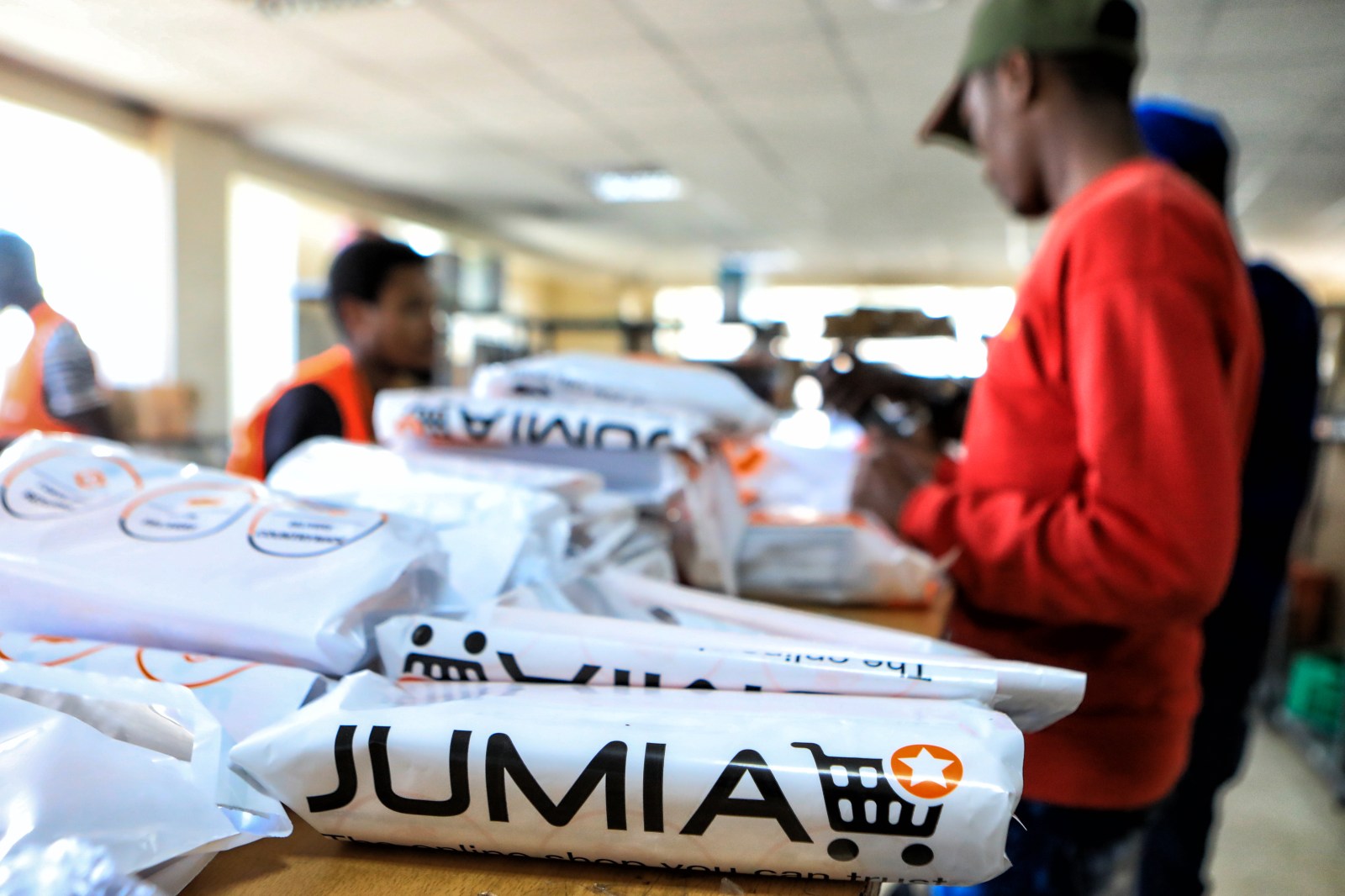 epa07508688 Workers package goods inside a Jumia distribution centre at the Jumia Kenya offices in Nairobi, Kenya, 15 April 2019. On 12 April, Jumia Technologies AG, founded in 2012, officially announced its listing on the New York Stock Exchange (NYSE). According to a press release and media reports, Jumia is said to be the leading pan-African e-commerce platform operating in six regions in Africa, which consist of 14 countries including Kenya and the first tech start-up from Africa to float on Wall Street. Jumia's e-commerce platform has more than 81 thousand active sellers transacting online with millions of consumers and directly employing more than five thousand team members in Africa. EPA-EFE/Daniel Irungu

One should never take reports written by short sellers (who have taken a bet that a stock price will go down), entirely at face value. However, a report on Jumia Technologies, dubbed Africa’s Amazon, does raise questions and concerns.

Barely a month after its celebrated listing on the New York Stock Exchange, Nigerian e-commerce company Jumia Technologies, in which MTN has a 30% stake, has been called an “obvious fraud’ whose listing is the “worst abuse of the IPO system since the Chinese RTO fraud boom almost a decade ago”.

The comments were made in a report released this week by US short-seller Citron Research. Citron adds that “worse than being ‘the most expensive’ US listed e-commerce company, Jumia financials show a stagnant business that has burned through $1-billion and has moved the suckers’ game to the US Markets”.

Jumia was founded in 2012 by former McKinsey & Company consultants and was initially known as Kasuwa, which means “Market” in Hausa, a language spoken between 40- and 50-million people in West Africa. The business was initially funded by German venture capital firm, Rocket Internet but later MTN and Millicom, among others, bought into the founders’ vision of creating an African version of Amazon.

Like most internet companies, Jumia has yet to record a profit. It reported losses of €165.4-million and €170.4-million in 2017 and 2018 respectively to bring its total accumulated loss to €862-million for the seven-year-old company. The numbers are typical of tech start-ups whereby scaling up and growing market share is foremost to achieving profitability over the long term, says Sinesipho Maninjwa, a CA and a financial news commentator.

Notably, she adds, Jumia saw a 40% rise in revenue on FY2017 and amassed over four million customers by FY2018. Since less than 2% of retail sales are completed online, Jumia has huge upside potential with the increase in smartphone and internet penetration making it feasible for more transactions to come online.

However, according to Citron, at the end of 2018, Jumia had a year’s worth of cash left and its two largest shareholders, MTN and Rocket Internet were not interested in providing additional funding, and wanted an exit. Jumia’s solution, Citron claims, was to fudge its numbers and list the company.

Before coming to the US Markets, Jumia made an effort in 2018 to raise capital. This is where the rubber hits the road, or veers off it. According to Citron the information contained in Jumia’s confidential investor presentation of 2018 differs materially from Jumia’s latest F-1 filing.

It says that Jumia inflated its active consumers and active merchants figures by 20-30%. Further, Jumia removed from its F-1 filing the fact that 41% of orders were returned, not delivered, or cancelled.

“When a company markets to investors ahead of its IPO and then a few months later omits material facts and makes material changes to its key financial metrics to make the business seem viable, this is securities fraud,” says Citron.

Also suspicious, says Citron, is the recent transparency on its sales agents. Jumia pays commissions to a third party sales force called JForce Consultants. Sales through this channel account for 30-40% of net merchandise value. Yet last month, Jumia amended its F-1 saying it had “recently received information alleging that some of our independent sales consultants, members of our JForce program in Nigeria, may have engaged in fraudulent activities”.

This information was missing from the original F-1 from a month earlier which means one of three things, Citron says. Jumia just found out about this historical fraud; this is a new fraud that will affect future financials, or Jumia has been hiding the fraud for some time but going public forced their lawyers to add this language.

In addition, Citron notes that Nigerian media had previously commented on “shady deals” and “fraudulent activities” at the e-commerce firm.

Nigeria is not an easy place to do e-commerce for plenty of reasons including logistics, poverty, and a culture of corruption. So much so that Naspers, the largest tech investor in Africa, sold its Nigerian e-commerce company, Konga, to Zinox Technologies in 2018, digesting a 90% loss on its original investment. This reflects Naspers’ bearish view on the Nigerian e-commerce market. In comparison, the tech company has since announced plans to invest over $300-million in South African tech businesses.

All of this does not necessarily mean that Jumia is a fraud or a house of cards, about to tumble.

“MTN must have been comfortable with the Jumia financials,” says Terence Craig, chief investment officer at Element Investment Managers. “Reports from short sellers do tend to be a bit alarmist.”

That said, he adds that there are issues in the Citron report that are “a little concerning, all of which will not reflect well on MTN”.

MTN referred queries to Jumia, which had not replied at the time of going to press. It is possible the company will address the report at the release on May 16th of its results for the quarter ended March 31, 2019. DM