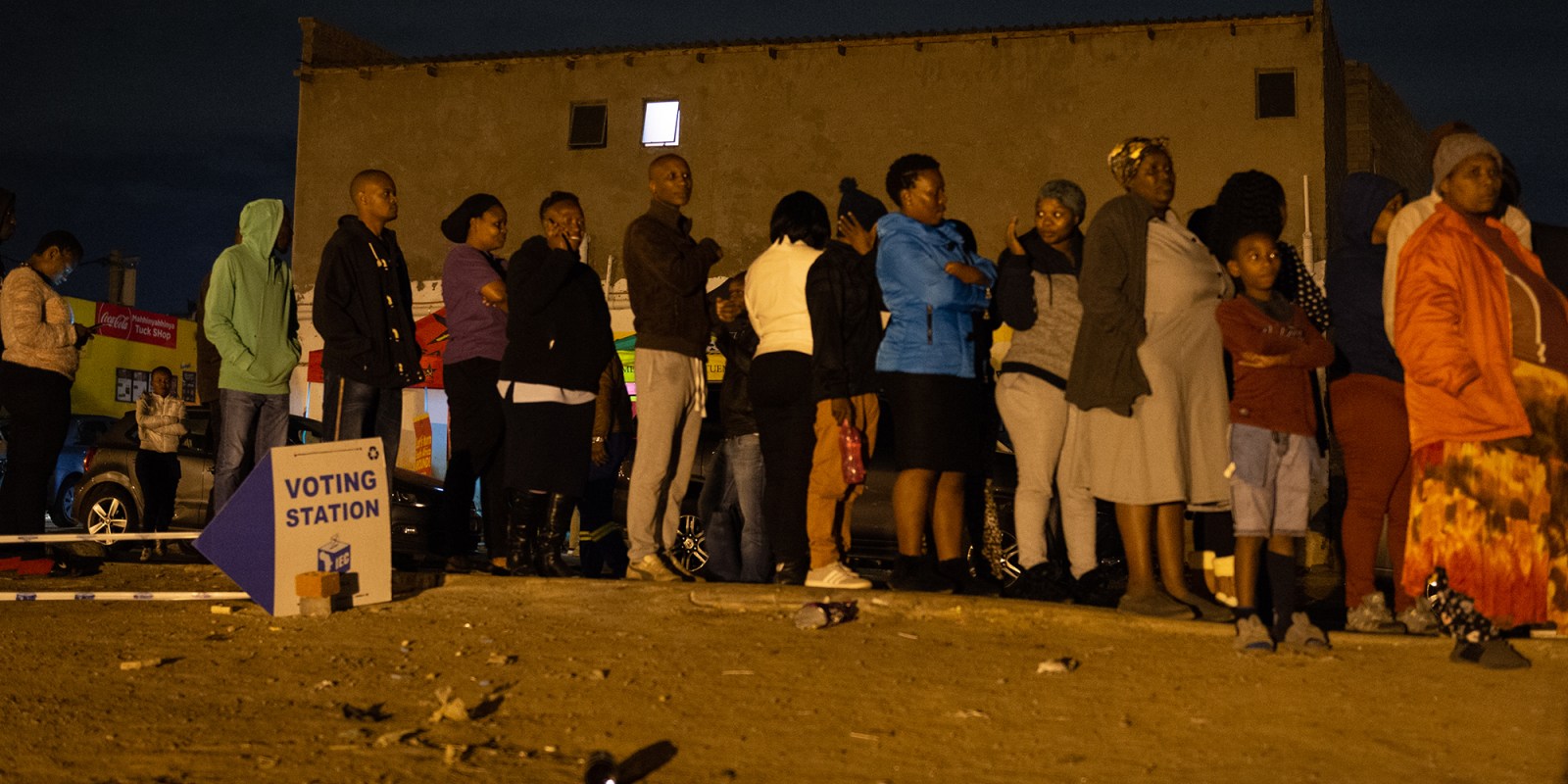 People queue to vote in the evening at a polling station in Alexandra, Johannesburg, South Africa, 08 May 2019. The ruling ANC is expected to win the 5th elections since the end of Apartheid. EPA-EFE/YESHIEL PANCHIA

There was a spike in protests across the country in the build-up to the elections, engulfing Gauteng, the most sought-after province. Daily Maverick looked at voting patterns emerging from some of the hot spots. By Ayanda Mthethwa, Yanga Sibembe and Leletu Tonisi

In the run-up to the elections, protesting residents of Alexandra, next door to Sandton, said they were still living in squalor 25 years after democracy, despite the R1.6-billion earmarked for the Alexandra Renewal Project.

Results from the 2014 election show that Alexandra is an ANC stronghold; the 2019 results are following a similar trend despite the protests.

Data from the Independent Electoral Commission (IEC) show that in the 2014 general election, people voted for the ANC in 11 voting districts out of the 12 in the area. In one district more people voted for the IFP, which got 47.50%, or 978 votes; second was the EFF at 11.64%, followed by the ANC with 9.96%. At the time of writing, 2019 results for this specific district were not yet available.

But DA member of Parliament Ashor Sarupen said it would appear that the pre-election service delivery protests in places such as Alex and Ennerdale did not affect votes. He was adamant that the DA retained strong numbers in those areas.

“We seem to have won all the Ennerdale voting districts and we have held our vote in Alexandra,” Sarupen said.

“The EFF had stated that they are aware that the ANC is behind (and) had staged these protests, particularly the Alex one. These things have a strong ANC influence on them, and it hasn’t seemed to have helped the ANC either,” he said.

Ennerdale is notorious for protests. Most recently, there were protests in October 2018 and again in mid-April 2019. Even though they were not explicitly politically motivated, they too were centred on service delivery.

The ANC enjoys the most support in the suburb. However, despite maintaining their dominance in the area, they have lost a substantial number of votes between the 2014 and 2019 elections.

Ezra Letsoalo, party representative of the ANC in Gauteng, said there was still hope. “There might be an array of factors that would have led to the results as we are seeing them. Obviously you would still have to do a thorough analysis around what would have resulted in the outcome so far but as we have stated earlier on, we are still optimistic that we will retain the lead.”

The ANC’s loss of support coincides with significant gains made by the EFF in the area.

Although the scale of protests in Pennyville – in early April – was not as large as those in Alexandra and Ennerdale, they were again driven by inadequate service delivery.

On the Ground (part 2): South Africans finally get to have their say

Behind the scenes: journalists sit it out at the IEC nerve centre

KwaZulu-Natal: Old kid on block back with a vengeance