Women voters: ‘I am voting for other women and giving...

Women voters: ‘I am voting for other women and giving them a voice’ 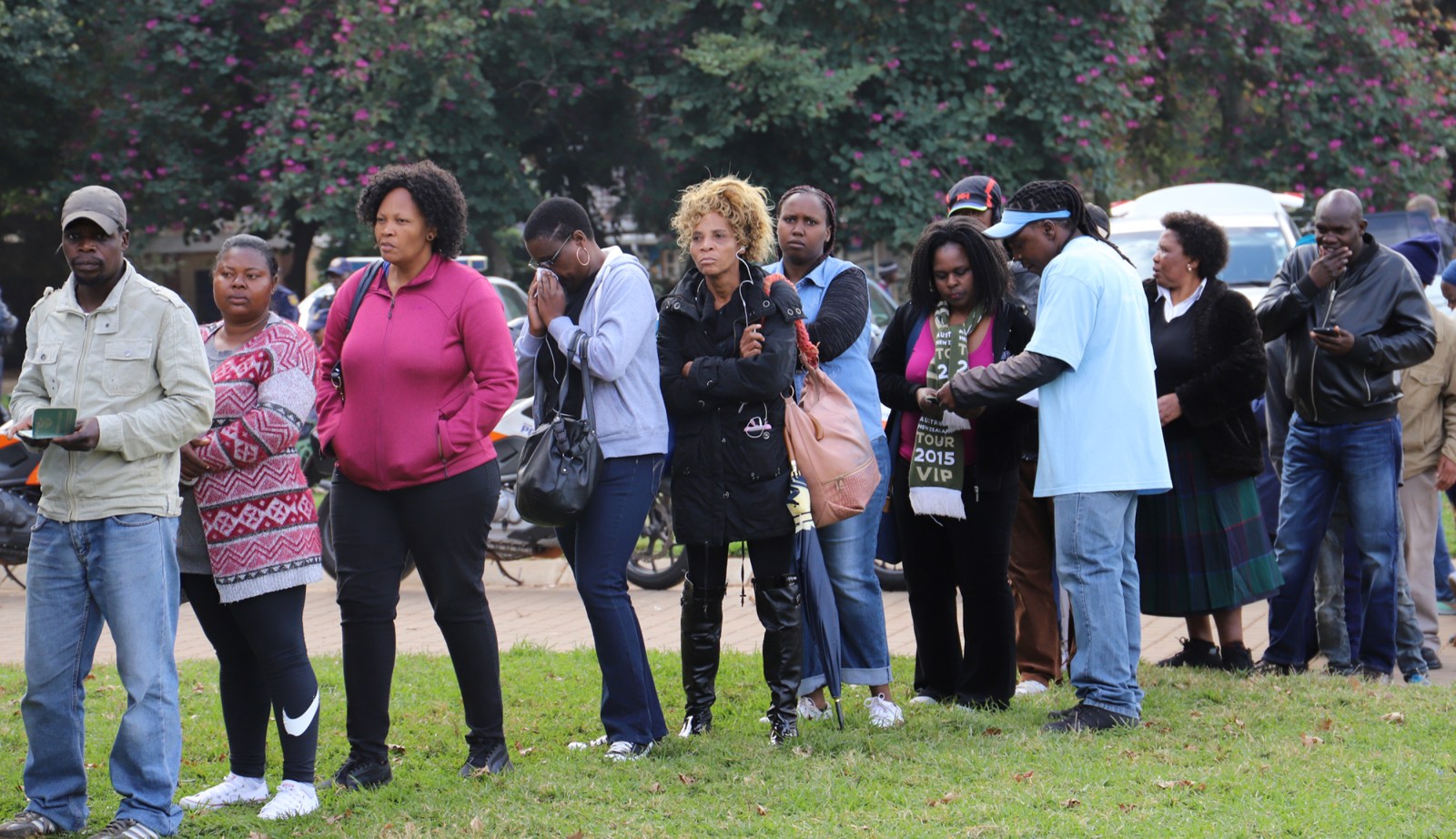 Women at Joubert Park voting station in Johannesburg, Gauteng prepare to cast their vote as they want to see a change after the 8 May 2019 Election. (Photo: Chanel Retief)

On the eve of the 2019 elections, Gender Links announced that women, at 55%, constituted the majority of voters. Women have consistently contributed the largest portion of voters since the 2014 national elections. Daily Maverick spoke to several women at the polling stations on Wednesday, 8 May to find out what inspired them to cast their vote.

Johanna Kgoma, 50, who made her way to MC Weiler Primary School in Alexandra, Johannesburg, to vote, lives and works in Alexandra Ward 91, a predominantly ANC ward.

She is a teacher at a local creche. Because the creche would run out of funding, she said, she was sometimes left without a salary and even, on occasions, a job.

“I believe voting is important and the new leaders will hopefully do better than the old ones. I would like to get a permanent job. I would also like the party to bring more houses, water and electricity to Alexandra,” said Kgomo.

Mary-Ann Vorster, who was voting at a station in Sophiatown, also in Johannesburg, told Daily Maverick: “Since the first elections in 1994 things have progressed tremendously, especially for women. In the past women marched for their right to vote. So we should vote because we fought for this.”

Using the available data, Gender Links, the gender equality and justice NGO, predicts that the proportion of women in the House of Assembly will increase from 40% in 2014 to 44% in 2019. But Vorster was still concerned that although there were more women in Parliament, their voices were not being heard enough.

“Sometimes they put women there (in Parliament) just to make it a standard that a woman needs to be there. But I think we also need more younger women to step into Parliament. At least if women vote we will have more of that,” Vorster said.

Yolanda Dembula, 21, is a first-time voter and believes that women raise generations. By voting for a particular party, it meant you were voting for a certain kind of generation.

“I’m not just voting for myself but voting for other women and giving them a voice,” Dembula said.

She would be voting for the man who could lead a successful economy, and said she wanted to see more female voices in leadership. “I want women to be empowered and be recognised.”

“I vote for change,” said Nomboniso Konzapi, a resident of Langa, who was at Isilimela Comprehensive School in the Cape Town township.

Konzapi, who works as a nanny in Pinelands and Rondebosch, said she was voting because “we have children – they said they’ll give them jobs. They’re unemployed.”

She wanted the government to look at transport in her area because “we depend on that. We don’t have buses – MyCiTi and Golden Arrow.

“It’s difficult,” she said, explaining that there were only taxis in her area because the trains were not working.

Because of these transport difficulties, she had to wake up early to get to work. She had to get the direct taxi by 7.30am, otherwise she would have to take two taxis to get to work.

Konzapi said she was voting “because I was staying in a shack, and now I’m staying in a house”, having moved into her home in 2012.

Matshidiso Motsoeneng, 29, who has been voting since 2009, was at the station in Sophiatown, where she lives. She is a researcher at the Afro-Middle East Centre.

Motsoeneng said that as a female one of the biggest reasons she was voting was because of the need to deal with the prevalence of gender-based violence.

“To vote is an earned right, an earned freedom … When it comes to gender-based violence I think it is an issue that falls in gender mainstream policies, and that is something that many people don’t understand. Obviously, I think gender-based violence is just a symptom of society. There is a whole lot of issues such as socio-economic backgrounds, factors that are not being addressed that lead to such high rising numbers in GBV,” said Motsoeneng.

An analysis of political party manifestos, according to Gender Links, shows that the EFF has the most progressive gender provisions on issues such as gender-based violence, sexual harassment, teaching men about misogyny and patriarchy, and the economic empowerment of women. It also addresses the rights and protections of LGBTI+ communities. DM