2019 ELECTIONS: SINGING IN THE RAIN

Votes from the Hout Bay valley 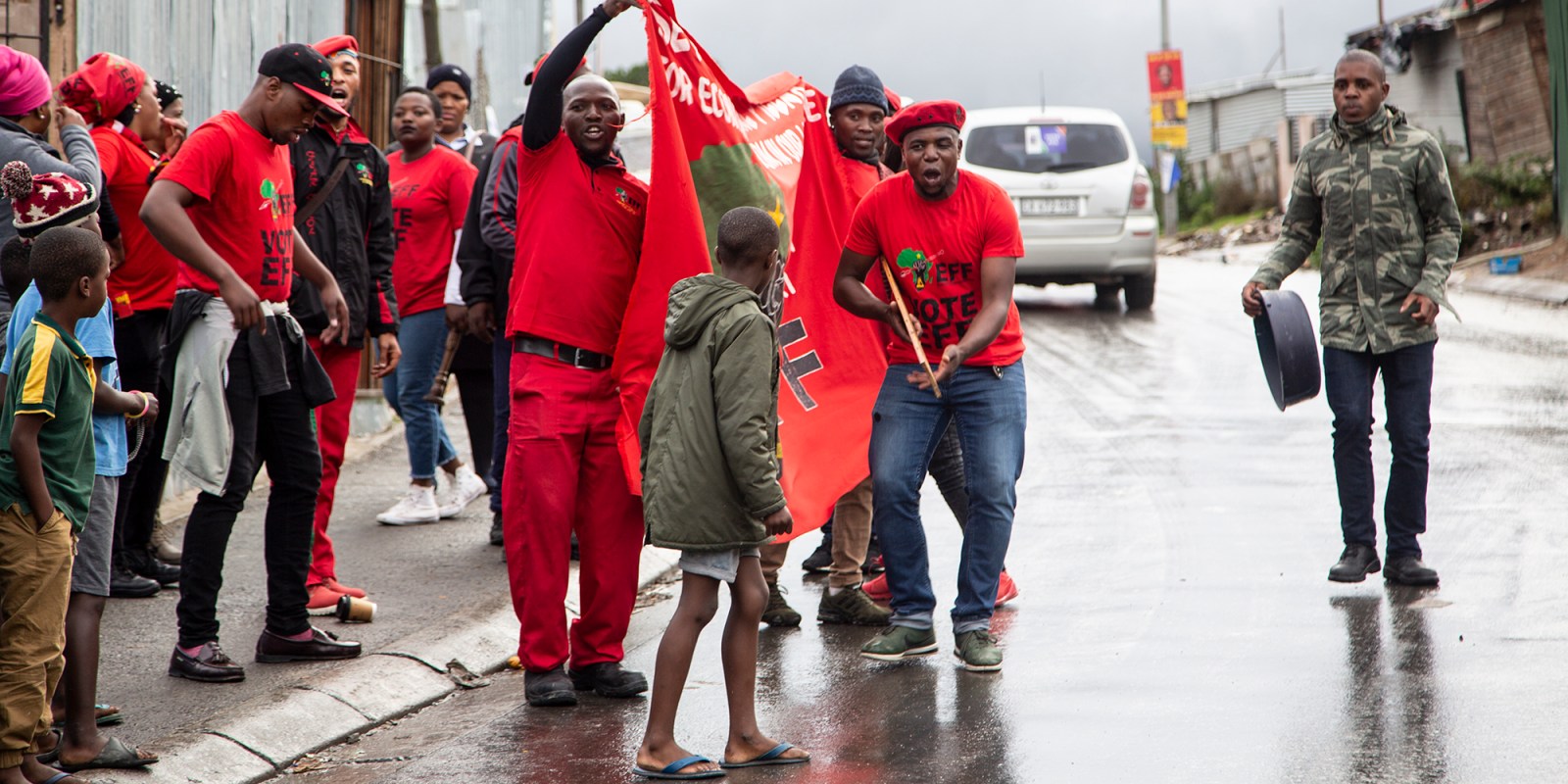 In the 2016 municipal elections, the DA was just one percent shy of a two-thirds majority in Ward 74, also known Hout Bay. But on 8 May 2019, it was the ANC and the EFF that made their voices heard.

In Imizamo Yethu, a settlement in the heart of the Cape Town suburb of Hout Bay, ANC supporters started singing and dancing along the wet road early in the morning. Despite the rain – and there was a lot of it – and despite the overflowing storm drain, residents turned up ready to cast their votes.

But just two hours into the day, proceedings at the Gospel Outreach Ministries ground to a halt as the electric scanner stopped working.

“I just tried to charge it,” IEC presiding officer Lydia Mondi told Daily Maverick. “It doesn’t flicker or anything so I don’t know if it’s charging or not.” She informed the area manager immediately, asking for a backup scanner so that the 3,700 residents could vote.

Outside the ministry, supporters of the DA, ATM, ANC and the Socialist Revolutionary Workers’ Party set up booths and tents, encouraging people to vote. Although ANC supporters were initially the most vocal, three hours after the voting station opened EFF supporters arrived with Woolworths coffees in hand and large speakers in tow.

With pictures of Julius Malema and Cyril Ramaphosa adorning the streets of Imizamo Yethu, it appeared the DA had lost some of its support.

“People need to vote for the DA provincially, but the ATM nationally,” said Kondile. “The DA is better in the Western Cape, but the ATM is bigger and better nationally.

About the current state of the country, Kondile said: “My South Africa isn’t going up, it’s going down. We need peace in our country, but we can’t make our country peaceful with fighting.”

By 10am, Mondi had started the voting process manually, but was worried about those who weren’t registered to vote in the district. Without the scanner, she was not able to check if citizens with bar-coded IDs were registered elsewhere.

Further into suburban Hout Bay, Ntombekhaya Ntosh also struggled with people trying to vote in the wrong district. Ntosh told Daily Maverick she had to turn away voters who attempted to skip the queue at another station by coming to hers, simply because she did not have enough forms.

Although registered voters are allowed to vote at any polling station, they are required to fill out a VEC 4 form to do so. These forms are used for registered voters who are not on the voters’ roll in a specific district. Ntosh said she had about 250 forms, of which more than 200 had already been used by midday. She, along with the IEC, had not anticipated so many out-of-district voters.

Outside Ntosh’s voting station was a single DA booth, a stark contrast to the vibrancy of Imizamo Yethu. In Hout Bay Heights, party booths were filled with shivering supporters as the cold wind picked up. 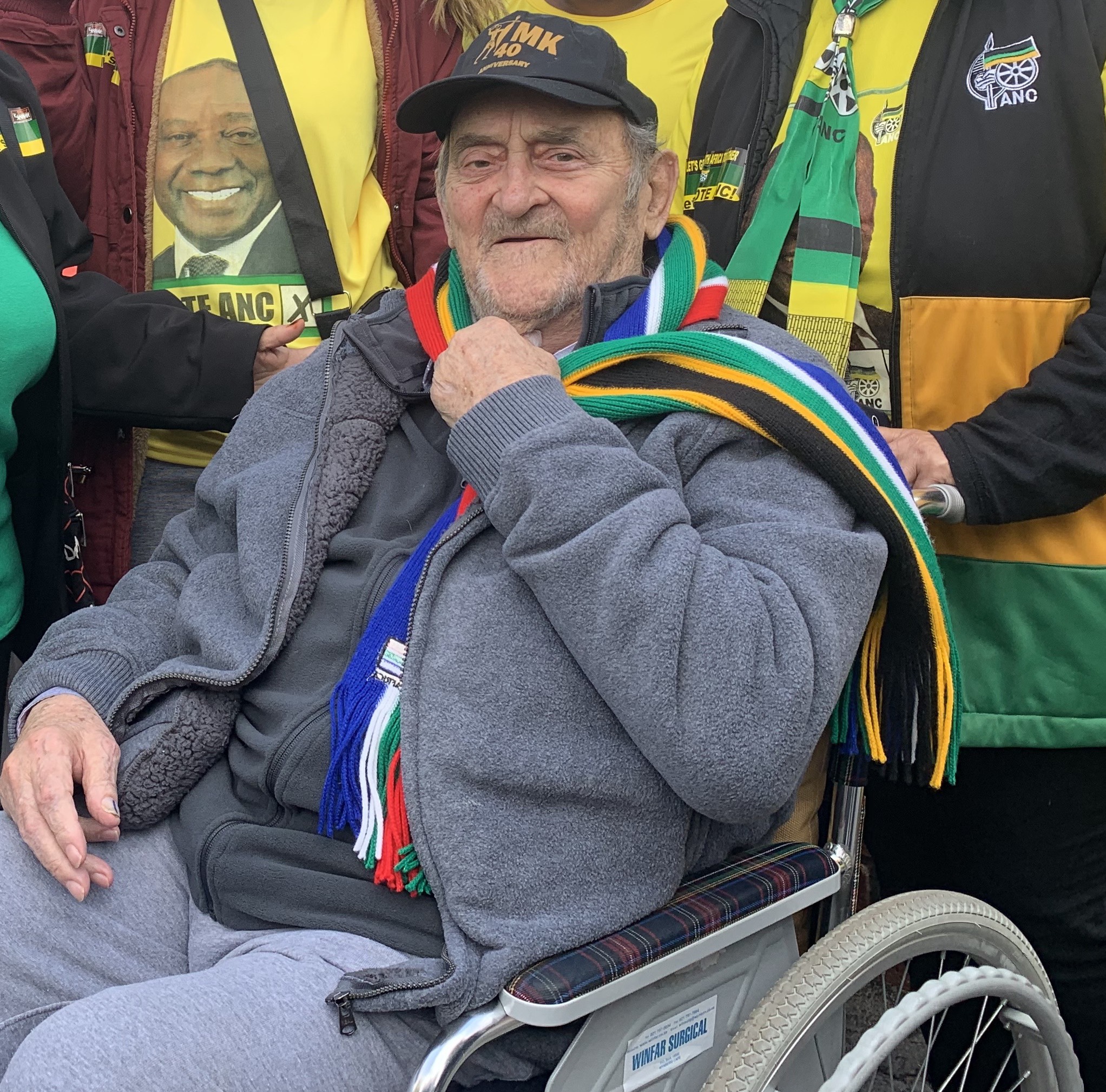 But the weather did not deter struggle stalwart and Rivonia trialist Denis Goldberg. Wheelchair-bound Goldberg, who was imprisoned for 22 years with other struggle heroes such as Nelson Mandela, opted to vote with other Hout Bay residents on Wednesday rather than apply for a special vote.

After casting his ballot, Goldberg spoke to the media; he criticised the EFF’s violent rhetoric, saying the party “put forward everything that is opposite to our Constitution”.

The 86-year-old said “naturally” he had voted for the ANC, despite living in a DA-run ward.

Although the DA was present in Hout Bay on election day, overall the party made less noise than its political competitors. DM