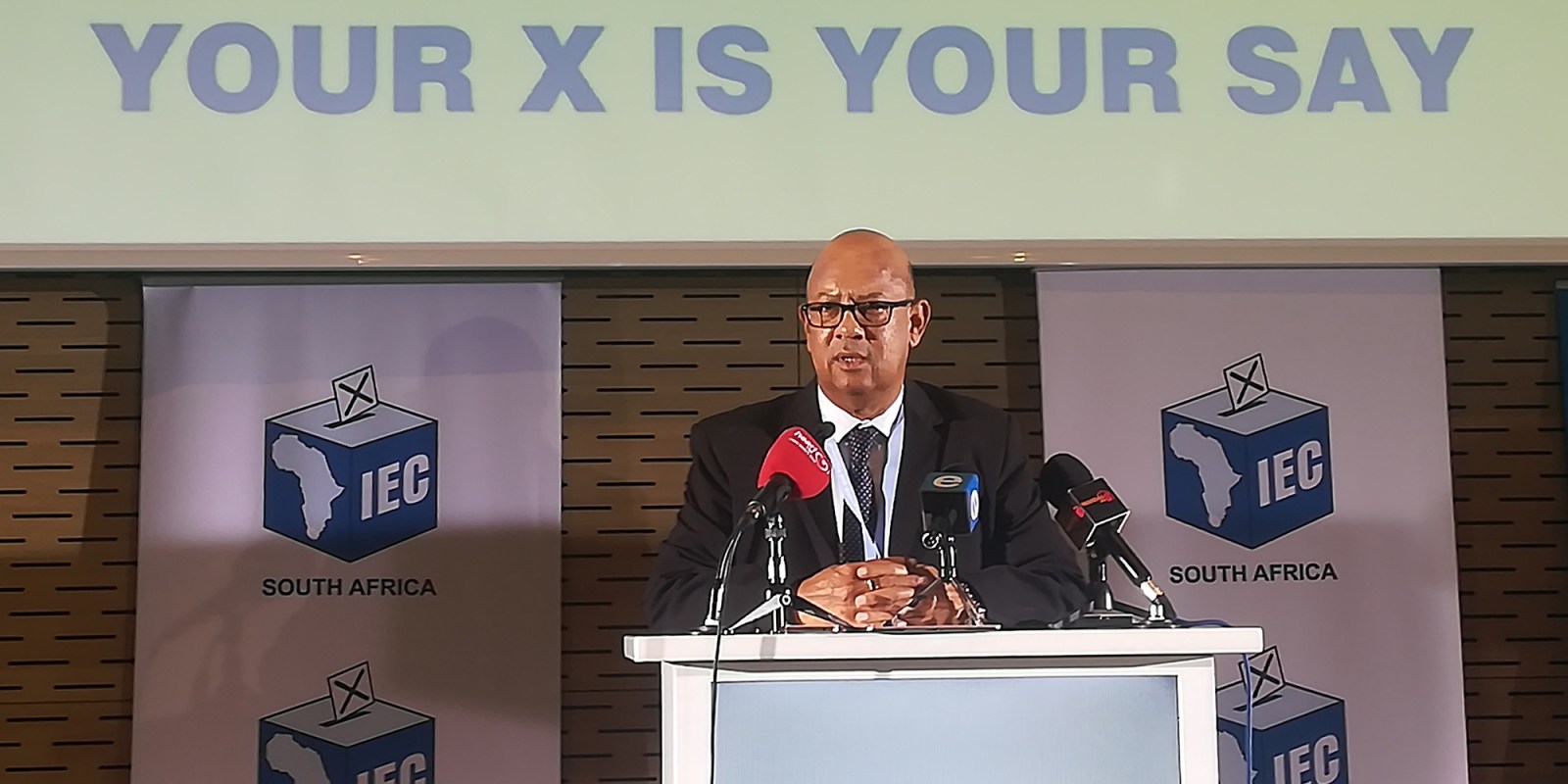 On a rainy Cape Town day, the sixth democratic elections took place. Daily Maverick accompanied a special Electoral Commission of South Africa tour of Cape Town with members of the diplomatic corps to observe the voting process. For voters and observers alike, the usual suspects were obvious: Housing and jobs needed to be addressed immediately after the polls.

In Langa, one of the quirkiest moments of an election day bus tour with the diplomatic corps was when an observer asked if the person on the yellow poster was former rugby player Bryan Habana. Someone replied “no, it’s (Springbok rugby captain) Siya Kolisi” — but it was not a rugby star — it was, in fact, UDM president Bantu Holomisa.

Jokes about rugby players aside, it was a rainy day in Cape Town when Daily Maverick met some voters while on the tour with 24 diplomats, IEC officials and members of the media to five different places in the Cape Metro — Langa, Khayelitsha, Mitchells Plain, Philippi and Manenberg.

At a voting station in Mitchells Plain, we met retired school teacher Zita Cheemee, who had just voted. A teacher for 37 years and now a volunteer at a school in the area, Cheemee was permitted to move to the front of the queue because she is a pensioner.

“I hope the party I vote for makes a difference,” she said at Colorado Hall. Cheemee was one of 4,000 people registered to vote in that district.

She has been living in Mitchells Plain for more than 30 years. As observers and IEC officials went inside the voting station, Cheemee told Daily Maverick:

“I’ve seen Colorado grow,” even during the 2018 protests in Siqalo informal settlement near her house.

“People are coming here and they don’t have a house — it causes mayhem,” she said, adding that housing and influx control should be a top priority after the elections.

It was back on the bus again, and this time into neighbouring Brown’s Farm in Philippi where the tour visited Intsebenziswano Senior Secondary School, where voting district co-ordinator Mzingisi Jwili asked ANC members who marched and sang as they got to the voting stations, to leave the voting area.

After Jwili had persuaded the crowd to leave, he spoke to Daily Maverick.

The centre had 4,000 people registered to vote there. Jwili said voting opened at 7.30am. But he was dissatisfied that one of five classrooms used for voting was on the first floor, which posed difficulty for elderly people.

The problem was solved as arrangements were made to allow those affected to vote in a ground-floor classroom.

Jwili told Daily Maverick his biggest concern was jobs and houses — “most of the people here struggle to get a house”.

He wanted the incoming government to take care of people’s needs after the elections by creating employment, improving salaries and addressing the high cost of living.

“If food is going up, petrol is going up, your money is also supposed to go up,” said Jwili, who questioned why he was still unemployed, despite having a driver’s licence and a Public Driving Permit.

While the tour proceeded to its final area of Manenberg there was a downpour, but people still came out to vote at Phoenix High School.

After the tour IEC provincial electoral officer Courtney Sampson held a media briefing from the provincial results operating centre, where he provided an update of proceedings in the Western Cape. This included: