On the ground: Anxious rivals jostle together – all e...

On the ground: Anxious rivals jostle together – all eyes on the results board 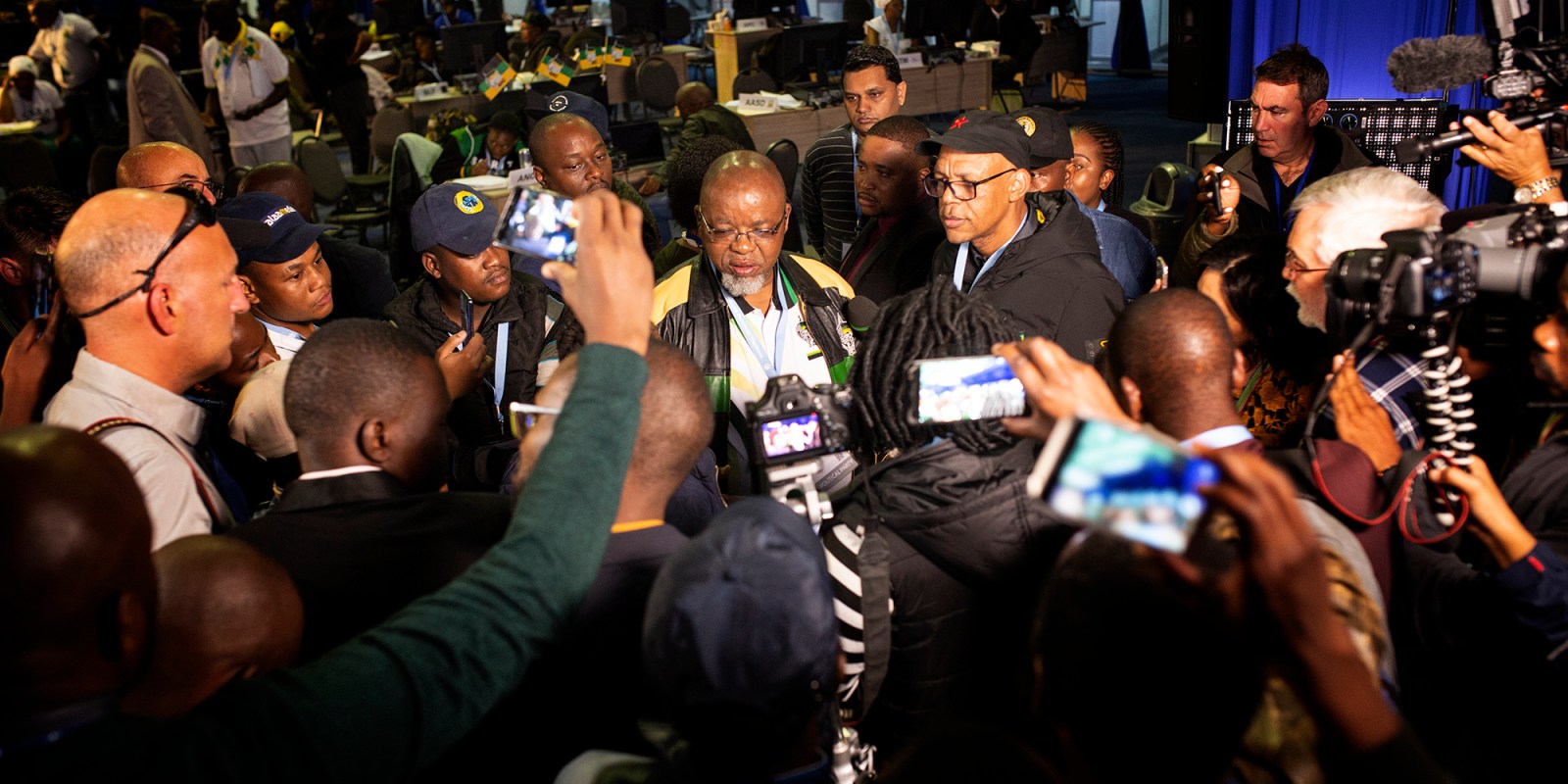 ANC national chairperson Gwede Mantashe speaks to journalists at the IEC Results Operations Centre in Pretoria as results start to trickle in on Thursday 9 May 2019. Photo: Leila Dougan

At the time of writing, 40.3% of all the 22,924 voting stations have been counted, producing 5,891,302 votes. And if voting turn-out is as good as the other years, the journalists and news agencies at the Results Operational Centre have a long wait ahead for the Independent Electoral Commission to finish counting the rest of the ballots that were cast on 8 May.

Journalists continue to wait for the full results and for the political party heads to get a comment on how they feel during this nerve-wracking time, as they binge on coffee.

Political party officials are stuck at their reserved desks in front of the big screen results board, with a desktop computer, as they keep track on the results as they are entered. Every 10 minutes the IEC updates the results, adding a 100 000 news vote. A look away, even for a minute might mean a significant change to a party’s votes, for the better or worse.

All the TV news channels, Newzroom Afrika, SABC, eNCA, have set up their mobile studios at the back of the hall, with their anchors holding interviews throughout the day, going through all the 48 political parties, asking them how they feel and what they expect on the results board.

Camera crews walk about carrying equipment and lighting, ambushing party and IEC officials to get a sound bite on the proceedings. And on every corner security guards wait, unseen and yet their presence is felt putting everyone at ease to go about their work.

Online print media such as Tiso Blackstar, News24, BBC, Reuters, Citizen, Bloomberg News, Rapport, Associated Press and Daily Maverick are tucked away in their booths writing away, fretfully chasing deadlines with the little information they have.

Radio stations as well are present at the ROC, placed on the balcony to do their work without noise interference.

At the centre of the auditorium, the IEC have set up a help centre to assist voters and parties with complaints. With reports of double voting across the country and especially in KZN, the IEC is sure to have a hard time counting the votes in a timely manner.

It is going to be a long wait for journalists and everyone gathered at the ROC.

However, Chester Missing passed by with a camera crew, and entertained the crowd, making jokes about a “tyrannical” Jesse Duarte, the Deputy Secretary General of the ANC in his televised show. Radio personality Skhumba from Kaya FM, Sizwe Mpofu Walsh with his alternative political news show SMWX and a host of news anchors walked to and fro, across the hall, soliciting comments from nervous politicians, waiting.

And at the entrance of the venue, Malcolm Wood, an admin clerk at the archive division of the IEC sat in front of the exhibition set up by the electoral commision to celebrate 25 years of democratic elections in South Africa.

For Wood, his job entails “capturing information” about “the IEC and previous Elections”. His office produces pamphlets to inform the public on the Code of Conduct during elections, how to register and how to vote.

The most commonly asked question that Wood gets during his tour in schools, old age homes and prisons, is how to register. According to wood, people don’t know that once you register your information with the IEC, it is placed in the system and you don’t have to register again.

This slightly affects voter turn-out as people think they missed the registration deadline even though they registered for the previous elections, said Wood.

And next to the IEC exhibition is a Telkom Internet Cafe and booth for all personnel at the ROC to use the desktop computers and printers.

According to Mooketsi Mocumi, Telkom Executive group communications, as an ICT partner and official sponsor of the IEC, Telkom is “responsible of all the online communications that happen at the results centre”.

Telkom has connected the ROC to all the nine provinces with 46,000km of fibre to ensure the integrity of the connection. Furthermore, over 1600 telephone lines were set up to ensure that IEC officials are connected throughout the counting process.

And all the broadcasting at the ROC is through Telkom, which Mocumi says took 12 months to plan.

At 2pm, the Chief Electoral Officer, took to the stage to brief the media on the progress of the results’ counting. According to Mamabolo, four people have been arrested in KZN for double voting. He said the IEC is currently conducting an audit on the extent of the problem, which might delay the final results of the elections. DM