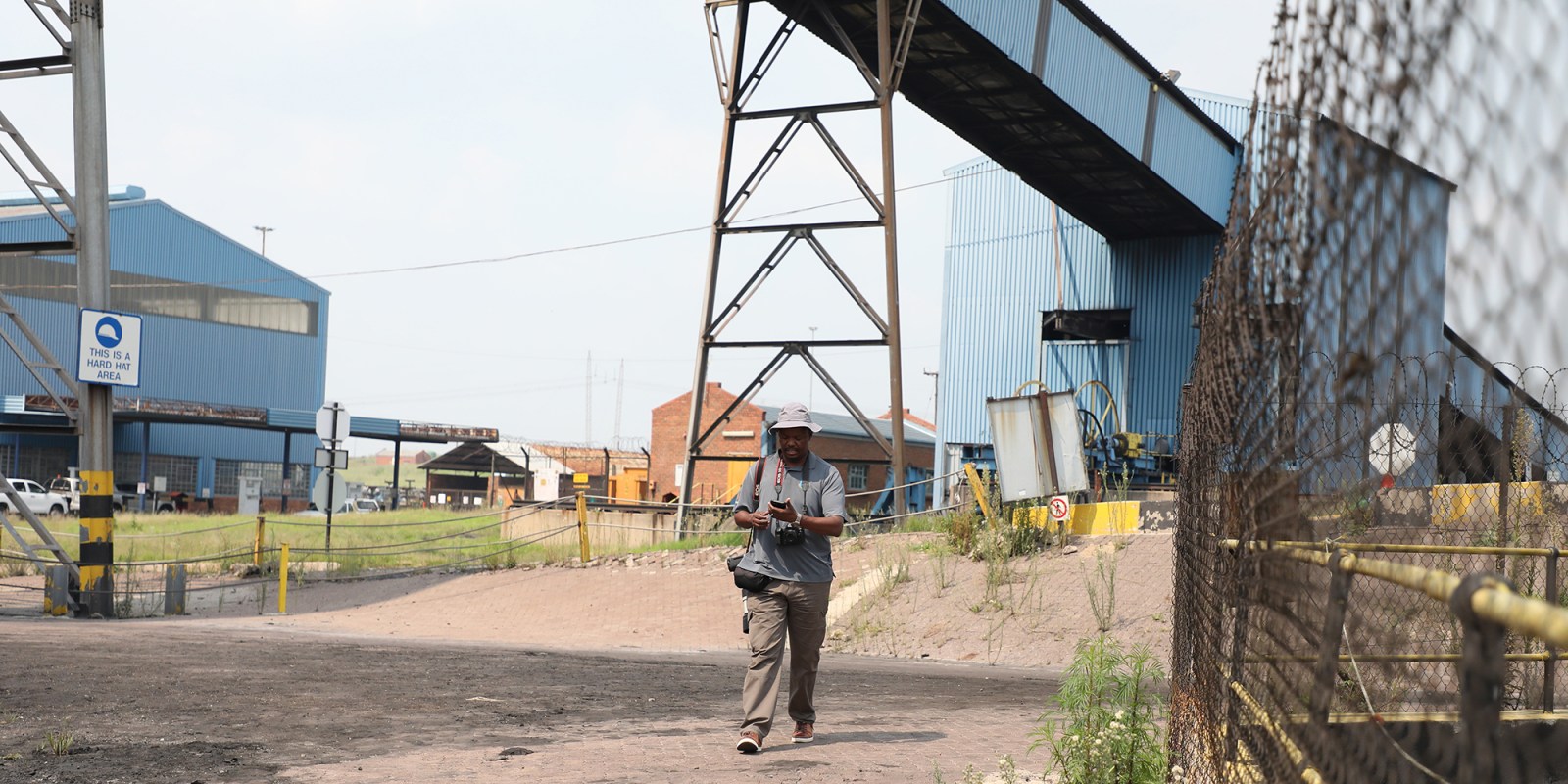 An underground gas explosion led to the deaths of five illegal miners at the Gloria coal mine in Middelburg, Mpumalanga on February 7, 2019. (Photo: Gallo Images / Sowetan / Thulani Mbele)

Sibanye-Stillwater had a brief scare last week when 1,800 workers at its Thembelani platinum mine were briefly stuck underground after some rails that were being transported below surface fell down a shaft. Within a matter of hours, all the miners were hoisted safety to the surface. The incident, which was rare and resulted in no casualties, highlights an often-overlooked trend in South Africa’s deep and dangerous mines — fatalities and injuries have for the most part been falling. Mining in SA is becoming safer, but work still needs to be done to close the gap with other mining jurisdictions, such as Australia.

In 2016, 73 miners were killed working in South Africa’s mining sector, or about 1.4 a week. That underscores the dangerous nature of the industry in South Africa, which is home to the world’s deepest mines.

Operating in such a challenging geological setting is not for the faint of heart. In almost any given week someone is likely to die in the process of extracting gold, platinum, coal, iron ore or some other commodity. To find a more dangerous vocation one might have to become a drug dealer in a turf war.

Yet 2016 was a banner year for mine safety in South Africa — that fatality figure of 73 was a historic low since records have been kept. South Africa’s mines are no longer the deathtraps they were during apartheid when hundreds of overwhelmingly black miners were killed annually on the job. Huge strides have been made on the safety front and if the trends of 2019 are maintained, 2019 may set a new record for safety.

That doesn’t mean that there is room for complacency and the ultimate goal of “zero harm” is a long way off. In 2017, deaths spiked to 90, mostly in the gold sector, before falling again to 81 in 2018. And 2018 was marred by three exceptional cases classified as “disasters”, meaning five or more people were killed in a single incident, including two at Sibanye gold mines, one of which was related to a seismic event. Those three incidents accounted for 18 of the deaths that year.

The trend in 2019 has been far more promising. According to the latest unpublished weekly report shared by the Department of Mineral Resources with various industry stakeholders, which has been seen by Daily Maverick, 13 miners died at work in the first four months of the year compared with 24 in the same period in 2018. And there is another data set that is more instructive.

The best yardstick for measuring mine safety, especially on a comparative basis, is not the sheer numbers, as South Africa’s mining industry remains much more labour intensive than, say, Canada or Australia, which also have very large mineral sectors.

And according to the Minerals Council South Africa, for the first four months of 2019, it has fallen to 0.04. That remains higher than the 0.02 recorded by the mineral-rich Canadian province of Ontario in 2017 (which had no deaths in 2016), or the 0.01 posted by Australia in 2016 (the comparative rates for 2018 still are not available). But the trend is clearly narrowing.

There are a number of reasons behind this state of affairs. One has clearly been political: The Department of Mineral Resources (DMR) takes mine safety seriously, though there have been legitimate industry concerns over the years about mine inspectors stopping operations — at great cost in terms of lost production — for minor regulatory infractions. It is also a major issue for unions. All stakeholders have been working together to create a safer mining environment through initiatives such as the CEO Zero Harm Forum.

It is also on boardroom radar screens. Foreign and domestic investors are increasingly paying attention to ESG (Environment, Social and Governance) issues. Much of this is no doubt lip service and window dressing, but there are big funds that make it a priority. And a mining company with an appallingly bad health and safety record can be radioactive.

The same goes for companies that provide support to the mining industry. Executives in this sub-sector will tell you that for the sake of their corporate reputations, they prefer to keep miners with poor safety scores at arm’s length.

There are still outstanding issues. Organised labour maintains that production targets, formal or informal, can sometimes lead to accidents as safety rules are ignored in a bid to achieve them, either by management or workers who feel under pressure because the shafts where they operate are on the edge financially.

Innovations, some fairly simple, have paid big safety dividends. Netting to catch falling rocks at the stope, where drilling and blasting take place, has saved scores of lives in recent years. And a lot of resources has also gone into the study of seismic events.

“Through the Mine Health and Safety Council, more than R250-million has been spent on research into the seismicity associated with our deep-level mines … As a result of the interventions by companies, the DMR and organised labour, the number of fatalities associated with seismicity fell from 48 in 2003 to 14 in 2018,” the Minerals Council said in response to queries from Daily Maverick.

There are also fewer workers at the stope, thanks to mechanisation. Much of South Africa’s geology does not lend itself easily to mechanisation — the reef is too narrow and gradients too steep for machines to gain access. But machines that drill and bolt are getting lower and more powerful (allowing them to gain traction), while new tunnelling technology dispenses with the blasting — and rock-drill operators — altogether. The social cost on this front is a reduced labour force, but it is the future.

Indeed, mechanisation is one of the reasons the platinum sector saw a 60% fall in fatalities in 2018 to 12 from 29 the year before. Anglo American Platinum (Amplats), the world’s top producer of the white metal, has made a concerted pivot to mechanisation.

In 2018, two of its employees died on the job, compared with six the year before. And of the two deaths in 2018, one died in a freak incident on the surface that had nothing to do with mining. The unfortunate man was killed by a swarm of angry bees on site at Amplats’ Amandelbult Mine. DM