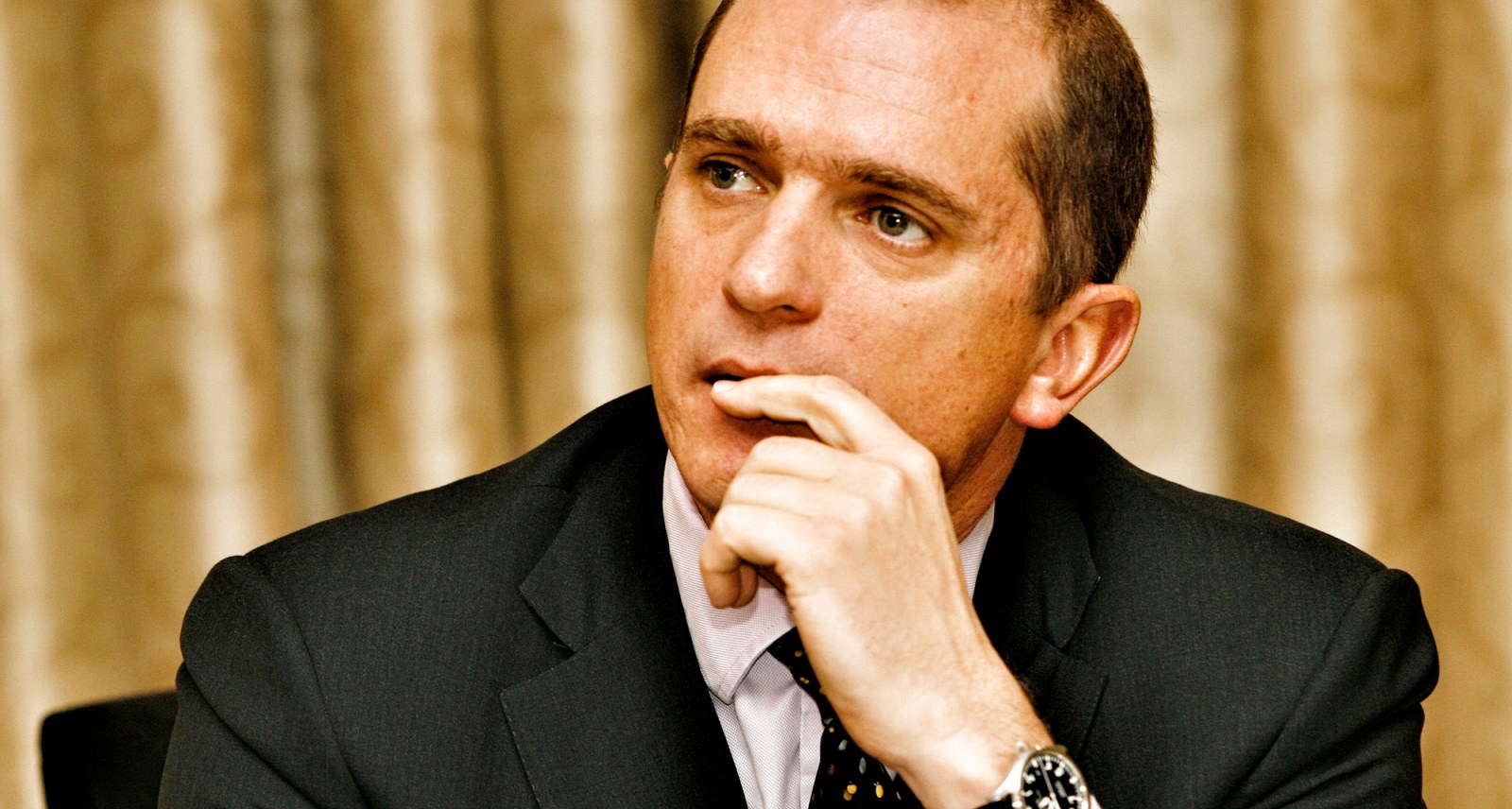 JOHANNESBURG, SOUTH AFRICA ñ 27 August 2009: Massmart Chief Financial officer Guy Hayward stated on Thursday 27 August 2009 that the crimes sparked by the recession have dented Massmartís profits and that they are suffering because of well orchestrated crime. (Photo by Gallo Images/Foto24/Lisa Hnatowicz)

Without economic growth, South Africa’s retail sector will continue to tread water while cutting space and shedding jobs. Judge him, but there’s no denying that Massmart’s CEO held the reins at a very difficult time.

When Guy Hayward shifted seats from Massmart CFO into the CEO hot seat on June 1, 2014, the Massmart share was trading at R135.09. Hayward could not have foreseen that the coming years would be among the toughest faced by South African retailers — after all, up until 2015 retail in South Africa had experienced fairly good growth, even post the financial crisis. However, when his resignation was announced on 6 May 2019, the share price, at R91, was 48% lower than it was five years previously.

At that time, in June 2014, the national elections had just been held where the ANC won with a reduced majority of 62.1%, down from 65.9% in the 2009 election. Public Protector Thuli Madonsela’s final report on security upgrades to former president Jacob Zuma’s private home, Nkandla, was causing a storm of controversy; the SABC was accused of censorship and the Secrecy Bill was making its tortured passage through Parliament. Since then economic growth has hovered between 0.2% and 1.4% — hardly the stuff that economic miracles are born of.

While no reason was given for Hayward’s decision, the fact that no successor was announced has alerted the market to the fact that all may not be well within Massmart.

This was a far cry from the situation in 2012, when US retailer Walmart acquired 51% of Massmart for $2.5-billion, much against the wishes of unions and minister of economic development Ebrahim Patel.

At the time, SA retail was slap bang in the middle of a truly “purple patch”, says Reuben Beelders, CIO at Gryphon Asset Management.

“Where a large portion of the South African market was previously serviced by informal traders, the last 15 years has seen the formal trade “take over” that territory. Social grants were a massive tailwind, and store-expansion was significant. But these tailwinds are now headwinds — social grants are built into the price and retail space is in abundance.”

Walmart’s much-vaunted global supply chain was not the golden elixir many thought it would be.

“Retail markets have been tricky globally,” says Nic Norman-Smith, CIO at Lentus Asset Management. “Replicating retail success outside of one’s home market has proved difficult for many retailers and Walmart is no different. Despite their incredible success in dominating US retail, they have not had strong results abroad. They wrote off a large chunk of their investment into Brazil in 2018 and they’re currently struggling to plot a way forward for their investment in Asda in the UK. By paying a high price for a very popular asset (at the time) when the rand was relatively strong, Walmart has experienced significant value destruction.”

Well-known issues like competition from online retailers and changing shopping habits have also contributed to the woes of traditional big-box retailers, and in particular general merchandise retailers like Massmart. The weak SA economy and depressed consumer spending environment compounded the problem.

“Massmart has underwhelmed the market,” adds Junaid Bray, head of equities at Argon Asset Management. “While it has good businesses like Makro and Builders Warehouse, others like Game and Jumbo Cash n Carry have been struggling. I think it may be a good time for fresh thinking in the group, to perhaps turn the underperforming businesses around.”

However, CEOs are often a victim of the business environment they happen to be operating in.

“Guy Hayward was handed a bit of a poisoned chalice when he stepped into the CEO role,” says Wilhelm Hertzog, a portfolio manager at Rozendal Partners. “Yes, there are always arguments to be made that a CEO could have been quicker to act to reposition the business, or cut costs, but operating a business like Massmart in the environment we have had in SA was always going to be an uphill battle.”

To understand the environmental factors, it is worth comparing Hayward’s tenure as CEO with that of Mark Lamberti, who served as Massmart’s CE between 1998 and 2007, growing annual sales from R360-million to R47-billion while employees increased from 2,000 to 25,000.

“Lamberti built Massmart into the business we know today, and all credit to him,” says Hertzog. “But he was operating with a huge tailwind of developing shopping habits that were in Massmart’s big-box format’s favour and booming consumer spending in SA in the early to late 2000s. That is why the company was able to churn out fantastic numbers year after year.”

After 20 years with Massmart, it is very possible that Hayward, 52, is simply looking for a change of scenery. But it is also possible that like Shoprite CEO Whitey Basson before him, and to a far lesser extent Clicks CEO David Kneale more recently, he saw the challenges ahead.

“I see the sector being a very difficult space to operate in for the next few years,” says Beelders.

“The reality is that CEOs have access to information which investors only see down the road. Very often the financial budgeting and capital budgeting processes that they are exposed to give them a very good indication of what the future holds.

“So let’s consider Whitey Basson and David Kneale. While David’s departure is fairly recent, I believe that if one was sufficiently cynical, Whitey’s exit was very well timed. He is not the first and won’t be the last to get this decision right.” DM