Licence to offend: Coconut Kelz, the best thing to happen to SA comedy in a long while – are you ready? 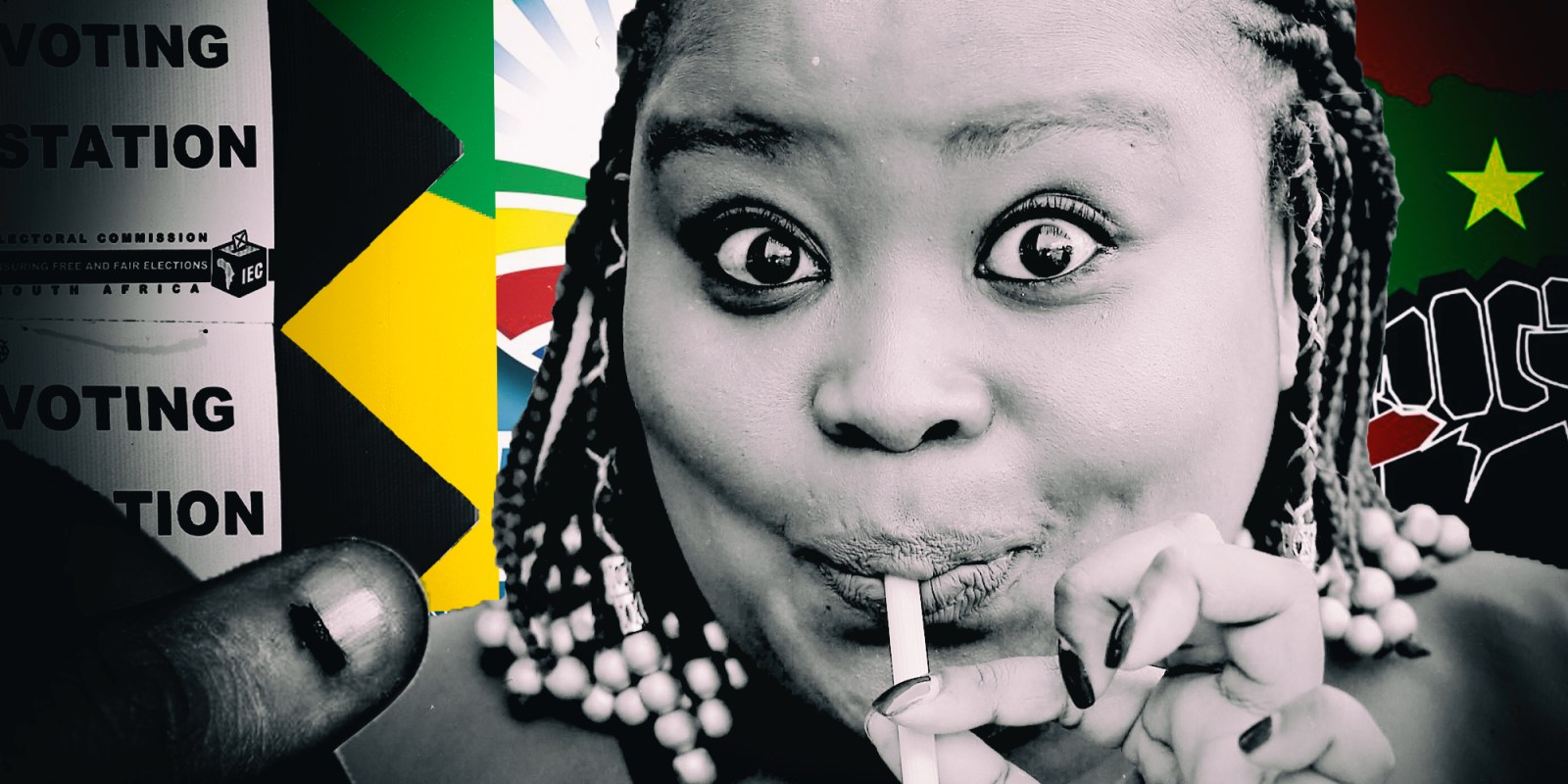 Election campaigns throw into stark relief the underlying mood of a nation. South Africa, in the run-up to this crucial 2019 poll, has delivered to a larger public platform one of the best things to happen to home-grown comedy and satire in a long while. Meet Coconut Kelz, alter ego of the singularly talented Lesego Tlhabi, now on a screen near you.

Pieter-Dirk Uys, who helped trowel in one of the cornerstones of South African political satire, has always maintained that much of his material is written by politicians – both apartheid-era as well as contemporary usual-suspects.

Mirroring – on a public platform – absurdity, bigotry, ignorance, venality and insult back to those responsible for it, is a powerful form of subversion. It undermines the very architecture of what props up the charade.

So, meet Coconut Kelz, race-fluid, “transracial” walking billboard for Caucasity (as she terms English-speaking whiteness in particular) – a member of the Global Transracial Support Group headed by its international figurehead, Rachel Dolezal.

If you are middle-class, white, English-speaking and find yourself in this suburban echo chamber of privilege, you will recognise what comes out of Kelz’s mouth. It has probably come out of your own in some form or other.

If you happen to be on the receiving end of interacting with this ubiquitous South African specimen, you too will howl in recognition at the audacious confidence and ignorance of those who dwell in the valley of Caucasity and who are unafraid, nay in fact proud, to reveal it.

Proximity to and intimacy with this particular brand of South African whiteness and it’s grinding nasal tonality, is what has disrupted Kelz’s sense of self. Tlhabi’s character is a figment of a particular white imagination – channelled, amplified and birthed into existence by her young creator.

She is a white woman trapped in a black body.

The disruptive optics of this, at first confused and outraged South Africans, black and white. Our wiring, as a collective audience, first needed to be tampered with, you see.

The comedy we have grown accustomed to of late, has been too easy. Sure it is good, often excellent, but mostly predictable.

Each episode of the Coconut Kelz Election Special begins with the national anthem and a disclaimer: “The following programme is not endorsed, affiliated or sponsored by any political party. But it could be … if you want it to. But seriously, it isn’t … not at all. So now you know.”

Tlhabi grew up in the same milieu as Kelz. The character was born, she told journalist Tholakele Mnganga, while she was still at school (she graduated in 2006) where she was “opinionated”. Her Facebook posts, she said, would attract comments from white people.

It is these that form the bedrock of Kelz’s psyche. But it is Tlhabi’s reworking of this into the material where the character’s genius lies. You cannot come away from an episode not quoting something outrageous Kelz has said.

Like this gem: “Corruption is something white people are good at. They have perfected how to do it well. Black people still don’t do it well. They are messy, they leave crumbs on the floor.”

Auditioning John Vlismas (whom she calls Johan and later mistakes for Deep Fried man) for her “Night of Caucasity Fundraiser”, aimed at “trying to raise awareness of white privilege, just how amazing it is, just how much we need it”, Kelz reveals that she and Khanyi Mbau belong to a global transracial support group headed by Donezal.

“I am not black. It is a condition, a psychological condition but it is something I am working towards,” Kelz explains to Vlismas.

“You do know you appear as non-Caucasian?” he suggests.

“I appear as ambiguous,” Kelz snaps back.

Kelz: “Ya, I am actually transracial … (gets emotional) my journey has been a tough one, um not a lot of people are aware about transracialism, where you just don’t identify with …this is quite hard …”

Vlismas: “Do you have a support group. I mean do you and Khanyi Mbau sit around and talk ..?”

Kelz “I do … Khanyi and I go to meetings. She is almost there though [Khanyi]. I mean she is lucky.”

In her posting for the Coconut Kelz Election Special, the peripatetic political activist interviews the DA’s Phumzile Van Damme about why the DA is “becoming a very aggressively black party with lots of isiVernac in their tweets. I am like ‘who are you trying to reach if people don’t understand?.’ Cause even when it says ‘translate’ it says ‘translate from Indonesian’.”

Coconut Kelz is unafraid and ready to confront and recruit anyone she meets to her cause. With her wig and her mission in mind, she provokes on the streets of South Africa, ordinary citizens. It is a treat to watch. Kelz makes visible the invisible and in so doing, disarms and expropriates it.

In an interview on Tonight With Jane Dutton, Kelz is her confidently ignorant self, defending the DA’s Dianne Kohler Barnard who, that week, faced an Equality Court hearing over “alleged racist and discriminatory complaints made at a staff workshop”.

“I want to defend Dianne. She is such a nice person, and you know she said some racist things apparently. But you know, she is not racist. I have been inside her house and she said to me Sawubona and that means ‘hello, I want to be in your friendship-zone and I want to sit in your house’. So, if all of that is racist then that is what Dianne is. She is actually super amazing. She was the one who created the key that let Nelson Mandela out of jail, she was the blacksmith, how can she be racist?”

Kelz, a keen student of South African history, was unstoppable.

“She is amazing, she is a freedom fighter. She was one of the leading freedom fighters during apartheid. She was the one who actually ended apartheid in South Africa. Why are people turning their backs on her now? The only reason why I am going for her is because I know she helped this whole country alone and the Nobel Peace Prize went to Mandela instead and we all know that controversy.”

In a paper titled Lighten up?! Humour, Race, and Da off-colour joke of Ali G, Tara Atluri, of the London School of Economics and Political Science, notes that “racially charged humour may offer insight into how race is malleable, while gesturing to the psychic anxieties that arise when the performative nature of identity is revealed”.

His construction of various characters, the race-fluid Ali G, a German fashion designer, Bruno, and Borat, a bumbling Kazakhstan immigrant, elicited enormous controversy and debate as to the depiction of these characters and the existential flaws of modern life they exposed.

Tlhabi says she is not trying to change anyone’s mind.