True or fake - What to watch out for and what to (reall...

Political turmoil is likely to only grow in the aftermath of next year’s local elections. (Gallo Images / Photo by Dino Lloyd)

On the eve of elections, disinformation around the voting process is spreading on social media platforms like Twitter, Facebook and WhatsApp. So what is true, and what is fake news?

On 5 May the Independent Electoral Commission (IEC) released a press statement claiming that “no instances of deliberate disinformation have been found by the committee set up to assess complaints”. But now, with just a day to go, social media is abuzz with messages promoting false information.

The primary issue circulating on social media at the moment involves special voters claiming that their ballot papers were not stamped on Monday and Tuesday, and thus their votes are not valid.

It is true that your ballot paper must be stamped on the back in order for it to be counted. This helps prevent bad actors from bringing in a few extra ballot papers on May 8 and inflating a party’s votes.

Most voters will have their ballot papers stamped in front of them. However, Western Cape IEC head Courtney Sampson told Daily Maverick that in certain instances, particularly when voting stations are incredibly busy, IEC officials will stamp ballot papers ahead of time.

“This is an exception to the rule,” said Sampson. “If your paper is already stamped, [IEC officials] will issue it to you with the stamp facing upwards.”

Although the onus is not on the voter to ensure their ballot is stamped, Sampson does encourage voters to double-check that their ballots are valid.

“In our training, we place a lot of emphasis on [stamping ballots]. But we’re not being defensive about it. If there is an error, we will acknowledge that error. There is a human factor involved, it’s people who can maybe slip up by mistake.” 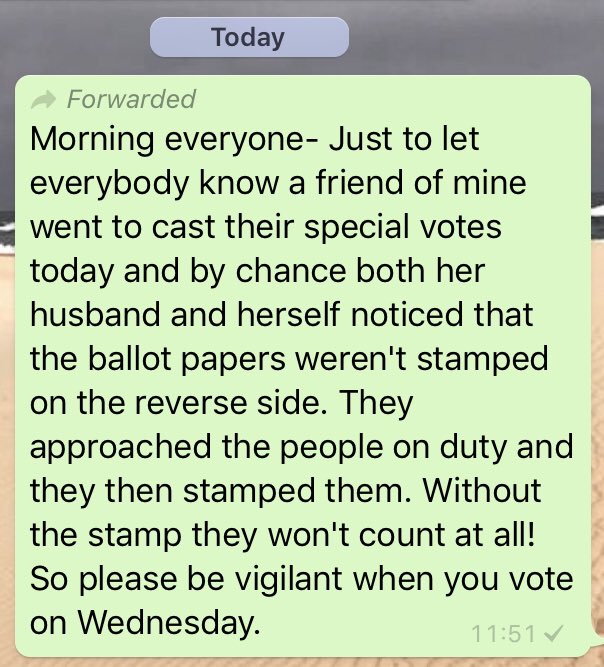 According to Chief Electoral Officer Sy Mamabolo, “it is not true that you can’t vote with fake nails”.

Social media posts have also indicated that some voters have not had their fingers marked, which will allegedly allow them to vote twice.

According to a statement released by the IEC, “the indelible ink is effective and it is one of a number of safeguards to protect the integrity of the results”.

Despite this, marking a voter’s finger is not the only way to ensure transparency. IEC officials also cross of a voter’s name of the voting roll after they have voted. 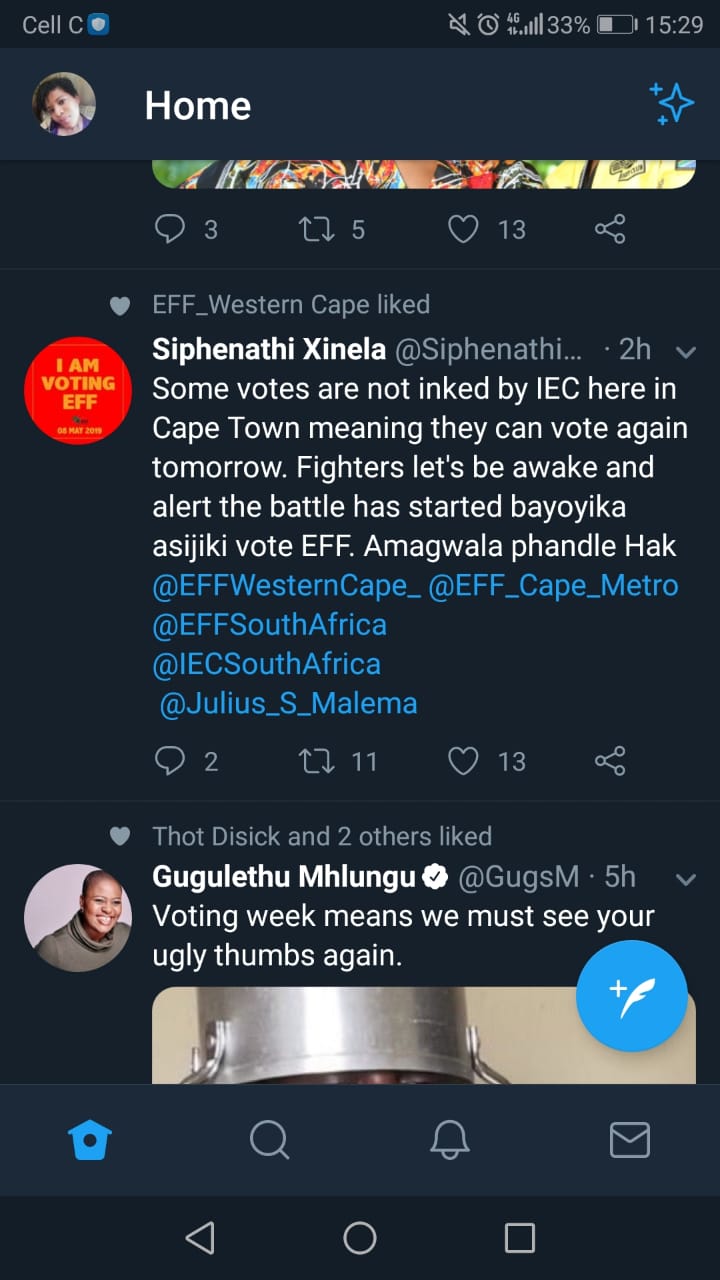 Despite what you may have seen on WhatsApp, you cannot vote in an election without a valid, bar-coded South African ID. This can be a green book, a valid temporary ID or a smart ID card. Your ID will be scanned upon entry into the voting station to confirm that you are a registered voter, then it will be scanned again before your ballot papers are given to you. If you have a green ID book, it will be stamped at this point as well.

“We actively ask the South Africans that are going to vote to proceed in a manner of decency and dignity, and not encourage a spectacle,” said Sampson.

It is prohibited to take photographs of a voting booth, a person voting or a ballot paper. This rule serves to protect the secrecy of your vote, as well as the secrecy of the people around you. If you see a social media post of a marked ballot paper, or someone in the process of voting, report the post to the IEC. Either it is a fake post that has been doctored or is unrelated to the current elections, or it is a real photograph taken illegally.

The role of party agents

Do not be surprised if you see people with name tags that state their allegiance to a particular party. These people are known as party agents, and they are present in every voting station to ensure that the voting process proceeds in a fair and democratic manner. They are not permitted to wear party colours, clothing or memorabilia, and cannot engage with voters and encourage them to vote for a specific party.

According to a statement issued by the IEC on Tuesday, 7 May, “the handling of any electoral material by any party agent is strictly prohibited. They are only allowed to observe operations and raise objections”.

This came after a viral video showed a party agent assisting with procedural transfer of special votes from a bag to a ballot box. Following an investigation into the video, the IEC has confirmed that a Deputy Presiding Officer from a voting station in Benoni, Ekurhuleni has been removed. DM