Towards an understanding of ‘black tax’ and the bla...

Towards an understanding of ‘black tax’ and the black missing middle 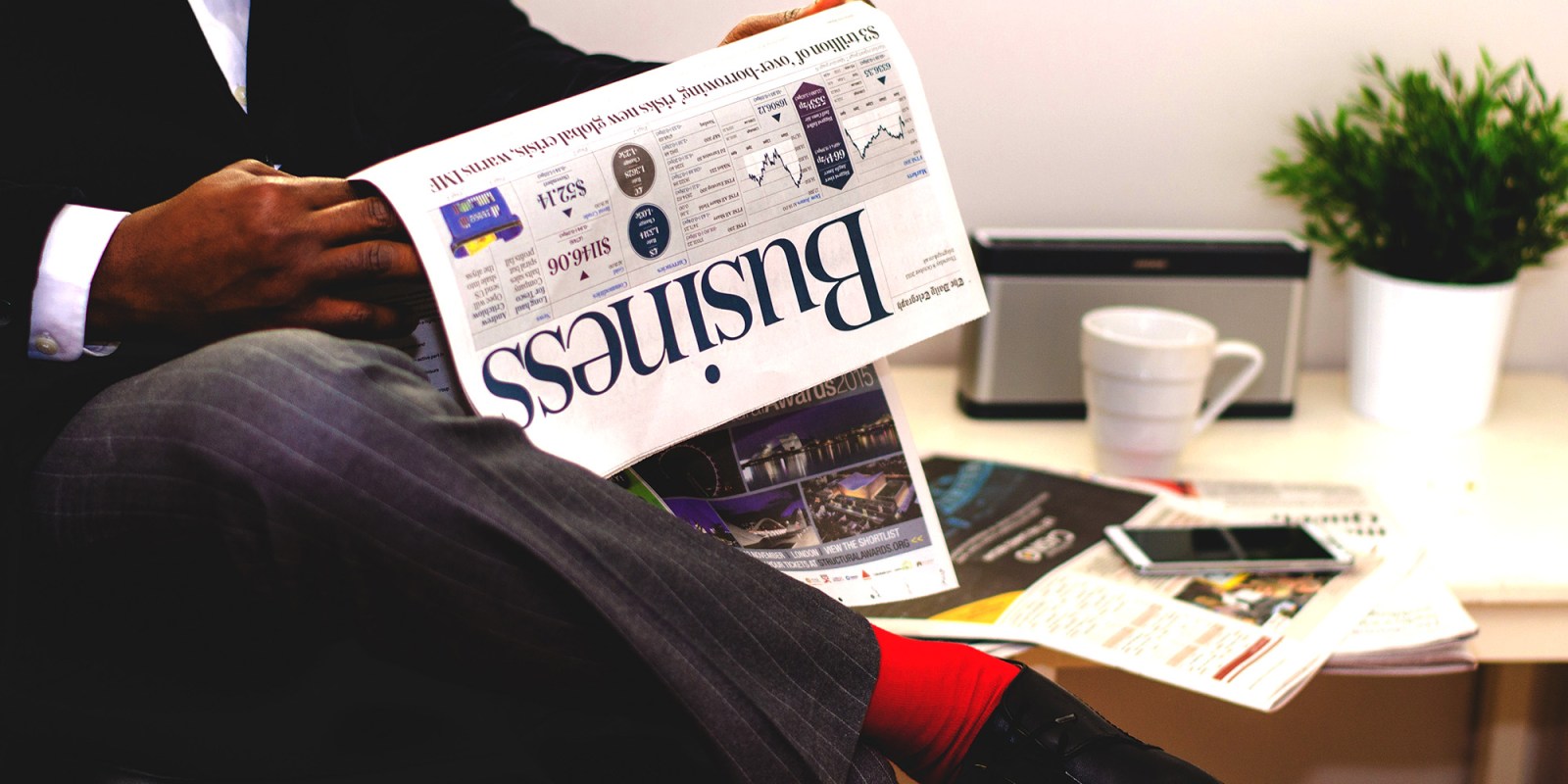 Rather than pathologise ‘black tax’, we need to politicise it by understanding its historical origins in a racialised apartheid South Africa that socially engineered black poverty. SA’s continued capitalist system has created structures that perpetuate poverty and make the need for black tax a reality. Black tax does the real work of income redistribution in the country.

As South Africa prepares for elections on 8 May, the black middle class has started to weave its way into the forefront of campaigning promises, media analyses and debates about inequality in the country. As many speculate about the political desires of this class identity, few have attempted to engage directly with those of them who are young and frustrated at the pace of socioeconomic change. Until recently, there has been a policy gap in responding to the middle class and seeing them as important conduits of redistributive justice in a highly unequal society.

Triple Jeopardy, a new study launched at the Wits School of Governance last week, explores race, class and gender dynamics among the South African black middle class. This group has aptly been deemed the “precariat class” in some circles because it exists in relative privilege and disadvantage. The study, which includes a documentary and survey of 100 black South Africans, is one of the first iterations of understanding complexities of black middle-class identity in South Africa. It is also unique in its prominent focus on 19-36 year-olds, who have been largely missing from contemporary analyses which focus on older state-employed benefactors of the transition to democracy. Most importantly, it begins to look at the role of “black tax” in alleviating inequality in South Africa.

The term “black diamonds” has been thrown around countless times in the past few years. From market researchers beckoning investors to look to an untapped market, to remarks linking them to Kenny Kunene’s insatiable appetite for sushi. Even in political rhetoric, the Economic Freedom Fighters has both bemoaned and sympathised with the black middle class – using them as a pawn in political campaigns over the years. The Democratic Alliance has similarly promised to get rid of “black tax” if elected, failing to understand the socioeconomic and cultural importance of remittances to the sustenance of families and poverty alleviation in South Africa.

The first challenge begins with defining the black middle class. Because of its high levels of poverty (particularly among black people), South Africa’s literal middle class would constitute those earning R380 to R1,140 net income per month. The findings are jarring: Statistics South Africa’s 2015 upper-income poverty line is at R992. The literal middle falls away as a useful definition amid such high levels of poverty. In fact, depending on the definition used, South Africa’s middle class would vary from 13.5% to 43.2% of the population.

In Triple Jeopardy, R5,600 to R40,000 net income per month was used, informed by a 2013 study by Visagie that determined the middle class by typically middle-class careers, including managers, senior officials, legislators, professionals (such as teachers and nurses), associate professionals, technicians and clerks. And while the gap between R5,600 and R40,000 is wide, it allows us to unpack some of the emerging dynamics among the black middle class, and avoid using simplistic definitions that do not acknowledge the complexity of the South African case.

Black tax and the real work of income redistribution

A recent Time Magazine article highlighted that among growing inequalities in South Africa, the black middle class is also slowly growing. In fact, the black middle class has doubled in size over the past 25 years, so much so that levels of inequality among black South Africans are among the highest in the country. More frightening, is that a study by Kotze et al found that if black South Africans were a country, they would have the highest levels of inequality in the world. It would be remiss to demonise this accumulation of income by black professionals and liken their livelihood strategies to their white counterparts who still fair far better. Income alone is not the sole determinant of socioeconomic resilience.

One challenge of using income as the primary measure of inequality is the lack of interrogation into how black income earners use their resources. Income indicators typically mask differences along race and gender lines. The study finds that 58% of respondents send remittances home to family (primarily parents and siblings) even in contexts where 32% were never or often unable to meet their monthly obligations.

Furthermore, women (including transwomen) felt the burden of remittances more sharply – given consistently lower levels of income across the board. Another contribution to this gendered burden of black tax is the unpaid care work that women are often expected to do in a household, which adds to the burden of supporting immediate and extended family members.

Rather than look to the need for remittances as a form of exploitation by family members, thus pathologising this income transfer dynamic, more needs to be done to understand the context in which it is necessary. Measures of inequality assume households to be isolated entities, unconnected to others across the country. In fact, many black South African middle-income households are connected to working-class households: 47% indicated that their parents were not part of the middle class, neither were their siblings (44%) or extended families (69%). Thus when more than half were sending money home, they indicated that it was important for them to do so in the context of hunger and poverty.

Rather than pathologise black tax, we need to politicise it by understanding its historical origins in a racialised apartheid South Africa that socially engineered black poverty. The beneficiaries of affirmative action, education and employment are often still intimately connected to those who made it possible for them to earn higher levels of income. The problem is not that their families need income subsidies, but that South Africa’s continued capitalist system has further created structures that perpetuate poverty and make the need for black tax a reality. In this context, black tax does the real work of income redistribution in South Africa. It also does the work of skills transfer, emotional support, social cohesion and resiliency building that the state has attempted and failed to do for survivors of apartheid and their offspring.

Thus earning R40,000 net income per month for a black household sending remittances is not the same as for other race groups – who may enjoy the fruit of their earnings from a much earlier age. This is confirmed in the findings: At a very young age, 27% of respondents aged 19-25 are already breadwinners at a time when their counterparts may be completing tertiary education and building a financial base from which to create stability.

Vulnerability among the black middle class

We do not fully understand the consequences of such dynamics, but research is beginning to catch up. Writing on the challenges of planning for the future given precariousness, analysts highlight the vulnerability of the black middle class: “Being in the stable middle class is not only about location in the literal middle of the income distribution: it means being free from poverty, not only today, but also tomorrow. It is about the freedom and stability to engage in mid-and long-term planning. It is about access to opportunities to move ahead in life, and about the financial cushion that enables risk-taking and protection against shocks.”

The impacts of this uncertainty affect not just the ability of individuals to send critical resources home, but also to engage in the necessary task of providing social capital (access to knowledge, opportunities and livelihood strategies) for the future.

The real work of the black middle class is thus not only earning an income at higher levels in society, but addressing the continuous forms of socioeconomic inequality in ways that are gendered and racialised in post-apartheid South Africa.

Any form of post-apartheid reconstruction needs to have at the core of its policies this nuanced understanding of the role of the black middle class in South Africa. If only election campaigns could catch up to this nuance. DM

Masana Ndinga-Kanga is the lead researcher of the Triple Jeopardy report and documentary, and Senior Fellow at the Atlantic Fellowship for Social and Economic Equity at the London School of Economics.