The youth vote: Students at UCT weigh up their options 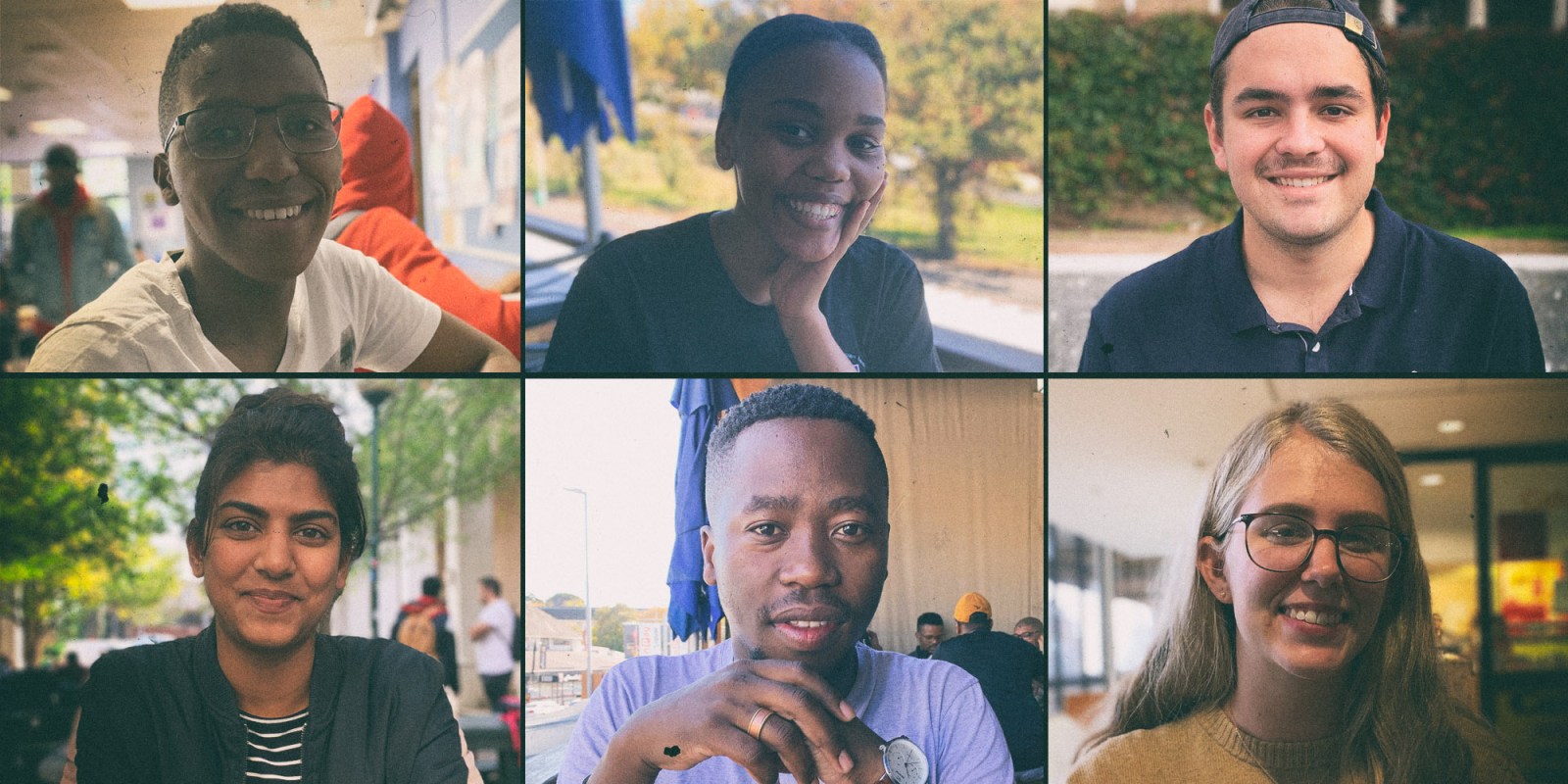 On the eve of election day, Daily Maverick visited the University of Cape Town campus and asked students what they think about political parties and their vote.

For weeks, political parties have been lobbying for South Africans votes by having door-to-door campaigns, rallies and speaking about their party’s plans on media platforms.

The youth vote is a highly contested one. With young people not having any historical ties with parties such as the ANC, the youth vote could go either way.

A good place to lobby for young people’s votes would be institutions of higher education.

Oddly, there were few political events at UCT, according to UCT SRC President Asanda Lobelo. One that did take place was the Western Cape Big Debate on Tuesday 30 April.

This was one of the few forums available to political parties to lobby students.

Lobelo told Daily Maverick that this had to do with the “lengthy” process involved to get permission to host a political event during election season.

What the university does around election season is set up an Electoral Commission “to regulate the events of political parties,” said Lobelo.

Lobelo believes that there were so few political events focusing on elections because the “process was discouraging”.

“You might find that people were doing events (informally) or had them earlier, before election times,” said Lobelo.

With hours left before voting begins, some students were still unsure as to who deserved to get their vote.

“I feel like the situation is a bit dire and to be honest, none of the parties seem to really have any substantial plan towards fixing the issues which I see as the most prominent issues in our society,” said Jewel, a second-year LLB student at UCT, who did not wish to disclose her surname.

“I know that I’m going to vote and I want to vote, but I still have to do a little bit of reading on people’s policies before I make the final decision,” said Jewel.

The important issues for Jewel are education and the state of the economy.

Jewel is particularly concerned about the unequal distribution of resources.

“Why is someone living in upper-middle-class getting better schools than someone in a lower-income bracket?”

There are 48 political parties contesting the 2019 elections. However, Jewel doesn’t feel that voting for a small party will make a difference.

“I feel like voting for a party that won’t get any representation in Parliament isn’t really worth your vote, even though they might stand for what you believe in.”

Political journalist Stephen Grootes has written that smaller parties could have an impact on how bigger political parties behave if they did gain consistent support.

Asanda Ngcobo, a second-year occupation therapy student at UCT, said that she chose the party she’s going to vote for based on her “hopes and dreams and experiences as a South African from KZN”.

“There are other parties that I relate to and I truly feel like they can make a difference as well, but the majority of what this party that I am voting for addresses (my concerns),” said Ngcobo.

Thato Kola, a commerce master’s student, says that the party he is going to vote is a party that is “aligned to his values.” Those values are of “good governance and social redress.”

The most important value for him is “that the political organisation must improve the lives of people”. This, he feels, is what the party he is going to vote for represents.

Trevor Chikwane is a second-year business science student. He is “looking for a party that wants to put the youth first and a party that’s not corrupt”.

The party that Chikwane will vote for needs be a “party that wants the best for young people”.

Chikwane was mainly concerned about how political parties would tackle youth unemployment.

“The employment rate in South Africa is very high and I did an essay on that. It was really heartbreaking to read all those stats from the South African Reserve Bank, from Stats SA and all their comments,” said Chikwane.

“I’m willing to vote for a party that will represent the ideas of youth employment and ensure that they get jobs,” Chikwane told Daily Maverick.

“I just put it off because I was preoccupied, but I’m feeling so regretful now,” said Naidoo.

Even though Naidoo isn’t registered, she still thinks that voting is important.

“It’s nice to be part of something and feel like you’ve contributed to something even if the outcome isn’t what you want,” Naidoo told Daily Maverick.

Dylan Beavan, a third-year business science student, wasn’t too sure who he was going to vote for.

“I’m not very up to date with all the political things,” said Beavan, though he was certain that he was going to vote.

In terms of choosing who gets his vote, Beavan said he will go with his gut at the voting station on Wednesday. DM