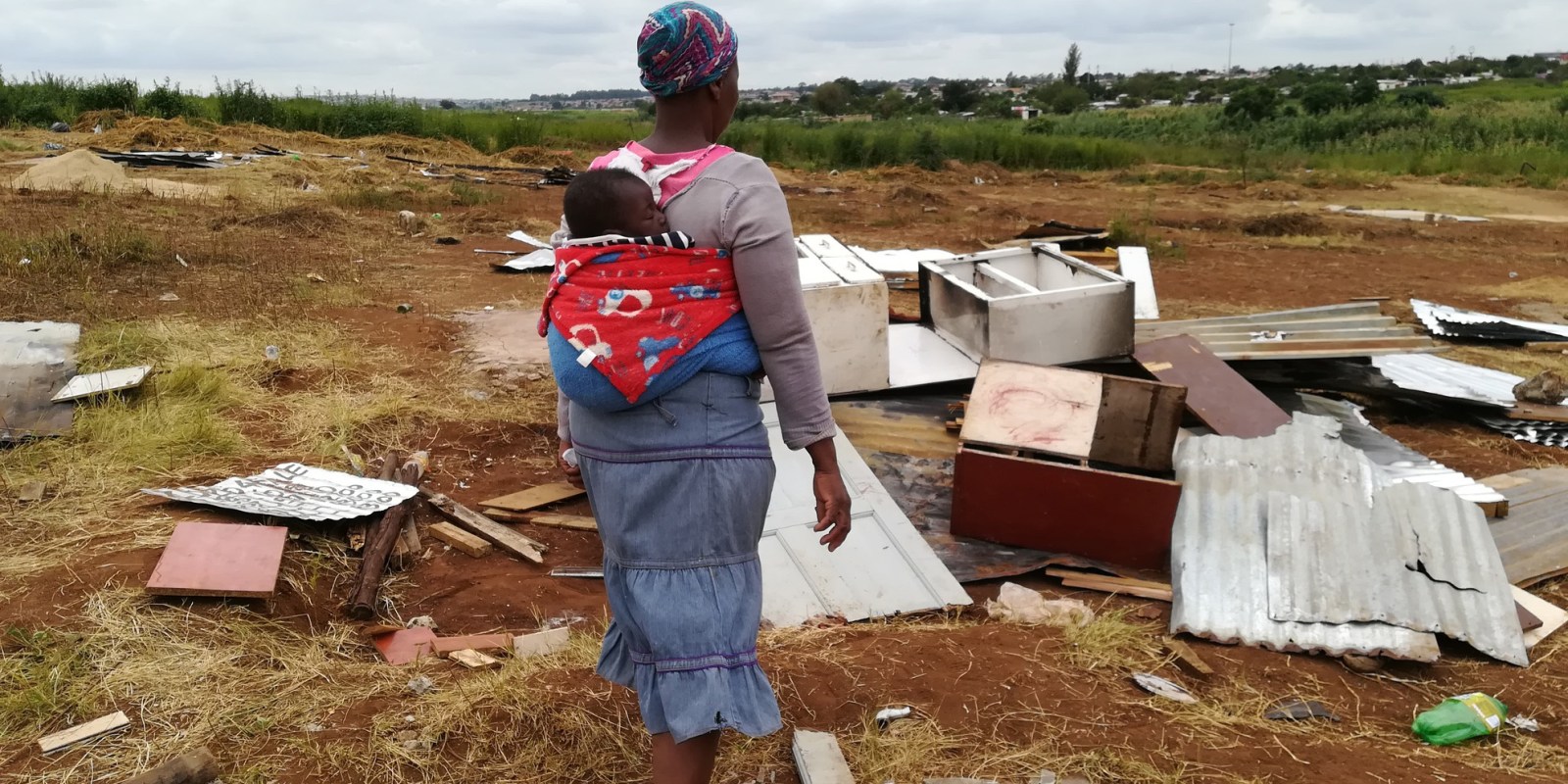 The North Gauteng High Court has ordered the Ekurhuleni Metropolitan Police Department (EMPD) and the City of Ekurhuleni to stop evicting land occupiers in Tembisa without a court order. This comes after the EMPD demolished their shacks without an eviction order numerous times since August 2018. Archive photo: Zoë Postman

Each occupier will receive R1,500 in damages. By Zoë Postman

Land occupiers in Tembisa, East of Johannesburg, scored a big court victory on Monday. Judge Anthony Millar in the North Gauteng High Court ordered the Ekurhuleni Metropolitan Police Department (EMPD) and the City of Ekurhuleni to stop evicting the occupiers without a court order. They also have to pay each occupier R1,500 for damages to property during prior evictions.

Lawyers for Human Rights (LHR) represented the occupiers. Thandeka Chauke, a lawyer for LHR, said: “First and foremost [the order] declares that the evictions were indeed unconstitutional and unlawful … [The court] has granted interdicts that will prevent EMPD and the City from harassing, intimidating or threatening the occupiers.”

She said it gives occupiers the security to live on the land without fear that their structures will be routinely demolished or that they will keep losing their personal belongings. “With Winter coming, it’s very important for them to have shelter and a place for the children, women and vulnerable people to live. That is possible with this court order.”

Florah Tjabadi, one of the occupation leaders, said the community was “over the moon and very happy” about the court order. “We have been struggling since August last year and at last, we have won … Now it means we won’t have to worry about paying rent and we can go out to look for jobs.”

Tjabadi said the community will begin to rebuild their homes and each household will have their own space “to live peacefully with their families”.

The occupation started in August 2018, according to Tjabadi. She said the occupiers were mostly unemployed and unable to pay rent. She said the land had been vacant for over ten years and it had become a hotspot for criminal activity.

Tjabadi claimed the EMPD had evicted the occupiers more than 15 times, without ever showing the occupiers an eviction order. The first eviction was on 16 December, four months into the occupation.

“The structures were mostly incomplete and impossible for people to reside in … and no children or elderly people were noted at the property,” the City said in court papers. “The mere fact that there were structures on the land does not mean that there were people who were residing in the structures.”

But LHR provided the court with pictures and videos to demonstrate that the occupiers were living on the property and the structures were not vacant when they were demolished.

To settle this dispute, Judge Millar and both counsels visited the land on Monday in Tswelopele Extension 8 where the evictions took place. They compared the pictures to the property and confirmed that it was the same property.

The occupiers also accused the EMPD of taking bribes from people in a neighbouring informal settlement to allow them to stay on the land.

Judge Millar ordered the City to launch an investigation into the alleged bribery and corruption of EMPD officials and “to file a report with the Independent Police Investigative Directorate, the National Prosecuting Authority and this Honourable Court within 30 days of this court order”.

He ordered the City to pay the costs of the case. DM