Shock report about life on Earth: We’re in deep trouble 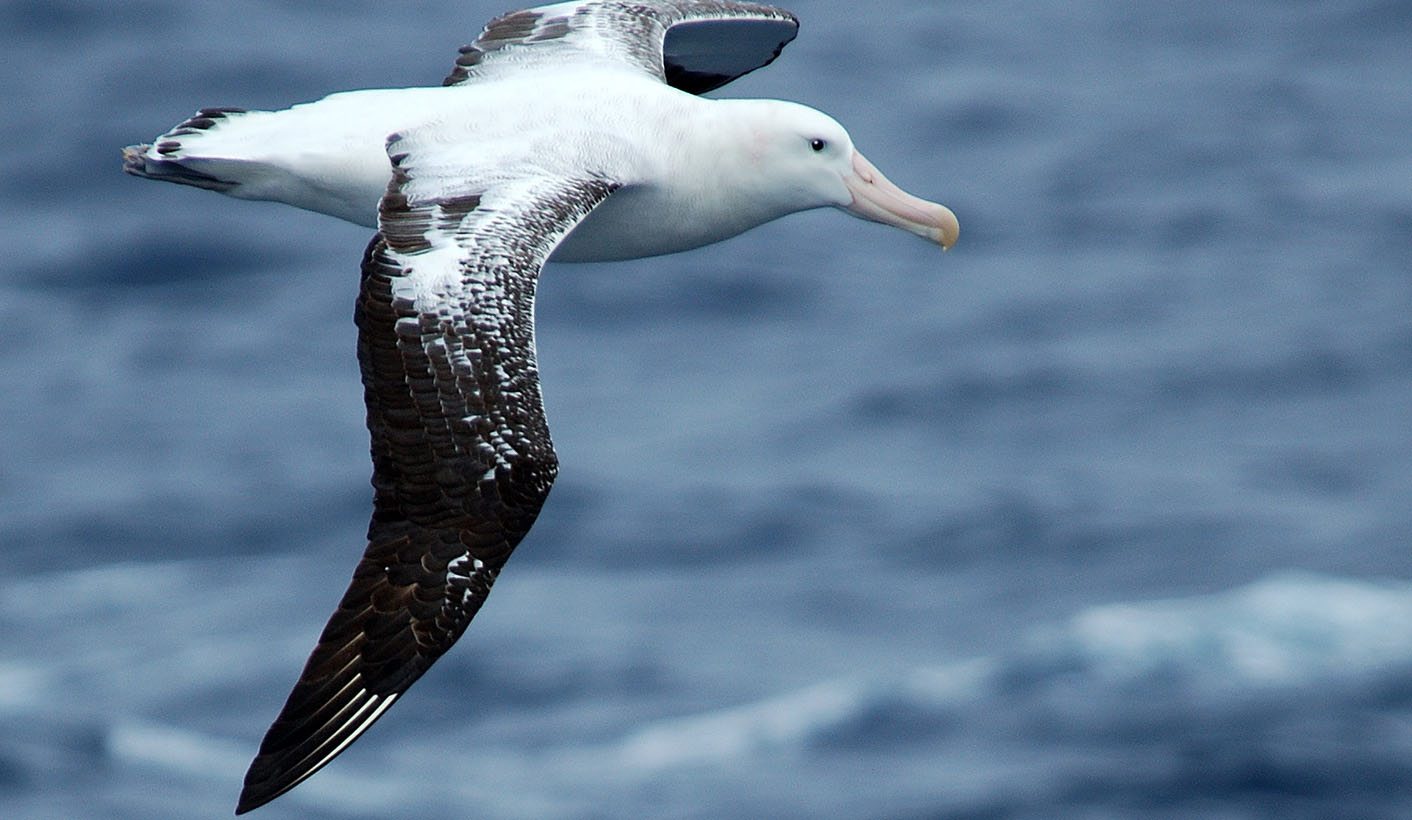 The United Nations Special Report on Global Warming in 2018 sounded a sharp warning few could disagree with: Earth has a problem. A new UN report on Biodiversity released this week revealed the size of that problem.

In Paris at 13h30 on Monday (6 May 2019), United Nations geographer Eduardo Brondizio outlined how humans are unravelling the fabric of life on Earth. His message: If we don’t act as a species and make major changes to our lifestyle soon, our future is going to be extremely grim.

He wasn’t speculating. In his hand at its delivery was a 1,800-page assessment produced by about 500 top scientists in collaboration with representatives from 130 countries.

Brondizio, the erudite co-chair of the United Nations Intergovernmental Platform on Biodiversity and Economic Systems (IPBES), warned that natural systems are crashing worldwide, many of which are irreplaceable.

“Healthy systems are simply being overwhelmed by the deterioration happening around them.”

The report underlines our dependency on nature and our effect on it. More than 75% of food crops rely on animal pollination. Marine and land ecosystems extract 5.6 gigatons of carbon a year and without them, the planet would fry through global warming. We rely on clean air and water produced by natural processes.

However, since 1900 the abundance of native species has declined by 20% and a further 25% are threatened, with about a million species facing extinction. Half a million of those are insects.

This impacts on all human life. 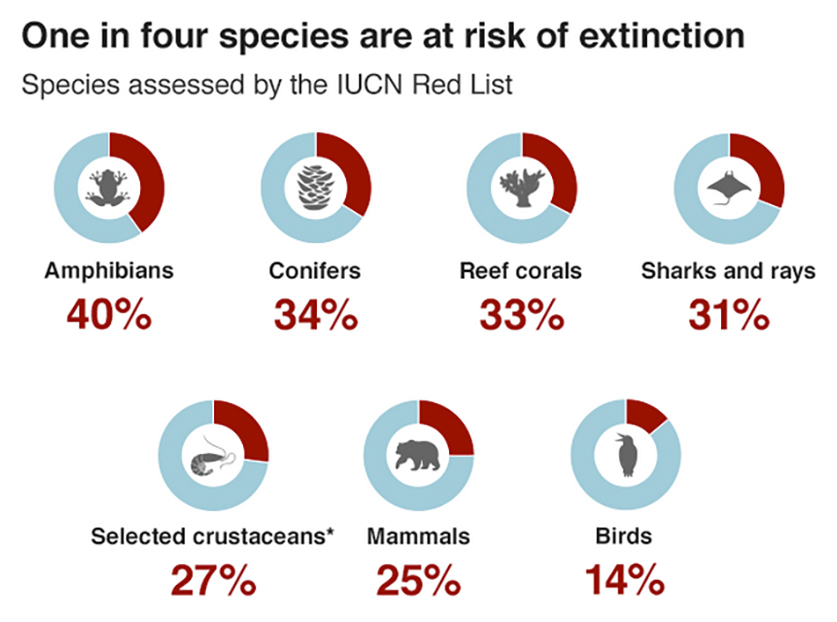 Nature is essential for achieving the UN’s Sustainable Development Goals, says the report, but current negative trends in biodiversity and ecosystems will undermine progress towards 80% of the goals’ targets related to poverty.

The report notes that the human population has doubled in the past 50 years and warns that, in future, exclusion, scarcities or unequal distributions of nature’s contributions may fuel social instability and conflict.

The way we live, says the report, is underpinned by financial systems inimical to biodiversity.

“We have to align government systems, incorporating responsibility in our economic systems in a way that reflects the full chain from production to consumption.

“We need to change our narrative, from one that associates wasteful consumption with quality of life. Economic growth is a means and not an end.”

Economic incentives have favoured expanding economic activity — and often environmental harm — over conservation or restoration. This, says the report, is supported by harmful economic incentives and wasteful farming and environmental subsidies, which it says should be discontinued. They must be replaced with policies based upon a better understanding of the multiple values of nature’s contributions.

Our current extractive economic narrative has mapped itself on to the planet’s surface. Three-quarters of the Earth’s land surface was found to have been significantly altered, 66% of the ocean area is experiencing increasing cumulative impacts and more than 85% of wetland areas have been lost.

Humans, say the scientists, are also fast-forwarding biological evolution — so rapidly that effects can be seen within a few years rather than over millennia. Many of these changes are among pathogens that affect our health. The rate of this change, they say, is unprecedented in human history.

The main drivers are changes in land and sea use, direct exploitation of organisms, climate change, pollution and invasions of alien species (nearly one-fifth of the Earth’s surface is at risk of plant and animal invasions).

Crop production has increased threefold since 1970 and timber harvest by 45%, but land degradation is reducing productivity, with crops now at risk from pollinator loss, floods and hurricanes.

“Globally, local varieties and breeds of even domesticated plants and animals are disappearing,” says the report. “This loss of diversity, including genetic diversity, poses a serious risk to global food security by undermining the resilience of many agricultural systems to threats such as pests, pathogens and climate change.”

The report maps out solutions, but notes that goals for conserving nature and achieving sustainability cannot be met by current trajectories. Because of ongoing rapid declines in biodiversity, ecosystem functions and many of nature’s contributions, goals are unlikely to be met if we continue on our present course.

For this reason, it says, there is a strong possibility that ecosystem dysfunctions will continue or worsen.

What we need, says the report, are pathways that explore the effects of a low-to-moderate population growth. We need transformative changes in production and consumption of energy, food, feed, fibre and water and sustainable use. We must share the benefits of nature-friendly climate adaptation.

These, taken together, will better support the achievement of future societal and environmental objectives.

However, the report warns that transformative change will hit opposition from those with interests vested in the status quo. There are many who benefit from subsidies and damaging practices. These have to be overcome for the survival of Earth’s species, it says.

The report lays out the steps for action as a series of levers. These involve positive incentives, building co-operation across sectors, pre-emptive action, clear decision-making in times of uncertainty and the implementation of environmental law.

Success, it says, is more likely if the focus is on visions of a good life, consumption and waste, values, inequalities, justice, communication, innovative technology, education and action.

At the briefing, former IPBES chair Sir Robert Watson added to the steps we as a species need to take.

“We have to eliminate environmental and agricultural subsidies which encourage waste, we have to incorporate natural capital, we must address vested interests that stand in the way and ditch GDP as a measure of wealth. We need to understand and incorporate natural social, human capital as measures of progress.” 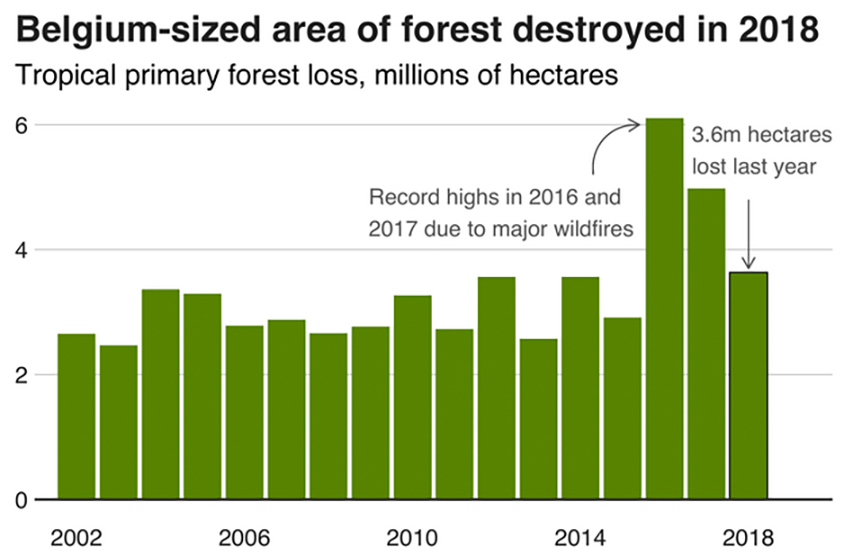 If we keep doing things the way we do, warns the report, we will not achieve human wellbeing. What will things look like in 2050?

“It is our choice,” said Brondizio. “If we choose the sustainable route we will be able to feed everyone on the planet.”

Who could drive these changes, a questioner asked Brondizio from the floor. Looking up from his notes, he quipped: “Join the Peoples’ Climate Movement.”

This is the most interdisciplinary report on the Earth’s life systems ever made. No previous assessment has considered the simultaneous challenge of protecting nature, maintaining water, feeding the planet and supplying energy while mitigating climate change.

“We are seeing the possibility of tipping points and feedbacks that could lead to cascade changes in the Arctic, in the Amazon, in high mountains and the air layer,” said Brondizio.

“We are starting to see the connections — that they are symptoms of the same thing, but with no easy solutions. The patient has many symptoms, but it’s not a terminal diagnosis. However, the medicine has to start right away.” DM