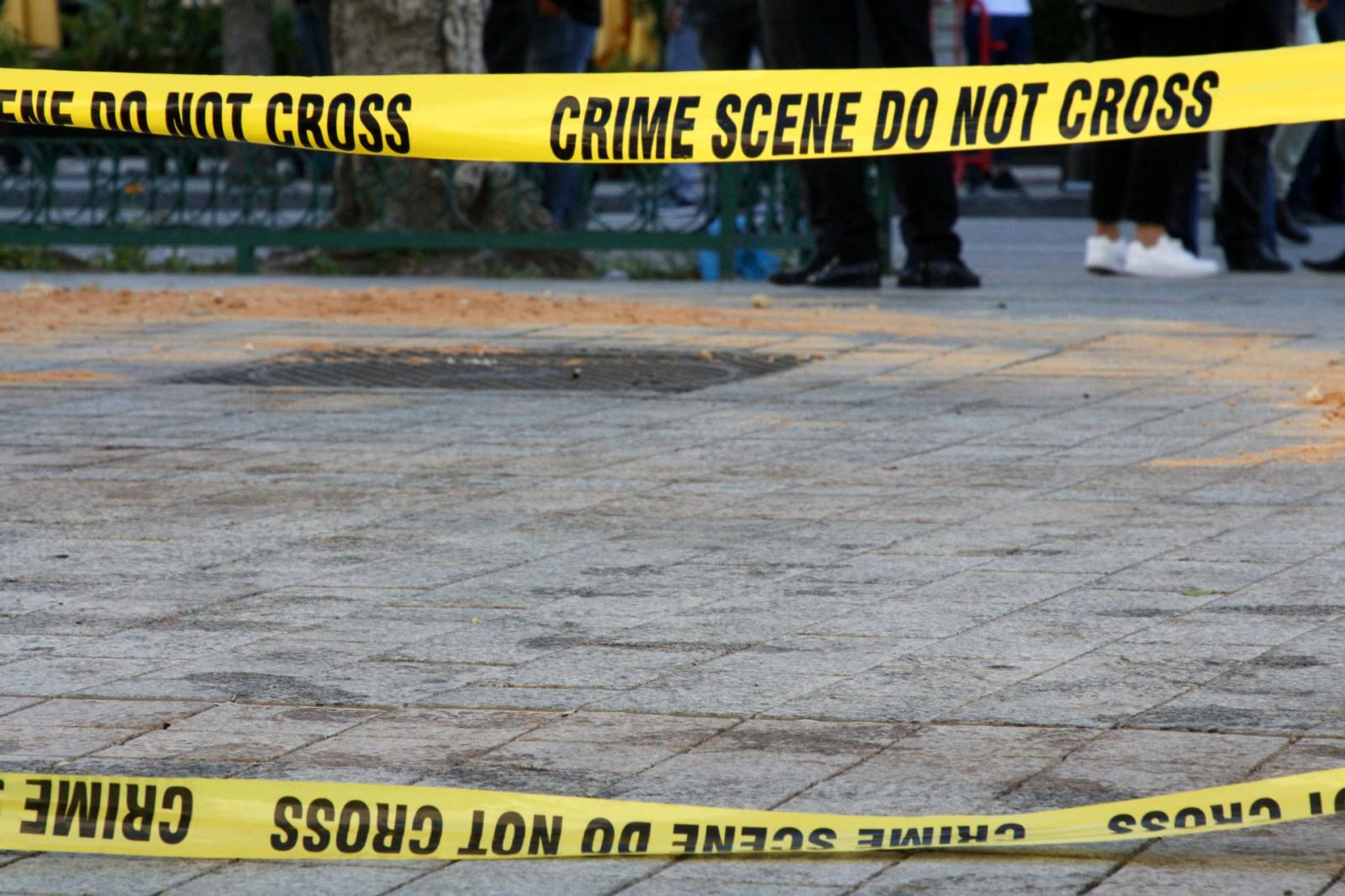 Bloody footprints marks on the ground after Police forensic examiners removed the body of a woman who allegedly blew herself at Habib Bourguiba avenue, Tunis, Tunisia, 29 October 2018. According to reports at least nine people were injured, including eight police officers, after a woman blew herself up at the famous Habib Bourguiba avenue in downtown Tunis. EPA-EFE/STR

Looking at the links between these two transnational threats in Africa can help reduce both. By Jihane Ben Yahia and Isel van Zyl

Over the past several years, links have been reported between terrorism and organised crime. The European jihadists responsible for the terrorist attacks in Paris in 2015 and Brussels in 2016 were involved in various criminal activities before being radicalised. Bratislava-based think tank GLOBESEC found links to many types of crime, from theft all the way to murder – and particularly illicit trade.

Similarly, Jihadi terrorists who left their home countries to join Islamic State in Syria were found to have close ties with gangs and networks involved in robberies or drug trafficking.

Accounts of how terrorism and crime intersect in different ways can also be found in Tunisia. This North African country, which has experienced multiple terrorist attacks since 2015, was the country of origin for some of the highest numbers of jihadi terrorists in Syria and Iraq from 2011 to 2016.

As early as 2013, a study by the International Crisis Group highlighted intersections between contraband cartels and terror groups. It noted that criminal groups were using Salafi identities to control lucrative trafficking in their territory through violence. So-called “Islamo-gangsterism” also emerged in suburbs of the capital Tunis and in the border region with Algeria, where criminals wearing typical Salafi attire are believed to be involved in trafficking drugs and firearms.

A March 2016 terrorist attack in the city of Ben Guerdane, near the Tunisia-Libya border, was marked by troubling linkages with organised crime networks – and specifically contraband cartels. Over 80% of the attackers involved in this incident were also engaged in “contra” – the local term for contraband smuggling. Investigations included the pursuit of smugglers implicated in preparations for the attack, such as moving weapons across the Libyan border and providing shelter for the attackers before and during the assault.

Known as Tunisia’s key smuggling hotspot, the city has also become a hub for terrorist recruitment, which surged between 2013 and 2015.

The series of attacks that have rocked Tunisia since 2015 have led international and local actors to focus on what drives violent extremism and terrorism. Numerous initiatives to prevent extremism have been developed and implemented. A 2018 review by the local United Nations office into why individuals join terrorist groups identified factors such as corruption, brutality at the hands of security forces, lack of political representation and public services for young people, and poor conditions in prisons.

These drivers are not just relevant to youth involvement in terrorism – they are also the factors that connect people to various types of criminal activity – particularly the smuggling of contraband goods.

According to Tunisian civil society organisations working on the prevention of violent extremism, areas such as Béja (a city in the north-west of Tunisia) and West Kram (a northern suburb of Tunis) are a known source of fighters who have either joined terrorist cells in Tunisia, or left the country to join extremists abroad. These areas are also marked by high crime rates.

“For vulnerable youth, ending up in drug trafficking or joining a violent extremist group is only a matter of opportunity,” Aslam Souli told the ENACT project. Souli works for Beder, a Tunisian non-government organisation focused on youth empowerment. In 2017 Beder developed a project for the early identification of young people who presented a risk of violent behaviour in Ettadhamen, a notorious suburb in Tunis.

A 2018 study by the Institute for Security Studies of organisations working in West and Central Africa found that violent extremism could take multiple forms. For example, it doesn’t necessarily refer only to Islamic or religious extremism but can include the type of inter-communal violence seen in Chad, or criminal gang activity in central Nigeria.

These examples show the fine line between terrorism, violent extremism and other types of community-based violence. The authors urged governments, donors and civil society organisations to consider lessons learnt from other violence prevention fields. In Tunisia, the recommendation could be particularly relevant. It is apparent that terrorism and organised crime can intersect at different levels, and share some of the same drivers.

Those working to prevent violent extremism should explore the links between the two phenomena. They could draw on the decades of experience in Europe, Latin America and North America in preventing the youth from joining gangs or perpetrating other forms of transnational organised crime.

Approaching the task through the wider scope of crime prevention could reduce the opportunities for terrorism and other types of crime to intersect. A narrow focus on preventing only violent extremism risks leaving some individuals behind. DM