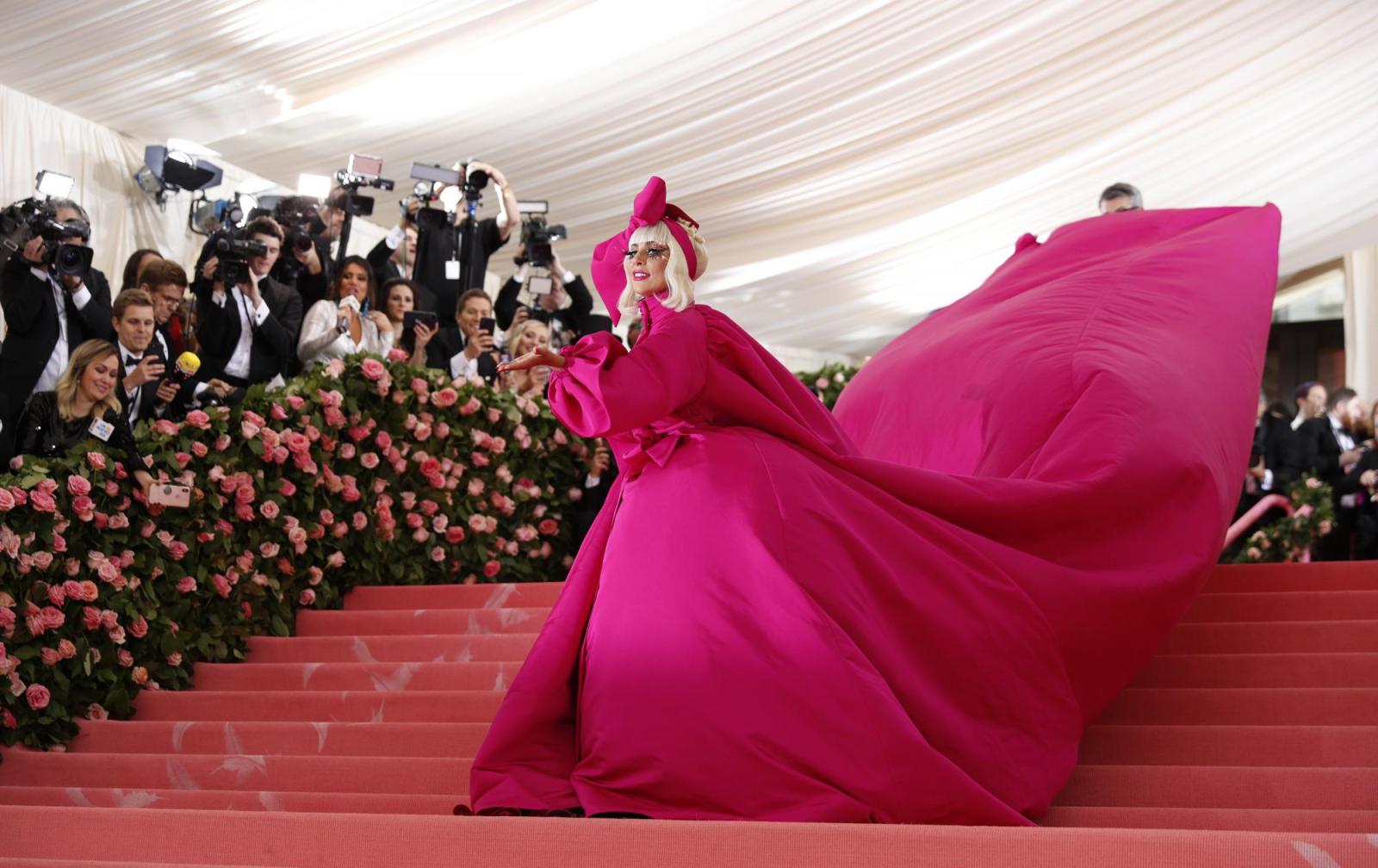 Pop superstar Lady Gaga made a grand entrance at New York's annual Met Gala on Monday, wearing a voluminous bright pink dress that she shed on the red carpet to reveal three other outfits layered underneath, including a bra and underwear, her interpretation of the evening's theme, "Camp: Notes on Fashion."

The invitation-only event, famed for its A-list celebrities and haute couture gowns, is a benefit for New York’s Metropolitan Museum of Art and also marks the opening of the Costume Institute’s annual fashion exhibit.

Gaga shed her blazing pink Brandon Maxwell gown on the red carpet to reveal a strapless black gown by the designer. Next came a figure-hugging hot pink gown. Her final reveal before a makeup touch-up on the carpet was a black bra, panties and sky-high platform boots.

“Roar” singer Katy Perry came dressed as a chandelier, even wearing one on her head. “I like to be of the light and obviously be the light, she said about her 40-pound costume by Moschino.

Anna Wintour, the American Vogue editor-in-chief who hosts fashion’s biggest night each year, was one of the first up the red-carpet-turned-pink for the evening wearing a shimmering Chanel gown topped by a cape of pink feathers that was tipped in black, a nod to the night’s mascot, a flamingo.

Performer Billy Porter, dressed in head-to-toe gold, summoned ancient Egypt when he was carried into the gala on a litter by six shirtless men.

Kris Jenner, mother and manager of reality stars Kim and Khloe Kardashian, told reporters on the red carpet she was channeling singer David Bowie in a coat with wings made of tulle over a blue Tommy Hilfiger jumpsuit.

The front man of British brand “One Direction” and gala co-host Harry Styles arrived wearing a black Gucci ensemble with mesh detail on the top and painted black fingernails.

Others with the sought-after invitation to dinner for 550included NFL star quarterback Tom Brady and his supermodel wife Gisele Bündchen, singer and actress Jennifer Lopez and comedian Chris Rock, and the billionaire CEO of Amazon.com Jeff Bezos. ML