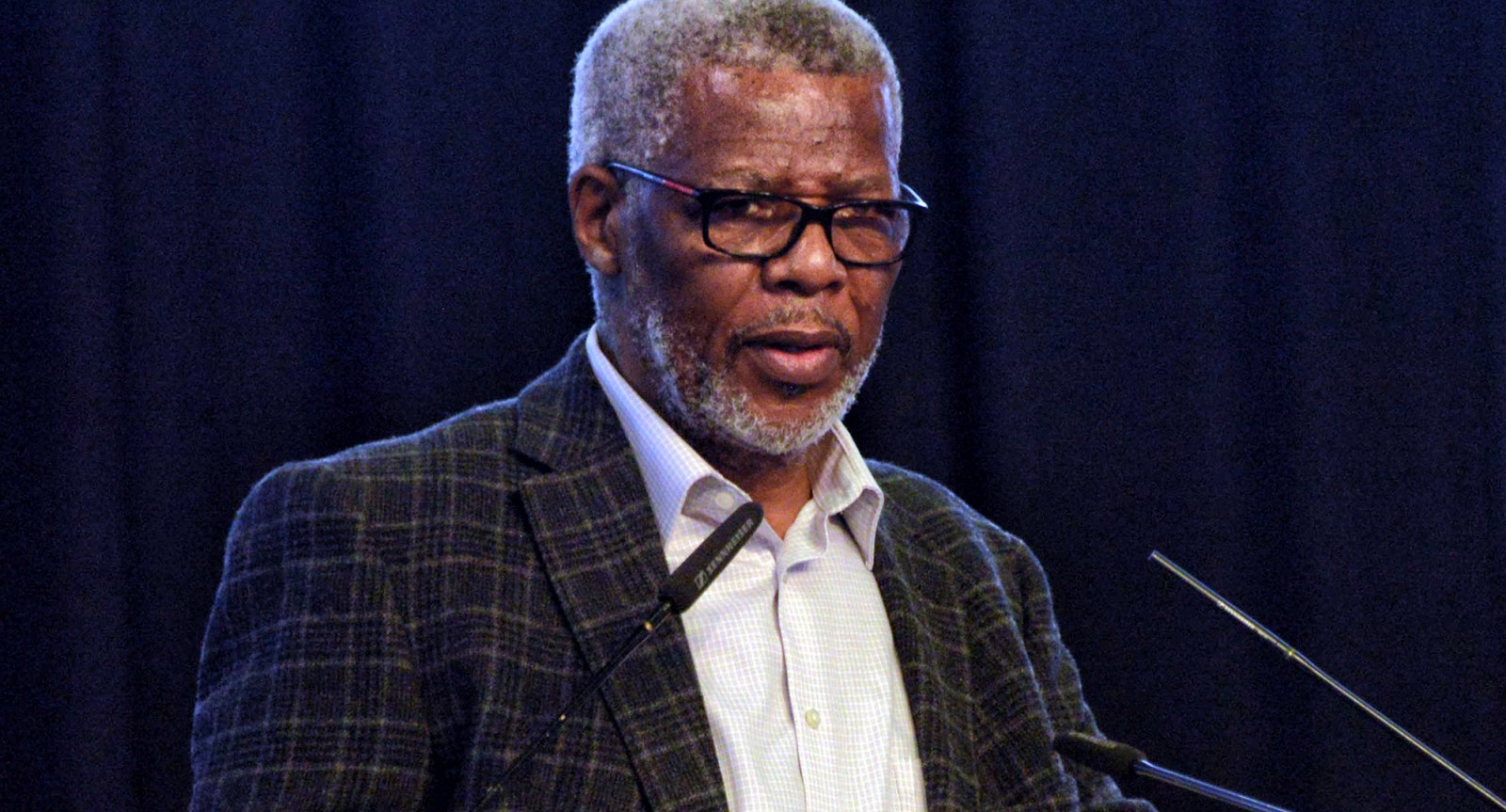 Mavuso Msimang speaks during the memorial service of the late struggle stalwart Zola Skweyiya at the Tshwane Events Centre on April 18, 2018 in Pretoria, South Africa. Skweyiya died at the age of 75 on April 11, 2018. (Photo by Gallo Images / Frennie Shivambu)

There is only one party that can save South Africa from the mess of the Zuma years, and that is the ANC. The DA is still a party of mainly white men, and the EFF has too many skeletons lurking in its closet to be taken seriously. That’s why I am voting ANC.

I will vote for the African National Congress for the National Assembly and for my province, Gauteng. I will be casting my vote first and foremost as a concerned South African citizen. I respect my party, the ANC, and believe its leadership under President Cyril Matamela Ramaphosa will continue with greater vigour the removal of all the individuals who through greed, abused the trust of the people who voted them into office by becoming corrupt. The reasons I’ll cast my ballot for the ANC are the following:

I am confident that people in the ANC lists who are implicated in criminality will not be given senior leadership positions in provincial legislatures, in Parliament and in the government, as cabinet ministers, for instance. There are many good young woman and men on the lists who will do a great job if given the opportunity.

At this point in the life of our young republic, it is crucial that South Africa has a stable government with the kind of experience that is only available in the ANC, despite its acknowledged flaws. The large number of unemployed (27%) urgently need to be found jobs. It is investors, big and small, national and international, who make it possible for the economy to grow and create jobs. President Ramaphosa has inspired the confidence of these investors and has in the short time that he has been President been able to raise more than R500-billion in foreign investments. There will be more of this if a stable government results from this year’s elections.

The sad truth is that none of the opposition parties, working singly or in combination, is in a position of forming a viable government at the moment. In the fifth parliament since democracy in South Africa, the Democratic Alliance (DA), which prides itself on the promotion of multi-racialism, had 86 Members of Parliament, of whom 62% were white, 70% of them male! For a group who constitute barely 9% of the country’s population, it is no exaggeration to say white people run the DA. This is 25 years after the advent of freedom.

The Economic Freedom Fighters (EFF) declare in their election manifesto that if they got to government they would grow the economy through nationalisation: of mines, land, banks, etc. For all its good intentions, this would be a disastrous strategy. Witness the record anywhere else in the world. There would simply be no money to finance their ambitious desire of doubling social grants and achieving free education.

It bears stating also that while the ANC is already dealing with its corruption demons, the EFF maintains loud silence on the curious relationship between its Commander in Chief with the confessed cigarette smuggler Adriano Mazzotti who was kind enough to to provide R200,000 for the registration of the EFF and had his friend advance R1-million to help Mr Malema sort out his tax problems a couple of years ago. The friendship runs deep. Malema’s family lives in a well-appointed Hyde Park apartment owned by Mazzotti, where rentals cost up to R100,000 per month.

For his part, Floyd Shivambu, the EFF deputy leader, is also yet to explain his links with Stellenbosch businessmen, part of the group that he scornfully refers to as the “Stellenbosch mafia” whom he repeatedly visited with EFF MP Marshall Dlamini, he who assaulted a police officer outside parliament in March last year. There would be much more to say but time does not permit an elaboration.

So, who would form a coalition? Not the ANC, despite Ace Magashule’s rumination about Malema and the EFF returning to the ANC. The ANC he left is now past. It is the one where people proclaimed their willingness to die for Zuma. So, the DA? Perhaps.

Factors considered, wouldn’t we be better off as a nation under the Presidency of Cyril Ramaphosa? DM

Mavuso Msimang is a former member of the High Command of Umkhonto we Sizwe, former CEO of SANParks, former Chief Executive of KZN Tourism, and a former non-executive Director of Robben Island. He is also a former Director General of the Department of Home Affairs.