Markets don’t care about elections. Or do they? 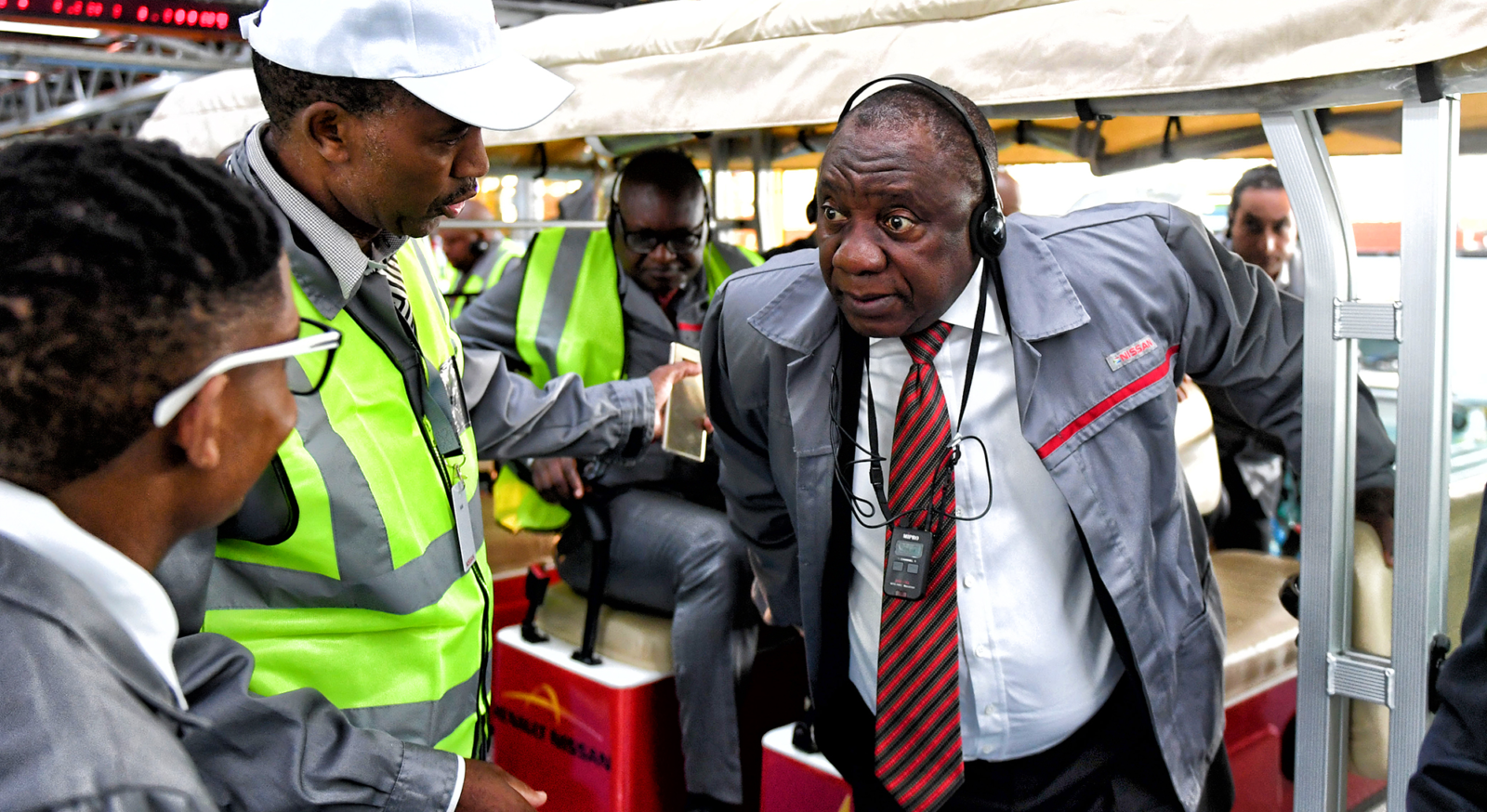 Like the election itself, South Africa’s markets are in a quandary. The economy is in a poor state, but SA’s stock markets are verging on record levels. That quandary poses a difficult question: What are SA’s markets anticipating — and what will happen if their expectations are dashed?

It’s a cliché by now, but if there is one thing the stock market does not like, it is uncertainty. And elections, by their very nature, create plenty of it.

South Africa is not Zimbabwe or Venezuela or the DRC. The concern is not whether the election will be free and fair on the day — after five rounds of national elections since 1994, voters have a reasonable amount of faith that the electoral system works.

Yet it feels like the stakes have never been so high, and an election so fiercely contested. Voters on both sides of the centre are disillusioned. The economy is stagnant, jobs are scarce and political rhetoric is high. Voters are impatient for results and action.

The markets reflect this. They have priced in the poor economy, rising levels of government debt and the absence of reforms needed to kick-start growth. A good yardstick on how much bad news has been priced in, is the yield on South African government bonds. Currently, the 10-year government bond yield is just over 9% compared to inflation of 4.6% — giving a real yield of about 4.5%.

“Bar the late 1990s when emerging markets were in a period of crisis and the SA monetary authorities were attempting to bring inflation down to single digits, real yields have seldom been higher than 4%,” says John Orford, a fund manager within the Old Mutual Investment Group.

In the meantime, South Africans are obsessing about degrees of difference.

Opinion polls seem reasonably certain that the ANC will win between 53% and 57% of the vote. If the final tally falls to the higher end of this figure, ANC president Cyril Ramaphosa will apparently then have a free hand to do what needs to be done to turn the country around. Should it fall to the lower side, it is presumed that the populists could emerge more dominant and Ramaphosa becomes a lame-duck President.

In the face of such uncertainty, we are told, equity investors sit on the fence, waiting and watching.

“Narratives change depending on the mood and who is saying what. For the first three months of this year foreign buyers were absent in our market. We thought it was because they were nervous,” says Patrick Ntshalintshali, fund manager at Perpetua Investment Managers.

“But in April they came back, and they are buying. But this has nothing to do with optimism about the elections. These directives tend to be short term in nature.”

“The offshore money that moves our market is very macro driven,” adds Bradley Preston, head of listed investments at Mergence.

“The currency has sold off and investors are seeing value. It’s not necessarily about the individual stocks — instead they are buying baskets of stocks. This is being supported by the big investment banks that are pushing the SA story at the moment.”

In an unusual move for investment banks, Colin Coleman, CEO of Goldman Sachs in South Africa, spoke out publicly in favour of a strong showing for the ANC. A strong result would provide a mandate for structural reform and would trigger a rally in asset prices, he said.

While the views he expressed were personal and not those of Goldman research, it appears there are asset managers who share this view.

Old Mutual’s Orford notes that the election, while important for the long-term outlook of the country, is not as binary as the ANC’s presidential election in December 2017 was. Then, financial markets faced two starkly different outcomes: A continuation of the pro-Zuma faction based on a Dlamini-Zuma victory versus a break from the past with a shot at governance and growth-enhancing reforms through a Ramaphosa victory.

The result triggered a mood of national optimism and a rally in asset prices.

The election outcome this time is less important. Instead, Orford believes that investors should be paying closer attention to the key longer-term themes driving markets.

The bad news is that one of the key long-term themes at work in the SA market is the decline in long-term growth.

“The initial drop in GDP growth in 2009 was largely due to the external shock of the global financial crisis; however, the subsequent deterioration is largely self-inflicted,” Orford explains.

“Government has failed to implement policies that would improve the country’s potential growth rate — such as policies to free up competition in labour and goods markets, to improve the supply of skilled labour and to reduce the cost of key inputs, like energy.

“We think the ANC will do well and this will benefit the rand and SA assets. We think some stocks are reasonably valued — we think beyond the election Ramaphosa will push through reforms that benefit governance,” says Orford.

However, an online poll conducted by research firm Intellidex suggests the market is more cynical than anticipated. Market participants in the poll, conducted last week, were generally pessimistic about the prospect of President Cyril Ramaphosa instituting growth-boosting reforms after the elections — regardless of the result.

The participants believe that there is only a one-third chance of growth-boosting reform after the elections, but that President Cyril Ramaphosa will survive until 2022 at least.

“The view that there is a link between a strong result for the ANC and a mandate for reform is misguided, according to our research,” says Peter Attard Montalto, Intellidex head of capital markets.

“The NEC doesn’t change whatever the result, and that is the issue. There is a big chunk of the ANC that is loyal only to rent extraction and even with a strong mandate we question whether Ramaphosa’s team is capable of pushing through the reforms necessary.”

He cites as an example the lack of visa reform, despite the promises in this regard:

“Why have they not fired the securocrats blocking visa reform in Home Affairs?

By the end of Wednesday, the elections will be over and the counting will be underway. South Africans of all hues will have to live with the result.

The markets will do no such thing. While driven by sentiment, they remain loyal only to themselves. The patient capital so important for growth will continue to sit on the fence until there is tangible evidence that Ramaphosa’s ANC is able to implement reform.

Until then investment in the local market will remain opportunistic and “hot” (prone to sudden inflows and outflows) for the foreseeable future. DM