We should not give in to cowardice – Mavuso Msimang 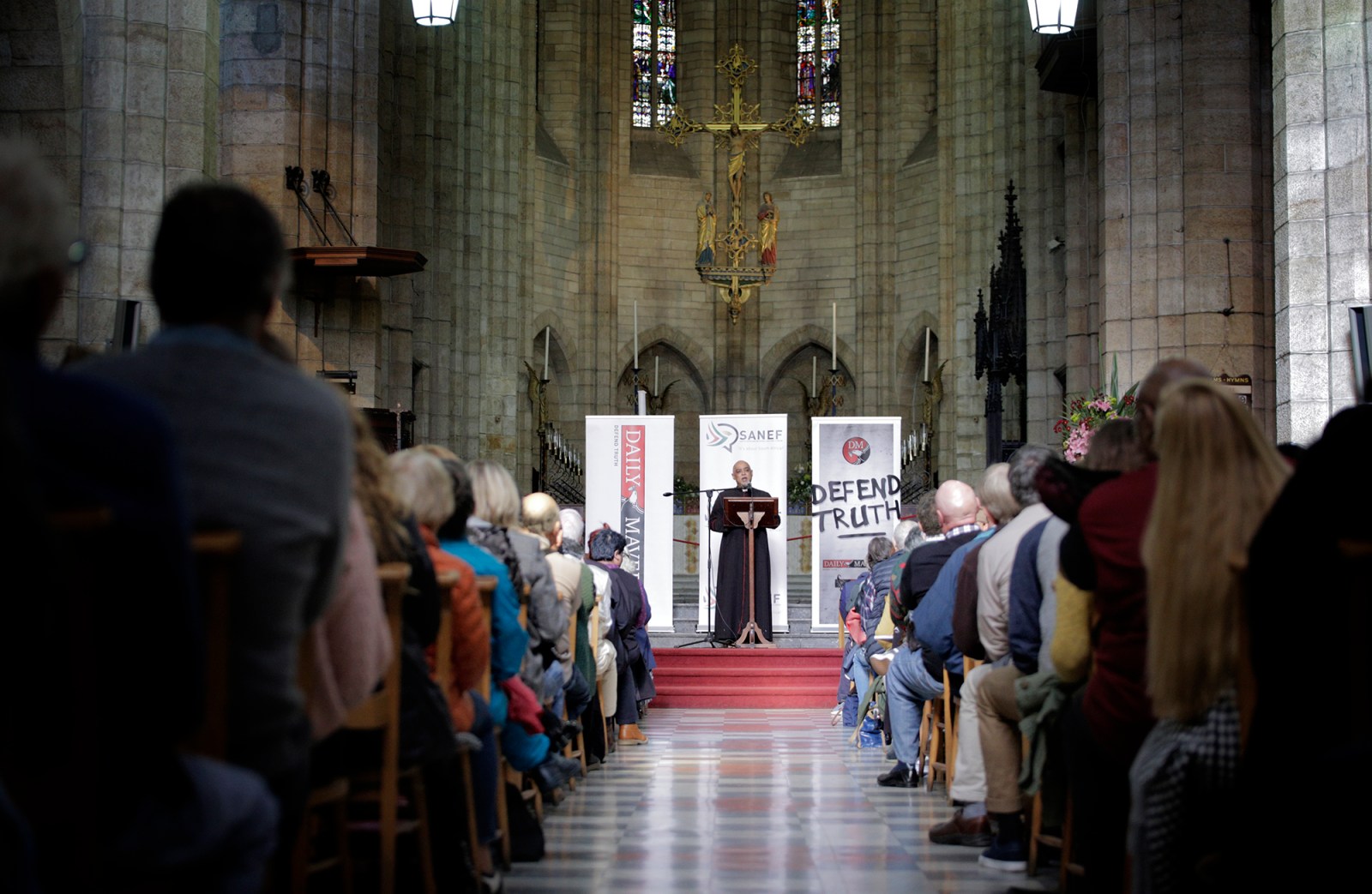 On World Press Freedom Day, people from different spheres of life – the arts, politics, religion, civil society and media – met to discuss the role of journalism in democracy. Considering the impact disinformation has on elections, and with May 8 on the horizon, the media’s watchdog role is perhaps more important now than ever.

Speakers at the event included:

The ANC did not respond when Daily Maverick invited representatives from the party to attend the event.

Question: What happens when a politician, a playwright, a journalist and representatives from all walks of life meet in a church?

The answer: a conversation about corruption, censorship and the state of the media in South Africa.

Such was the outcome of a World Press Freedom Day event hosted by Daily Maverick, the South African National Editors Forum (SANEF) and Media Monitoring Africa on Friday 3 May, officially recognised as the day the world honours the World Press Freedom. The event was held in St George’s Cathedral in Cape Town, a building that is known both as a place of worship and an anti-apartheid symbol.

The event, which focussed on this year’s Press Day theme of “Media for Democracy: Journalism and Elections in Times of Disinformation,” brought together people from all walks of life.

Still, ANC veteran and struggle stalwart, Mavuso Msimang, commented on the fact that while the speakers and panels were diverse, the audience lacked proper representation.

“The demographics of this meetings are not truly representative of the demographics of South Africa,” Msimang said. But he acknowledged that he did not know if this was a fault of the press itself, government or civil society.

Msimang, however, commended the media for their perseverance and bravery in the face of adversity. “We should not give in to cowardice,” he told audience members.

His sentiment was reflected by the other speakers present, including playwright and cultural activists Mike Van Graan.

In a moving and poetic speech, Van Graan told audience members that “when truth defenders need bodyguards then democracy has not been won.”

Throughout the two-hour event, each of the ten speakers highlighted the need for a free press, particularly in a country such as South Africa, with its history of censorship and propaganda.

But the speakers also highlighted the worrying atmosphere around media in South Africa at the moment. Pieter-Louis Myburgh, Daily Maverick/Scorpio investigative journalist and author of the Gangster State: Unravelling Ace Magashule’s Web of Capture, reminded audience members of the danger faced by journalists every day.

“My colleagues and I are routinely subjected to online harassment, and that sometimes results in physical harassment.”

Social media, while opening up debate and allowing for the deepening of democratic engagement, has brought with it new hurdles for media organisations to face. One of the major issues is that of disinformation, described by Independent Electoral Commission (IEC) Commissioner Janet Love as “the deliberate distortion of facts to manipulate results and events.”

Altering political discourse is one of the primary goals of disinformation, and as such it poses a direct threat to democracy. According to Love, in the age of Donald Trump “social media has been weaponised.”

Despite the dangerous, uncertain and tumultuous environments journalists in South Africa are faced with, press freedom is enshrined in our democracy. As DA MP Phumzile Van Damme said: