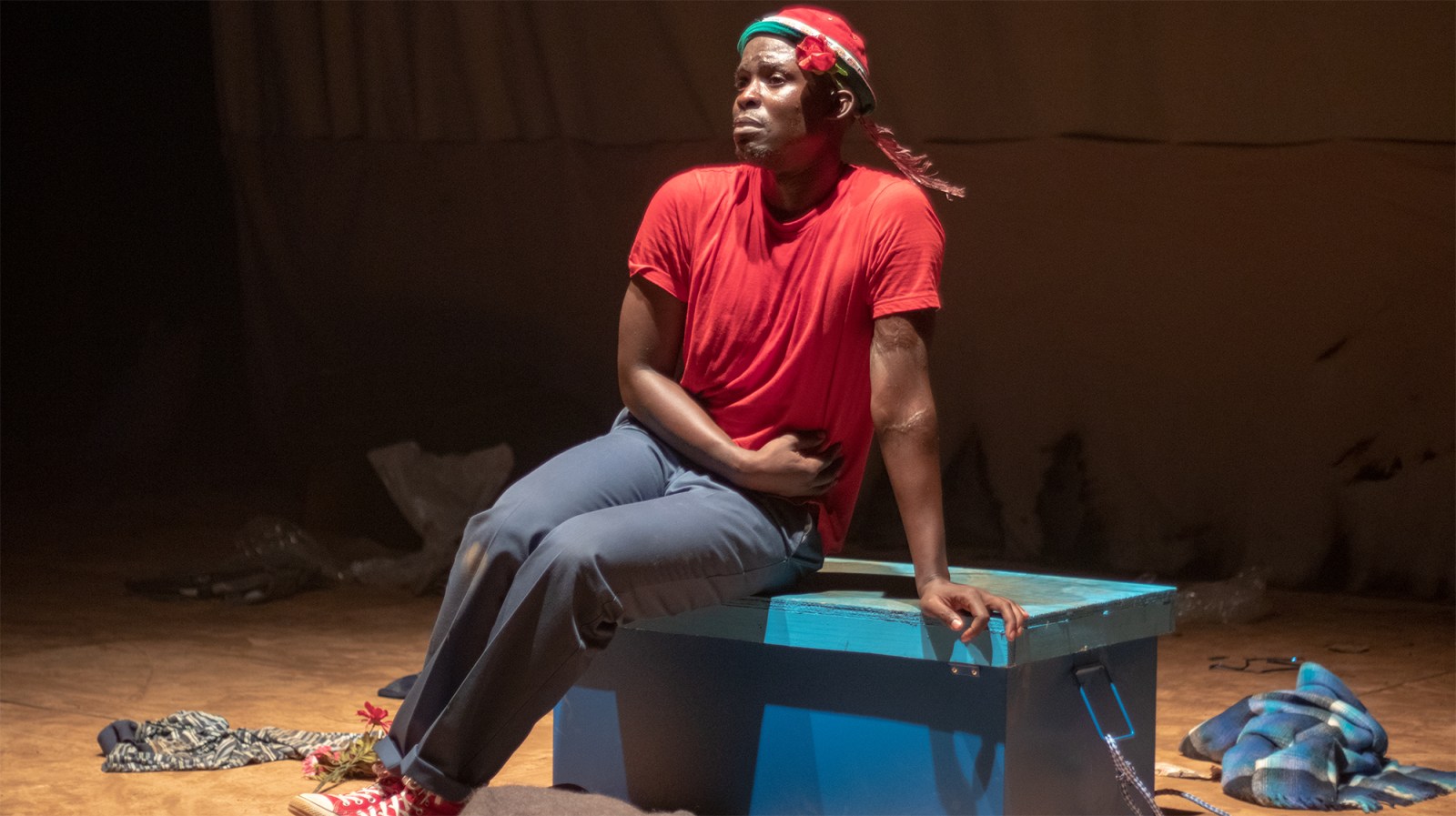 Running at the Joburg Theatre, ‘Itsoseng’ charts how the promise of each new beginning after 1994 has ended in disappointment.

“When I was first approached to direct the play, I didn’t want to do it because change I’d hoped would happen when I first wrote the play hasn’t happened. In fact, things haven’t changed, they are worse.”

These are the words of Omphile Molusi, director of Itsoseng, a play currently running at the Joburg Theatre.

Itsoseng was first staged by director, writer and actor, Molusi in 2004. The one-man production is set in Itsoseng township in the North West province.

It features Thapelo Sebogodi as the protagonist, Mawilla, who encapsulates the struggles, as well as the striving spirit, of the residents of the township, 25 years after democracy.

The rebooted version of the play is set between 1994, right before the first democratic elections in South Africa, and 2008.

At face value, the play is a love story, as it is driven by Mawilla’s yearning for a relationship with the love of his life, Dolly.

Mawilla has been in love with Dolly since they were children, and she is what gives him hope for the future, despite the challenges they face in Itsoseng.

Historically, the township of Itsoseng was part of Bophuthatswana, an apartheid-era homeland led by Lucas Mangope.

However, after growing disillusioned with Mangope’s tyrannical leadership, the people of Bophuthatswana revolted and overthrew Mangope.

This piece of history is captured in the play as a dark and frantic scene, playing out in front of a mesmerised audience.

The people of Itsoseng are fed up. And led by a former soldier in the army of Mangope, Buda Six, they revolt: burning tyres, looting shops and ultimately, after much deliberation, setting on fire the only shopping centre in Itsoseng. Which, at the time, is the source of employment for many of those living Itsoseng, including Mawilla’s mother.

This, of course, mimics the nature of service delivery protests that frequently happen in townships – and even more frequently directly prior to elections in order to force the hand of those in power.

When Mangope’s regime collapses in the play, the people of Itsoseng are hopeful of a new dawn.

They are hopeful that the new government will come and rebuild the place, improve infrastructure, and build them a bigger and better shopping centre.

However, 14 years after toppling Mangope, the citizens find themselves frustrated with the lack of progress and change.

Different politicians come to Itsoseng, making promises which they never fulfil and deflecting responsibility – much like the recent events which played out in the township of Alexandra.

These same politicians attempt to lure Buda Six, the leader of the revolution against Mangope, so they can use him as a puppet to appease the people of Itsoseng. However, he remains loyal to his people, despite the promise of a better life for himself.

Now residing in Johannesburg, Molusi says the idea to write the play came to him after numerous return visits to Itsoseng and witnessing the place was still stagnant after so many years.

It was his way of resisting and protesting what was going in Itsoseng, his place of birth, and many other apartheid-created townships in South Africa.

As the play progresses, the new struggle of Itsoseng is economic, just like in all the other townships throughout the country.

Everyone is just trying to survive. Survival in South African townships among most youth means the rise of crime, prostitution, you name it. So, the townships keep deteriorating.

Mawilla describes the township as a “plague, a curse” where the only things to do are “drink, have sex, and play soccer in the streets”.

The design of the set, the handiwork of Nthabiseng Malaka, brings this hopelessness to life as the stage is filled with all sorts of filth so that it resembles a mini dystopian kingdom.

Molusi says townships were the result of a system (apartheid), and that they were designed to not just oppress people physically by restricting their movement, but mentally as well.

And despite the almost three decades that have passed since the formal abolition of apartheid, its legacy lingers.

“The only way to change a system is to create a new system, making the old system obsolete. Look at phones, for example. There used to be 3310s, and those were the ‘it’ phones. Now we have smartphones,” says Molusi.

Molusi also called on people to “change their mindsets” towards townships, and begin to invest in them, pointing to the progress that has been made in Soweto in this regard.

“We need to change the townships; instead of going out to town, we should bring the town economy to the township,” Molusi told Daily Maverick.

Molusi is essentially calling on people in townships to “raise themselves up”, which is what Itsoseng means.

Itsoseng is on at the Joburg Theatre until 5 May. DM