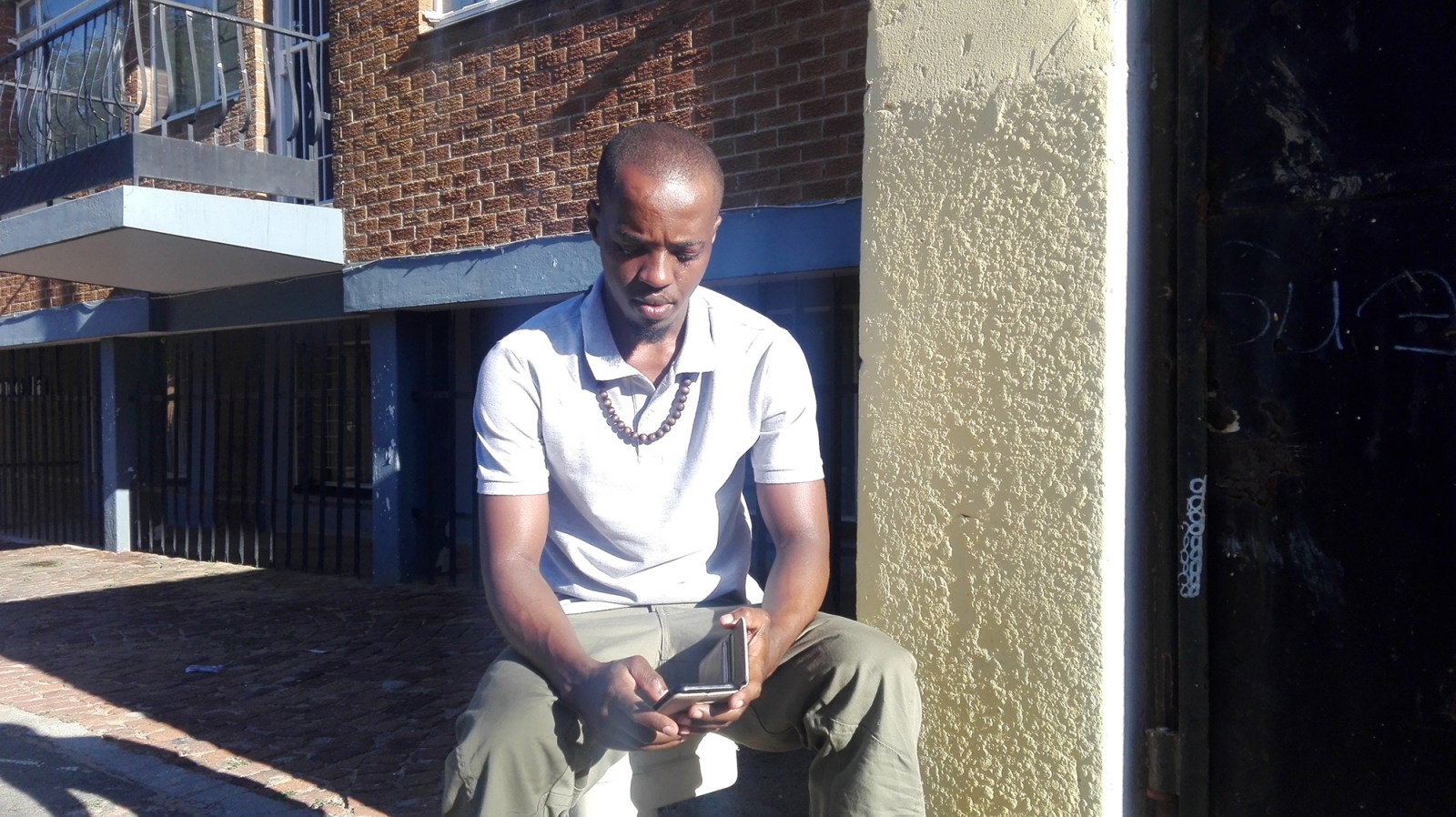 Jean-Paul Karekezi is a Rwandan refugee, who has been living in South Africa since 2001. Photo: Yanga Sibembe.

Refugees to South Africa have many of the same rights as citizens – but the right to vote is not among them. Yet many migrants, like Jean-Paul Karekezi, are keen observers of South Africa’s political system, and frequently awed by the relative freedom on display here.

“It’s so painful the fact that I consider myself a citizen of South Africa, but because of the paperwork problems I cannot advance the African National Congress’s motto, which is: ‘A Better Life for All’, come the 2019 elections”.

Karekezi, who was born in the capital city of Rwanda, Kigali, has been in South Africa since he arrived in the country as a baby-faced 19-year-old in 2001. He and a handful of his compatriots had fled their home country in the aftermath of the Rwandan genocide, and the subsequent socio-political issues that arose from it.

His journey south from the east, which spanned two years, was a long and perilous one, made even more difficult by the fact that there were not many embassies around on the continent at the time.

The group managed to get to Uganda, which had a few embassies. There they were able to obtain tourist visas to Tanzania, where they stayed for a few months. From Tanzania, Karekezi made his way to Zambia to stay with family members, but he became disillusioned with the stagnancy of his life in that country.

“Although my destination was not South Africa, I ended up thinking my life is not in Zambia, my life is somewhere else. And the best choice for me was coming down to meet up with my brother, who had been in South Africa since 1996.”

Karekezi and a friend, with whom he had travelled from Zambia, then into Zimbabwe, were smuggled into the country through “panya roads” – secret routes known only to smugglers – from the Musina border.

He was dropped off in Johannesburg, where he was met by his older brother.

Karekezi managed to get a scholarship from the Jesuit Refugee Service, an organisation that “works to accompany, serve, and advocate both for and on behalf of asylum seekers, refugees and other displaced persons”.

Through the organisation he was able to obtain his matric, then a qualification in film and television production. He now works as a film-maker for a company which he did not wish to name.

Karekezi has very strong political views, and over the years, through his film-making, has been very vocal about the struggles that face the people of Rwanda under the current regime. He is a member of the Rwanda National Congress (RNC), a Rwandan opposition group in exile, established in the United States on 12 December 2010.

Despite his sadness at not being able to vote in the upcoming South African elections, Karekezi is optimistic about the future of the country, as well as praising what has been done in the country since the end of apartheid.

He said of the country: “It’s a young democracy, 25 years. But guess what? It has had about four democratically elected presidents, and with each one, you see the difference. In African countries that have had independence since 1960, you have two presidents. And still, there is no infrastructure. So, definitely, South Africa is heading in the right direction”.

He said felt this way despite his frustration at having been in South Africa for so long, and still not being legally recognised as a citizen. He said he did not blame the South African government for his struggles.

“Policies put in place by the government work. The problem is the people who are charged with making sure they work. They want to further their own agendas. So, the problem is not the policies.”

Karakezi was also full of praise for South Africa’s protection of freedom of expression, saying that in most African countries you cannot challenge the leadership, and there would never be any room for the radical views of a party like the Economic Freedom Fighters.

Having been in South Africa for so long and grown to know the complexities of identity in the country, as well experiencing xenophobia, he dreams of not only a united South Africa but a united Africa, where tribalism and borders don’t govern how we interact with each other as Africans.

“I’m still waiting for a scientist that will come take my DNA and say: ‘okay, you’re Hutu, or you’re Tutsi, or you’re Zulu, or you’re Xhosa’. This tribalism thing is not scientifically based, it has nothing to do with blood,” said Karekezi. DM