The future is Asian, and Africa’s hinterland is there 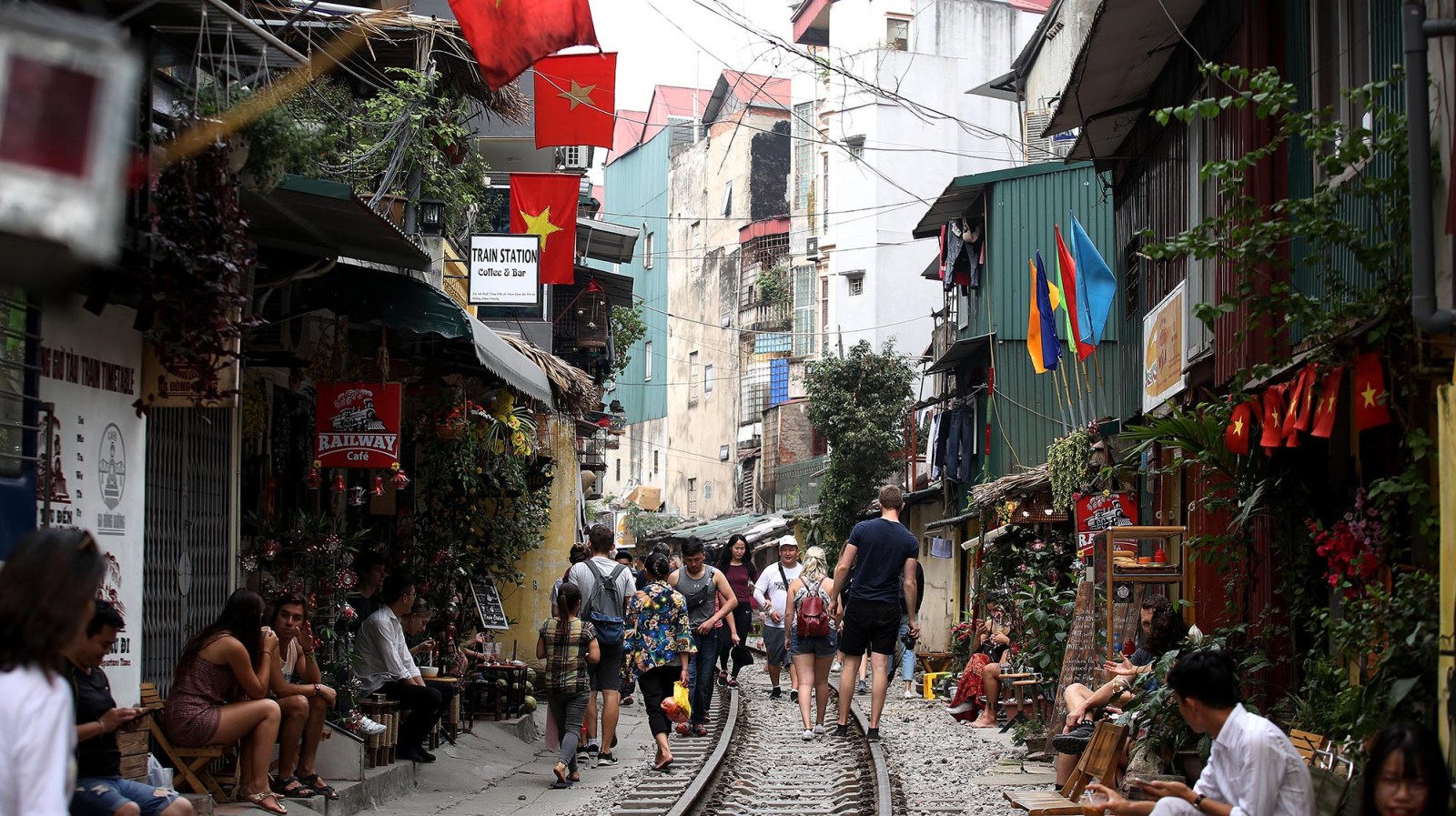 Tourists walk along a railway track that passes through an old residential area of Hanoi, Vietnam, 28 March 2019. EPA-EFE/LUONG THAI LINH

As the economies of Asia continue to rise and rise, Africa, with its vast store of raw materials and commodities, is uniquely positioned to piggy-back as a partner. But it would be foolish to only look at China – the rest of Asia is also part of this global economic tectonic shift.

The world is undergoing a tectonic shift in global power. Asia’s rise is reconfiguring the global economy. As researchers and pundits have predicted, the “Asian Century” is here.

But there is a self-defeating paradox that comes with Asia’s rise: an ageing population and a significant decline in its youthful population. The future may as well be Africa! A 2018 Goalkeeper’s report by the Bill and Melinda Gates Foundation reflects the composition of Africa’s youthful population and reports that by the year 2050, Africa’s “young population, aged between zero and 24 years old, will increase by nearly 50%. In 2050, the continent will have the largest number of young people, making up nearly twice the young population of South Asia and South-east Asia, East Asia, and Oceania”.

Africa stands as the only region in the world with such a unique population makeup. The African future can only be guaranteed if African foreign policy rises to the challenge of intentionally directing impactful investment to its human capital. On the other hand, Asia will be at the centre of global efforts to manoeuvre the current wave of geopolitical, economic, social and technological transformations. How should Africa respond to this rising Asia?

To do so, Afro-Asian synergies will have to be exploited.

Historically, Asia dominated the world economy before the 19th Century, led by Japan’s postwar economic surge. Asia was the envy of Europe and churned out more than two-thirds of global output. At the advent of the scientific and industrial revolution, the west dominated the world. This “great reversal” that we are now witnessing marks, as Parag Khanna puts it, is a turning point and full circle moment for Asia as it becomes the new centre of global economic activity.

The rise of Asia is a bigger narrative than the super-economies of India and China. The growth and emergence of smaller and midsize economies is a significant feat. Indonesia is well on its way to becoming a $2-trillion economy while Vietnam is one of Asia’s fastest-growing economies, surpassing Belgium and Switzerland.

Economic history lays out Asia’s humble beginnings very well. Asia was once just a low-value agricultural products exporter. With the rise of Japan, South Korea and other Asian Tigers, the region is now the global centre for high value-added outputs: “factory Asia”. The Asian region has mastered a mix of integrating into the global economy via trade and FDI, high savings rates, very high human and physical capital investments and sound macroeconomic governance. All these have contributed to Asia’s great leap forward.

Although this resurgence happens simultaneously with the West’s eclipse from global corridors of power, the West will remain an influential force in global politics. So how should the world relate to a resurgent Asia? Africa has been the centre of the world’s attention for its natural resources. The continent remains the “go-to guy” for raw materials and a sprawling youthful population that represents a lucrative market for the world’s top producers. Thankfully the terms of Africa’s engagement with the world have changed. Africans are reclaiming their place in the world and rising to demand equal partnership with those flocking to its shores.

China’s engagement on the continent is spiking up global interest, with almost everyone following suit to forge links with African states. Much of Asia already enjoys a presence on the continent. Countries like India continue to expand their diplomatic presence, announcing in 2018 that they plan to open 18 more embassies on the African continent. China has seen considerable progress with its Belt and Road initiative, and the Forum on China-Africa Cooperation (FOCAC), which last year saw more attendance by African leaders than the UN General assembly. More than half of African trade is with Asia.

Imports of African products by ASEAN have shown a significant rise while Malaysian, Korean and Singaporean companies have become increasingly visible in Africa. But what will Asian investment and hyper-economic activity bring to the African continent? A Green and technology revolution, agribusiness investments to boost agricultural productivity? All in all, the long-term implications of Afro-Asian synergies are positive.

African states enjoy diplomatic and economic clout. How they use it to their advantage will determine a lot in the next few decades. There is a dire need to reposition African foreign policy and diplomatic strategy to fit the whole picture of Asia. African governments need to stop strengthening diplomatic ties solely based on raising capital, but must also explore more avenues for people-to-people cooperation. We also need to stop viewing global geopolitics as just a battle between two centres of power, ie as if strengthening relations with China means we are snubbing other Western allies and vice versa.

Our relations with China must not be a substitute for relations with the rest of Asia. The region is a vast landscape that stretches far and wide. We must also seek to expand our services and products into the rest of Asian markets to exploit the region’s integrated linkages that connect five-billion people through trade, finance and infrastructure networks. South East Asia remains an economic and strategic hub of the world, teeming with young, urban entrepreneurial youth. We must start to build networks in the rest of the region. African states must strive to establish more diplomatic presence in Asia, not just when China opens a cheque book. Asia is the world’s intermediate goods production and export hub and the lessons to be learnt are beyond valuable.

Africa will continue to grow, and African leaders will need to be more pragmatic in their diplomacy to engage and collaborate with Asia. DM

Bakang Ntshingane is a graduate student at Chonbuk National University’s Department of International Trade in South Korea. He writes on the intersections of politics, international trade and foreign policy.