Next Wednesday, 10 million South Africans who are eligible to vote won’t be at the ballot stations because they did not register. By polling and historic voter turnout patterns, about five million more people who have registered are unlikely to make to the polls.

Let this sink in: almost one in three eligible voters in South Africa are either so disenchanted with politics or for whom democracy means so little in their daily lives that they did not turn up even to register. It could end up looking bleaker if you consider that the likely voter turnout is about 71% – which means that another five million people are not likely to turn out to vote.

Young people, in the main, account for the disappeared, possibly the outcome of a youth unemployment rate that is riding at 50%. There are roughly three million young people who are unemployed – which matches itself in poverty levels. This level of social injustice is impacting the buy-in to formal democracy as expressed in support for elections. 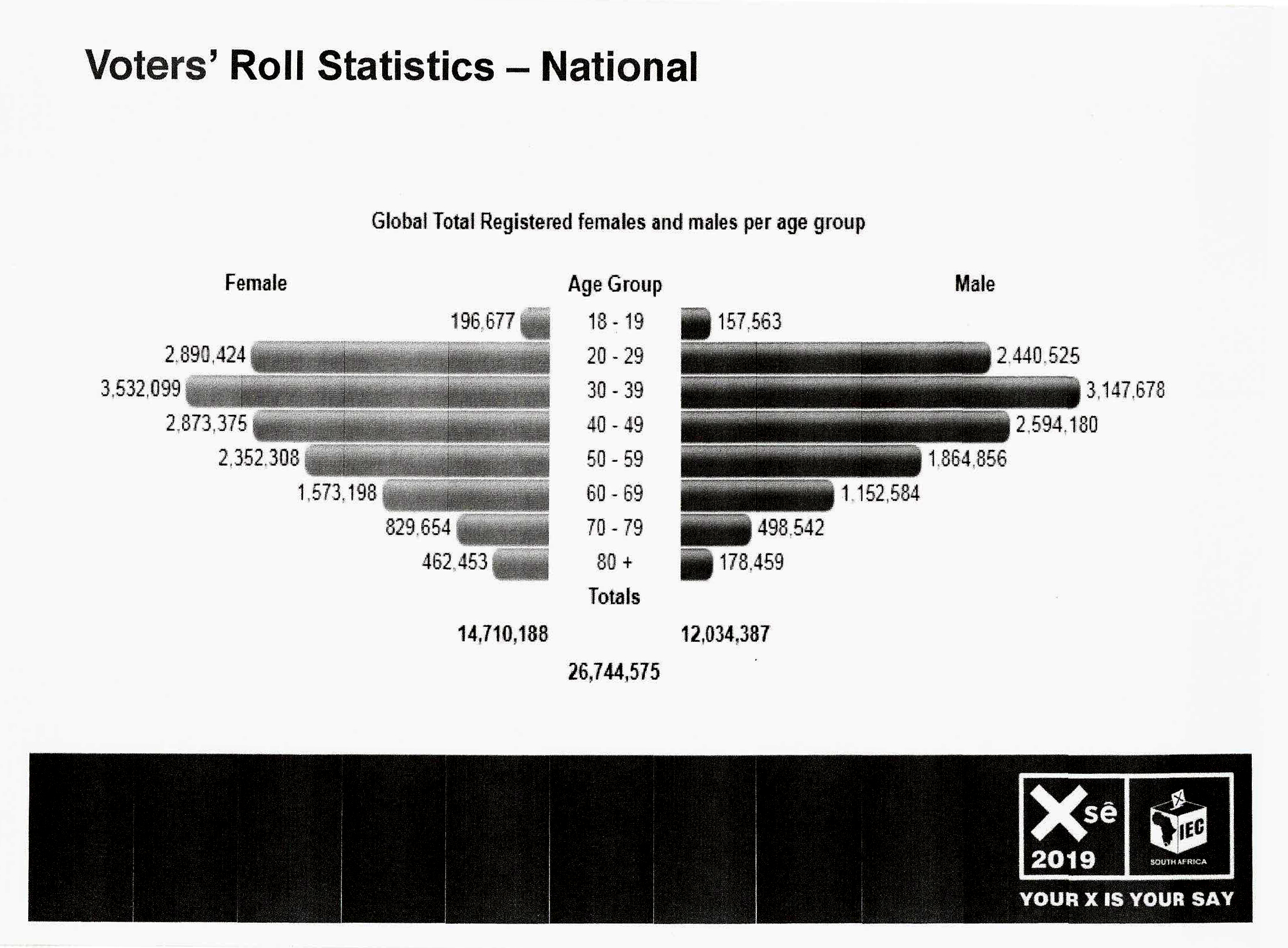 And it is also expressed in the growing support for the nihilistic politics of the EFF which, by numerous opinion polls, is revealing itself as the party likely to make the biggest gains in next week’s poll. Ipsos director Mari Harris says that if the EFF had managed to get more of its supporters to register, it would likely have done even better than it is likely to next week.

The EFF’s biggest supporters are young city and town dwellers. Diego Iturralde, the chief director for demography at StatsSA, says “disenchanted youth are likely to reside in metropolitan areas and in urban metros rather than towns”.

In the latest Ipsos poll out this week 2.7% of respondents told pollsters they would not vote. Those who refused to answer or had not yet made up their minds about whom to vote for equalled about 10% of the total registered voting pool. 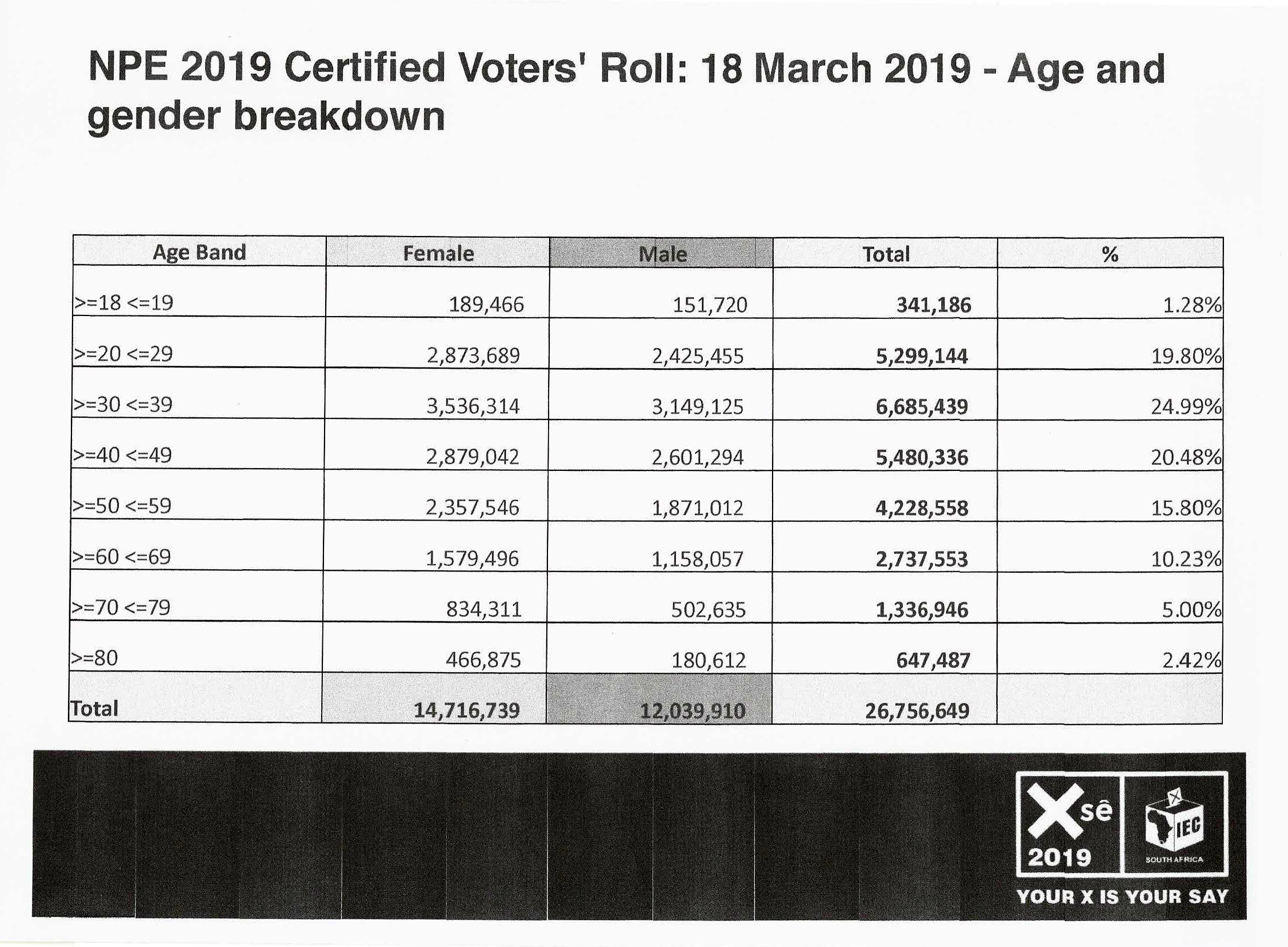 Where are the disappeared and disaffected voters?

This is interesting because Gauteng is also the wealthiest province and the politically most sophisticated, but now also the province most turned off by formal politics. It has the highest levels of inequality which suggests that the Gini Coefficient (the wealth gap measure) is influencing political outcomes.

Is it a bellwether of future politics? The poorest provinces – the Eastern Cape and Limpopo – have among the highest voter registrations showing trust in formal democracy and in political parties. 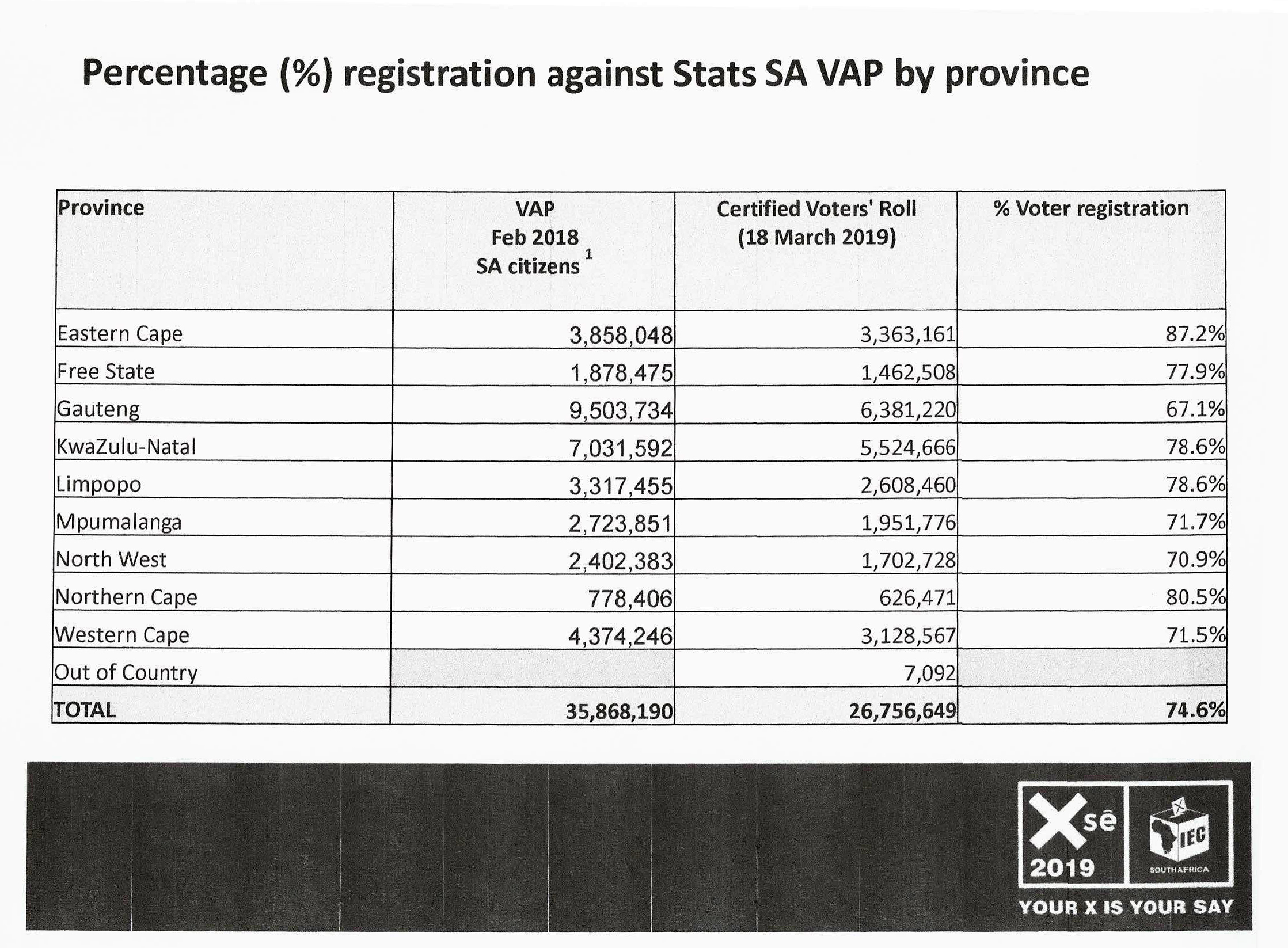 Just over one in two of those aged 20 to 29 years old have registered. People from 30 years old and upward are keen voters with registrations shooting up to over 70% in all cohorts from there on.

The keenest voters are those aged from 40 years old and up who registered at over 90% and up. Registrations of people older than 50 years were almost universal, which means that almost everybody who could register, did so. Among people aged over 80 years old, there is an anomaly in the figures as it shows that while there were 545,000 people eligible to vote, the certified voters roll shows that there are 647,000 senior citizens on it. (This is probably because they have passed on since the last election).

The high number of “disappeared” voters and the growing support for the EFF is the story of Election 2019 as it illustrates how high youth unemployment is beginning to shape South African politics and fuel the rise of populism. DM