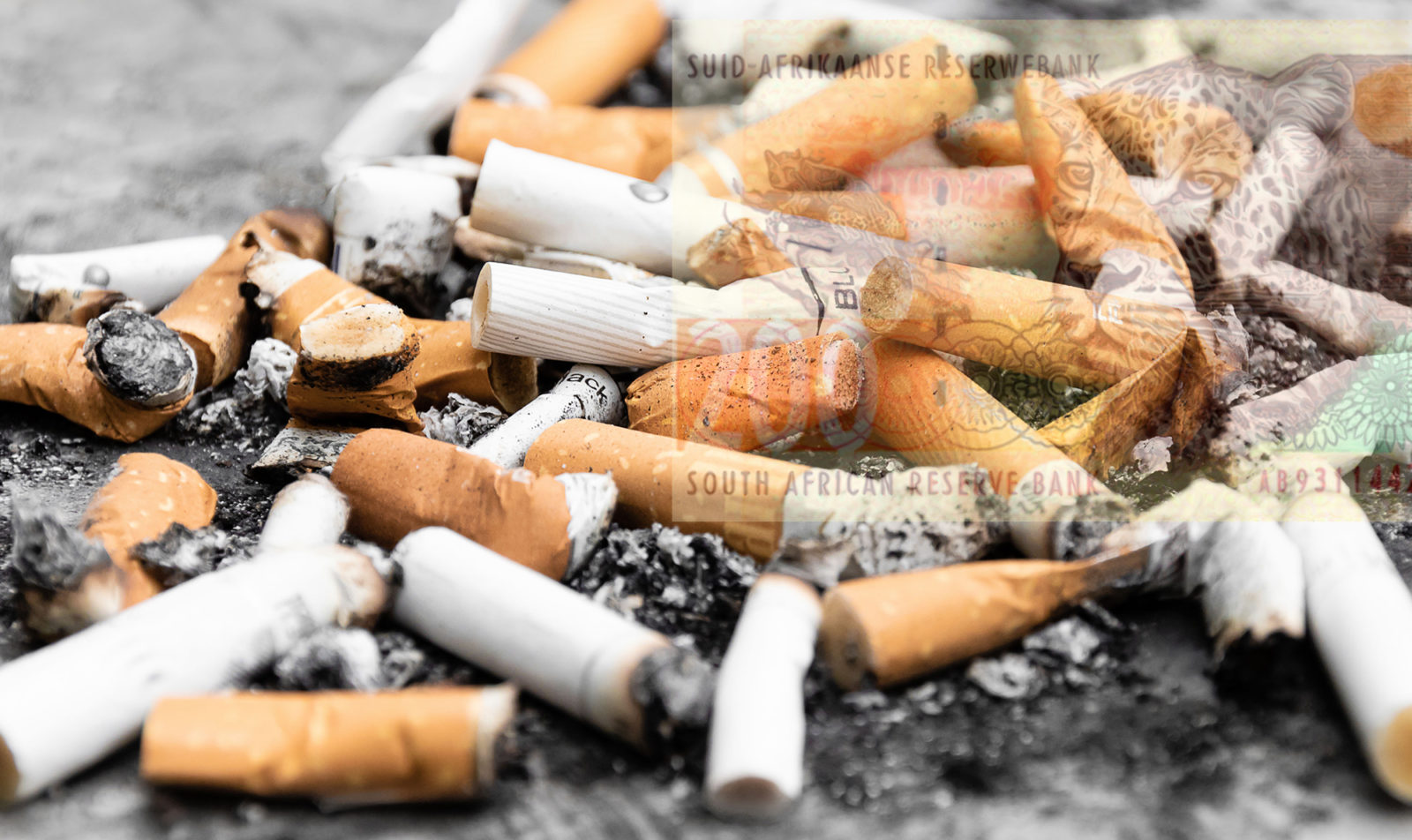 One of the most obvious pieces of low-hanging tax fruit is the illicit tobacco industry, which was a big topic at the Nugent Commission. The good news is that the SA Revenue Service has jumped on the problem, sending inspectors to all six cigarette factories. The results have been staggering, effectively endorsing the international industry’s diagnosis that local producers were cheating.

Former tax commissioner Tom Moyane famously halted investigations into tax compliance of cigarette production, and then some local producers were equally famously seen in the company of former Health Minister, now Minister in the Presidency, Nkosazana Dlamini-Zuma. That is all changed now, and the result has been dramatic.

The acting chief officer of Enforcement at SARS Viwe Mlenzana said in an interview on Tuesday that SARS had never been in a position to tell what was legitimate and what was illegitimate trade because it was dependent on manufacturers declaring their production. Weird, but true

That apparently allowed some local producers to produce vast quantities of cigarettes that slipped into the market without being detected. The fraud was famously flagrant; cigarettes were being sold for less than the tax normally demanded.

The sales of illicit cigarettes just went up and up, reaching an estimated 12 billion cigarettes a year. The biggest brand in SA is now no longer Peter Stuyvesant, but a previously little-known brand called RG, research group Ipsos discovered.

It turns out, the post-Moyane SARS has been swift to close this loophole, placing SARS personnel in factories, as the international industry, dominated in SA by British American Tobacco, has been demanding for years.

The result has been dramatic. Mlenzana said SARS had collected an extra R600-million in the past month alone. Extrapolating forward, Mlenzana said although this is a contested area, SARS now estimates it will make an extra R10-billion, on top of the R13-billion it gets already in tobacco excise.

The exercise has been so successful that Mlenzana said SARS had decided to revive the plan to upgrade tobacco tracking with what is known in the industry as a “track and trace” system. The system places cigarette counting machines in factories and relays that information in real time to SARS. It also stamps packets with an identification system.

This particular technology has been proven and is available in many other countries, Mlenzana said. SARS would be issuing a tender for the provision of a Production Management and a Track and Trace solution for cigarettes. The schedule is tight, with a decision in June on a provider, and implementation later in the year.

There is also a tricky question of back-taxes. Mlenzana said some audits were already taking place covering the 2013 to 2015 period. There will be instances where we might have to go back in time. Some people may have to answer some awkward questions,” he said.

Francois van der Merwe, chair of the Tobacco Institute of Southern Africa (Tisa) which represents the international brands, has welcomed the decision, saying that the tax shortfall it had previously conservatively estimated was R8-billion. For SARS to anticipate collecting R10bn was higher than even Tisa expected.

“We are extremely happy with SARS’ interventions and plans. It will result in a level playing field between producers and result in higher government income.

The non-compliance had allowed the illicit industry to “invade the market” with a negative impact on jobs and revenue collection, he said

Sinenhlanhla Mnguni, chair of Fair-Trade Independent Tobacco Association (Fita), representing the local industry, also welcomed the changes at SARS, so long as any steps taken were “free from industry influence”.

Mnguni was supportive despite the fact that the extra tax burden was likely to fall on Fita members and the implication that its members were cheating on excise previously. While there were a host of outstanding tax issues among the international companies, he said.

“None of our members have ever been found to have not paid excise duty”.

That may be so. But it might also be that nobody was looking. DM