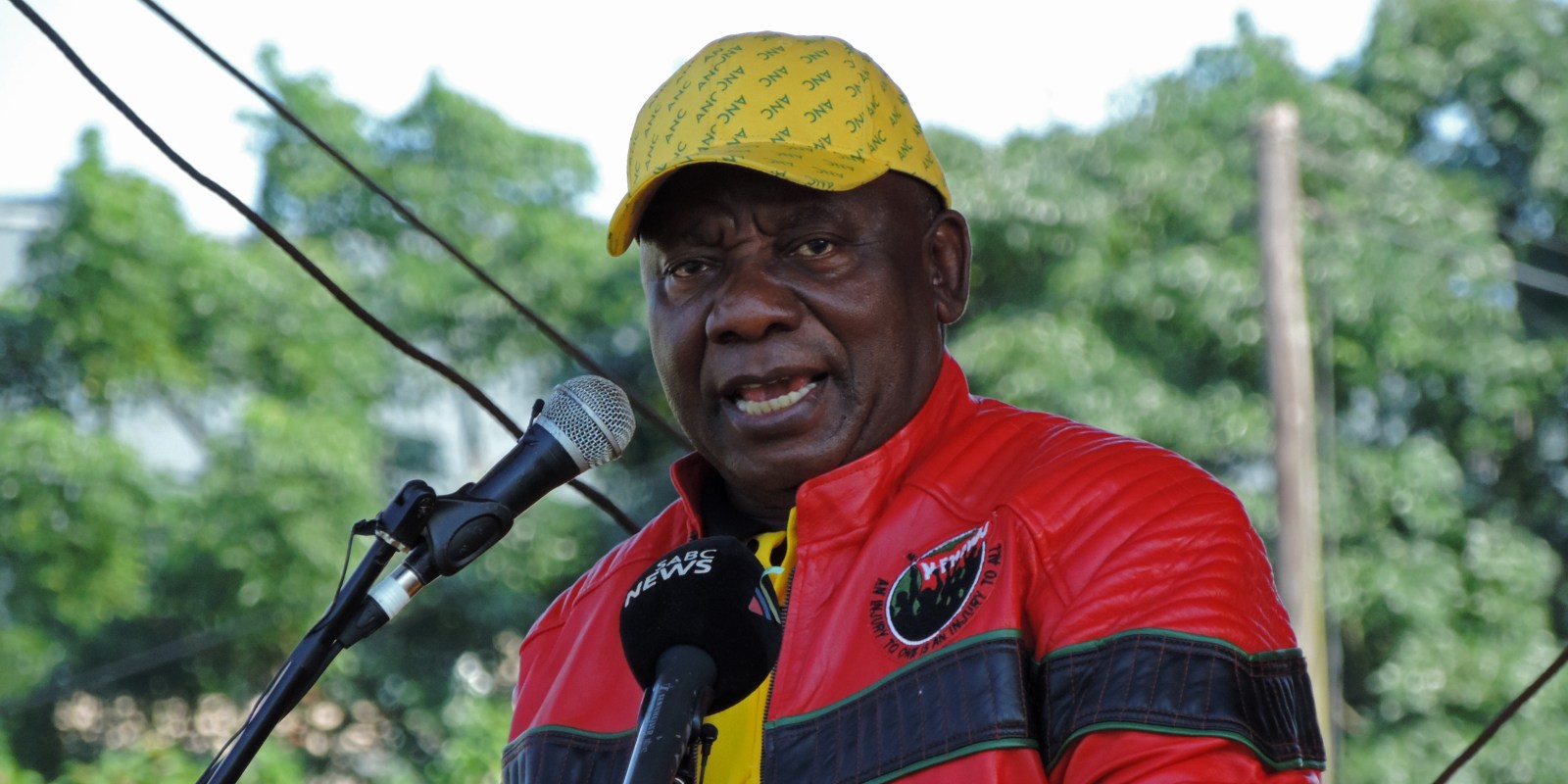 A week before the 2019 elections, the Congress of South African Trade Unions held May Day rallies across all nine provinces to commemorate Workers’ Day. President Cyril Ramaphosa called for unity at the national rally in KwaZulu-Natal while in the Western Cape workers demanded service delivery, action to tackle gang violence and an end to corruption. In the end, it appears that support for the ANC remained strong.

Cyril Ramaphosa, as ANC president, called for unity in KwaZulu-Natal, during a rally in the province.

“In forging unity and renewal we will challenge all practices that promote factionalism and we will tackle all tendencies that create division,” said ANC President Cyril Ramaphosa at the national Workers’ Day rally in KwaZulu-Natal.

“We will need comrades to ensure that as we promote unity within our ranks we remain focused on what needs to be done to ensure that unity remains solid.”

On International Workers’ Day, 1 May 2019, the Congress of South African Trade Unions (Cosatu) held its national rally in Clermont, Durban, alongside 12 rallies held across the country.

Ramaphosa delivered a message about unity against a backdrop of ongoing factionalism in the ANC and trade unions.

The South African Federation of Trade Unions (Saftu) held its own march in Durban on Wednesday, 1 May, to demand better working conditions. This followed a shutdown of the city centre by eThekwini municipality workers the previous day, protesting against a salary increase given to MK veterans in the Water and Sanitation department.

While Saftu’s competing May Day rally was not mentioned, Ramaphosa stressed the need to focus on “unity and renewal” in his keynote address to about 3,000 people at Sugar Ray Xulu Stadium.

With only seven days until the national elections, Ramaphosa emphasised that workers’ interests “must be at the forefront”.

Ramaphosa spoke about introducing programmes to “accelerate growth” and “transform the economy”, with specific mention of the job summit and investment conference — both of which took place towards the end of 2018.

While Ramaphosa acknowledged that workers were responsible for the economic growth of the country, he also said that historically the working class had been denied their “share of the riches of this country”.

“On this day, it’s your day to remind society that it is from your hands that millions of our people receive their daily bread and it is from the sweat of your brow that the economy of our country turns.”

The issue of State Capture and corruption was raised by speakers, with Ramaphosa commenting that he wanted to “rid the country of corruption”.

Overall, Ramaphosa used his hour-long speech to raise the many issues he said were being addressed by ANC, including some directly related to workers and others that affected people as members of the community.

Points which received the most enthusiastic responses were the implementation of a national minimum wage, national health insurance, land redistribution, efforts to decrease the cost of public transport and making transport more efficient for commuting workers.

Ramaphosa ended his speech by leading the crowd in the chant: “Now is the time to vote ANC”.

Despite overcast conditions, 300 workers from various constituencies under Cosatu marched from Athlone Stadium to the local police station protesting against gang violence, corruption and high levels of interpersonal violence.

“We want a police that is going to deal with gangsterism in an effective manner,” said Cosatu provincial chairperson Motlatsi Tsubane.

A memorandum of demands was handed to Athlone police station commander Major-General Mpumelelo Manci, who received and signed the document on behalf of the SAPS.

Cosatu provincial treasurer Ingrid Beukes said the community of Athlone had been struggling with gang violence.

“Especially in the last two weeks,” she said before reading out the list of demands outside the police station.

Demands included regular police patrols in industrial areas, public safety at railway stations, the removal of firearms from communities and a call for the government to listen to citizens.

“Before you think of leaving your door to go to work you’re thinking of who will rob you. We are not safe in our homes or our communities,” he said.

Sokoyi, who is from Gugulethu, says the government needs to increase employment opportunities and “develop” communities to reduce crime.

“SAPS can’t enter communities because the roads are bad. The lights are also not working and this is how crime thrives.”

Crystal Oliphant, a factory worker from Manenberg, said she felt undermined as an employee.

“The bosses think nothing of us,” she said.

Oliphant, a single mother, travelled to Athlone with her two young sons. Gang violence is a serious issue in her community.

“You can’t leave your children playing in the street because there’s shooting,” said Oliphant.

“It’s terrifying for us as a community.”

Beauty Tlohana, a factory worker from Samora Machel in Philippi, expressed loyalty to the ANC and foresees the party gaining new ground in the upcoming election.

“The ANC will take the Western Cape, not DA, not the EFF,” she said enthusiastically.

She is not deterred by the slew of corruption allegations against politicians within the party.

“It is not the ANC that is corrupt, it is individuals. The ANC didn’t steal the money.”

Mpho, who provided only her first name, is also “proudly ANC”. She runs a pre-school in Dunoon and is a single mother with five children.

“After we win elections, there will be work opportunities in the Western Cape, freedom and more small businesses.”

The march was followed by an event at Athlone Stadium where the crowd was addressed by Freda Oosthuysen (Cosatu national treasurer), Paul Mashatile (ANC treasurer general) and Jeremy Cronin (SACP Politburo member). In the mix were music performances by YoungstaCpt, Sactwu’s Own Talent, and the iconic Rockets. DM