Student grant body NSFAS has quietly changed the rules, issuing students with cash instead of vouchers 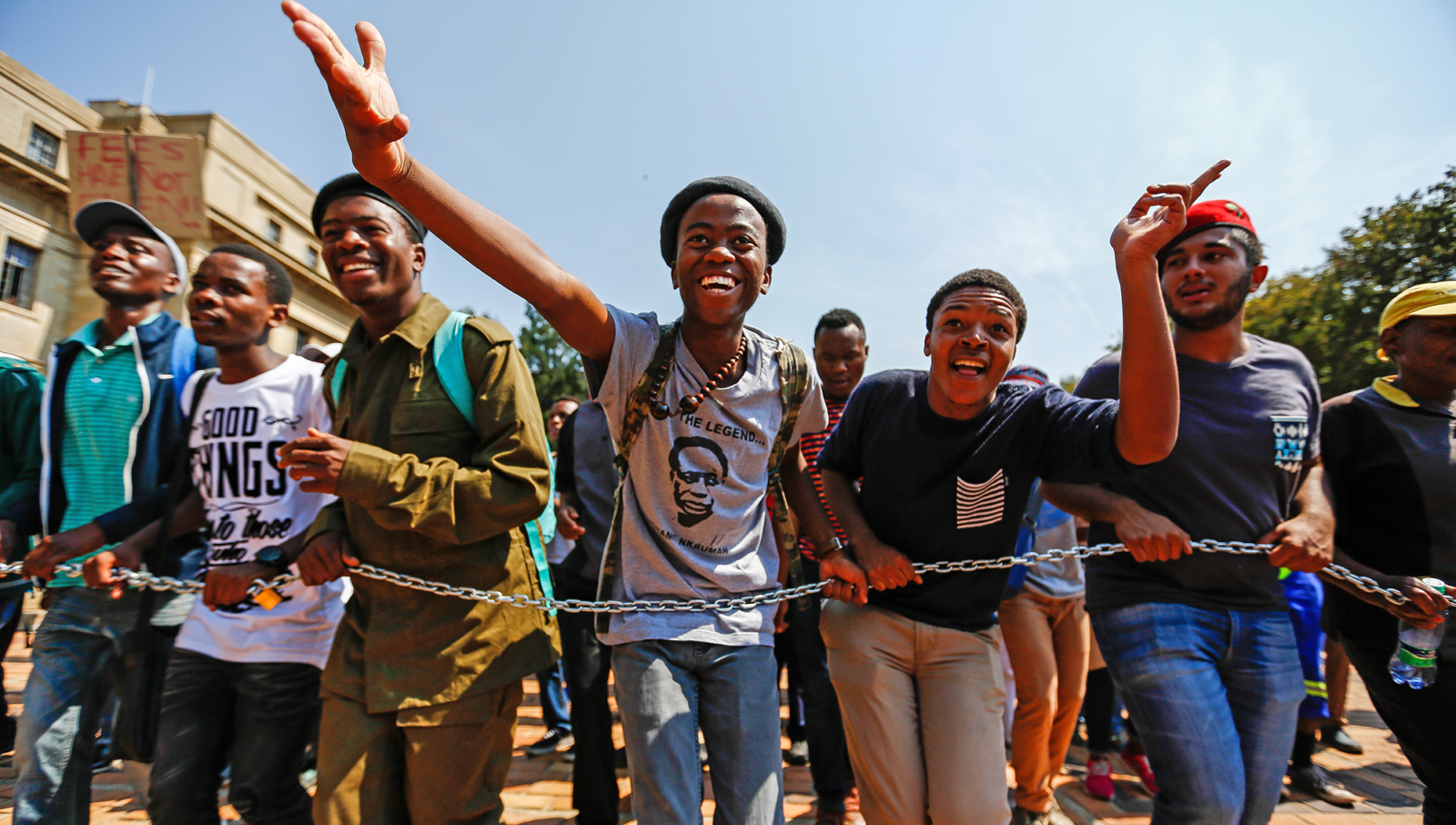 From the beginning of 2019, student grant organisation the National Student Financial Aid Scheme, a central player in #FeesMustFall campus demonstrations of the past few years, has quietly substituted cash payments to qualifying students for the voucher system that existed before. Students, understandably, love the idea. But educators worry that it will lead to buying beer before books. And then there is the election.

In the world of government programmes, there is a notion of benefit creep — once you open the door, it just keeps getting wider and wider.

And so it has turned out with another of government’s programmes, this time involving the organisation that supports tertiary students, the National Student Financial Aid Scheme (NSFAS).

When NSFAS began, it was a loan programme. Students were meant to repay the loans once they got jobs, which statistically they are more likely to get than non-graduates by huge proportions. It was meant to be, in the long term, a self-funding programme. But then NSFAS itself fell into crisis because a large proportion of students were not repaying the loans.

Then came the #FeesMustFall protests, and a national crisis of sorts, and the programme was re-examined in detail. Policy proposals were proposed by the Heher commission, which recommended an extension of the loan system, but maintaining essentially a loan programme. Those proposals were dumped, and the scheme was opportunistically grabbed by former president Jacob Zuma’s administration, in a crisis at the time, and it was considerably extended.

Students, essentially, won. Tertiary education went from being one of the most underfunded aspects of the South African education system to being fairly generous by international standards. South Africa will, at the end of the three-year R57-billion injection into higher education, be spending way more than 1% of GDP on higher education as the phased-in approach to fee-free higher education kicks in. That compares to the amount rich countries spend: Germany for example, spends 1.1%.

So now, the fiscus is funding the fees for first-year students coming from households earning less than R350,000 a year, up from R122,000 previously. As a result, a huge number of past students had their loans converted into grants.

South Africans, it is probably fair to say, feel mostly enthused by this development. Funding university education seems like such a progressive step toward rectifying the country. It was, after all, one of the demands of the Freedom Charter and free education was for years one of the promises made by the ANC government.

Yet, a counter argument exists too: University students are the most likely to get jobs; surely the priority should be early childhood education?

But now the benefit door is opening wider. Previously, students were given money for books and food payable to specific stores only in a voucher system. That quietly changed at the start of 2019. NSFAS spokesperson Kagisho Mamabolo confirmed that this system has been dumped in favour of cash payment.

NSFAS, through consultations with relevant stakeholders, redesigned its processes to ensure that accurate payments to students and universities happen timeously.

“A decision was therefore made that NSFAS-funded students should receive their allowances through their bank accounts, directly from academic institutions.

Was this an election ploy of sorts? Absolutely, says DA education spokesperson Belinda Bozzoli. The big dangers are that students will be put under pressure to send money back home and that they will spend it on beer rather than books. Yet she said there are advantages to the cash system too.

The problems are acknowledged on campuses. Vuvuzela, the publication of the Wits University journalism school, did a vox pop on the topic, and students acknowledged the chance the money may be used poorly, but there was general support for the change, even among those who had witnessed the problems.

“They are not using the money for what they are supposed to. They are using it to buy clothes, for going to clubs and for entertainment. Some are using it wisely, so I’m not opposed to giving them cash,” first-year BSC student Blessing Chauke was quoted as saying, for example.

One of the problems with the voucher system was that it involved delays and students were charged around 3% of their grants. Cash payments also mean students can be savvy about what they buy and hunt for bargains.

Yet the gradual expansion of the system illustrates one of the inherent contradictions of modern politics: Populism isn’t always sensible, but it sure wins votes. DM

Where is the risk, in bonds or equities?