The CIC in this photo is not former president Jacob Zuma, who was sworn in during his inauguration in Pretoria on May 9, 2009 by Chief Justice Pius Langa. (Photo by Gallo Images/Foto24)

The CIC in this photo is not former president Jacob Zuma, who was sworn in during his inauguration in Pretoria on May 9, 2009 by Chief Justice Pius Langa. (Photo by Gallo Images/Foto24)

In his party’s advertisements, Julius Malema postures as president. It’s not too far a gamble to suggest that his way of getting there is through the ANC.

By Sunday, EFF leader Julius Malema had rebuffed ANC Secretary-General Ace Magashule’s overtures. On Friday, Magashule told City Press that he had invited Malema back into the fold; by Sunday Malema declared the ANC dead and said he wasn’t interested in a join-up.

But last week, Malema batted his eyelashes first when he indicated that any post-election coalitions would be with the governing ANC and not with the opposition DA.

Malema has flipped his script as he considers how he will use his position as kingmaker across the provinces where the ANC is likely to do badly. Malema has used the election campaign to position the EFF as a party of government; he and his lieutenants have refused to countenance any other outcome except a win at the ballot boxes on 8 May.

No such thing was going to happen, but the party’s strategy in claiming its position as a “government in waiting” is working. The EFF is brash and insulting, but if you listen carefully to all its big election rally messages, the party has not spent its time attacking the ANC. It has spent mic-time making popular promises that it will double grant payments, expropriate land and give people jobs.

The EFF is the only one of the top three parties showing gains in all the opinion polls. In the latest Ipsos poll reported by City Press, the ANC is down to 57% from the 61% it notched up in the agency’s previous outcome a few weeks ago; the DA is down to 15% (from 18%) although the party’s own polls show that Ipsos undercounts the official opposition party.

The EFF is up to just under 10% – a significant jump from its inaugural result of 6% in the national election of 2014 and it also undercounts in Ipsos polling. The EFF is likely to make strong provincial gains in Limpopo, North West and Gauteng, making Malema a kingmaker, as he was after the 2016 local government elections when the ANC dropped to its lowest electoral outcome ever and the DA made strong gains but not strong enough to win a majority in the cities it targeted.

This time, the DA has run a poor campaign, making it likely that the EFF will emerge as the story of the election. Malema wants to be president of South Africa. The party’s television advertisement and its final poster feature him out of the red beret and into a presidential suite at a desk in front of a bookshelf. It’s a mock-up of President Julius Malema. 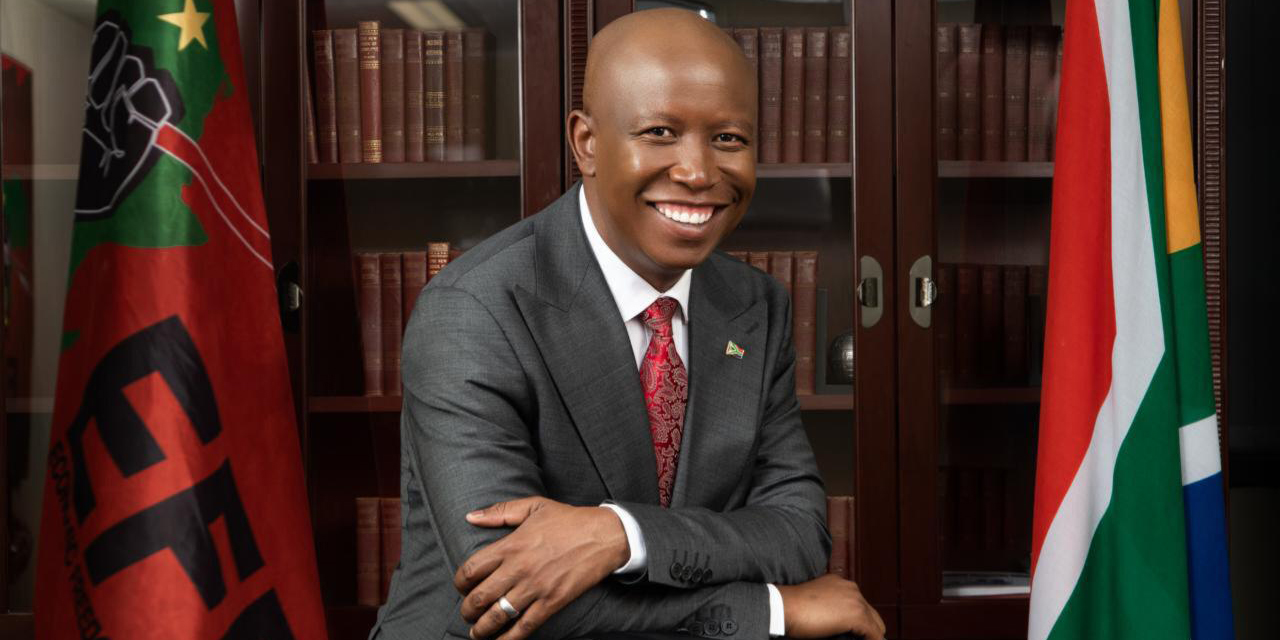 How is he going to get there? The EFF, itself, is likely to get stuck in the teens of electoral support, according to most pollsters and analysts. Its radical message does not have majority support but its populist posturing will get more and more popular if the economy does not begin to work for a broader range of South Africans.

The only way to achieve Malema’s ambitions is back in the ANC which has no young leader of his political nous or presence.

Magashule had a torrid weekend on the stumps: he was defensive and aggressive and attacked President Cyril Ramaphosa’s anti-corruption and reformist campaign by assembling a coalition of the wounded.

He alleged that state organs were being used to fight political battles – exactly former President Jacob Zuma’s defence when he faced opprobrium for his corruption. And he used a stage full of the party’s State Capture faction (including MKMVA representative Carl Niehaus and former Intelligence Minister David Mahlobo) to warn, in strident language, that nobody would touch him, the Environment Minister Nomvula Mokonyane and the Minister for Women Bathabile Dlamini.

The three are under pressure in the ANC to step down from their roles because each has been implicated in serious allegations of corruption. Magashule is clearly looking to split the ANC; he has little national presence and sees in Malema a potential ally. DM