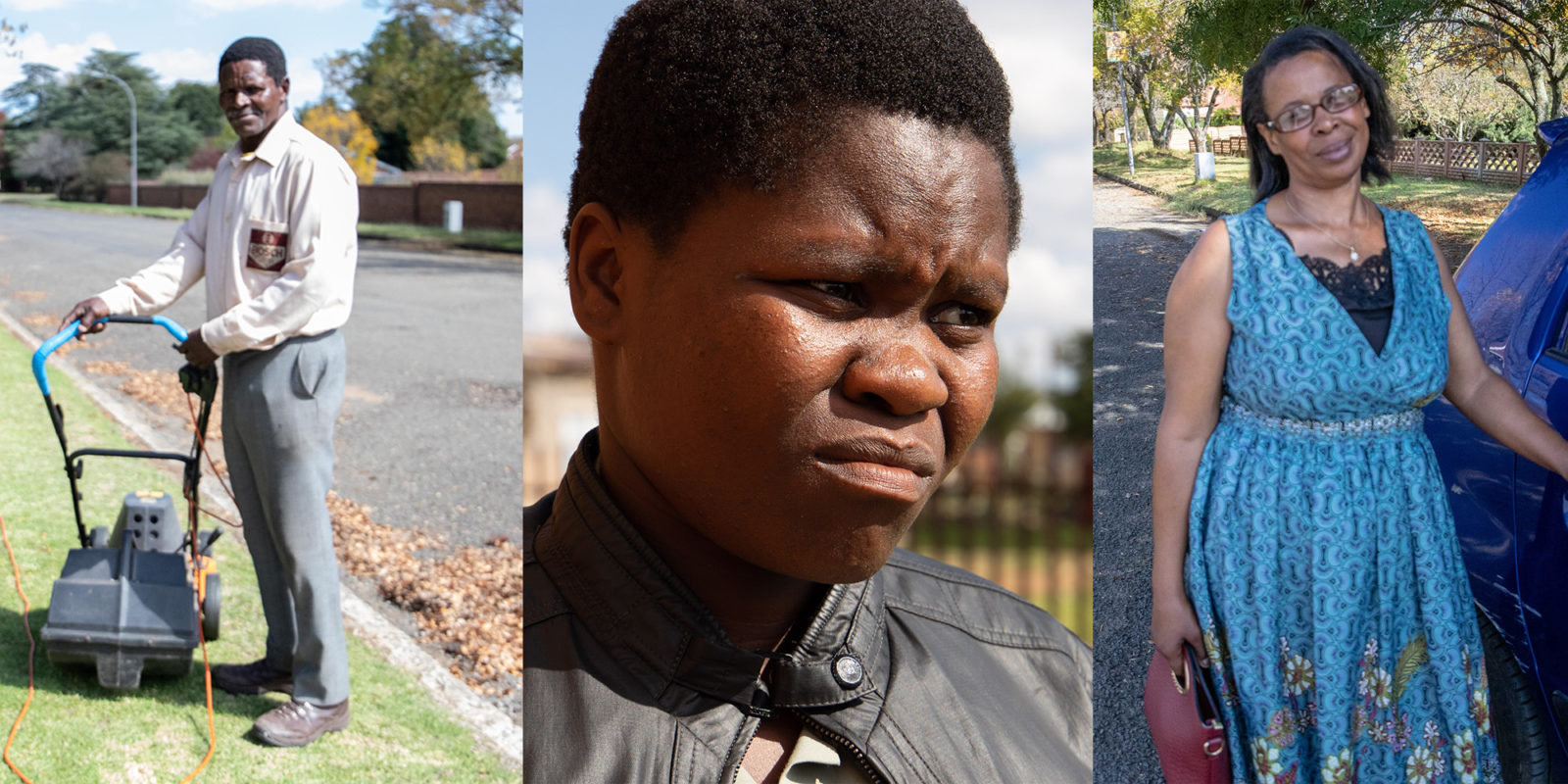 Ahead of election day on 8 May, Daily Maverick spoke to the people of Vrede, Free State to find out what their core issues are. Front and centre was a lack of service delivery. The effects are evident in this small town two hours’ drive from Johannesburg.

Deep potholes are the first things you notice as you drive into Vrede, Free State. The second would be how friendly the people are, but that friendliness fast changes to anger when they begin to talk about unfulfilled promises of service delivery.

On the day Daily Maverick visited, Public Protector Busiswe Mkhwebane was hosting a public hearing into the Estina Dairy scandal which allegedly saw about R240-million syphoned off to the Gupta-linked company Estina from the Free State provincial government. The hearing was a chance for intended beneficiaries of the project to share their experiences with Mkhwebane.

Phindile Ngwenya, 23, attended the hearings as a representative of her father, Philemon, who she believes was killed because he was outspoken about the alleged corruption which implicates senior ANC politicians.

Ngwenya appears as outspoken as her late father.

She spoke to Daily Maverick in front of the Mhlabunzima Memorial Hall in Thembelihle, a township about 11 minutes from the town centre.

“You know I have that grief, that anger; my father’s murder made me have that anger. I want nothing to do with politicians. All they want is money, they just chase money. And they give people empty promises and it’s fine with them. Empty promises. Killing people. You talk the truth, you die. That’s what they are for. They don’t deliver. They just tell us lies,” Ngwenya said.

She is not the only one to feel unhappy with the lack of service delivery in Vrede.

Theunis van Wyk walks around his home picking up leaves that the municipality is meant to take care of.

Van Wyk and his wife retired from Pretoria to Vrede 12 years ago. Then, he says, the town was “very nice”, but not any more.

“You can just look across the road to know that this is an ANC ward. It’s definitely getting worse. As you drive, you can see the massive potholes that still haven’t been fixed,” Van Wyk says.

Audine Oosthuizen, who has lived in Vrede for seven years, says the potholes are just one of many problems in the town. In January 2019, a water pipe burst right in front of the gate of her house. She immediately reported it to the municipality, but it was several days before anything was done.

“I would like to see people in positions who are competent to do the work they are paid to do and that they actually do it,” Oosthuizen said when talking about the upcoming May elections.

Unemployment is rife in Vrede.

Irene Nomgqibelo Nyembe has lived in Vrede for 21 years, raising both her children. Her youngest is still at school. Her eldest has just turned 26 and like Nyembe, he is unemployed.

“I don’t see any changes (in government). I mean, people should be getting jobs. This government always promised jobs but nothing has happened. I can’t work any more because of my health, but my child can. I just want the government to give our children jobs or bursaries so they can go to university,” Nyembe said.

Nyembe is not the only one seeking more opportunities when it comes to jobs.

Sipho Mokwena and Paulos Makhuba are both gardeners in Vrede and both want to see more done about jobs in Vrede — there are hardly any at the moment.

“I worked in construction, but I was unemployed before this. There is hardly any work so we must do what we can do. I have a family with two children. I just want them to create more and better jobs,” Mokwena said.

“More can be done in Vrede, but definitely more jobs are needed,” Makhuba said.

They will both be voting on 8 May for more to be done.

Corruption will play a huge part when voters in Vrede decide to vote.

“I am voting this election and my choice is affected by how much corruption is around. They will say ‘I’ll do this and that (if) I become president’, but then all you see is they buy their fancy cars, for what? Just so we can see them,” Ngwenya said. DM