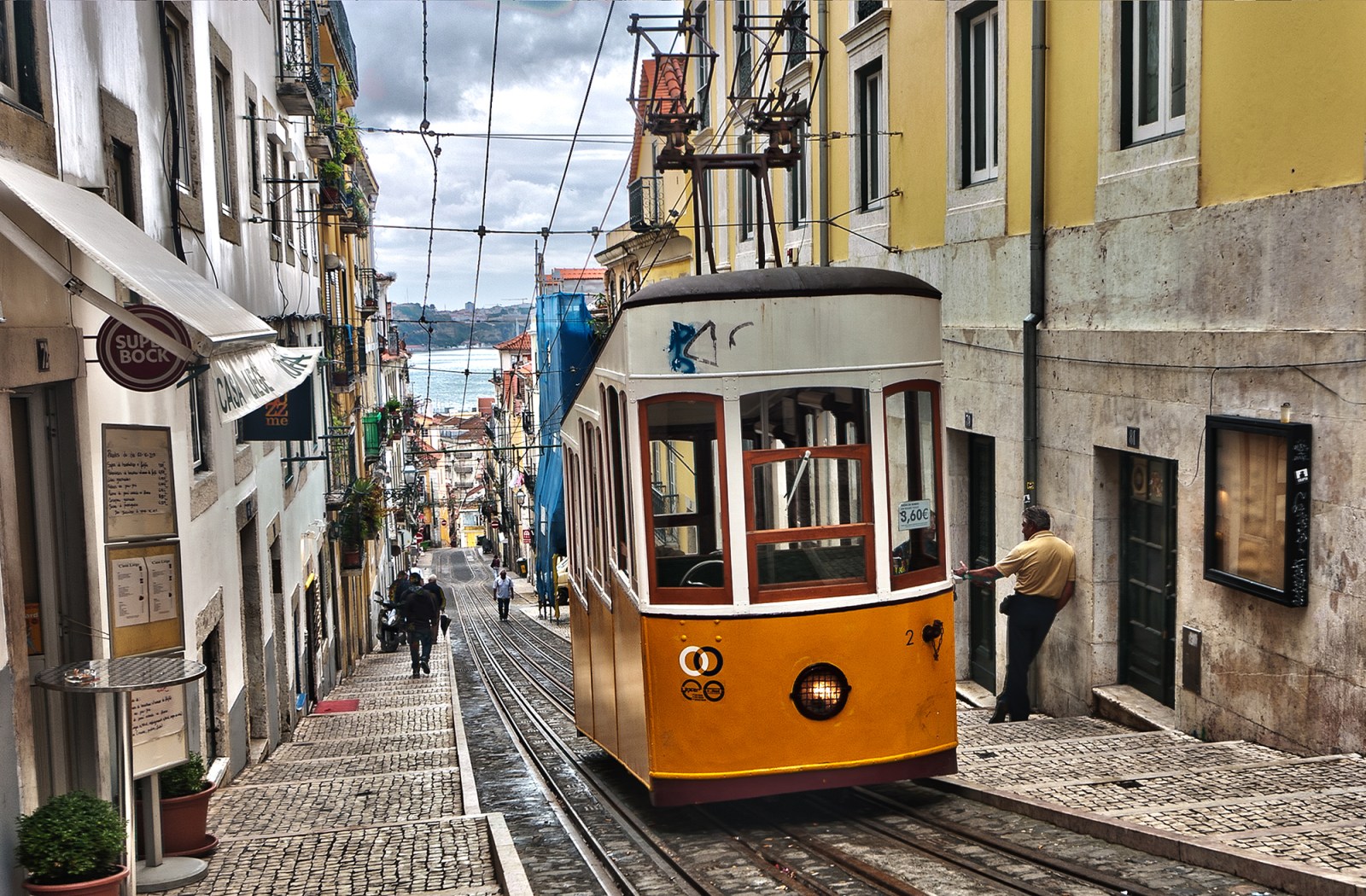 How can you not love the Portuguese Carnation Revolution? It happened on 25 April 1974, 20 minutes after midnight. A military coup, not a shot fired, instead music and flowers, specifically red carnations. The “gentle revolution” had massive repercussions as the new leftist-led government began radically to transform the country’s social system, the economy as well as its role in Africa.

My late mother, Barbara Maria Da Palma Fernandes Thamm, embodied so much of the old Portugal – its music, food, its national enchantment with the Virgin Mary, its poverty, fears, its recurring political upheavals and later brutal repression.

Before that soft revolution in the early hours of the morning of 25 April 1974 and which was celebrated on Thursday as Freedom Day, the Portuguese (as well as the inhabitants of its colonies in Africa, Asia, Western India, South America, Cape Verde and São Tomé & Principe) suffered under the 48-year authoritarian regime of the joyless economist, António de Oliveira Salazar, with his distinctive black suits and lace-up boots.

In 1968, sustaining a serious head injury after a fall, the 79-year-old Salazar was succeeded by Marcello Caetano but believing all the while that he [Salazar] still led the country.

Photojournalist Marion Kaplan in her enduring work The Portuguese – The Land And Its People (Penguin 1992), describes the cruel joke that “the man whose dictatorship brutally atrophied their spirit of enterprise, who deprived his country of its basic freedoms and the opportunity to seek the benefits of post-war expansion” should believe, in his last days, that he still held Portugal’s fate in his hands”.

But what would my mother make of the peculiar success story of Portuguese Prime Minister António Costa’s socialist government in 2019? In October this year, the country will again go to the polls and it is predicted that the Partido Socialista will win again. By what margin is unclear.

But never mind what my mother would make of contemporary Portugual, what are we to make of it in a world, and particularly in Europe, where left-wing politics have been eclipsed by growing right-wing populism, racism, religious intolerance and hatred?

Financial Times Portugal correspondent, Peter Wise, writing for the New Stateman, had this to say:

“António Costa, Portugal’s prime minister, is unique among Europe’s socialist leaders: he is popular, in power and pursuing a successful alternative to austerity. While populism, nationalism and the financial crisis have eviscerated southern Europe’s other centre-left parties, Costa’s Partido Socialista (PS) enjoys a 13-point opinion poll advantage and his minority government is feted by EU leaders.”

And how about this little cockle warmer from Matthias Punz writing for Kontrast:

“Considering the booming economy, dropping unemployment numbers and the return of many once-emigrated young Portuguese citizens, it seems Portugal is on the rise.”

In 2016 the Economist Intelligence Unit rated Portugal a “flawed democracy”. However, by 2018 Portugal, after exiting its EU/IMF bailout in 2014, had fully repaid its IMF loan.

Punz writes that it was not that long ago that “Portugal stood on the brink of catastrophe: harsh austerity policies and the erosion of labour rights pushed by the conservative government led to significant rises in poverty and unemployment. The economy dwindled due to the lack of peoples’ spending power. Today everything has changed.”

The Partido Socialista with Costa as leader won with only 32% of votes in the 2015 elections. Prior to this Costa, the former mayor of Lisbon, had succeeded in uniting the politically split left and then successfully guiding his coalition government towards recovery.

For now, “the Portuguese economy has been booming for four years. 2017 marked the largest national economic growth of the century”, noted Punz.

This, reckons the author, is proof that “the Portuguese are not only showing the feasibility of socially conscious policies, but demonstrating the significant potential for success”.

The socialists, he notes, “raised the once slashed wages and pensions, reintroduced paid vacations and retracted many tax raises, all while raising wealth taxes which affect only the rich parts of the population. The government also introduced a property and real estate tax designed not to target the homes of average citizens. Costa’s socialists also put an end to the catastrophic privatisations that were once instructed by the EU and resulted in selling state assets at absurdly low prices.”

The FT’s Peter Wise, in his piece on Portugal, quotes Eurozone analyst, Federico Santi, who at first predicted that the leftist pact would collapse but now reckons: “We underestimated the extent to which the parties on the left were invested in making the alliance work.”

Santi warned, however, that reproducing Portugal’s successful formula elsewhere would not be easy and, in fact, might be almost impossible.

“The absence of a far-right party, the fact that the PS were in opposition during the bailout and the willingness of the radical parties to work with the moderates is not the case in most other countries,” Santi told Wise.

Santi says that rather than “a template for other parties to follow, I see Portugal as the exception that proves the rule, what some people see as an irreversible crisis of the moderate left”.

Portugal has featured enduringly on the periphery of my life through the songs, food, language and Catholic accoutrements of my late mother.

It has featured even more so after my discovery in 2018 of my mother’s family home that has stood abandoned for 37 years in her town, Aljustrel.

The small, boxy, windowless house has been left untouched since the last of my mother’s siblings and his wife died in 1982. It remains in the family name.

A loose chain with a padlock has been threaded through the postbox and it has stood just like that, quietly in the street, waiting for someone to come home.

My mother left Portugal for England as an economic migrant in the early 1950s, thus joining the global Portuguese diaspora. Marion Kaplan, in her account of the history of Portugal, points out that the last country the Portuguese discovered was Europe.

In 1956 Barbara and her husband, Georg (my father, a German prisoner-of-war) married in England and in 1963 our small family emigrated to South Africa.

My mother held many secrets. She never spoke much of her past. It only held hardship. Left motherless at six months and fatherless (my grandfather died in the mine in the town) at 12, Barbara and her four brothers had to fend for themselves. That was Salazar’s Portugal.

Barbara never returned to her beloved homeland. She kept a flag, a rosary, a Bible, a few postcards with saints. They made it all the way to my desk drawer in 2019.

Did the fussy blooms betray her political persuasion?

She had always been too terrified to speak out. That was Salazar’s collateral damage. Politics, she warned me, was dangerous. One of her brothers had been arrested and tortured by Salazar’s feared PIDE (trained by the Gestapo) for being a Communist.

And now look at it:

Today Aljustrel has zero unemployment and is run by the socialist party.

I visited it for the first time in 2018. Aljustrel with its some 10,000 inhabitants does not have fast food restaurants. What restaurants and coffee shops spill out onto the tiled pavements are owned and run by locals.

The only supermarket in the area lies banished to the outskirts of the town so as not to compete with local small businesses.

In Aljustrel you buy your bread from someone up the road, as you do your fish, your meat, your vegetables. The economy is sustained by the inhabitants.

The houses are small, neat, uniform but colourful. The miners live in a decent suburb up on the hill. Cars are modest, motorcycles loud and rattling while the odd donkey cart trots around the vegetable gardens on the outskirts.

In the square of the garden of the mansion that once belonged to the Belgian owners of the mine in Aljustrel, before it was nationalised, is a small commemorative sculpture to past residents.

Recently, listening to Julius Malema on the Eusebius McKaiser show, I heard the EFF leader sketching an economic vision that I had in fact experienced for myself on my visit to Aljustrel and Portugal.

It can and does work there, you see, but not with the acid of hatred, the call to violence and the particular brand of muscular populist nationalism the EFF brings to the political arena.

In the meantime, Happy Freedom Day Portugal, I am grateful that you are a part of me. DM