Democracy in Africa — good or bad for economic development? 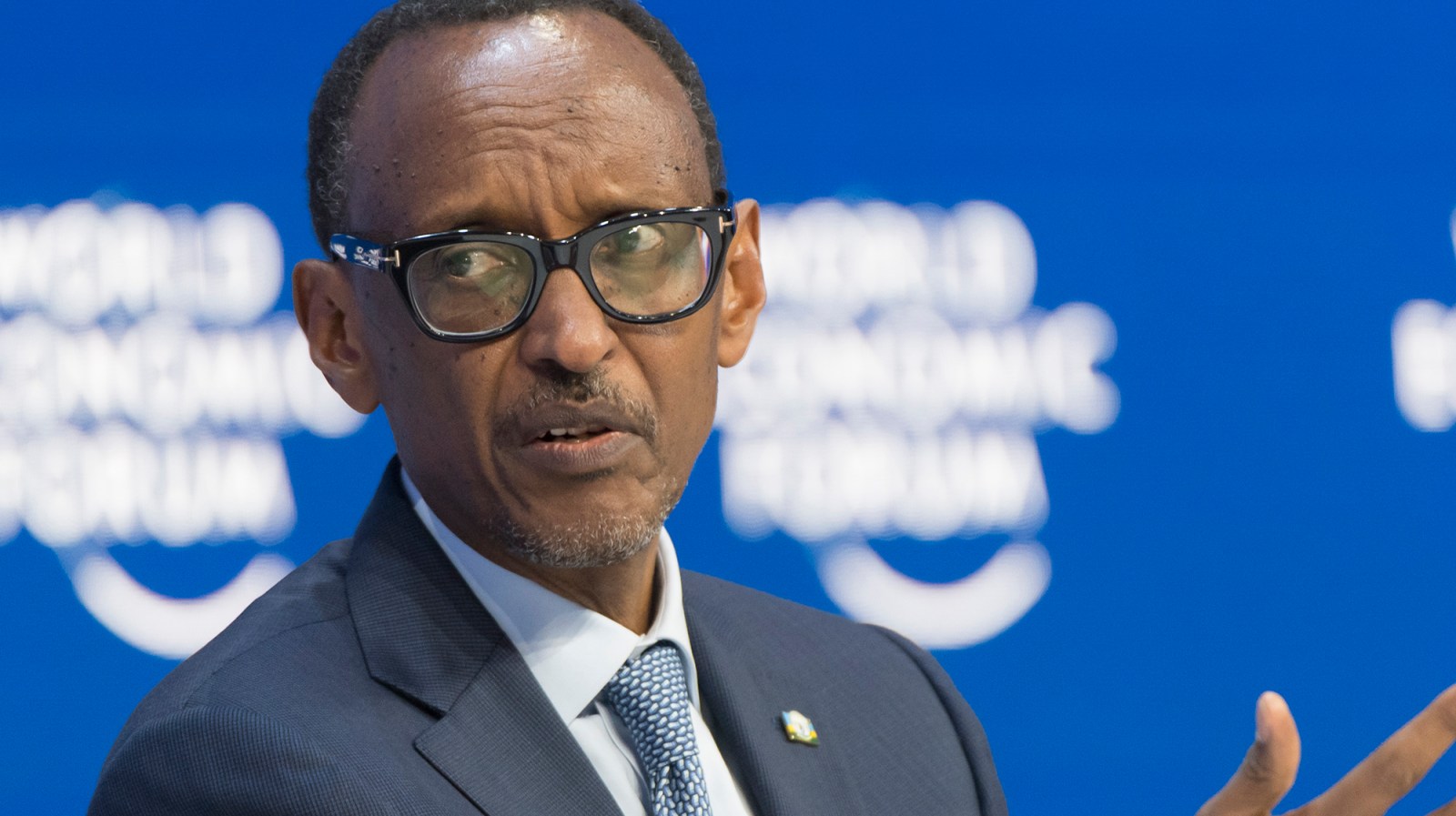 President of Rwanda Paul Kagame speaks at a panel session during the 49th Annual Meeting of the World Economic Forum, WEF, in Davos, Switzerland on 24 January 2019. (Photo: EPA-EFE/LAURENT GILLIERON)

Rwanda, under the autocratic leadership of President Paul Kagame, has experienced relatively spectacular levels of economic growth. His admirers hold the country up as a model of why democracy isn't necessarily good for Africa. But the country is the exception, not the rule, and the reverse is true – democracy and economic growth are, indeed, good bedfellows.

I recently facilitated a training session for young West African civic leaders in Accra, Ghana. The session focused on governance and democratic principles and practice. A friend of mine watched me facilitate. After the session, he gave me this feedback: “Leandre, brilliant facilitation, but my issue with your presentation is the fact that democracy does not work in Africa and it is not bringing the needed economic development for the continent. Only autocratic leaders can make things happen in Africa, have you seen the strides that Rwanda is achieving through (Paul) Kagame?”

The conversation with my friend inspired this article.

Discussions on the relationship between governance, democracy and development in Africa are not new. In the early days of the post-independence era, one-party and no-party (military regimes) systems were prominent across the continent. These were bolstered by the many intellectual arguments against democracy and its lack of suitability for Africa. Some proponents of that argument made the case that solving Africa’s economic problems require autocratic leaders.

However, poor economic management by the one-party and military regimes in most sub-Saharan African (SSA) countries due to the lack of accountable institutions from 1970 to the late 1980s led to the collapse of several African economies. This situation called for the implementation of Structural Adjustment Programmes to mitigate economic woes.

These experiences exposed the critical challenges plaguing Africa’s development and triggered a growing call for democratic practices across sub-Saharan Africa in the early 1990s as a mechanism to facilitate the institutionalisation of accountable measures to resolve economic predicaments.

Between 1990 and 2015, it became apparent across Africa that democracy was the preferred approach. According to a poll conducted by Afrobarometer in 2013, about two-thirds of Africans (70%) surveyed in 34 African countries preferred democracy. Afrobarometer aligned democracy to respondents’ preference to live in open and freer societies.

Since 1990, the number of electoral democracies in West Africa has been on the rise. Within the last two decades, it has become the norm in almost every African country to hold elections, including in countries with autocratic leaders such as Cameroon and Rwanda. The number of African electoral democracies has increased from two in 1980 to more than 40 within the last quarter century. The increase in democratic practice has not necessarily translated into prosperity for the majority of Africans, hence a reverse correlation between democracy and development.

However, the impressive economic progression and achievements of Rwanda in the last decade have reignited the arguments that solving Africa’s economic woes requires autocrats as leaders.

Despite Kagame’s autocratic leadership, Rwanda is considered an economic model for Africa with a progressive annual GDP growth rate of 7.5% since 2001. The country’s real GDP grew by more than 120% over two decades and has been recognised as one of the world’s fastest-growing economies by the IMF.

Before the wave of democracy across Africa in the early 1990s, only Botswana and Mauritius had democratic systems and were thus considered to be democratic countries. These two countries continue to be referred to as models of democracy in Africa and are the two most outstanding examples of economic success in Sub-Saharan Africa. They have been celebrated as success stories, based on their sustained economic growth performance, with major improvements in the living standards of their population at large over the past 20 years. Mauritius and Botswana have poverty rates of 10% and 16% respectively compared to an average rate of 41% in Sub-Saharan Africa.

Studies have clearly shown that the fundamental challenge to improving African economies is the ability of African countries to develop structures and incentives that promote private-sector growth and market economies. For example, the African Development Bank recognises private sector development as an engine of sustainable and inclusive economic growth in Africa, placing this component at the top of its priorities for the continent.

Per capita economic growth in Africa has been positive since the adoption of democracy across African countries in the 1990s, backed with governance reforms. The 1990s recorded for the first time the contribution of external investment to growth.

The major impediment for Africa’s economic development can, therefore, be attributed to the accumulation of bad economic policies which do not holistically recognise the private sector as a critical and indispensable partner for growth and development.

Also, the absence of strong governance institutions and restrictions to freedom of expression and association to ensure effective checks and balances is prevalent, hampering economic growth.

However, the essential conditions of a functioning market economy are made possible through the tenets of democracy, including the Rule of Law, transparency, access to reliable information, and an independent judiciary.

A recent study done in Southern Africa and published in the African Development Review asserts that strong democratic institutions are a significant driver of economic growth. High growth is linked to high investment and a virtuous cycle of faster growth, higher saving and increasing investment which lead to sustainable economic development.

Thus, as highlighted earlier and proven by several studies, democracy is not an impediment to economic development in Africa. Democracy is a proven healing medium for Africa’s current political economies, characterised by rent-seeking, corruption, crony capitalism, and widening social inequality. Democracy gives power to citizens to hold office bearers accountable and to deliver on their promises.

Nevertheless, the “ideal” fruits of democracy, including socio-economic transformation, will only manifest in Africa when political leadership tackles the structural and systematic barriers that have held the continent captive for several generations. Political leadership in Africa is now more than ever being challenged to promote and practise a brand of democracy that responds to the interests and aspirations of the masses, instead of just a select few. DM

Leandre Banon is Capacity Development Programme Officer at the West Africa Civil Society Institute, Wacsi, in Accra, Ghana. His background lies in the areas of economics and development planning.