‘Adjust or Die’ – The Islamic State has adjusted 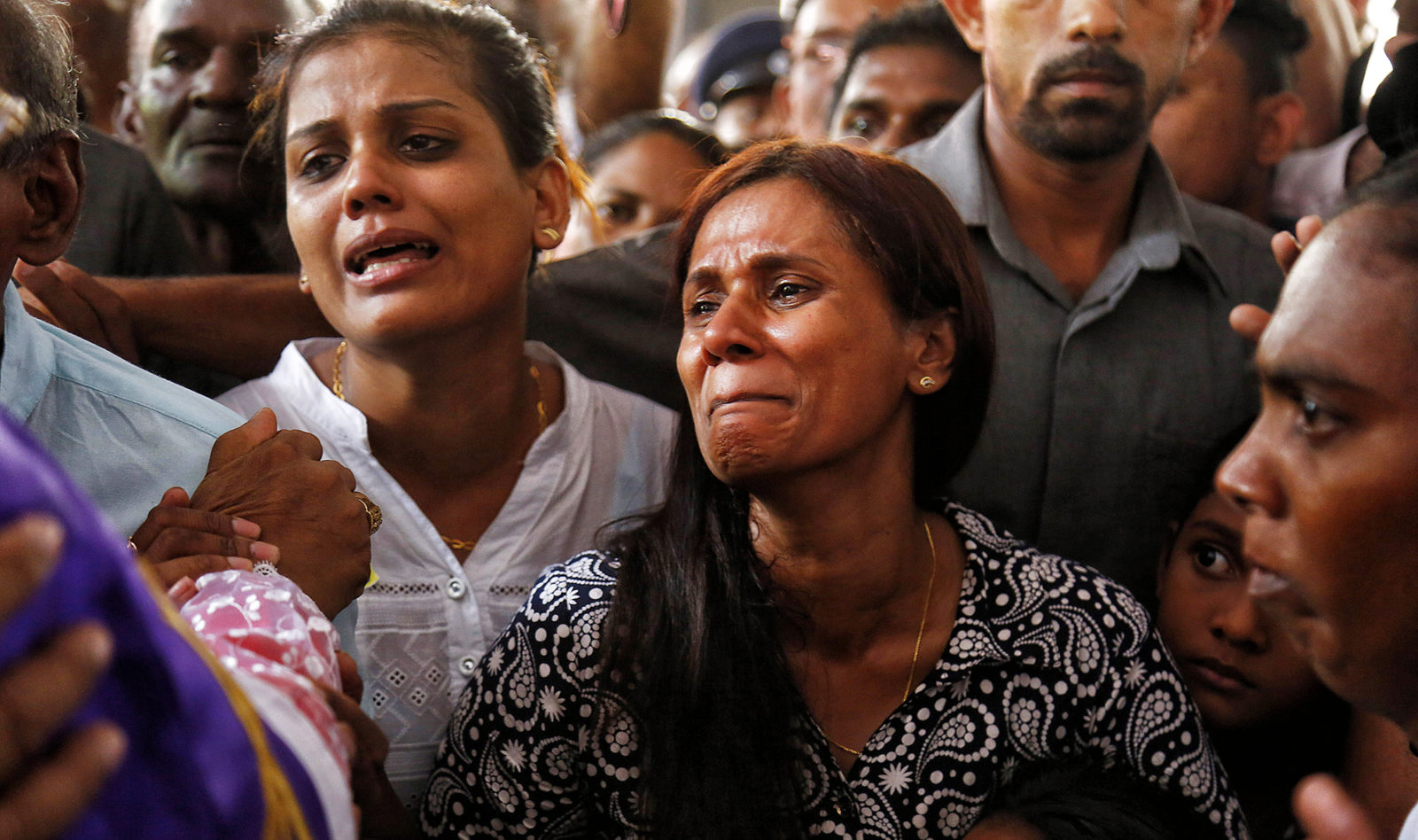 Relatives and friends mourn during the mass funeral for the victims of a series of bomb blasts at the Katuwapitiya Church in Colombo, Sri Lanka, 23 April 2019. According to police reports, at least 290 people were killed and more than 500 injured in a coordinated series of blasts during the Easter Sunday service at churches and hotels in Sri Lanka on 21 April 2019. EPA-EFE/M.A. PUSHPA KUMARA

The Sri Lanka Easter Sunday attack is incredible for a number of reasons. There hasn’t been an attack of this scale, in this many locations, simultaneously. The complexity and sophistication of the attack are noteworthy. The timing is not coincidental. And setting the date to Easter was intending to send a message.

In the early hours of 21 April 2019, eight bombings were reported in Sri Lanka. Three churches in Kochchikade, Negombo and Batticaloa and five hotels in Shangri La, Cinnamon Grand, Dehiwala, and Kingsbury (all in Colombo) were bombed, and there was a bombing at a local residence following a raid in the district of Demantagoda. Following the six bomb blasts, two more bombings were reported. The seventh bombing targeted a hotel in the southern Colombo suburb of Dehiwala and the eighth attack in the district of Demantagoda. The death toll by now: more than 300.

At that point, comparing multiple tactical characteristics being reported, TRAC assesses a high probability that the Easter Sunday attacks were conducted by the Islamic State. Much like the attacks on churches in Indonesia on Mothers’ day in 2018 or the Holey Bakery in Dhaka in July 2016, Islamic State is known for being able to turn existing networks in remote locations from the Caliphate not only to their advantage but incite them into action.

Islamic State activity in Sri Lanka has been minimal, but it is very active on the Indian subcontinent. In 2017, Sri Lanka had reported that “scores” of foreign fighters had returned to the nation from Syria, and in late January 2019, a purported IS training camp in Wanathawilluwa, Sri Lanka, was discovered with large quantities of IEDs.

If the attack is correctly claimed, Islamic State leader Abu Bakr al Baghdadi’s role in directing revenge attacks in response to the fall of Baghouz has been completely underestimated. The use of six suicide bombers, and the fact that seven to eight suspects have been arrested so far, is indicative of a well planned and sophisticated attack that more than likely could only have been planned by an international terror organisation. Local extremist groups have not shown similar sophistication in attacks but the possibility of collaboration with an international terror organisation cannot be ignored.

A ninth pipe bomb was discovered and defused at the International Airport in Colombo late Sunday evening. A tenth bomb exploded St. Anthony’s Catholic Church in Colombo while police forces were attempting to defuse the bomb. Additionally, there were 87 bomb detonators at the main bus station in the Pettah area of Colombo. Twelve bomb detonators were found on the ground; after further search another 75 were found hidden.

The attack is incredible for a number of reasons. First, there hasn’t been an attack of this scale, in this many locations, simultaneously. Even Paris 11.13, though much larger in scale, did not have eight separate locations targeted at once. The complexity and sophistication of the attack is noteworthy and suggests the cells who executed the attack were not only well developed but also able to operate without detection for an indefinite period of time, given the attacks’ co-ordination and obvious planning. The timing is not coincidental. Setting the date to Easter was intending to send a message and the choice to target hotels will affect Sri Lanka economically.

On 22 April 2019 the Islamic State claimed credit for the attack, stating:

“The perpetrators of the attack that targeted the citizens of the coalition governments and the Christians in Sri Lanka the day before yesterday were IS fighters.”

The reason for the delayed claim of credit rings one concerning alert: that operations in Sri Lanka are not yet complete, and IS needed time for additional preparations before announcing its role. An open-ended question remains: why target Christians whereas Sri Lanka is more known for tensions and violence between Buddhist militant groups and Muslim communities? Most likely this can be traced back to amplify international attention and media exposure with a message of the Islamic State that it has not been defeated.

What does tell us about the Islamic State following the loss of the Caliphate?

Revenge campaign shows there is an expansion

The Islamic State “Revenge Campaign” against the loss of the Caliphate shows an organisation that has successfully redirected its reason for existence among its followers. Such commitment is not only reliant on reactive or retaliatory attacks. Though some media reports refer to the attack as retaliation against the New Zealand Christchurch attack, in official Islamic State Telegram postings none made the reference of Christchurch. The ISIS revenge campaign is more than a reaction, but a planned and offensive strategy that cannot be underestimated.

Furthermore, the Islamic State fanboys have been calling for attacks on churches for a sustained period of time, even before Christchurch.

Where the Caliphate presented a reason and purpose for supporters, the revenge campaign has not only inspired a renewed commitment to the Islamic State ideology but also as motivation for attacks irrespective of the location, as seen in the recent attack in the Democratic Republic of the Congo (DRC).

Attacks by the ISWAP has made it one of the most active Islamic State affiliates not only confined to northeast Nigeria, but including Niger and Cameroon. Libya has witnessed two recent attacks: Night-time armed assaults, executions and arson attacks at Fuqaha in Jufrah, Fazzan, Libya on 09 April 2019, and armed gunmen attacked Tamanhint air base, controlled by Haftar’s militia after they had moved most of the unit towards Tripoli.

On the same day as the Sri Lankan attacks, IS claimed its first attack in Saudi Arabia in nearly four years. Islamic State propaganda against the Kingdom of Saudi Arabia – who they see as allies of the coalition and enemies for their close relationship with the United States – is always persistent. The Mabahith (Mabaheth) secret police is the presidential counterintelligence agency. It should be noted that though there have been multiple suicide bombings in the Kingdom of Saudi Arabia, there has not been a claimed Islamic State Saudi Arabia attack since October 2015.

These are but just a few examples.

Loss of physical Caliphate does not crumble the ideology

Overall, the threat of the Islamic State has not imploded as the Caliphate came to the end of its existence, but has shown an Islamic State able to adjust with the ability to execute attacks where least expected, such as Sri Lanka.

The claim to credit carries one centrifugal message: ISIS remains a disconcerting threat, be it in Syria, Syria, Wilayah and even areas least expected. The age of extremism has not ended with the fall of the physical Caliphate. DM