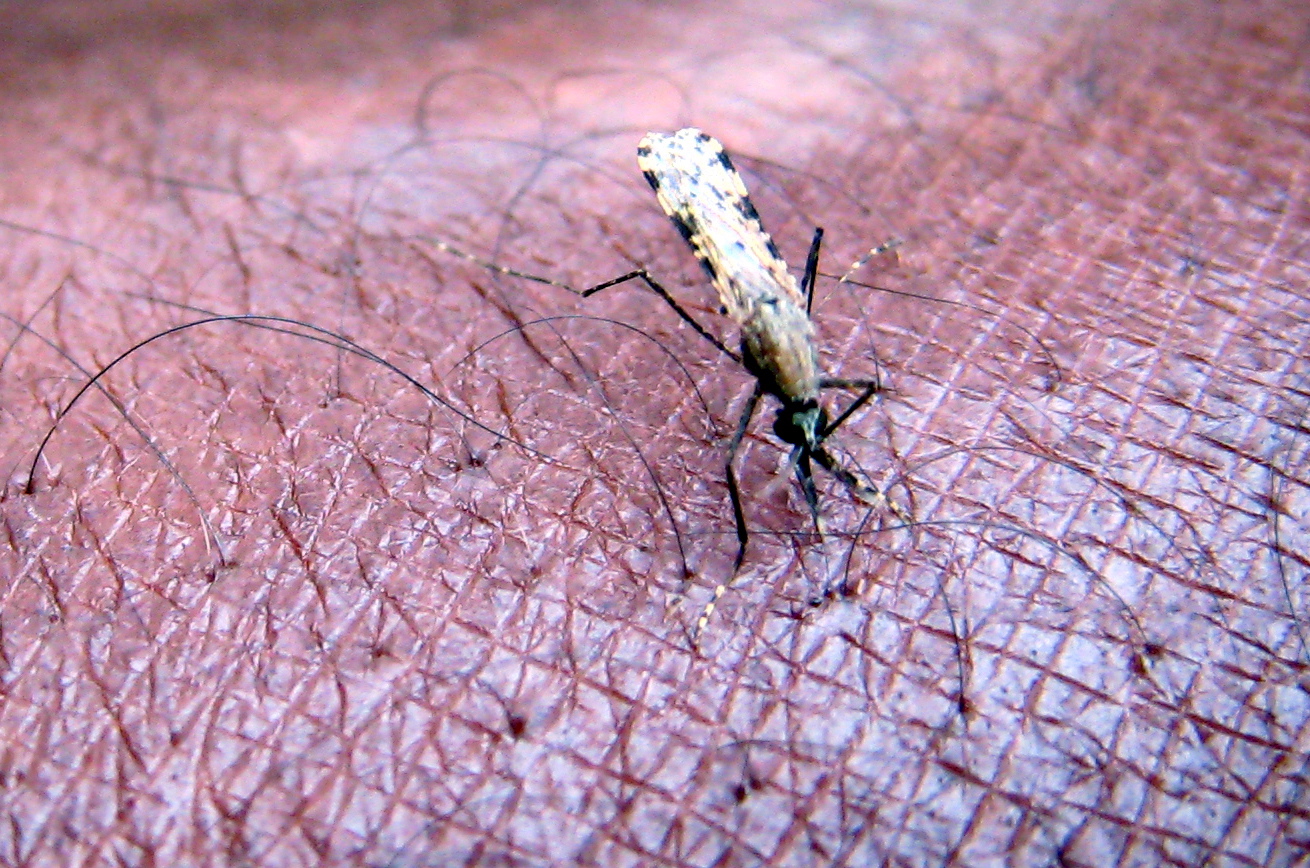 A Anopheles gambiae mosquito, a vector for the malaria parasite, draws blood while biting a researcher at the International Centre for Insect Physiology and Ecology (ICIPE) insect research facility in Nairobi, Kenya on 23 April 2008. World Malaria Day, on 25 April, hopes to raise awareness for the over 3,000 children that die each day in Sub-Saharan Africa from the disease which is caused by mosquito bites. Millions of poor Africans cannot afford $5.00USD to provide treated nets for their children to sleep under which greatly reduces the chance of them being infected by the epidemic activists call a "Genocide of Apathy". EPA/STEPHEN MORRISON

If you have travelled to a warmer area over Easter, you might have contracted malaria. And as the world gets warmer, more and more people will be at risk of malaria.

People’s Easter pilgrimages to warmer places might mean that they will return home with malaria, health authorities have warned.

Although homesteads in high-risk areas in Limpopo and Mpumalanga have been sprayed with pesticides recently, Erick Mabunda, deputy director of Limpopo’s Malaria Institute, warned that malaria cases often peaked after the Easter break.

“For the past two seasons, we had peaks after Easter holidays. In 2017, we had outbreaks two weeks after these holidays when people came back from their respective countries, so even this year (2019) we have to be careful,” said Mabunda.

Masilo Motloutsi, from Khujwana Village outside Tzaneen, and two friends caught the disease when they were working as contract labourers at Musina on the Zimbabwe border in August 2018. One friend succumbed to the disease.

“People should always go and test whenever they feel sick because you will never know what hit you until it’s late, as some symptoms are normal to us, like headache and feeling weak,” said 23-year-old Motloutsi.

“I consider myself very fortunate and lucky as I was not aware what is happening to me. I didn’t know any symptoms of malaria. I first had a headache and my body got weak and I notified my mother and she took me to the clinic,” he said.

Mercy Nemavhola from Tshipako village near Thohoyandou contracted malaria three years ago and almost died. She now lives in fear of getting it again.

“I fought off death. By the time they found out that I had malaria, I was very sick and I couldn’t even eat on my own. It was already at an advanced stage. I thought I was going to die,” said Nemavhola.

The entire Vhembe district is a malaria risk district, according to the National Institute for Communicable Diseases. With climate change and increasing temperatures, people in more and more areas are at risk of contracting malaria.

Mathematical modelling by the World Health Organisation shows that small increases in temperature are likely to have a significant effect on malaria transmission potential.

“Globally, temperature increases of 2ºC to 3ºC would increase the number of people who, in climatic terms, are at risk of malaria by about 3% to 5%, or several hundred million people,” according to the WHO, which warns that the seasonal duration of malaria will increase in many currently endemic areas.

Getting malaria treatment in time is a challenge for many people as it usually takes a while for them to recognise the early symptoms, which can be mistaken for flu.

When Rendani Sirwali from Khubvi village outside Thohoyandou was rushed to Tshilidzini Hospital a few months ago, she was told that her malaria was already at an advanced staged and, had she arrived a few hours later, she might have died.

“I had several symptoms of malaria, but I chose to ignore them and thought that it was just the flu,” said 44-year-old Sirwali. “I never thought that it could be malaria as I had never seen anyone with malaria before. I have now taken it upon me to educate other people about the importance of visiting their nearest health facilities early when they feel that they are having any symptoms of malaria.”

The recent tropical cyclone Idai in Mozambique has also increased the risk of malaria. Mandla Zwane, the Mpumalanga Health Department’s Director of Communicable Diseases, said that the province had dealt with 4,806 cases up to the end of March with 28 fatalities.

“Due to the high movement of people towards or during Easter holidays, there is a high risk of cross-border transmission of various infectious diseases like malaria,” said Zwane. “They might come with mosquitoes from any countries that are endemic to malaria. In Mpumalanga we are surrounded by Mozambique and Swaziland and on other side there is Limpopo province that is next to Zimbabwe.” Any transmission could possibly affect the province, said Zwane.

“World Malaria Day offers people all over the world the opportunity to step up the fight against malaria at a time when global malaria cases are on the rise and funding has flatlined,” says Dr Winnie Mpanju-Shumbusho, board chair, RBM Partnership to End Malaria.

“The African continent accounts for over 90% of this burden and seven West and Central African countries are among the most affected. We must give ourselves the means of fighting this preventable and treatable disease, that kills one child every two minutes. On 25 April, France will reassert its full commitment to the fight against malaria, through multilateral financing as well as through our government agencies, civil society and our research institutes.”

“Watch out for flu-like symptoms such as fever, headache, shivering or sweating, body pains, loss of appetite, nausea and vomiting.

“If you have visited areas known to have malaria and have one symptom, you should visit your health facility or doctor urgently.” DM