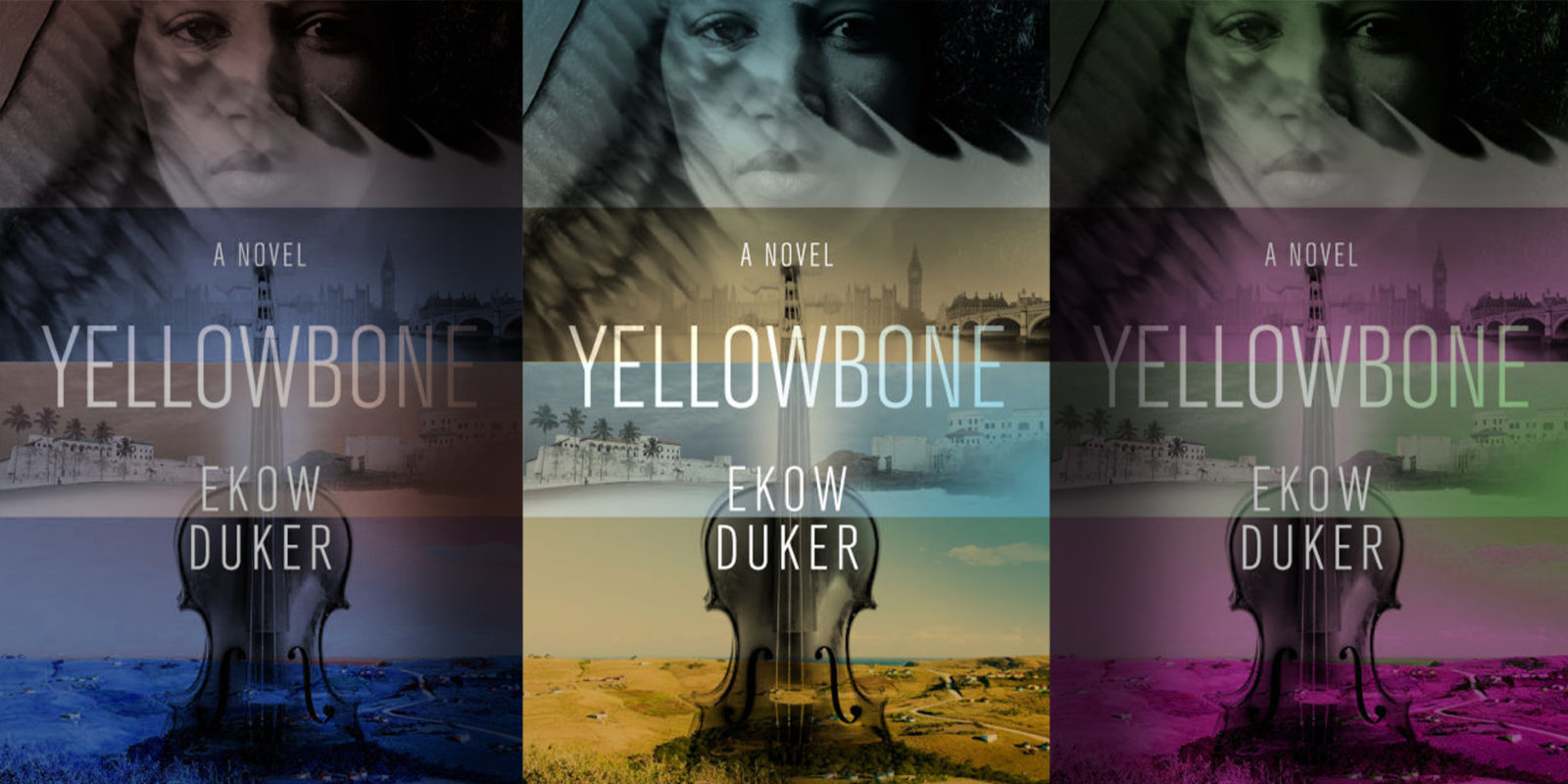 South African-based Author Ekow Duker discusses his latest novel ‘Yellowbone’, about a young woman, Karabo, navigating life as someone who is rarely seen as more than just a ‘yellowbone’ and the complicated relationship she has with her father.

Ekow Duker is a data scientist from Ghana who has four novels under his belt. His latest offering, Yellowbone, looks at the father-daughter relationship between Karabo Bentil and her father, Teacher Bentil, and what happens when the “veneer that she’s had around her father for her whole life is stripped away”, says Duker.

The book took “about a year” to write and the research he did was mainly on two things: Violins and light-skinned women in South Africa.

For the violins, Duker met with a violinist and a violin-maker who taught him about the “stories and the fascinating history of violins.”

In the book, Andre Potgieter is a talented violinist whose path becomes deeply tied to Karabo’s.

The decision to focus on a light-skinned woman came after he saw a video of former Police Minister Fikile Mbalula speak about Karabo Mokoena, who was murdered by her partner, Sandile Mantsoe in 2017.

“I stumbled on a YouTube video by the then Minister of Police, Fikile Mbalula. He was talking at a rally and it was the weekend that her body had been found, and he (Mbalula) said words to the effect ‘how can they kill such a beautiful woman? And how can they kill a yellowbone’? So that got me thinking, why is her (Karabo Mokoena’s) complexion so important that a minister should speak about it? So that’s what got me writing,” Duker told Daily Maverick during an interview in Cape Town.

The book starts in Mthatha, where Karabo, an only child, lives with her family. Her father is a teacher, hence his nickname, from Ghana and her mother, Precious, is South African.

The book moves from Mthatha to London and then Ghana, which is similar to Duker’s journey.

“I’ve been in South Africa since 2000,” Duker told Daily Maverick.

He included London in the book because he lived there and wanted to “write in a roundabout way” about his life in London.

Duker worked as an oil field engineer which took him to the Niger Delta and “the harsh expanses of the Sahara”. He currently works as a data scientist in Johannesburg, which he says “draws heavily on storytelling”.

In a socio-political context where plenty is written on how dark-skinned women are mistreated because of their skin colour, Toni Morrison uses two books, The Bluest Eye and God Help the Child, to unpack what life is like for dark-skinned women and girls who are often not the benchmark for conventional beauty in Western society.

Instead, with this book, Duker chose to focus “on the other side” of light-skinned women’s lives.

Duker says he finds it interesting that light-skinned women are “revered” not just in black communities, “but in Indian communities” as well.

With this book, Duker tries to explore how Karabo tries to navigate her identity in a misogynist world that says she is a gold digger and promiscuous because she’s a light-skinned woman.

“These yellow girls, that is how they are. All they do is chop men’s money.” says a Ghanaian woman asked by the violin player, Andre Potgieter, if she had seen Karabo.

Try as she might, Karabo can’t run away from the light-skinned stereotypes.

“He’s a teacher.” KK looked strangely pleased to hear that. “Teacher Bentil,” he said to himself. “Teacher Bentil.” Then he roused himself and went back to spouting abuse. “You yellow girls,” he said. “You think you can just open your legs and money will come, eh?” So now she was a human cash register with the till engineered into her vagina.

But at the centre of the story is what happens between Karabo and her father.

Karabo moves from seeing her father as a god to finally humanising him, seeing him for the small, imperfect man he is.

She looked up at Teacher. He’d gone a shade darker since he’d been away and he was much thinner too. His shirt hung loosely over his shoulders and the collar was crumpled and grey. He had dark hollows instead of plump cheeks and his normally clean jaw was sprinkled with stubble. This was a tired, slightly shabbier version of Teacher, a downgrade as it were, from business to economy.

Duker thought that the father-daughter relationship would be far more interesting to write about rather than focusing on the complexities of a romantic relationship.

“The father-daughter relationship is complex and unexpectant,” said Duker.

Duker deftly writes about a child moving from deifying her father to seeing him like any other human she loves, and who also disappoints.

In 2014 two of Duker’s books were published, White Wahala and Dying in New York. White Wahala is about “a brutal money-lender” whose business earns him “reluctant” but secure clients. White Wahala was a finalist in the 2011/12 European Union Prize for Literature. In 2015, Dying in New York was longlisted for the Barry Ronge Fiction Prize. Dying in New York is a story about how a young woman “whose wit and resilience shine through despite the abuse she has endured” from her father.

For his 2016 book, The God Who Made Mistakes, Duker wrote a letter for “book reviewers, booksellers, journalists and readers”. In it, he writes that he has learnt that he writes best when he writes for himself “with little regard for what the readers might say”.

The God Who Made Mistakes is about a couple dealing with a deteriorating relationship while the man also grapples with his sexuality. DM