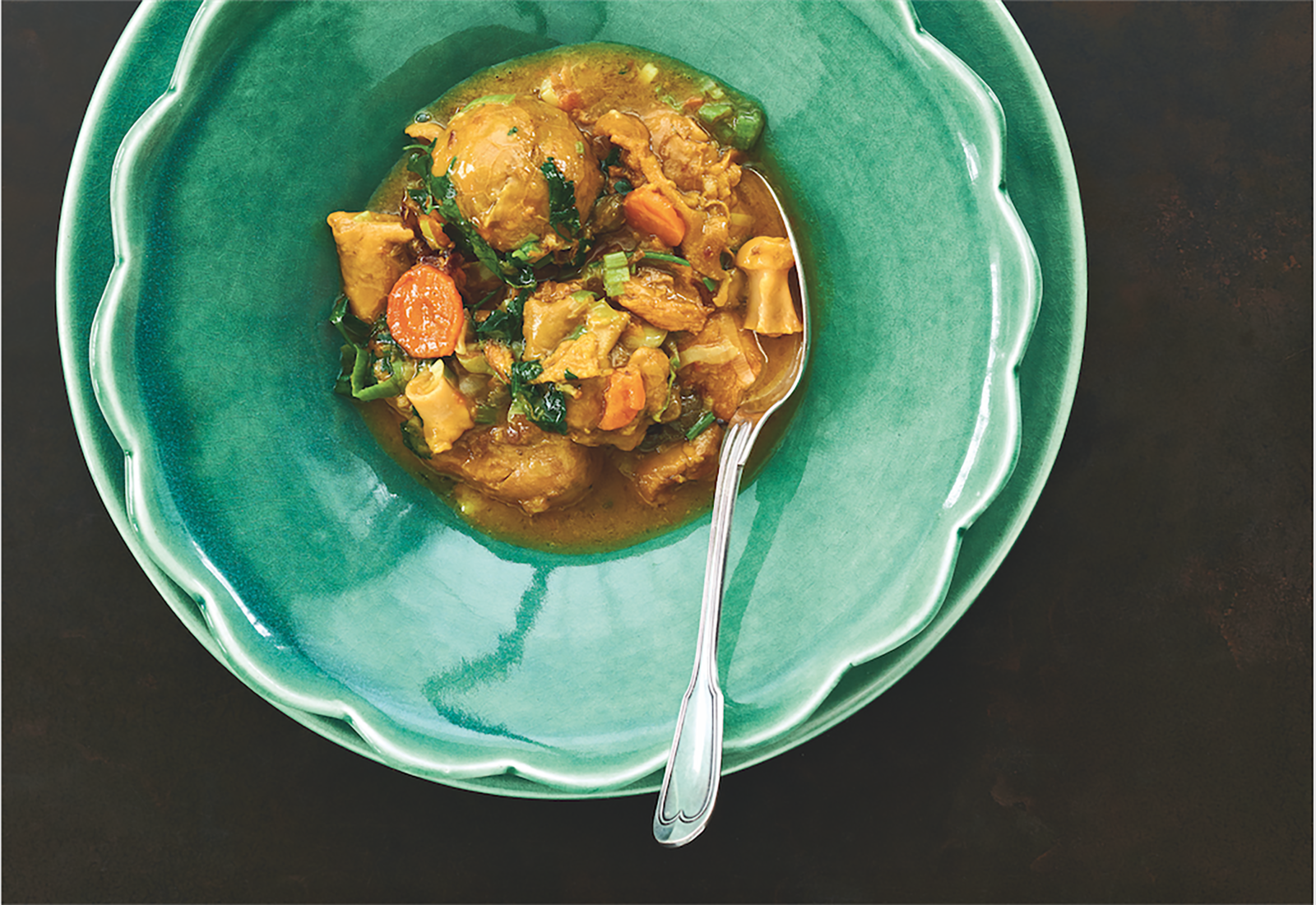 Marlene van der Westhuizen commutes between her homes in Green Point and Charroux, a small, cozy town in central France which is one of 52 protected heritage villages known as Les Plus Beaux Villages. Her favourite dish is not everyone’s. It’s tripe.

“Every family in France eats tripe at least once a week,” says accomplished chef and author Marlene van der Westhuizen.

Her latest cookbook Plate is a collection of new and traditional family recipes, inspired by both South African and French heritage.

“Tripe has always been my favourite food, in any shape or size,” says van der Westhuizen. “I could carry on forever about the absolute unctuousness and the flavour and sauciness of tripe.”

The self-confessed carnivore adores the flavour and comfort of offal meats: from tripe, to trotters, to tongue; all of which have recipes featured in the new book.

“I love pig’s trotters — it adds so much flavour to any dish, I’ve even added it to a coq au vin.”

In France, tête de veau is a family favourite: a calf’s head deboned, rolled and tied with string. The roll is then poached and sliced, and can be served hot or cold. This French delicacy is often served with gribiche – a creamy sauce featured in Plate which is similar to mayonnaise, but oil is whisked into cooked eggs instead of raw.

Plate is a book of main courses. No appetisers, and no desserts. The recipes are warm and comforting, designed to be shared around the kitchen table. Many of the dishes are trusted old recipes reworked to fit modern lifestyles. Although most recipes are quick to prepare, some require time to develop layers of flavour and fall-off-the-bone tenderness.

These slow-cook recipes – like Provence-inspired beef stew which simmers for at least four hours – are only for when you have the luxury of time and want to experience French countryside living “where time seems to stop”.

Van der Westhuizen commutes between her homes in Green Point and Charroux, a small, cozy town in central France which is one of 52 protected heritage villages known as Les Plus Beaux Villages.

Charroux and the surrounding villages each host a market on specific days where residents and visitors can sample the freshest produce France has to offer.

“In the morning, you can get fresh fish that came from Paris that night. There are terrines, eggs, breads, tarts, you name it. There are huge pans, like paella pans, with just seafood. Sometimes they’ll have a whole pig on a spit, roasted to perfection.”

Influenced by her dining experiences in France, Plate features a bounty of sauces and reductions which add to the richness and comfort of its dishes. For example, chicken with a sherry and cream sauce, pork belly with a syrupy apple cider reduction, or steak tartare with a rich anchovy créme.

“It’s a known fact: you learn how to cook Italian, but you master French,” says van der Westhuizen.

“I love sauces; I think it’s my speciality. I love the alchemy of a beautiful reduction, getting to the essence of flavours, and that is French cooking.”

She warns that French cuisine comes with a serious caveat.

“In France, you are only considered a proper gourmand if you eat tripe. It means you’re not afraid to try new things, it means that you’ve got balls when it comes to food, you experience everything.”

This recipe hails from the south-west of France and is a slightly different way to handle the tripe-cooking operation. The beauty is that it creates a fragrant saffron-based sauce into which the cooked tripe is folded.

salt and white pepper to taste