McBride details how Crime Intelligence used IPID in bid to stitch up former Hawks boss Dramat, and his team 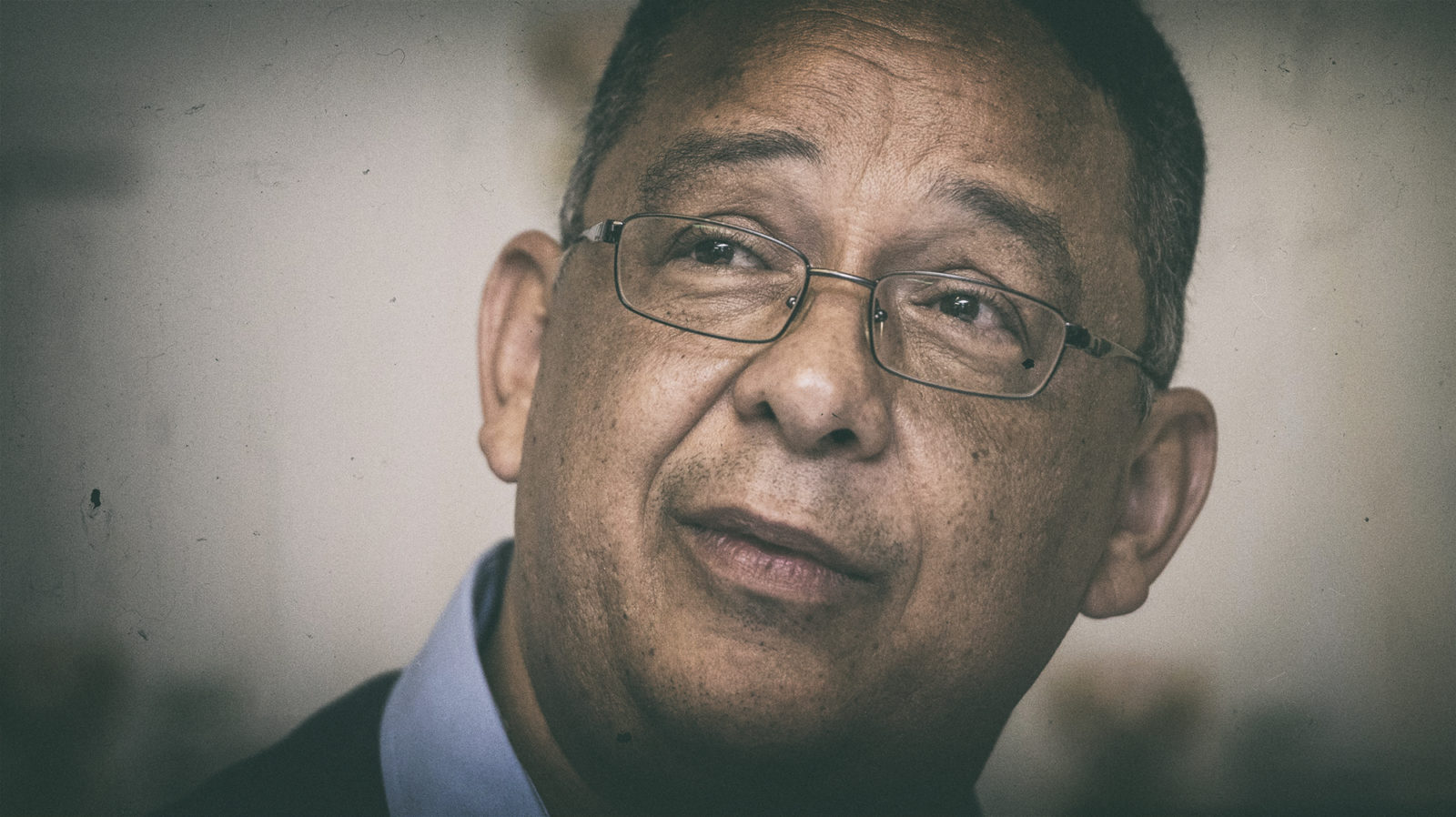 Former Independent Police Investigating Directorate head Robert McBride sketched a chronology of the case against former Hawks boss Anwa Dramat — investigated by his team as part of IPID’s mandate of tackling misconduct by police — when he testified at the State Capture commission on Thursday.

Crime Intelligence took its cloak-and-dagger tactics into the Independent Police Investigating Directorate in a bid to sew up the rendition case against former Hawks boss Anwa Dramat and his colleagues.

The SAPS unit drove the controversial investigation that led to Dramat’s ousting, having handed a docket to a senior investigator who was then ordered to keep his own boss in the dark about it.

The case of the illegal Zimbabwean “renditions” by Hawks officers eventually sent Dramat into early retirement, paving the way for the deployment of former Limpopo cop Berning Ntlemeza, whose appointment was later found to have been unlawful and invalid.

On Thursday, former IPID boss Robert McBride sketched a chronology of the case — investigated by his team as part of IPID’s mandate of tackling misconduct by police — when he testified at the State Capture commission.

Following his appointment as the head of IPID in March 2014, he asked for a briefing of all high-profile cases — which included the renditions case.

Matthews Sesoko, then acting national head of investigations, and investigator Innocent Khubu updated him on this case and the Cato Manor case involving Major-General Johan Booysen.

And Khubu was allegedly told not to report back to Sesoko, who was his senior at the time.

“I was nervous of the involvement of Crime Intelligence, which already at that stage, didn’t have a good public image.”

“The secrecy and usurping (of function or power) immediately got my guard up.

“I wanted to know why we were collaborating with SAPS in view of our independent role.”

“Mr Khubu then said to me: ‘Boss, let me be open with you from the beginning. I was concerned and scared about this case from the day it was given to me.’ ”

McBride told the commission that generally, Crime Intelligence acted in support of investigators at the Hawks or detectives in assisting them with their investigations.

“It is unusual for Crime Intelligence to be carrying dockets, taking statements from witnesses or suspects. Very often they don’t even testify in court, in order to protect their identities.”

McBride said he then asked his team to review all evidence in the docket and that material acquired be processed by IPID officials themselves, including information gathered and/or provided by Crime Intelligence.

McBride, admitting to having been slightly sneaky, pressed his team for details during the briefing of the actual crimes alleged to have been committed by Dramat, Major-General Shadrack Sibiya and other Hawks officials, and realised that his own investigators had issues with what they had been given by Crime Intelligence.

“I then told them we would have to review all the evidence.”

Unknown to him at that moment, Khubu had already been put under pressure to submit a report to the National Prosecuting Authority two months earlier, McBride said.

Khubu had been called by advocate Anthony Mosing to produce a report, in haste, even though the investigation was still in progress.

Khubu had wanted to ensure that new evidence was added to the docket, but was allegedly told by Mosing to simply forward it to a Gauteng office now dealing with the case.

This was crucial evidence as the cellphone records disproved that Sibiya had been present during the arrests of the three Zimbabwean nationals and contrary to the information initially provided by Crime Intelligence.

That report — submitted without the signature of Khubu’s boss, Sesoko, nor the then acting head of IPID (Koeki Mbeki) as required by law, was later used to suspend Dramat, the commission heard.

It recommended Dramat and Sibiya, among others, be charged.

But the final report, signed by McBride once the IPID investigation was completed, was unequivocal about the fact that there was no evidence to sustain the prosecution of Dramat and Sibiya.

This second report to the NPA contained new evidence, including an analysis of cellphone records that did not support a prosecution in the case of Sibiya as it did not put him at the scene of the arrest of three Zimbabwean nationals arrested in South Africa in 2010 and illegally repatriated to Zimbabwe, where two of the men were then killed by police in that country.

It had been sent to the NPA and later McBride was asked to produce a briefing note for then police minister, Nathi Nhleko, who was then provided with a hand-delivered copy of the docket along with IPID’s report to the NPA.

Nhleko, McBride said, asked no questions and gave no feedback. Instead, he suspended Dramat while Sibiya was dismissed following a disciplinary hearing later on.

The suspension could only have been done based on the initial report, one that was based on an incomplete investigation, that Khubu had been pushed to submit to the NPA earlier that year, and which recommended the two top cops be criminally charged with kidnapping and defeating the ends of justice.

McBride told the commission that he later found out that around November/December 2013, prior to the initial report being sent to Mosing, there was pressure on Khubu from Ntlemeza, then Limpopo deputy provincial commissioner.

“I was not made aware of this at first. But later, when Mr Khubu explained the sequence of events, he indicated that Ntlemeza had said he was “holding up” his progress.

Khubu, he testified, was placed under pressure to hand the report to the NPA without the relevant signatures and did so by January 2014.

McBride also testified about a reference group set up by Nhleko soon after his appointment. This group became involved in a number of cases and came to inquire about some of those at IPID; their mission included the renditions case.

He said they appeared unhappy that IPID’s investigation went against a criminal prosecution of Dramat and Sibiya.

Soon after, Nhleko asked for the docket, along with all exhibits and colour photos.

“In my last sentence of the information note to the minister, I stated that ‘I’m giving you the pack with the utmost sincerity and trust,’ ” McBride said. This, he told the commission, was an unusual way of ending a letter.

But, McBride said, he wanted to impress upon Nhleko the sensitive nature of the matter without “offending” him.

Instead, Nhleko’s office would soon put out a statement announcing Dramat’s suspension.

“I realised something was wrong because the docket and the recommendation sent to the NDPP and now the minister, did not recommend this in respect of Dramat.”

IPID then issued a statement informing the public of the findings of its own investigation, a move that soon triggered McBride’s own woes.

Nhleko later accused McBride of fraudulently altering the initial investigation report, the one that had been sent to the NPA by Khubu.

This was not true, McBride told the commission. He said the initial report had been drawn up based on an incomplete investigation and that the final report had merely taken all the evidence into account.

He said what became clear to him was that Nhleko had not acted in good faith and had embarked on a predetermined path when he suspended Dramat.

McBride said he later learnt that on the same day Dramat received a notice of suspension, Ntlemeza allegedly called Khubu to say “watch the media for a hit on Dramat”. He earlier testified to a pattern of media leaks about individuals that needed to be eliminated from the public sector, which would then be followed by disciplinary hearings and their removal or replacement.

He cited the removal of former KwaZulu-Natal Hawks boss Johan Booysen, and the team that became known as the SARS rogue unit — including former SARS commissioner Ivan Pillay, as part of this group.

Dramat’s suspension led to the appointment of the controversial Ntlemeza, whose appointment was later found by the courts to have been invalid.

The charges against Dramat and Sibiya — including kidnapping and violation of the Immigration Act — were withdrawn only in late 2018.