Forum steers the search for a ‘fair price’ for cancer medication 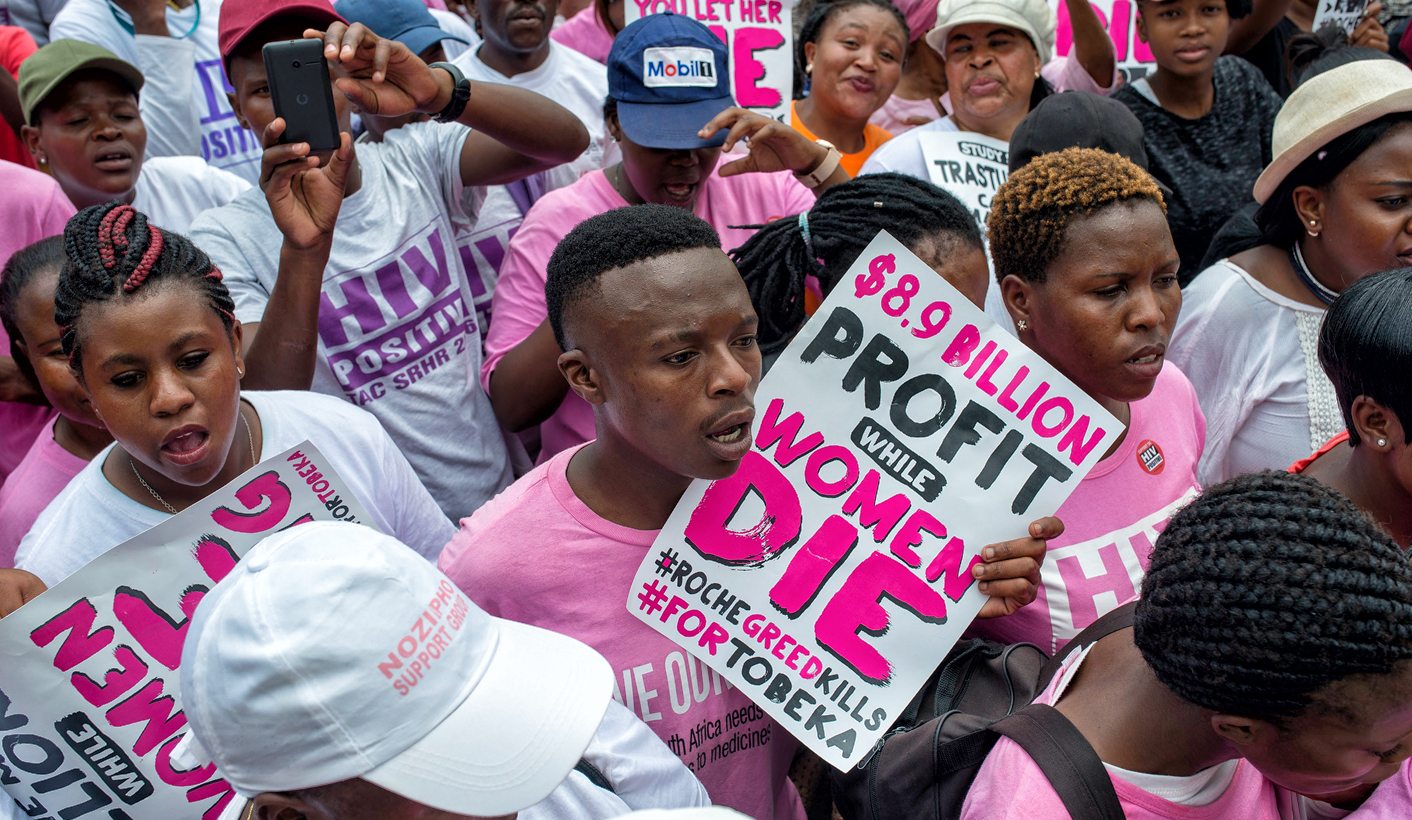 Civil Society organisations in South Africa and around the world are calling for the reduction of medicine prices, especially those used to treat cancer. This call comes as the Fair Pricing Forum headed by the World Health Organisation in partnership with South Africa’s National Department of Health got underway on Thursday in Johannesburg.

According to a World Health Organisation (WHO) report, cancer is the second leading cause of death globally. In 2015, 8.8 million people died as a result of cancer and 70% of those deaths happened in low-and-middle income countries.

Speaking to Daily Maverick during a picket outside Emperors Palace in Kempton Park, Gauteng, where the Forum was being held, Cancer Alliance’s Salome Meyer said:

“We as civil society are saying prices of medicines, and very particularly cancer medicines, are unaffordable. The ordinary person in the street, we’re talking … low-income countries globally, and not just South Africa, cannot afford these medicines.”

“The World Health Organisation, our governments, need to put pressure on pharmaceutical companies to stop making a profit out of our lives. People are dying and the majority of the people who are dying are poor people who cannot afford effective but expensive medicines for cancer, HIV and for tuberculosis,” said Anele Yawa, General Secretary of the Treatment Action Campaign.

“R828,00 per year is not a fair price” read one of the placards displayed during the picket. Lenalidomide is a medicine that is used for the treatment of Multiple Myeloma, a type of cancer.

According to the Cancer Alliance, “a year’s supply of lenalidomide is priced at R882,000 in South Africa and less than R32,000 in India. Many cancer patients in South Africa do not have access to affordable cancer medicines – many of which are available in other countries at a fraction of the price paid here.

Civil society organisations were also concerned by the lack of transparency from the pharmaceutical industry.

“The research and development category that pharmaceuticals hide behind needs to be transparent. Transparency is one of the principles of good governance, of principles in which you negotiate the price. Lots of meetings and deals happen behind closed doors. Prices cannot be negotiated on our behalf,” Meyer said.

Another report published by the WHO indicates that current policy on cancer medicines does not adequately meet health and economic-related objectives.

“Prices of medicines are high in both absolute and relative terms compared to other therapeutic areas. Some stakeholders have influenced medicine prices higher than the true clinical value of cancer medicines, essentially lending higher negotiation power to the pharmaceutical industry,” according to the report.

Given Selepe, one of the demonstrators on Thursday, said: “We are here on behalf of people who are in lack of medications for illnesses such as cancer, HIV and TB. The possibilities of those people getting medicines, especially cancer, is low due to poverty and lack of knowledge of their rights. We are here to fight for their rights.”

“Since last year, we have started a campaign in Switzerland to show that the problem is not only in poorer countries but also in richer countries. Cancer medicine prices are taking such an exorbitant proportion, even in Switzerland, that the universal health coverage in one of the richest countries in the world is in danger,” said Patrick Durish, a health policy advocate for Public Eye, a Swiss non-governmental advocacy organisation.

One of the objectives of the forum is to discuss what a “fair price” is and how it should be defined globally.

“The WHO and everybody involved in the forum needs to discuss what is a fair price. But what is fair for you is not necessarily fair for me and what was fair yesterday is not fair today. And those are the types of issues that need to be discussed,” Meyer said.

A memorandum was submitted to the WHO and National Department of health, signed by 64 civil society organisations from around the world, detailing the matters that these organisations need to be discussed during the forum. DM