Amasi. Awethu! The magic of milk 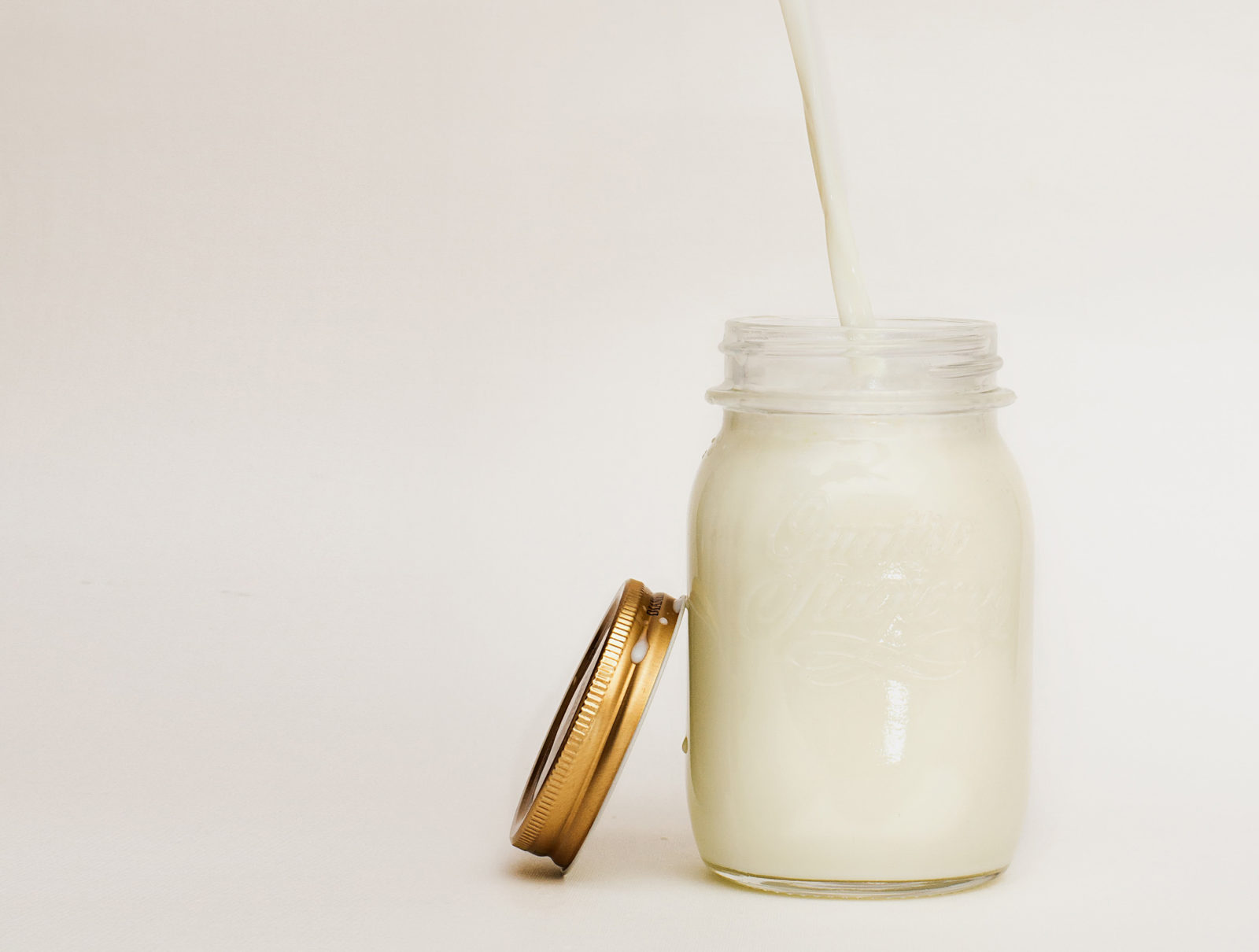 Few kitchen staples can be stretched as far as the humble pail of milk. Collected from the source, it translates into a plethora of SA icons including amasi, milk tart, buttermilk rusks and, of course, butter.

White maize is widely recognised as South Africa’s food staple, featuring in all shapes and styles from breakfast to beer. Co-starring alongside the mealie and packed with a protein punch is milk, often overlooked, but lending a more nutritional value to plain pap in perhaps the most attainable way.

Cows have to be milked daily to stimulate a continuous supply for both calves and humans. A bucket a day can easily result in oversupply, and in the days before pasteurisation and refrigeration, excess milk needed to be processed inventively to ensure zero waste.

Hence, few kitchen staples can be stretched as far as the humble pail of milk. Collected from the source, it translates into a plethora of SA icons including amasi, milk tart, buttermilk rusks and, of course, butter.

In modern kitchens, butter is often considered but a single element in a greater dish; something you fry the onions in or baste the steak with after grilling. There’s no denying its versatility. But butter, first and foremost, is favoured in its simplest form by those who know the joy of making it from scratch.

Nothing beats the sensation of sinking your teeth into a slab of golden goodness, melting into a slice of warm farm bread — just like that, with nothing else added. It was always considered a luxury. Not because of what it costs in the shop (now selling at around R120/kg), but because of the physical process involved and the small percentage acquired from a large quantity of milk. It’s the creamed cream of the crop, quite literally.

It all starts with the milk from the small Jersey cow grazing in the camp at the bottom section of the garden. Jersey cows are preferred for their ability to produce rich milk with a much higher fat content, albeit of lesser quantity, as opposed to the black-and-white Holstein Friesians, preferred again for the vast quantities of milk they deliver.

On our farm, the groundsman Oom Martin Pokpas was in charge of the milking process, which started the night before when the cows and calves were separated. The next morning there would be enough milk for both the humans and calves to have their fill. Oom Pokpas got up even before the crack of dawn, ensuring that when the rest of the farm arose, each household had a share of the bounty on their kitchen tables. Hot, fresh milk with a frothy collar thicker than any fancy cappuccino machine could ever spin.

My favourite was to drink it there and then; dunk a cup in the bucket and have it neat. Although, the processes that followed proved equally rewarding.

Strained to remove all impurities, the warm, fresh milk would be transferred to a purpose-built separator. We had a hand-operated one perched beneath the pepper tree behind the kitchen.

It’s a drum-like container, assembled on the inside with a series of tapered disc stacks which are spun around by a belt and pulley; in essence, a basic centrifuge. While turning the lever, whole milk is poured in at the top. The cream, if spun around, then rises to the surface of the milk where an outlet allows it to flow off into a channel and into a bucket. Under it, the skimmed milk is forced out to the periphery of the drum into another channel and separate container.

“The quality of the cream is dependent on the speed at which you rotate the lever,” says Oom Ciske Bezuidenhout, a local entrepreneur who supplies Cradock’s cream addicts with the thickest I’ve ever encountered. He has it down to one rotation per second, he says.

“This makes for a heavy cream and totally skimmed milk, while a slower rotation will result in a pouring cream and milk with higher fat content.”

Usually about once a week, when the quantities of cream had added up to justify the effort, it was time for butter. Thick cream needs but a quick beating to split. Once there are butterfat solids to work with, it’s easy to clump these together to release the most amount of brownish-grey liquid, namely buttermilk.

In true farm-to-table fashion, this not-so-appetising by-product was elevated by incorporating it into more sought-after buttermilk rusks. The key ingredient here provided a much-desired creamy result when dipped into a strong cup of black moerkoffie.

With the bulk of the buttermilk removed, the butter would then be washed with ice water and beaten for a third and final time — to remove any excess water — before being salted and pressed. Since salted butter kept better than fresh cream, this process was the rational way to go in stretching that initial pail of milk as far as it could. But it is by no means the end of the road.

South Africans’ ingenuity in preserving foods and optimising it to full potential is ingrained so deeply that it’s often overlooked, considered the norm. Take the buttermilk rusks, for example. A biscuit/coffee creamer that could keep for months… ingenious.

Better still is the Eastern Cape drink of choice — amasi or maas. The process starts where most people consider it the end of the road — when milk had finally gone sour. We used to pour the sour milk in washed 2l bottles, but according to Xhosa cook and baker Nombeko Fesi, amasi was traditionally fermented in hollowed-out calabashes on a sunny windowsill.

She says the use of fresh, unpasteurised cow’s milk is imperative as any treated milk won’t split or form the desired curds.

“It typically takes about two or three days for the amasi and entloya (a whey-like residue) to split, if you put it in a warm place. On the farm I grew up on, however, the summers were so hot that the fresh milk from the morning sometimes developed amasi by nightfall already.”

Amasi is much more than a meal, Nombeko says.

“It was considered a remedy for stywe maag (constipation). We even used to wash our faces with it to combat dry skin.”

She says the entloya would be strained and kept aside to mix into the amasi if it had become too thick. However, you can also use this extra-thick amasi as a substitute for cream cheese.

A nob of butter elevates a bowl of boarding school slappap to heavenly goodness. Even our beloved milk tart is a celebration of these two humble ingredients, crowned with a dash of cinnamon sugar. My mother’s secret ingredient for making velvety smooth milk tart adds another dairy indulgence — she whips a piece of butter into the filling just before it is left to set.

Knowing your way around a pail of milk embodies a simple yet satisfying lifestyle that has been a necessity for many South Africans long before it was cool.

It is also the perfect paradox; “simple” as it may be, the art of turning one whole product into another relies on a series of complicated chemical and physical scientific fundamentals which, in this case, are effortlessly implemented by everyday South Africans. Amasi(ng).

Try your hand at our family recipe for buttermilk rusks.

Sieve and mix together the cake flour, baking powder, bicarb, tartar and salt and rub in the butter using your fingertips. The mixture should resemble fine breadcrumbs. Add the sugar. Mix together the eggs, buttermilk and sunflower oil and incorporate this into the dry mix. Do not overmix. Place in loaf tins and bake at 180°C until cooked and light brown. Leave to cool in the tins for a few minutes before turning out on to wire racks to cool completely. Using a bread knife, cut into rectangular pieces, arrange on baking sheets and dry out at 100°C until dry and crisp. DM