Africa is being left out of the digital tax loop

Africa is being left out of the digital tax loop 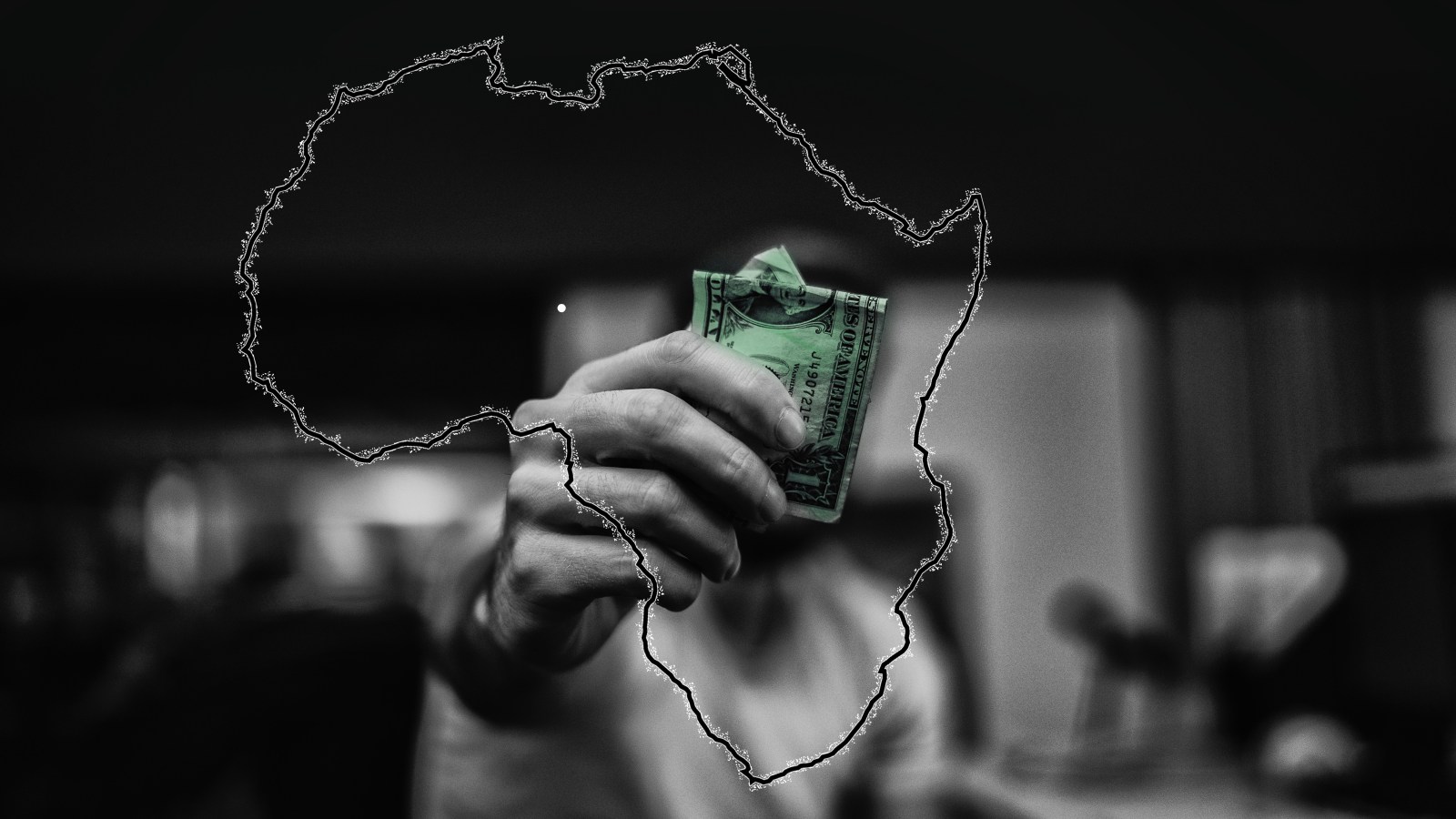 It’s a tricky issue. Tech companies are able to operate internationally very effectively, zooming down fibre optic cables from their tax havens. Should they be taxed in a different way? It’s now a leading topic on the global agenda, and African tax experts are hustling to join the discussions. Governments around the world have proposed varying solutions. Africa, however, is not necessarily happy with the progress, but potential solutions are out there.

Google parent company Alphabet reported recently its full-year results for 2018, announcing income of $30-billion off a revenue of $137-billion. But the eye-popping thing about the earnings statement was that its tax bill was just $4.2-billion, 12% of its pre-tax income, which was less than the $5-billion it paid in fines to the European Union. Hence the headline: Google pays more in fines than it does in tax. As one German politician grumbled, Google exists nowhere and pays tax nowhere.

But things are changing fast. Both Germany and France intend applying special tax regimes to Google, Amazon and Facebook. Where does Africa fit in this picture?

Many African countries have reported concerns about the tax challenges they face as their economies become increasingly digitalised, especially with global technology companies carrying out more business within their borders, without being physically present while doing so. This has made it difficult for African countries to establish taxing rights over the profits multinationals are making from the business activities in any specific country.

“Digital companies such as Uber, Google, Airbnb and Facebook continue to invest significantly across the continent. Many tax authorities around the world have shifted their focus to the effective taxation of “Big Tech” who until recently have had carte blanche on where (or whether) to account for profits, not always having ‘fiscal justice’ in mind (a phrase coined by the French finance minister, Bruno Le Maire).”

Africa is no exception and is not happy with things as they stand.

The African Tax Administration Forum (ATAF) says this is due to the international tax rules only allocating taxing rights to a country where a non-resident enterprise creates enough of a physical presence in that country. There has to be a “nexus” in that country.

“Business models that enable multinationals to carry out business in an African country with no or very limited physical presence in that country, therefore, represent a significant tax risk,” it states in a technical note.

Examples cited by industry players of such business models are usually those such as social media platforms, search engines and online marketplaces. But African governments are protesting about additional tax challenges relating to the impact on the value chains of a wide range of businesses. These changes to value chains, therefore, raise questions about whether fundamental changes are needed to the two key underlying principles of the international tax rules.

The first is around the nexus rules and the second is around profit allocation rules (which determine how the multinationals’ global profits are allocated between jurisdictions, primarily using transfer pricing rules, says Logan Wort, ATAF executive secretary.

Transfer pricing is a tax practice that refers to the setting of prices of goods and services (including those linked with intellectual property such as research, patents and royalties) that are exchanged among the subsidiary, affiliate or commonly controlled companies or legal entities that are part of the same larger enterprise.

“Ditigalisation raises the question of how taxing rights on income generated from cross-border transactions should be allocated between jurisdictions. The allocation of taxing rights between residence and source jurisdictions has been an issue of considerable concern for African countries for many years. African countries are generally source countries and tax on a source basis, where the income is taxed in the country in which it arises no matter where the recipient is tax resident,” Wort says.

“ATAF members often report that they consider the current nexus and profits allocation rules are weighted too heavily in favour of the residence jurisdiction to the detriment of the source (African) jurisdiction,” Wort says.

The concerns have been raised against the backdrop of the Base Erosion and Profit Shifting (BEPS) 15 point-action plan, which was released by the Organisation for Economic Co-operation and Development (OECD) and G20 issued in 2015. Action 1 specifically addressed the tax challenges of the digital economy and outlined several recommendations to address the modification of the existing permanent establishment rules, withholding taxes on certain digital transactions and a tax on bandwidth use.

Furthermore, in March 2018 the OECD released an interim report: Tax Challenges Arising from Digitisation. The interim report set the framework against which the OECD aims to report in 2020 on the interconnectedness between digitalisation and international tax, considers many factors dealing with the taxation of the “digital economy” and recommends interim measures. One of these measures includes an excise tax on digital service supplies applying to gross revenue received by a digital service provider in a certain jurisdiction (place of the user).

The interim report did, however, acknowledged that consensus is still needed on the merit or need for interim measures pre-2020. Since then countries, many in Africa, have stated that interim measures would result in “risks and adverse consequences”.

African states are concerned that their tax bases are being eroded by illicit financial flow due to multinationals artificially shifting profits to jurisdictions where their profits are subject it little or no tax. They consider that the outcomes of the OECD/G0 BEPS project do not adequately stem these illicit flows as they are too complex to effectively administer and are not comprehensive enough to address the artificial profit shifting seen in Africa.

Wort says, however, the global tax debate is starting to recognise these challenges. He says this debate is taking place in several forums including the OECD Inclusive Framework on BEPS, which includes 21 African country members and the United Nations Tax Committee of Experts on International Co-operation in Tax Matters.

“The inclusive framework intends to reach consensus to address two reigning challenges — the allocation of taxing rights and to counter artificial profit-shifting strategies used by multinationals that have not been addressed by the BEPS outcomes,” says Wort.

The first pillar will consider the need to revise the balance in allocating taxing rights between residence and source jurisdictions, which is currently based on the arms-length principle.”

The arm’s-length principle is a mechanism used to adjust prices set between related parties to reflect market conditions and the terms and conditions for similar transitions between independent parties.

Wort says current profit-allocation rules do not properly reflect the value created for the multinational by the brand perception in the minds of the customers. In addition, other unique and valuable contributions to the profits of the multinational are not reflected in the profits. This leads to an under-allocation, and often significant under-allocation, of profits for tax purposes to the country concerned.

One interim suggestion is like the proposed excise tax contained in the OECD Interim Report. The idea is to create a Digital Services Tax. In the longer term, a “Digital Permanent Establishment” definition could also be introduced. The Digital Services Tax, if implemented, will be levied at 3% on gross “digital services” revenue earned in a jurisdiction by a digital service provider.

The proposed tax would apply to revenue derived from supplies of specific digital services, for example, the supply of advertising space, facilitation of digital interactions, data generation through user-provided information and so on.

It would be collected in the state of user location and apply only to entities with global revenue exceeding €750-million and EU revenue derived from digital services exceeding €50-million. The digital services tax will be deductible against corporate income tax, which will reduce or eliminate double taxation and will cease to exist when the contracting countries agree on a clear digital establishment concept.

“It is targeted at large digital service providers, does not “over-tax” (only 3% and deductible from CIT), has little to no impact on start-ups due to the revenue thresholds, and is relatively simple,” says Kirsten.

The idea has been met with animosity from several countries. With large multinationals dominating the global digital services industry, the US is anti-DST, and Kevin Brady, chairman of the US House Ways and Means Committee, described it as a “blatant revenue grab”. The Irish government opposed the DST, on the basis that although reform is needed, it must be done on a multilateral basis.

Establishing an eventual Digital Permanent Establishment (PE) concept will allow contracting states to tax entity profits arising in one state without the need for that entity to have a “physical presence”. The existence of a Digital PE would depend on a “significant digital presence” and industry players feel the allocation of profits to Digital PEs intends to better reflect value creation by digital entities per jurisdiction.

Widening the tax net through the Digital PE concept is certainly an attractive prospect to generate tax revenue in Africa, but it does depend on whether African tax authorities can make it work. DM