Gaddafi’s money and the prospects of accountability: Zuma exposes not just himself, but South Africa too 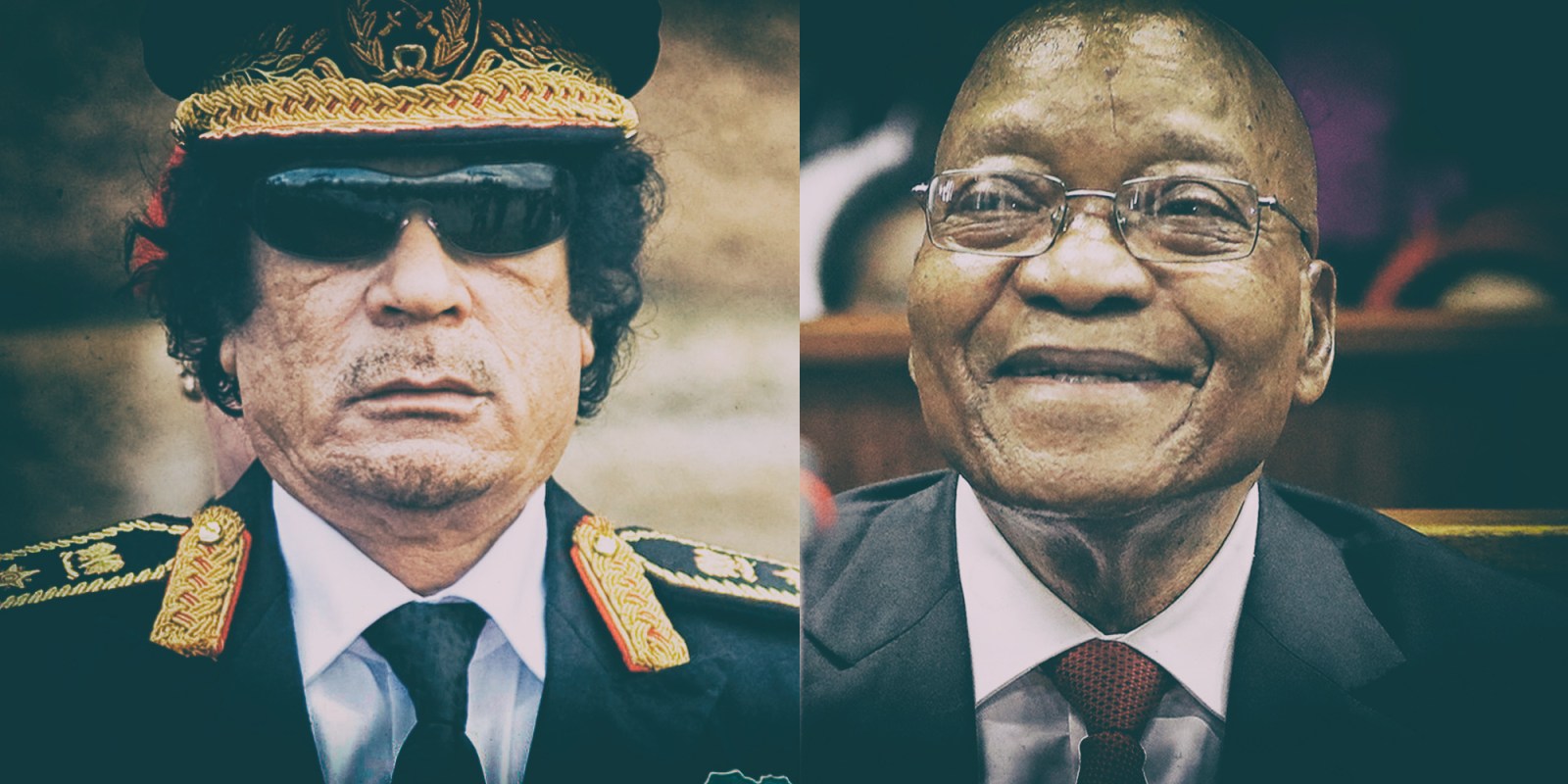 It’s not only US law or South African law that Jacob Zuma may have flouted in holding and moving the late Libyan leader Muammar Gaddafi’s assets. It is also international law, no less: compliance with United Nations Security Council Resolutions.

According to a Sunday Times report on 7 April 2019, former president Jacob Zuma may have been involved in moving millions of US dollars from Libya to South Africa.

Quoting a legal expert, another newspaper article suggests that, given the seriousness of the allegations, and the involvement of dollars, US authorities could end up being “very aggressive” in pursuing the allegations. That legal expert goes on to suggest that if the report is true, Zuma could be exposed to liability in South Africa under the South African Prevention and Combating of Corrupt Activities Act.

But the situation is far more serious than that: it’s not only US law or South African law that Zuma may have flouted, it is also international law, and international law’s highest law, no less: compliance with United Nations Security Council Resolutions.

On the evening of Saturday 26 February, 2011 the United Nations (UN) Security Council unanimously passed Resolution 1970 (2011) referring the situation in Libya to the International Criminal Court (ICC). The resolution was part of a robust set of Security Council measures directed at the Libyan regime, including a travel ban and asset freezes for Libyan leader Muammar Gaddafi and his associates, and an arms embargo.

It was the first concrete action by the Security Council in respect of the events that began several weeks earlier, as increasing reports of attacks on civilians in Libya confirmed the lengths to which Gaddafi would go to cling to power. Importantly, the decision was adopted unanimously.

Of importance, for now, is the asset freeze: it was imposed on individuals both in and closely linked to Gaddafi’s government; any frozen assets would be made available to benefit the population.

Paragraph 17 of the Resolution stipulates that the Security Council decided that “all Member States shall freeze without delay all funds, other financial assets and economic resources which are on their territories, which are owned or controlled, directly or indirectly, by the individuals or entities listed in Annex II of this resolution or designated by the Committee established pursuant to paragraph 24 below, or by individuals or entities acting on their behalf or at their direction, or by entities owned or controlled by them”.

It will come as no surprise that one of the individuals listed in Annex II – and whose funds were thus frozen – were Brother Leader, Gaddafi.

The Security Council took this provision so seriously that it established a Committee to monitor the implementation of the sanctions, assisted by a panel of experts. That committee continues its work today and its mandate was, by Security Council Resolution 2441 of 5 November 2018, renewed until 20 February 2020.

In the renewal mandate, South Africa should be particularly concerned by paragraphs 12 and 17 in Security Council Resolution 2441. Paragraph 12 calls on Member States, particularly those in which designated individuals and entities are based as well as those in which their assets frozen under the measures are suspected to be present, to report to the committee on the actions they have taken to implement effectively the travel ban and asset freeze measures.

And paragraph 16 urges all states, UN bodies and other interested parties to co-operate fully with the committee and the panel, in particular by supplying any information at their disposal on the implementation of the measures, in particular incidents of non-compliance.

What does all this mean? It appears that Zuma may have facilitated the violation of the Security Council’s asset freeze and/or allowed funds to be channelled out of Libya to South Africa.

Furthermore, once on our territory, instead of allowing those assets to be frozen, it seems that Zuma was involved in concealing them. In so acting, he would then have flouted South Africa’s obligations under the Security Council Resolution and exposed South Africa to the potential violation of international law.

Of course, the legal accountability for such conduct will depend on whether the facts alleged against Zuma in the Sunday Times are true. It is thus imperative that a full investigation be undertaken by South Africa into the allegations so that it can discharge its obligations to the Security Council of the United Nations.

We must allow Zuma and the South African government an opportunity to come clean with the UN Security Council. International law demands it. DM