‘Cyril Ramaphosa will not finish his term of office’ – Julius Malema 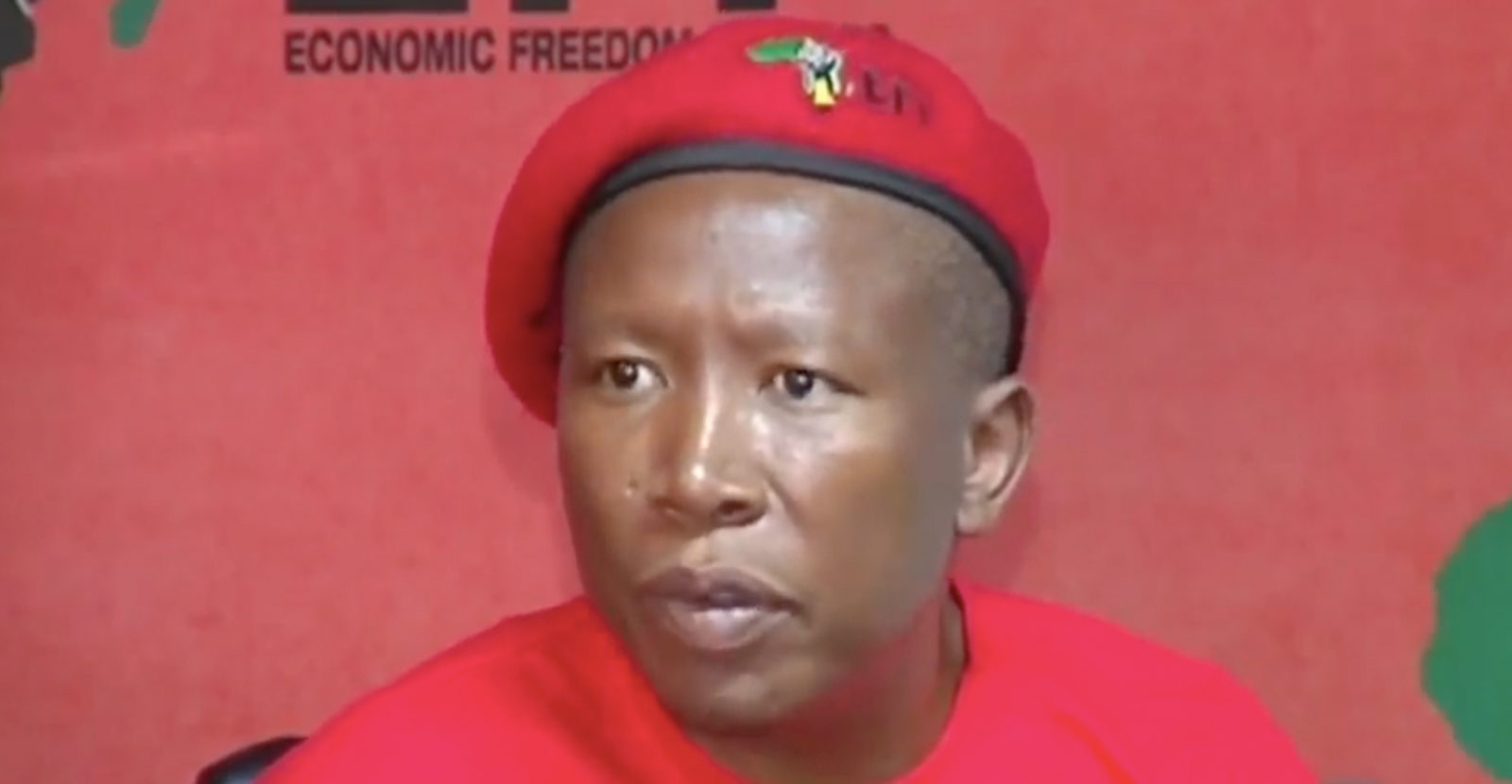 Economic Freedom Fighters leader Julius Malema says that President Cyril Ramaphosa will not finish his term of office as President of South Africa after the 8 May elections.

Julius Malema, Economic Freedom Fighters leader, says that Cyril Ramaphosa will not complete his term as President of the country due to his “confusion” on congress policy.

This was in response to a question posed to him during a press briefing on Wednesday, 10 April at the EFF head offices in Gauteng. Referring to the ANC party conference that will take place in June, Malema said: “He won’t come back, I can tell you now. I am not a prophet, I just have experience and I can tell you that the ANC is about to vomit someone and it will vomit him,” Malema said.

Responding to questions around whether Cyril Ramaphosa will remove ANC MPs facing allegations of corruption, Malema said: “Anyone who says it (ANC party factions) will be resolved after elections, you are misleading yourself. You are living a lie.”

At the briefing, Malema also announced the resignation of EFF MP Thembikosi Rawela after the MP made allegations of financial mismanagement within the party.

“As of this morning, we have received a formal communication for the first time from one of those who are disgruntled with the democratic outcome of the list process in a form of a letter of resignation as a member of the EFF. We note this resignation. Good riddance,” Malema said.

Malema further said that Rawela is being sued for R1-million for the allegations he made against the EFF.

“If the court says produce bank statements to prove that you are not taking EFF money, I will do that. I take no money of the EFF. I am taking him to the cleaners. My lawyers are in contact with him,” said Malema.

Talking about the party’s election plan, Malema said their stance on expropriation of land without compensation remains unchanged.

“Anyone who compensates for the expropriation of land is a sellout, black or white. In South Africa we are expropriating land and giving it to the state to be the custodian of the land. Black or white,” Malema said.