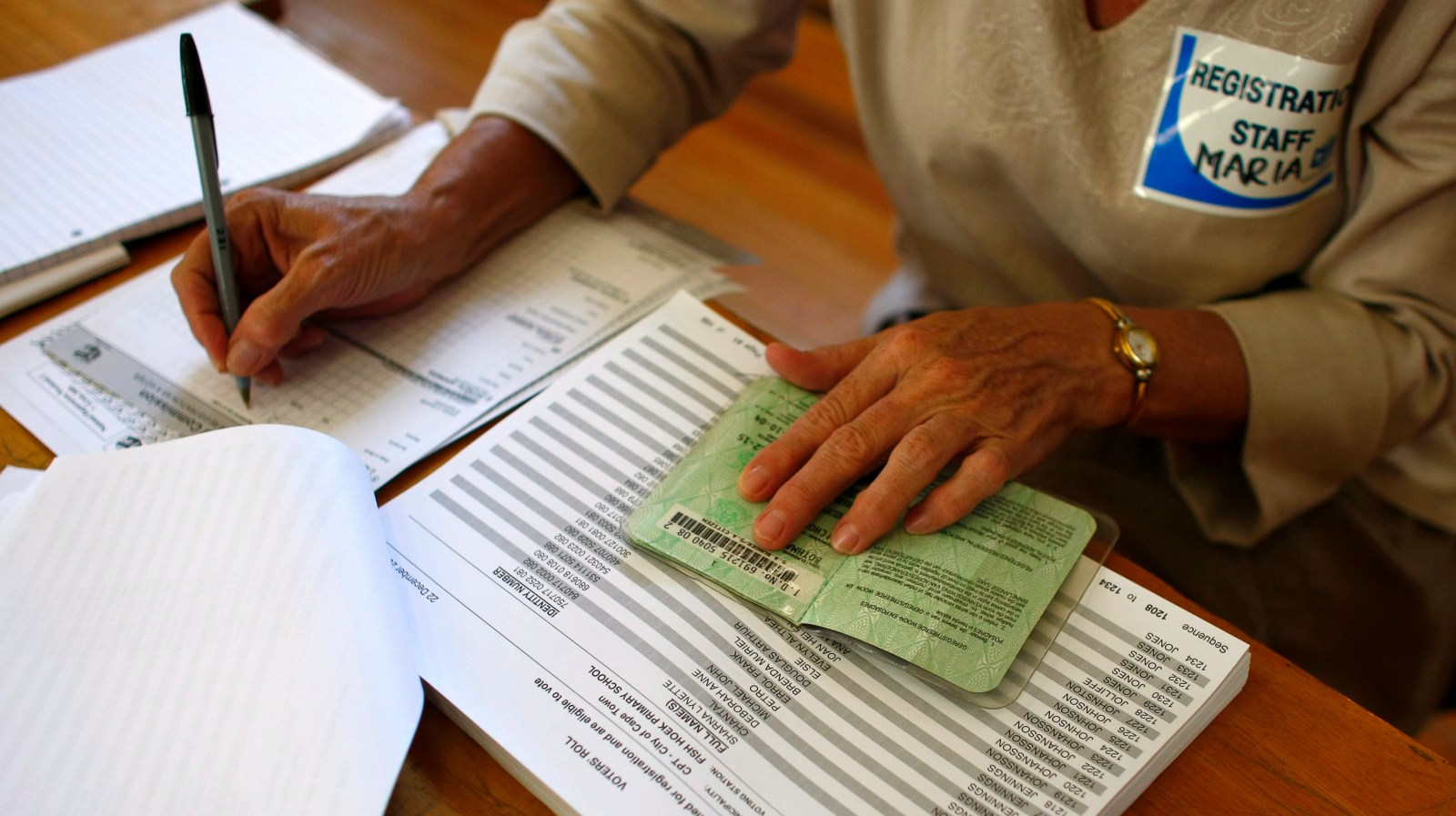 The IEC has barred only one individual, from the PAC, from contesting the 2019 elections and dismissed the ANC's claim that it can make changes to its list of nominees for the national and provincial legislatures.

The Independent Electoral Commission (IEC) announced on Tuesday that it has upheld only one of 53 objections lodged against candidates nominated to stand in the 2019 national and provincial elections.

Speaking at a press briefing in Sandton, IEC Commissioner Mosotho Moepya said the PAC’s objection to its own candidate Seropane Alton Senyane Mphethi was upheld due to his 18-month prison sentence while no other objections met the IEC’s strict criteria for disqualifying candidates.

“The Commission dismissed all other objections for failing to meet the constitutional and statutory criteria. The majority of these objections related to unproven allegations,” said Moepya alongside IEC Chairperson Glen Mashinini and Vice Chairperson Janet Love.

Moepya said 29 objections were lodged against ANC candidates, 19 against BLF, 13 against the EFF, four against the DA and Land Party, and one against candidates from the ACDP, AIC, ACM, and ATA respectively.

The IEC would not release specific claims made in the objections as appeals can still be lodged, but said all parties denied the allegations and the ANC, BLF, DA and EFF provided written responses.

According to the Electoral Act, candidates can only be disqualified from contesting elections if they are don’t meet the constitutional criteria, have not signed their nomination or have not taken an undertaking to sign the electoral code of conduct.

The Constitution says all citizens qualify to stand for the national and provincial assemblies except those who are unrehabilitated insolvents, have been declared of unsound mind by a court, or have been convicted of an offence and sentenced to over 12 months in prison without the option of a fine within the last five years.

The ANC, in particular, has faced criticism for nominating candidates who have adverse court judgments against them, such as Bathabile Dlamini and Malusi Gigaba, or are mired in corruption allegations or other alleged crimes.

“We understand how some of those objections have arisen but in law the requirements are clear for the Electoral Commission,” said Moepya.

“We have a set of rules that are prescribed in law,” he continued, saying the IEC is bound to apply the laws set by Parliament and cannot disqualify anyone who doesn’t fit the strict requirements set by the law.

The PAC’s Mpheti, who has been involved in the party’s ongoing leadership dispute, was found not guilty of murder in 2016 after a man died in his house in 2008. He was however sentenced to 18 months imprisonment for defeating the ends of justice.

Anyone aggrieved with the IEC’s ruling on the objections has until 11 April to lodge an appeal.

Responding to public criticism, the ANC has tasked its integrity commission with vetting all of its lists and on Monday the party’s elections head Fikile Mbalula said changes could still be made to its lists before the elections.

“The list is not cast in stone. You can be removed and the next person comes in,” said Mbalula. As an example, he said that if a candidate passed away before the elections they would need to be replaced.

The IEC, however, dismissed the claim that lists can be changed by a party before the elections, saying candidates can now only be removed following a court order.

“We wouldn’t be in the position to comment about the ANC process. I think it’s best we leave it to them,” said Moepya.

IEC officials clarified the stance, saying that no changes can be made by parties ahead of the elections unless they go to court, even if a candidate dies. DM