The Toyota Corolla used to be the epitome of conservative, sedan-style motoring. It was as innocuous as it was boring, delivering a completely predictable motoring experience – and yet, a top-selling one. Will the smarter, sexier Corolla hatchback achieve similar success?

“It’s more Golf than Toyota” is how my 20-something daughter summed up the all-new Corolla hatchback. And while it might make the folk at Volkswagen frown, the comment underscores that Toyota’s fresh-faced newcomer is bang on target.

For decades, the Corolla excelled at the art of inoffensive motoring, often driving its way to the top of the sales charts as a result. It might not have got the heart beating faster, but the compact sedan delivered what mattered most: solid build, consistent reliability and good resale value. 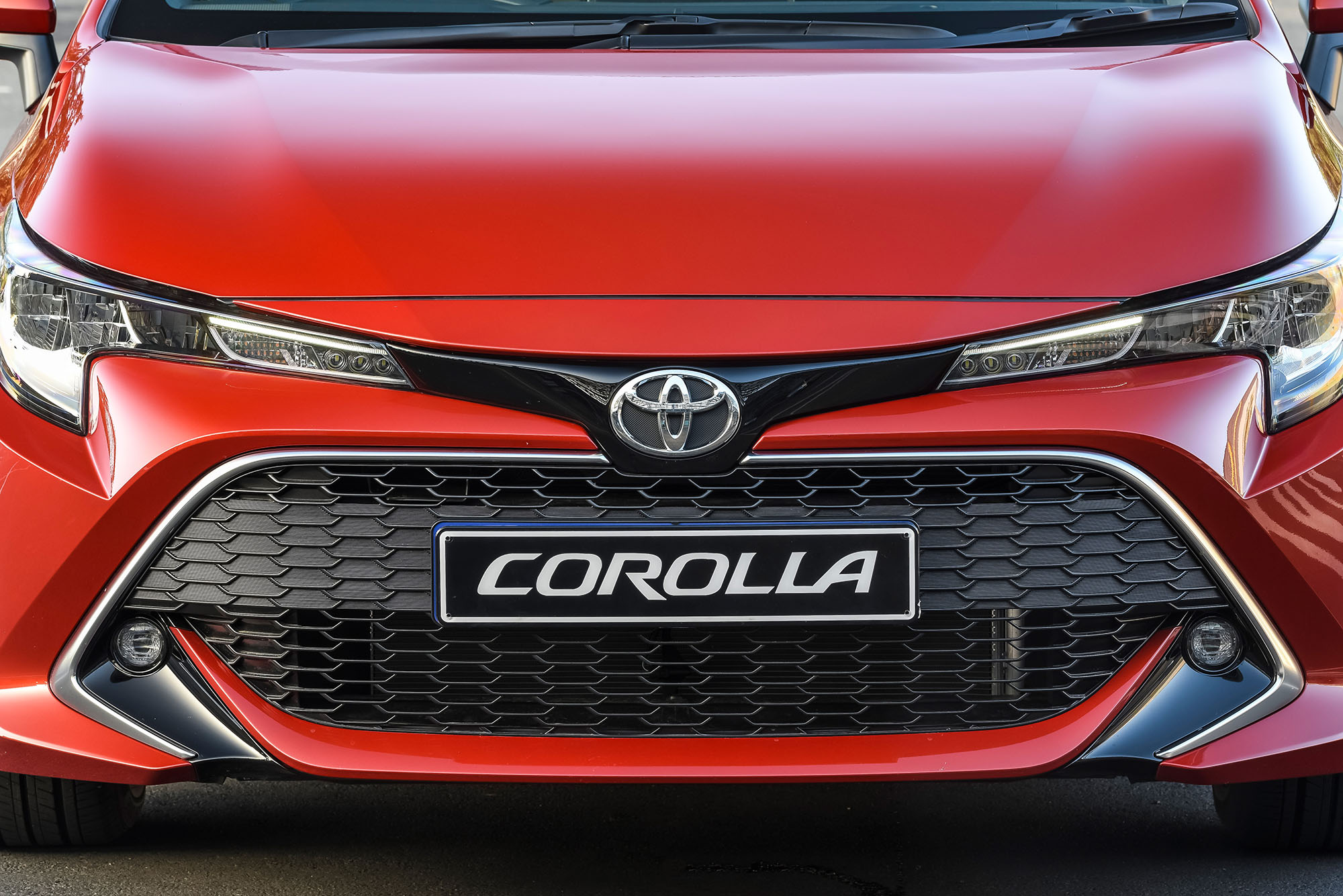 Those aren’t the sexiest of virtues, admittedly, but they’ve been effective enough to attract almost all age groups and demographics to the Corolla club.

However, the motoring landscape is changing rapidly, and being bland is no longer a benefit. Today’s buyers prefer distinctive design over one-size-fits-all styling, and place a stronger priority on emotive appeal and unique character.

It’s also true that the rise of the mighty SUV has eclipsed all other segments, greedily eating away at the Corolla sedan’s traditional customer base.

In short, the time was right for the Corolla nameplate to undergo a metamorphosis – and that’s exactly what’s happened. The new Toyota hatchback, which replaces the awkwardly named Auris, is an altogether zestier prospect. 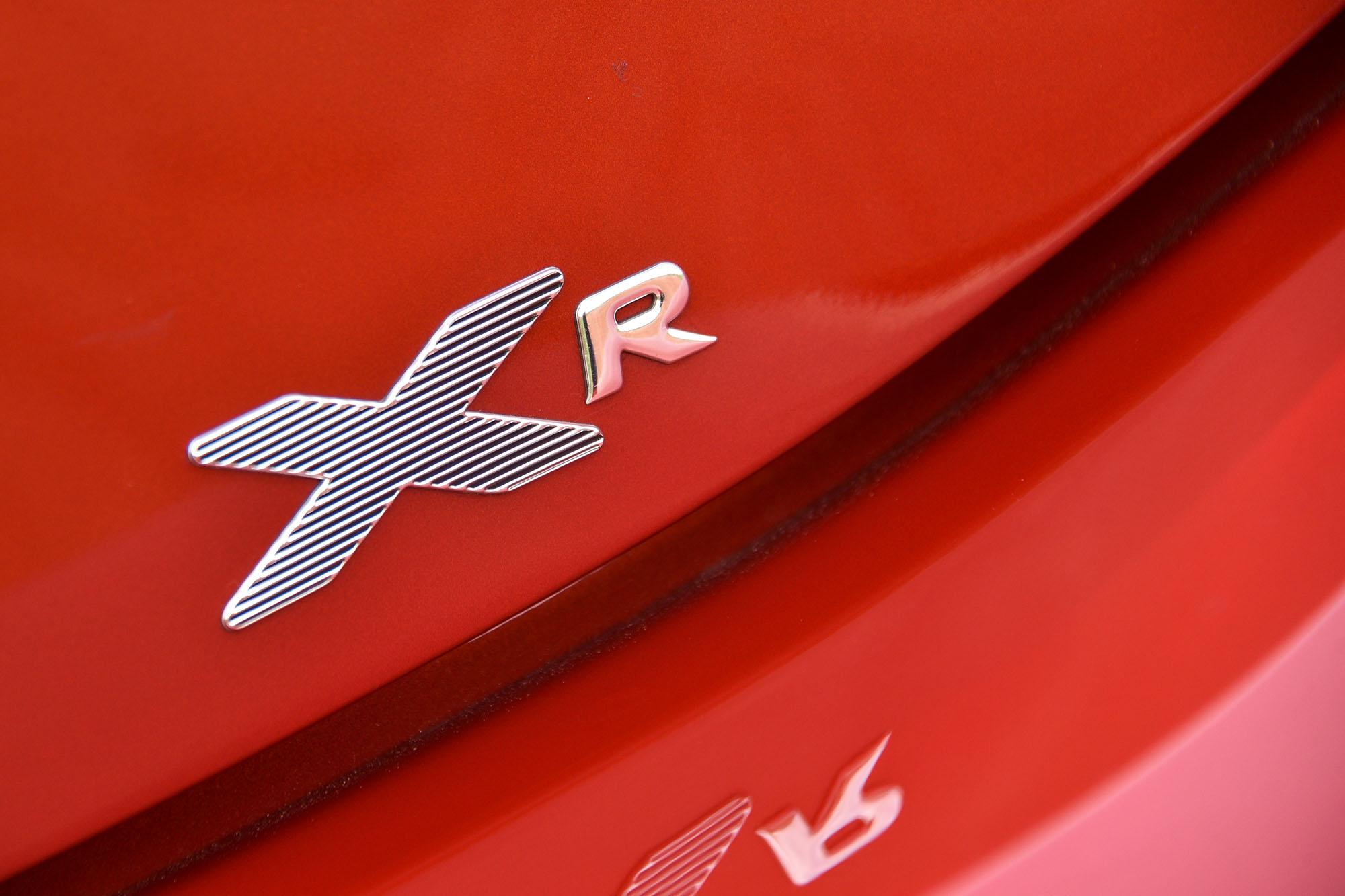 It also expresses a new design language that’s much more outspoken. Gone is the rather-safe-than-sorry approach, replaced by an altogether more extrovert, more daring image that is likely to win the nameplate many new friends.

The new Corolla hatch is a sleek, low-slung thing, with a stern-stared front end that oozes confidence and aggression. A massive grille and sculpted, partly protruding LED headlights make for an intriguing visage, while a low roofline, a wedged shoulder line and a contoured rear all contribute to a streamlined, muscular look. 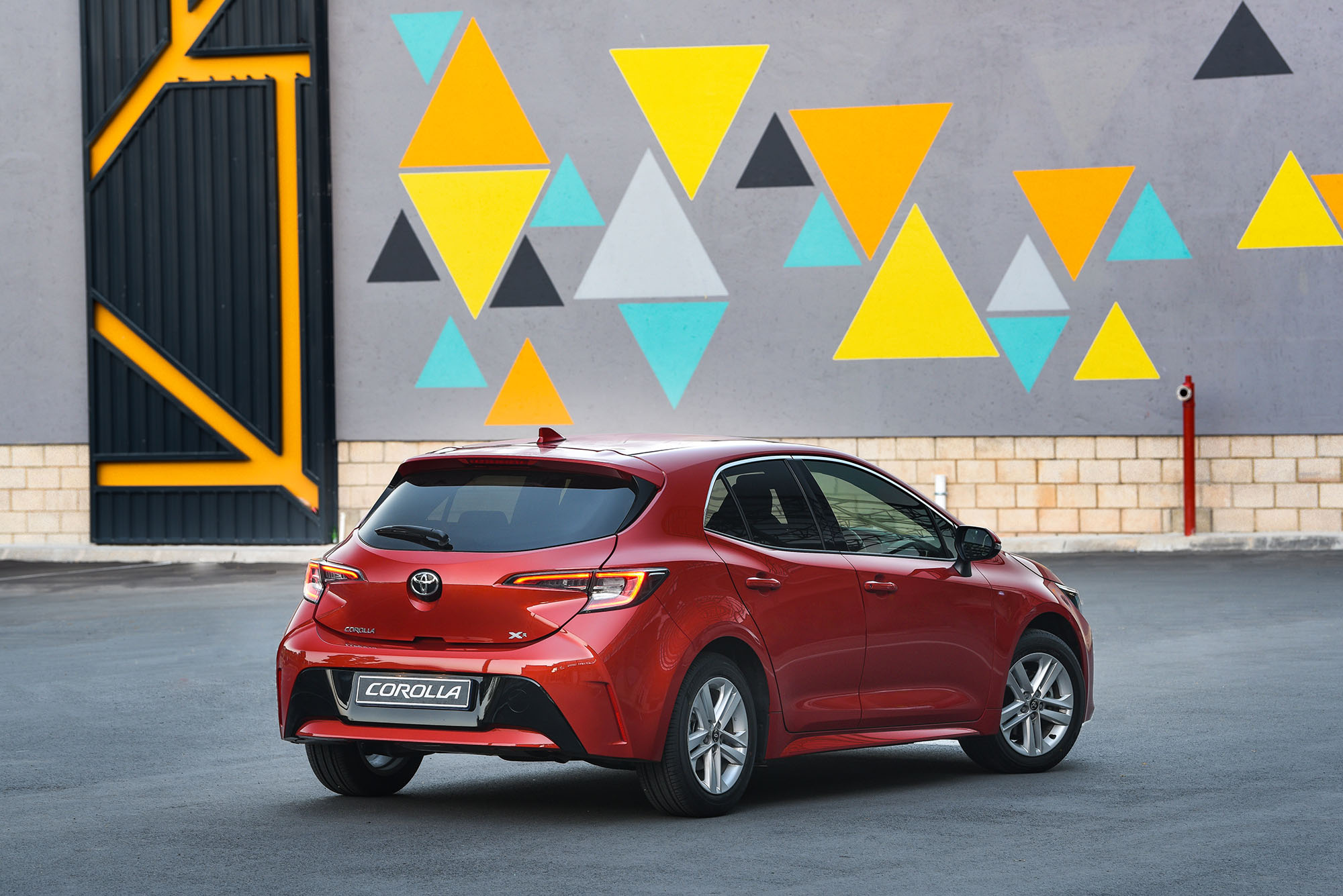 Aesthetics will always be a subjective topic, but to me, the new Corolla looks the business, and for once, the design is strong on emotive appeal, too. Put it this way: while the Auris would have been all but invisible in traffic because of its generic personality, the new hatch makes waves wherever it goes.

The rejuvenation continues in a cabin that has strong tactile appeal. Everything looks and feels the smart, upmarket part: from the Alcantara cloth seat inserts to the soft-touch, stitch-accented dashboard, and the soft sheen of the metallic accents. 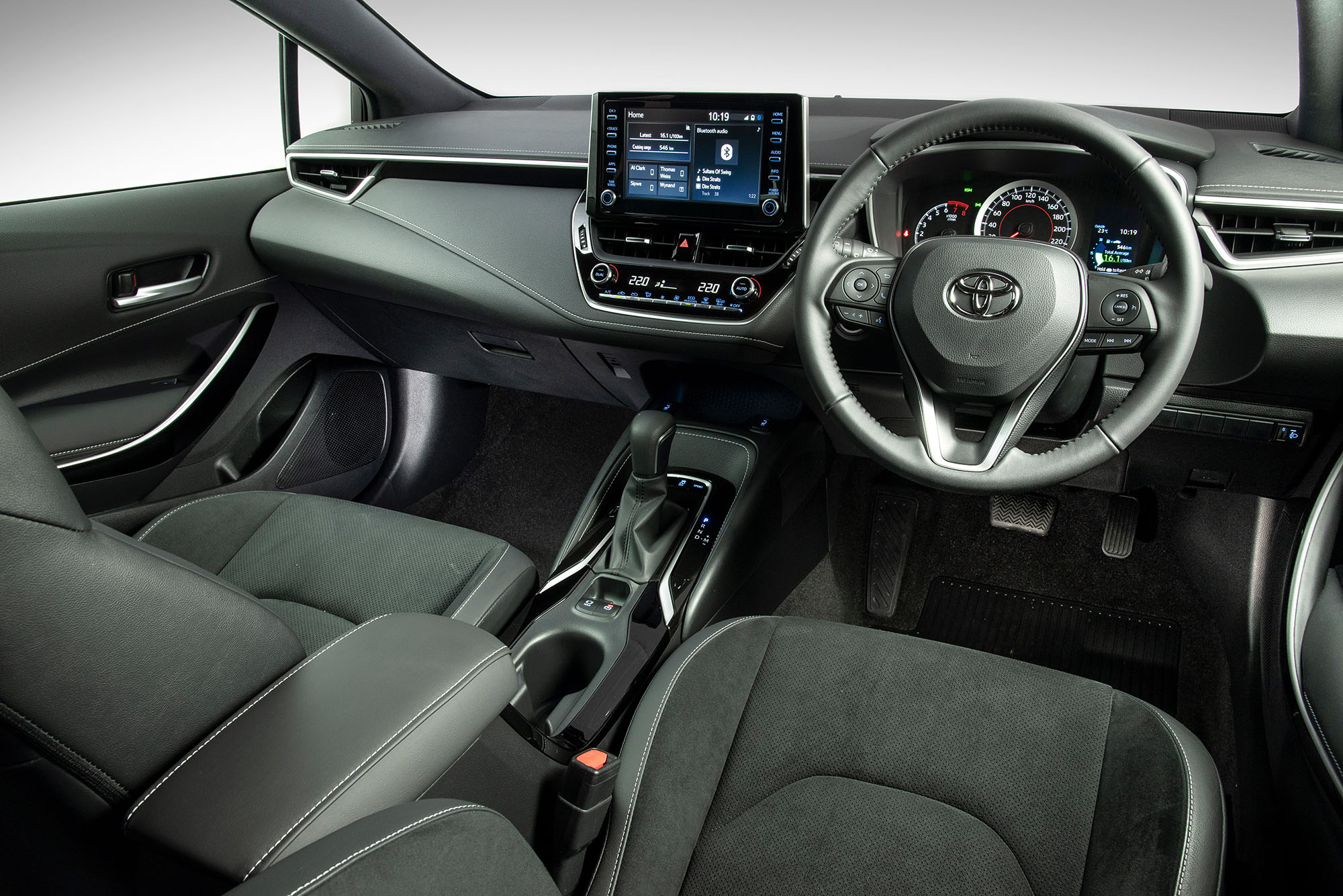 It’s a classy space that’s right up there with the very best in this segment. Efficient packaging ensures comfortable seating front and rear, with plenty of headroom… It’s a pity that the boot is so small and shallow, though – a direct result of the full-size spare wheel located under the cargo bay floor.

The leather-trimmed multifunction steering wheel is reach- and height-adjustable, neatly framing an instrument binnacle hosting a large speedometer and rev counter, as well as a digital trip computer. 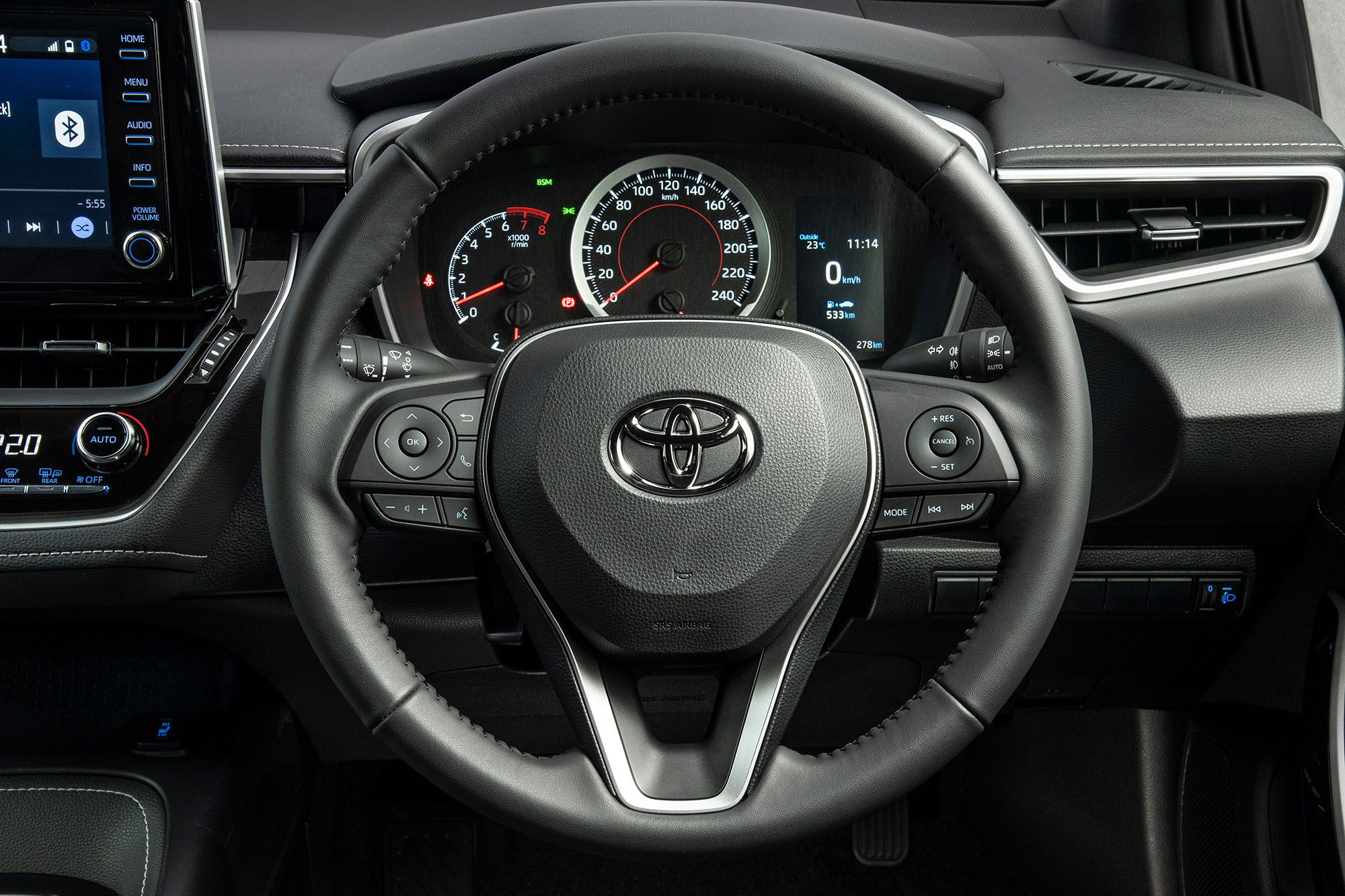 The large TFT colour screen controlling the infotainment system looks almost too big for the available space, but offers clear and intuitive access to a feature set that includes multispeaker audio, as well as Bluetooth hands-free telephony and audio streaming.

Surprisingly, satnav is not offered – not even as an added-cost option – while Apple CarPlay and Android Auto are another notable omissions. However, the rest of the standard equipment array is impressive, embracing almost everything the motoring heart could desire. 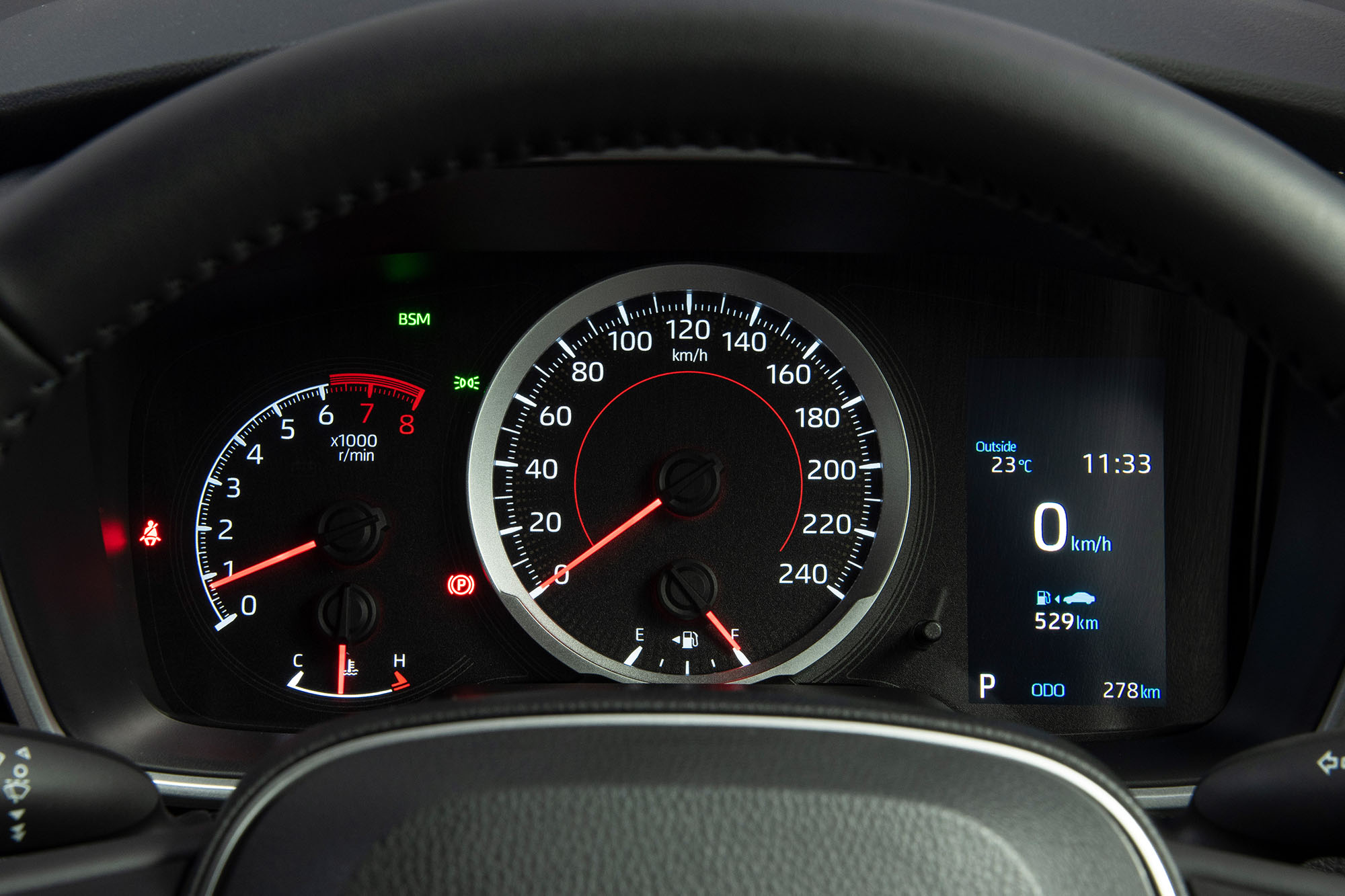 Does this new Corolla hatch have the dynamic sparkle to match its keen aesthetics? Well, yes and no. Riding on a new platform that’s lighter and stiffer, the newcomer is a cracker in handling terms.

It’s the kind of car you want to thread through the twisties simply because it’s so much fun to drive. Damping is nearly perfect, with just enough compliance to soak up dips and bumps while still providing the driver with clearly articulated feedback.

The steering is crisp, but never feels over-assisted, and loads up nicely when you’re threading your way through a series of corners. While the underlying trend still favours nose-wide understeer, the Corolla’s attitude remains reassuringly neutral in most situations.

The result is a near-perfect combination of ride refinement and confident road manners, ensuring that the hatch is hugely entertaining to drive. If anything, that chassis is crying out for more power. 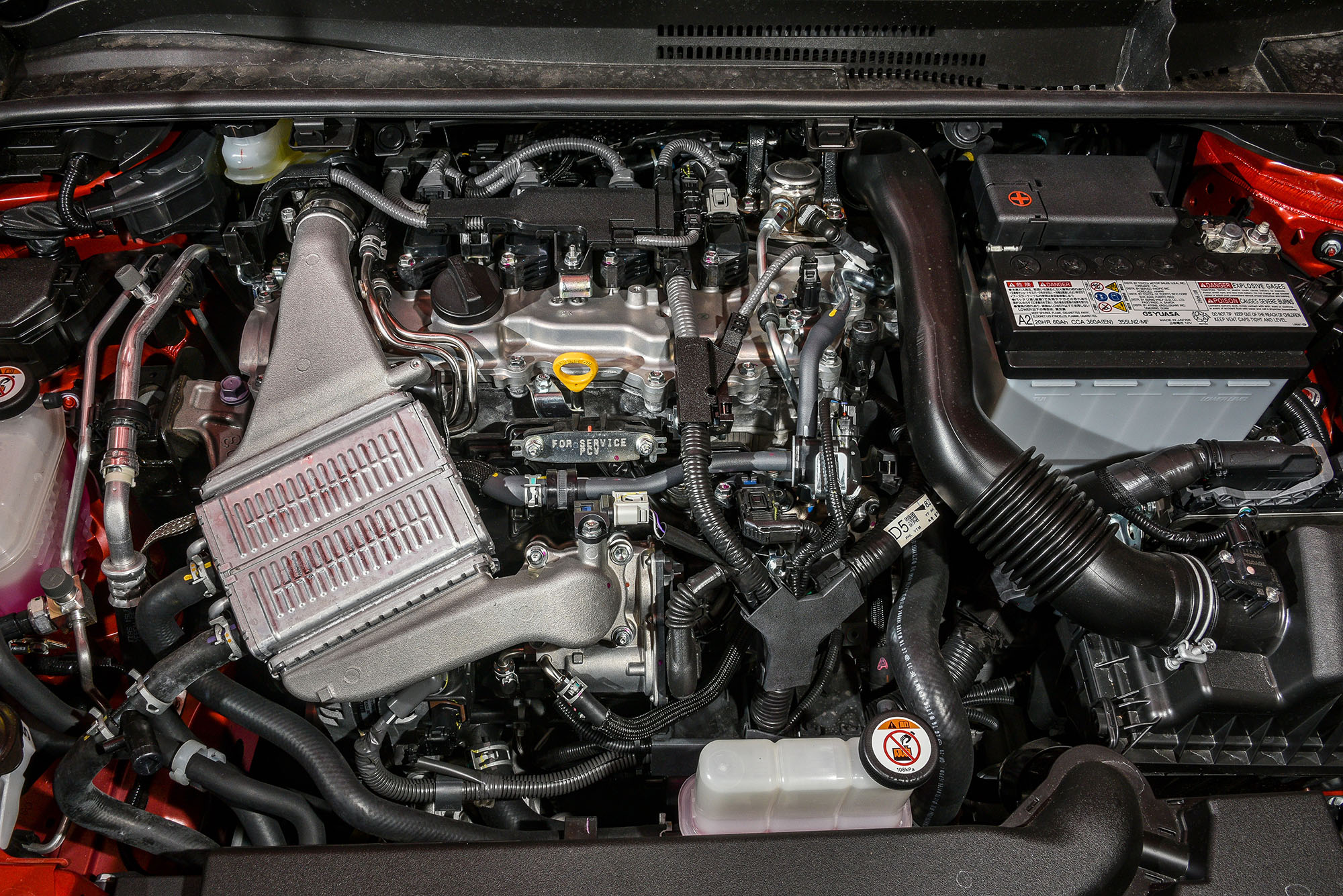 For now, the only engine on offer is the same 1.2-litre turbo four already on duty in the quirky Toyota CH-R crossover. On paper, it’s a modest little motor: 85kW and 185Nm don’t translate into tar-ripping performance.

However, it’s a willing mill, with an exceptionally wide torque band that keeps it on the boil in almost driving situations, while the turbo gets things up and running rapidly, without any lag to speak of.

Even though the power-to-weight ratio is below par, the Corolla always feels frisky and willing – and that despite it being coupled with a continuously variable transmission (CVT). It’s the same ‘box as the one fitted to the Lexus UX, but feels far better matched to the engine here. 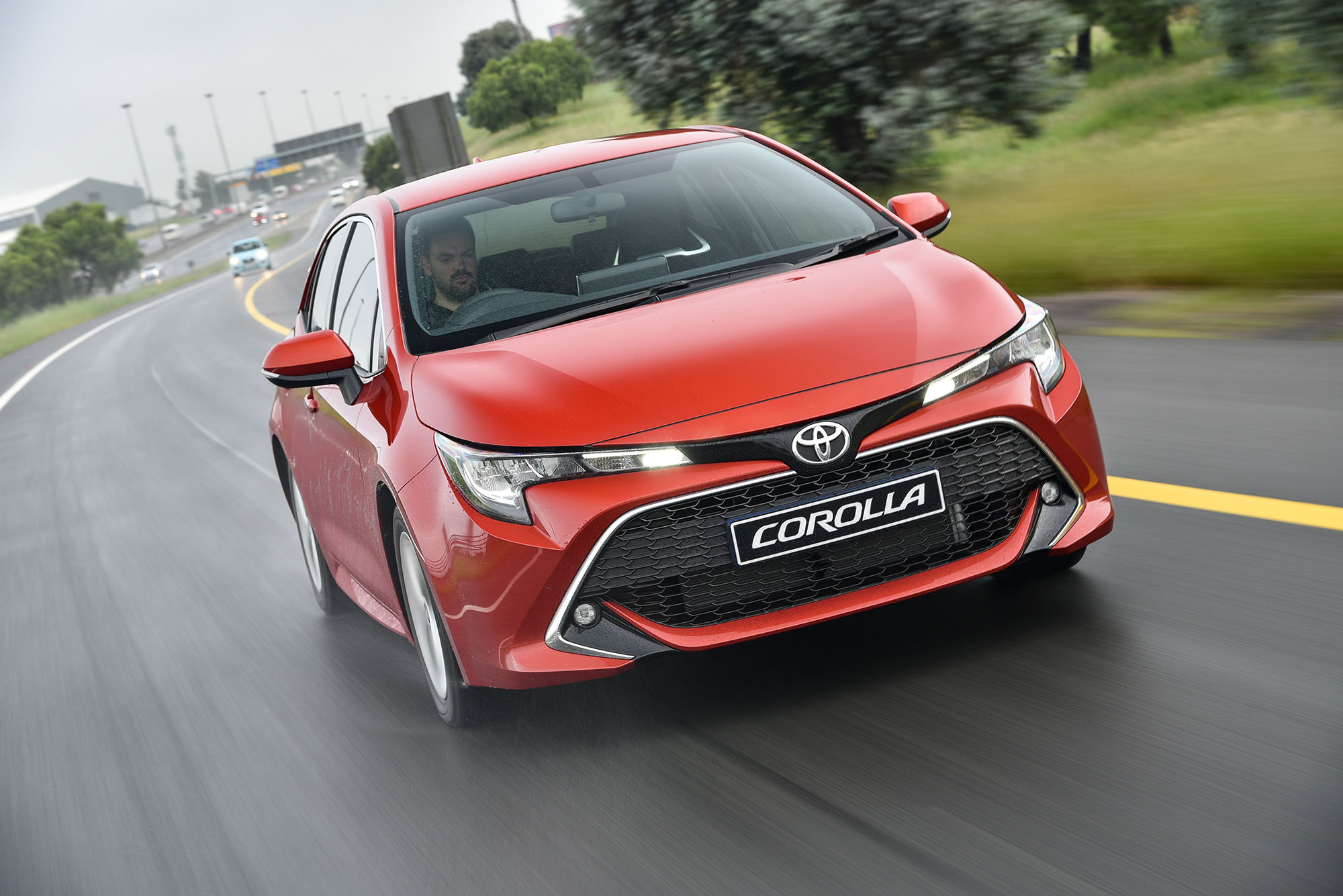 It’s certainly less obtrusive, and while a manual gearbox would be more involving (a six-speed stick shift can only be had in the entry-level XS version), the CVT makes for engage-and-forget motoring.

You can opt for manual override, but the result feels contrived, and the CVT does a better job when left to go about its business without driver intervention.

The new Toyota Corolla hatchback is a revelation in a segment not short of classy contenders. It’s right up there with the best in refinement and tactile quality terms, while pricing is pretty much on par for the hatchback course.

It’s a spirited performer too, with plenty of low-down brio and decent midrange punch. That it shines as brightly as it does in handling terms suggests that adding a performance model to the range can only be a matter of time. 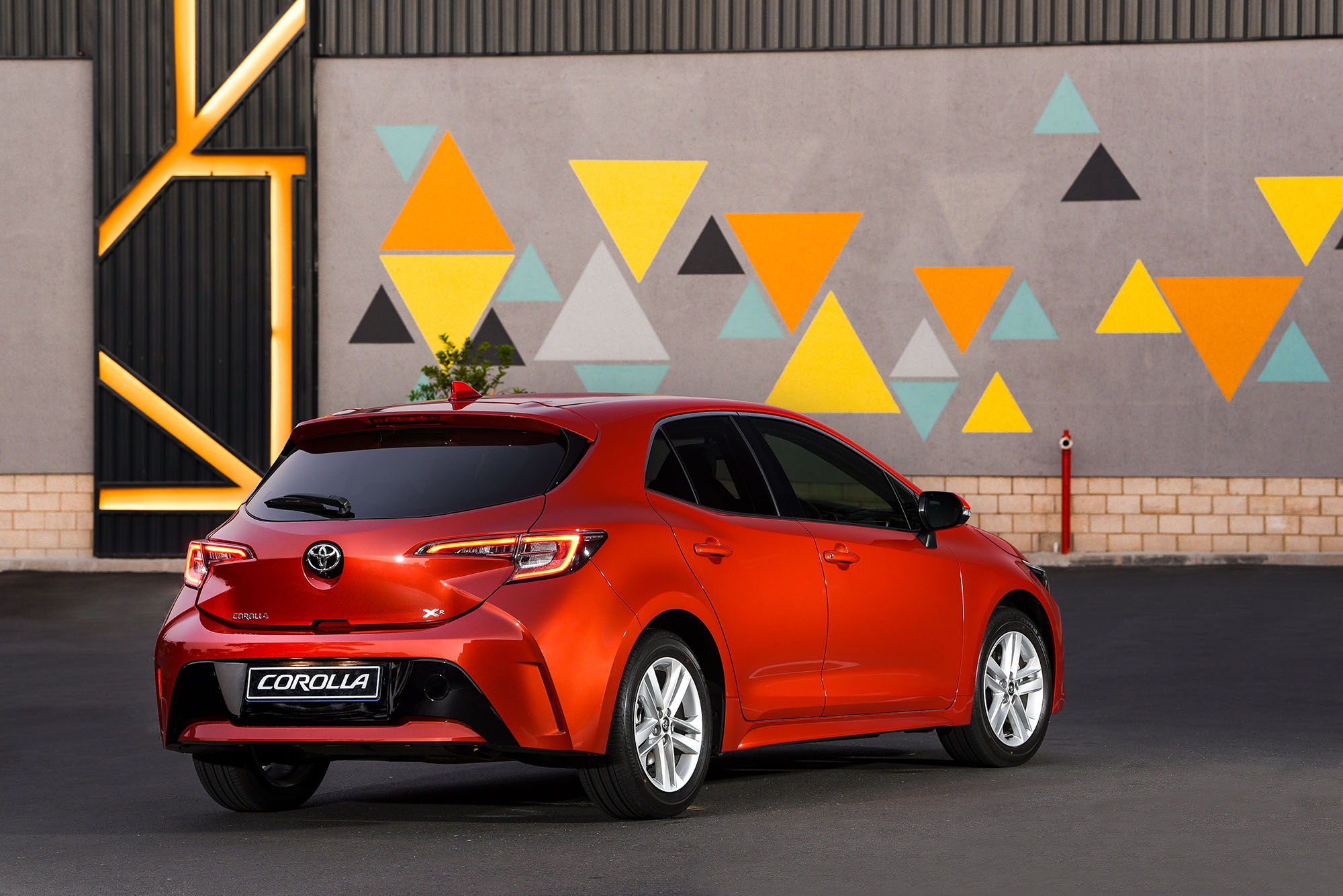 You can also expect a new Corolla sedan based on the same platform, and with equally progressive styling, to make its local appearance sometime next year. But for now, the hatchback Corolla certainly steals the march on its four-door stablemate.

Small boot apart, Toyota’s newest hatchback not only seems set to be one of its best to date, but may well change the way people consider the Japanese marque. DM