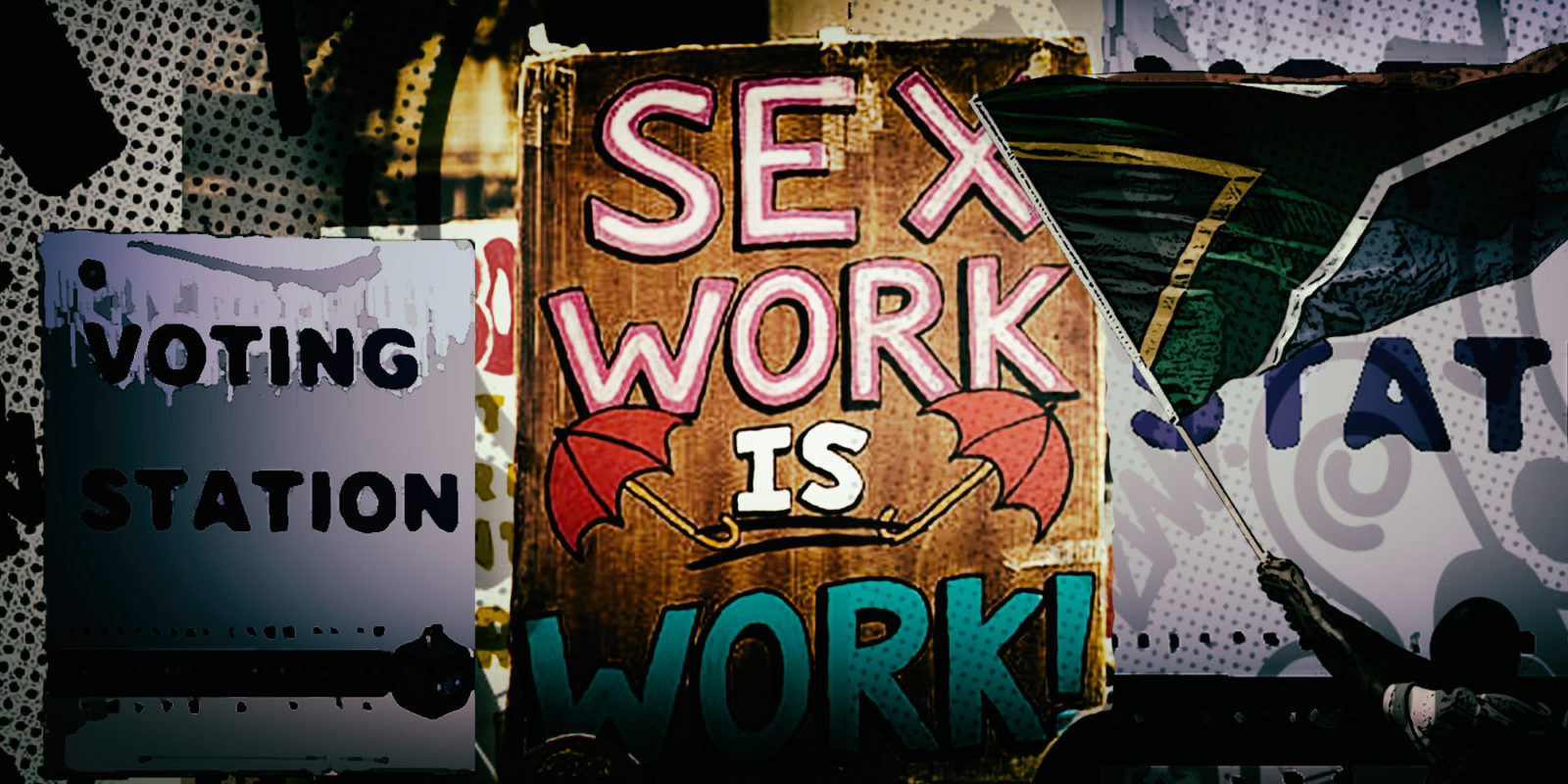 What do the three biggest political parties manifestos have in common? They all say something about gender and making the lives of vulnerable men and women safer. After all, South Africa has high levels of violence against women and other vulnerable groups. Sex workers are vulnerable because the industry is currently criminalised. The criminalisation of sex work makes it difficult for sex workers to report many of the human rights violations they endure, ranging from harassment from communities and police officers.

On the topic of gender, the ANC “believes in a multisectoral approach that responds to the need to step up the fight against gender-based violence”. For the ANC this would include a number of things, one of them being to “capacitate and equip the police and the court system to support survivors of gender-based violence and sexual assault”.

At the ANC’s 54th national elective conference in 2017, the party resolved to decriminalise sex work. But the party’s manifesto says nothing about addressing the needs of sex workers as a means to fight gender-based violence.

The silence on sex work is a “clear lack of commitment to sex worker’s rights” says Ishtar Lakhani, the advocacy manager at the Sex Workers Education and Advocacy Taskforce (SWEAT).

In 2018 the Multi-Party Women’s Caucus arranged a summit so that interested parties could comment on the South African Law Reform’s report on “adult prostitution”. The report recommended two things: that sex work remains criminalised or that it is partially criminalised. The recommendations of this report left many sex work advocacy groups disappointed.  At that summit, EFF was in full support of the decriminalisation of sex work.

However, in the EFF manifesto, it promises to “legalise sex work”. “A lot of people who aren’t sex workers often mix up the terms,” says Lakhani.

Criminalising sex work makes sex workers even more vulnerable. What it also does is contribute to the stigma. Stigma means that sex workers are ill-treated by healthcare workers, community members, and police officers. A clear example of this is when Tim Osrin physically assaulted Cynthia Jona, a black domestic worker who was on her way to work because he thought she was a sex worker. Several weeks ago a police officer appeared in the Bellville Magistrate Court for allegedly raping a sex worker.

In a 2013 Commission of Gender Equality report on sex work, they wrote that “the current legal regime harms the interests of sex workers by denying them their human and constitutional rights to protection as well as preventing access to legal assistance and enjoyment of their labour rights. However, the current legal context has led to harassment and abuse of sex workers at the hands of the police”.

Instead of having a firm stance on whether sex work should remain criminalised or not, the DA says that they are interested in “exploring possible legal models around sex work and adopting an alternative legal framework that will reduce exploitation, abuse, and rape of young women and men”.

Lakhani says that the DA’s choice of “vagueness” is “convenient to them”.

“If they were interested in reducing exploitation (of sex workers) they would support decriminalisation,” adds Lakhani.

However, Lakhani notes that a “huge win” is that many parties have moved from using the word prostitution, which is considered derogatory, to using the term “sex work”. But it was also worth noting that ending gender inequality cannot happen without addressing the needs of sex workers. DM