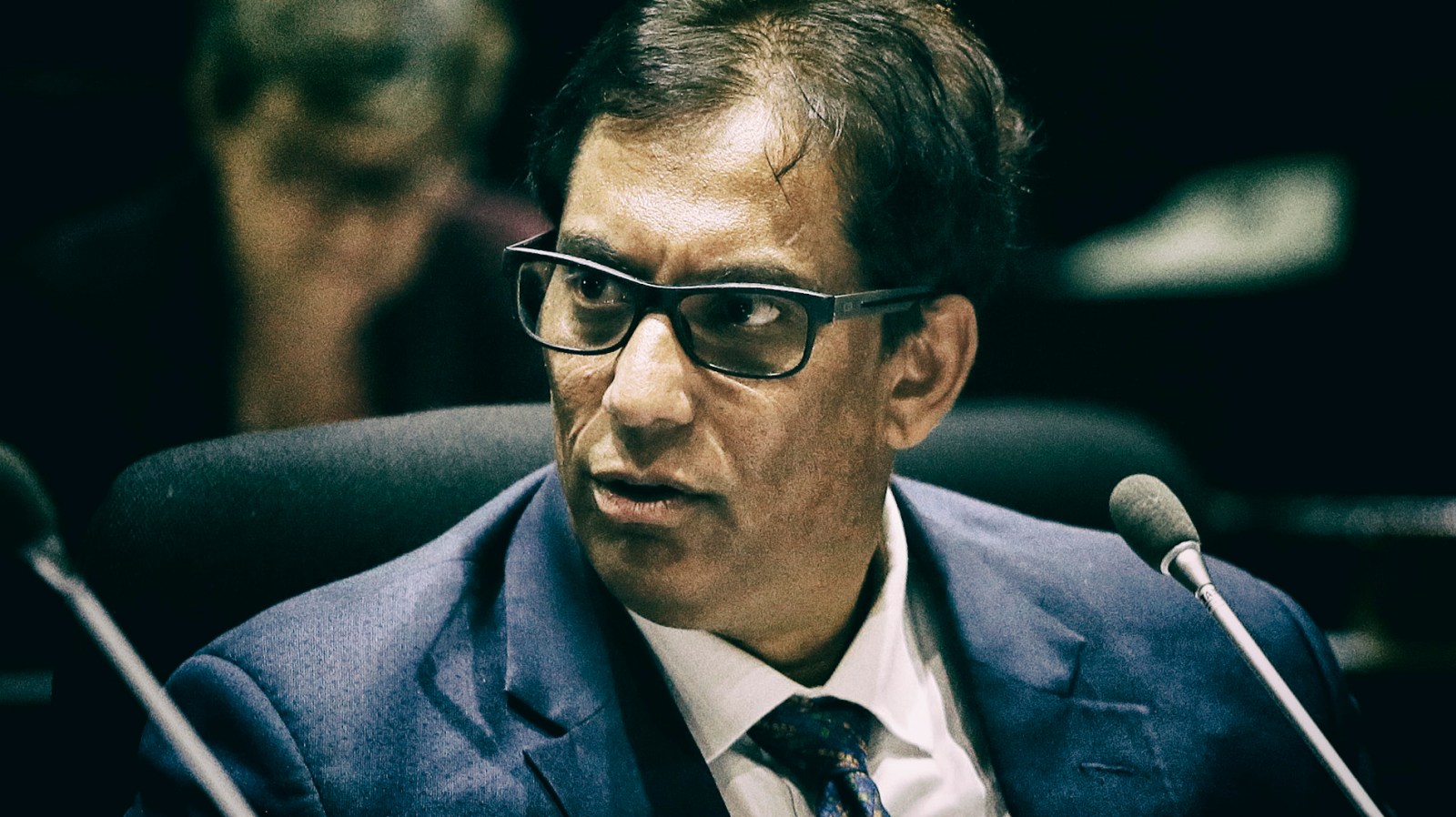 Chairperson of media group Independent Media and the head of Sekunjalo, Iqbal Survé, moments before giving evidence during the Judicial Commission of Inquiry into the Public Investment Corporation on Tuesday, 2 April 2019. (Photo by Gallo Images / Phill Magakoe)

Independent Media chairman Iqbal Survé claims his Sekunjanlo Investments wanted to take over the PIC’s exposure to the struggling newspaper group to protect pensioners’ investments, but he said Deputy Finance Minister Mondli Gungubele got in the way.

Sekunjalo Investments might owe as much as R1.5-billion to the Public Investment Corporation (PIC) for the 2013 purchase of Independent Media, but according to Sekunjalo chairman Iqbal Survé the asset manager rejected a deal that would have seen Sekunjalo take over its exposure to the struggling newspaper company.

Survé, who was testifying for the second day at the PIC Inquiry in Pretoria on Wednesday, blamed Deputy Finance Minister and PIC chair Mondli Gungubele for the PIC rejecting the deal, which he said was meant to save pensioners’ money.

The PIC Inquiry was established by President Cyril Ramaphosa to investigate allegations of impropriety at the R2-trillion asset manager. The PIC’s main client is the Government Employees Pension Fund (GEPF).

Sekunjalo acquired Independent Media in 2013 with R1-billion backing from the PIC and a similar amount from Chinese investors. Survé said R150-million was immediately paid back to the PIC.

At the end of September 2018, after interest was added, Sekunjalo owed R1.35-billion to the PIC for Independent Media, the inquiry heard. The company has not been servicing its debt and, with a penalty interest fee added, Sekunjalo may owe as much as R1.5-billion, said commissioner Gill Marcus.

Survé said the PIC had agreed to a deal that would have seen Sekunjalo take over all of the PIC’s exposure to the media group while keeping its stake in the company. That deal was then cancelled by the PIC and attempts to discuss recapitalisation have failed for political reasons, Survé claimed.

He said ANC National Executive Committee members at the party’s 8 January 2019 breakfast told him Gungubele wanted to destroy companies linked to Survé. He said he was told that Gungubele, who has resigned but is still PIC chairman while a new board is being appointed, wanted to “crush Independent Media. He will crush Ayo [Technology Solutions] and he will crush Sekunjalo”.

“I understand the chairman of the PIC is hostile to myself and I don’t know why, and he doesn’t want to meet and we’ve requested to the acting CEO formally in writing for these meetings and they have not responded to us at all,” said Survé.

Inquiry evidence leader Advocate Jannie Lubbe read an affidavit from a PIC lawyer who worked on the proposed terms for Sekunjalo to settle its debt for Independent Media. She said the PIC sent their terms to Sekunjalo, which then changed and returned them. It was clear the parties couldn’t agree on the deal, said Lubbe.

Gungubele and Survé have clashed before. Regarding the PIC’s R4.3-billion 2017 investment in Ayo Technologies, linked to Survé, Gungubele told the inquiry: “The Ayo transaction completely and blatantly flouted PIC governance and approval processes.”

Gungubele has faced questions over his role as PIC chair while a number of controversial investment decisions were made.

“When people mix politics with business it’s very sad, when people use state institutions, and I’m referring to CIPC, it is sad,” Survé told the inquiry.

Multiple witnesses have questioned the value in the Ayo investment, which has been shown to have violated PIC processes. Independent Media, however, has claimed in a report that Gungubele instructed the CIPC to get the PIC to recover the R4.3-billion.

The PIC Inquiry has heard testimony on how Survé allegedly enjoyed access to the asset manager’s executives and how former CEO Dan Matjila wanted to push through the Ayo deal and a later R3-billion investment in Sagarmatha Technologies, which did not materialise, despite criticism that they were overpriced and offered little value.

Survé has described himself at the commission as a pioneer of transformation and his businesses as vital for the country’s future.

Apparently ever conscious of his own image, he believes public criticism spiked and he was denied investments from fund managers when he decided to buy the newspaper company.

Asked why fund managers other than the PIC, even black fund managers, rarely back his ventures, Survé retreated to a key theme: “Maybe I’m too forthright in my views; maybe I’m too much of a champion for transformation.”

He described Independent Media’s newspapers as the most credible and objective in the country and said its titles repeatedly resisted pressure to take political sides.

Survé has on multiple occasions been accused of editorial interference. Independent’s titles have put Survé’s vast claims to personal achievements on a pedestal and given prominent and uncritical coverage to his business ventures, such as the proposed listing of Sagarmatha. Such coverage has been criticised as attempts to win support for dubious deals.

He said Independent Media is currently only surviving due to financial assistance from Sekunjalo and he wants to discuss a recapitalisation plan with the PIC.

The PIC Inquiry will resume on 8 April. Its final report is due to be completed on 31 July 2019 after Ramaphosa recently extended the deadline. DM