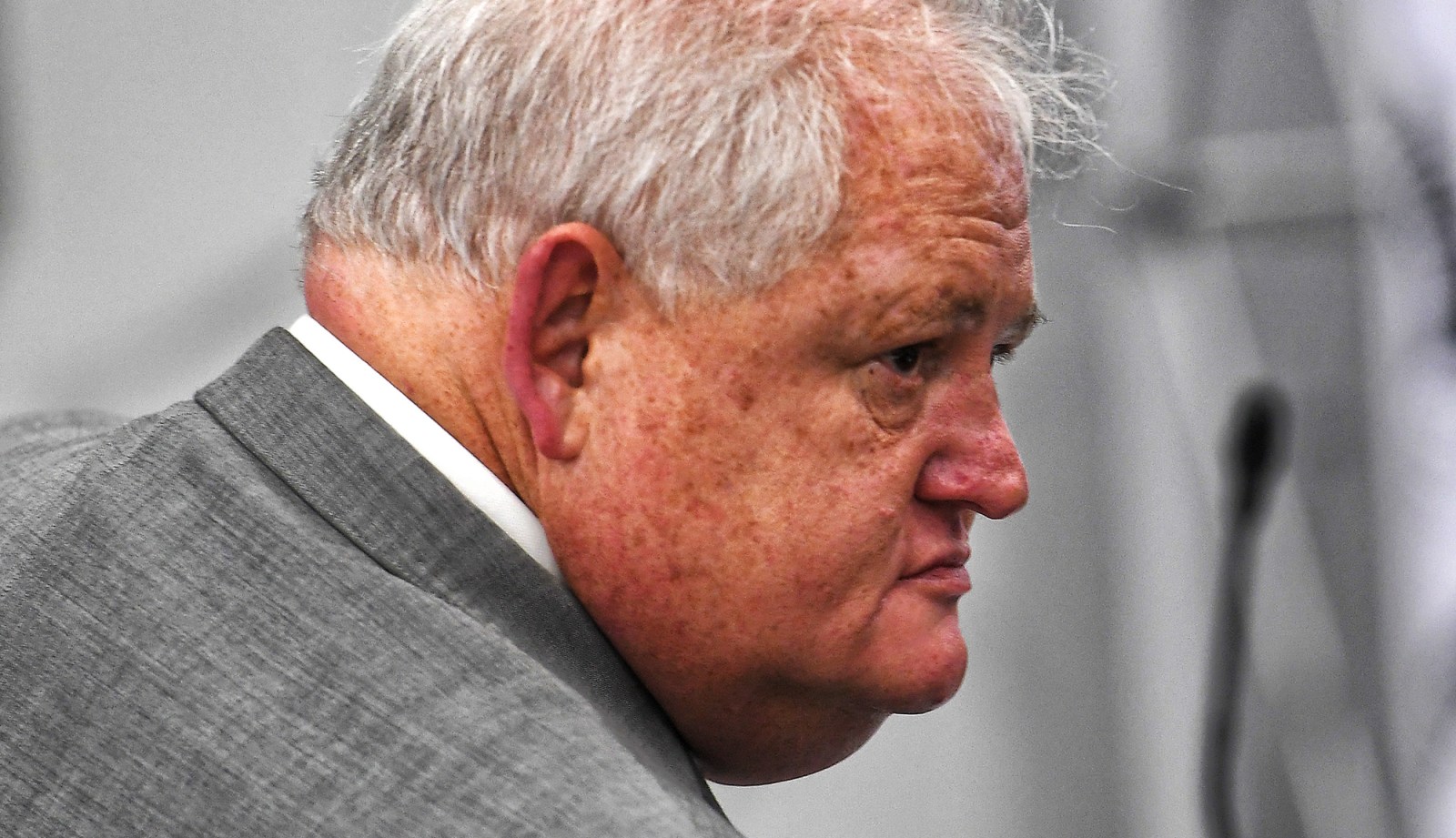 A senior prosecutor, Marijke De Kock, warned against leaks and adopted extra measures to protect the Bosasa docket. Instead, she was labelled ‘crazy or paranoid’ while the company’s bosses allegedly paid off bigwigs for copies of her official status reports, memos and draft charge sheets.

An email boldly flagged “confidential” was sent to a select few at the National Prosecuting Authority for the ultimate attention of former acting National Director of Public Prosecutions, Nomgcobo Jiba.

This 8 August 2013 mail by a prosecutor, Marijke De Kock, had three attachments, one of which contained the names of 27 “provisional” accused in the Bosasa case – it included Gavin Watson and Angelo Agrizzi and the two former Correctional Services bigwigs on their payroll, Patrick Gillingham and Linda Mti.

Her mail to her line manager also provided a detailed wrap of the status of the case, a preliminary racketeering memo and a draft charge sheet for Bosasa Inc kingpins.

De Kock testified at the State Capture Commission on Tuesday afternoon when she said she had mailed the documents to her boss so he could send to Jiba who had “requested” it.

It contained sensitive information about the Bosasa case with De Kock noting in her accompanying email that she had previously raised “security concerns” about the Bosasa documents with him.

In 2013 there was only suspicion that Bosasa was paying kickbacks to help stave off a criminal prosecution – testimony before the Commission thus far takes this mission all the way to Nkandla, the residence of former President Jacob Zuma, as Watson had allegedly believed he could influence Zuma into appointing a more suitable prosecutions boss.

In that email, De Kock warned that the investigation remained in progress, that there was outstanding electronic evidence and further statements to be taken and cautioned that the number of racketeering charges could double eventually.

This email with the attachments is among a batch of 17 Hawks and NPA documents that later landed up with Bosasa and which have since been handed to the Commission by Agrizzi.

De Kock told the Commission that the material handed in by Agrizzi was indeed extracts, provisional or preliminary documents drafted by her and sent to higher-ups.

This “big mandate” case had drawn much attention over the years and she had often been asked to compile reports, so there was a myriad documents that could have been leaked. The documents, which have now surfaced at the State Capture Commission courtesy of Agrizzi, was no random set – they contained enough of the right kind of information to help the accused to mount a defence against charges and harm the investigation and ultimately, prosecution, De Kock said.

It was unlawful, she said, for anyone outside the NPA to have had access to them.

A criminal investigation was triggered by a 2009 report by the Special Investigating Unit (SIU) into four dirty deals Bosasa had landed at the Department of Correctional Services. The case gathered dust and the first arrests were made in February when Agrizzi and his cohorts were suddenly nabbed for the decade-old case.

Agrizzi testified that Bosasa had paid at least R130,000 a month to Mti, allegedly for distribution to Jiba, special director, Lawrence Mrwebi, and a now-suspended secretary, Jackie Lepinka.

Jiba, who recently appeared at the Mokgoro Commission into whether she is fit to hold office, has denied getting payments from Bosasa.

While De Kock said she has at times been labelled “crazy or paranoid” over her tendency to guard her paper trail of evidence, she knew she had to protect her docket. She said that at one stage one of her investigators told her that some of their documents were being leaked.

She asked if he was leaking information because she knew she had not.

They knew there was little they could do about it but then put in place extra measures to safeguard against the leaks – it didn’t work.

De Kock only recently got access to the NPA documents handed to the Commission by Agrizzi. Among them is a document with the number 017514 at the top of the page.

De Kock testified that she was pulled off the Bosasa case in February 2016 and was asked for a handover report.

Having been on the case for six years, she had extensive notes which she then packaged along with the necessary files, and indexed. The nr 017514 was part of her indexing system for the handover.

She realised that one of the documents provided by Agrizzi had been copied from her handover material as it contained the same indexing reference.

She then asked experts to retrieve her old documents from mimecast and realised that Agrizzi’s copy was “identical” to hers.

While there has been no suggestion of wrongdoing on the part of De Kock, there have been questions raised about her management of the case.

She took it over in 2010 after former National Director of Public Prosecutions, Menzi Simelane, instructed her predecessor, Glynnis Breytenbach, to “withdraw” from the Bosasa case.

The pile of documents which Agrizzi claimed Bosasa had bought from crooked NPA officials included a November 2010 briefing document De Kock had compiled for Simelane a few months after his appointment.

In that early stage of her involvement in the case, she had flagged gaps in the SIU’s investigation – a picture that drastically changed by the time she sent the August 2013 update for Jiba’s attention and which ended up in the hands of Bosasa.

But, in the letter to Simelane, De Kock wrote:

“The SIU report appeared to have been drafted in a careless and almost casual fashion. The lack of accuracy and precision with the drafting of the report will give ample opportunity to those seeking to fault it.”

Ironically, the findings of the SIU investigation were damning enough to send the Bosasa bosses into overdrive as they started lobbying and, in some cases, buying politicians and connected individuals to help them in their fightback. DM

The commission resumes on Friday.