ANC’s election candidates list: Ground Zero in the fight for the future of SA’s ruling party 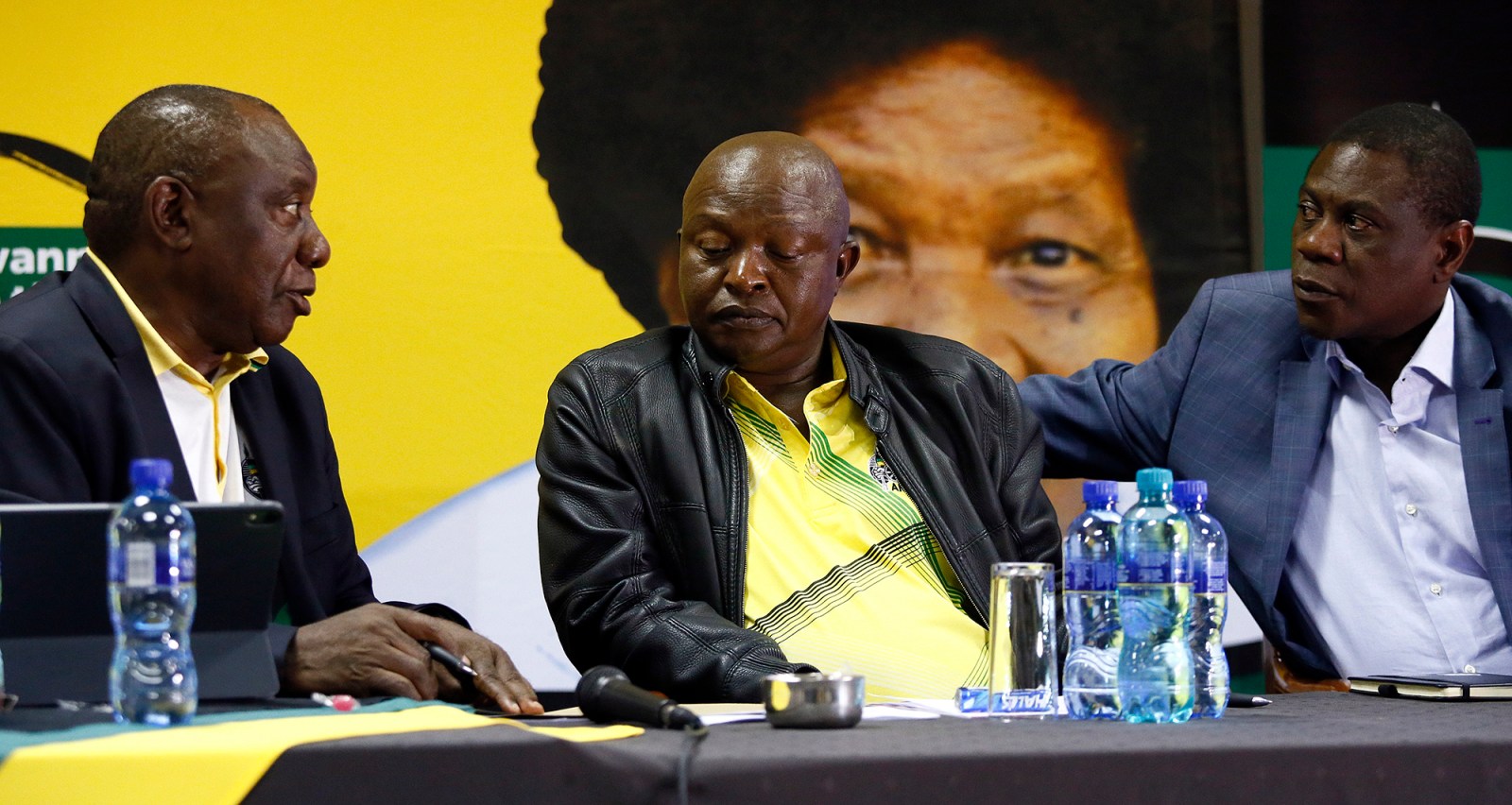 The NEC’s referral of the ANC’s election candidates list to the party’s Integrity Commission is simply kicking for touch and aimed at delaying this faithful fight for the future of the ruling party to after the election.

There now appears to be clear evidence that the process of deciding who will represent the ANC in Parliament and elsewhere has caused serious divisions in the party.

In short, this must be the biggest fight and biggest test of strength between the factions since the culmination of Nasrec in December 2017. It is a battle that is happening both under the radar and in plain sight. The reason for this is that the spoils are not only massive but also life-affirming. It is a fight, in some ways, for the soul of the next government of South Africa and the direction the country will take in the coming years. As a result, there is no easy, or simple, resolution in sight. It’s a fight the ANC can ill-afford to have; the longer it goes on, the less energy is spent on the campaign trail and the less prepared it will be to form a government after the election.

On Monday the ANC’s national executive committee held a special meeting. It was made public beforehand by the party’s elections organiser Fikile Mbalula that one of the topics would be the list of candidates. That list had led to much discussion in society, as various elements strongly criticised many of those who were on it. The inclusion of, among others, Nomvula Mokonyane, Bathabile Dlamini, Malusi Gigaba and Mosebenzi Zwane, despite the serious and public claims against them, led to widespread outrage.

The ANC’s ultimate victory in the national election does not appear to be in doubt, but recent polling indicates that its control of Gauteng could be in jeopardy. This fight is really about the balance of power in the party – if the list of candidates is supportive of President Cyril Ramaphosa, he will be able to continue with his clean-up campaign, if it goes against him, he will find himself constrained both by the ANC’s caucus in the National Assembly and severely limited choices in naming his Cabinet.

On Tuesday afternoon, the party released a statement on the outcome of the meeting. It stated, among things, that the “NEC meeting reaffirmed its confidence in the process” that produced the ANC lists of candidates for national and provincial government. It dismissed the “unfounded allegations” that the lists were tampered with, stated that ANC branches had been involved in drawing up of the list, and gave detail on the list process.

But in perhaps the most important section, NEC statement said the party had “listened to the people, when they said our public representative candidates must reflect this spirit of renewal and integrity. As a further measure, therefore, the NEC has referred its lists in their totality, to its Integrity Commission for review, within the ambit of the List Guidelines, the rules of natural justice, and the 54th Conference resolutions”.

To paraphrase, the entire issue is now being kicked to the Integrity Commission. It’s a compromise that belies the party’s state of deep division.

The decision itself provides clues to the dynamics at play within the party.

It is rational to think that a party under electoral pressure, facing arguably the most highly contested elections since 1994, would ensure that its list of candidates would be attractive to voters. In a perfect world, the party is united, and submits a list of candidates such as this to an Integrity Committee (if there were doubts about their character) before making it public and lodging it with the Electoral Commission.

This leads to questions about why a special NEC meeting was necessary to discuss the list, especially when it had already been in charge of the process to determine that list. Bluntly, if the NEC was happy with the list that it submitted to the IEC just three weeks ago, why did it have to have a meeting to discuss the same list?

Since ANC Secretary-General Ace Magashule submitted the list in Midrand, the outcry has been perhaps bigger than some in the ANC expected. At the same time, there has been a concerted and consistent campaign by some in the ANC to keep this issue in the public domain. The Elders, a group of former ANC leaders of the party, have been particularly vociferous.

Instead of their full-blooded support for their party ahead of an election, they have gone public in their condemnation. This perhaps culminated in a comment by Mavuso Msimang who told Radio 702 on Wednesday that he would find it difficult to vote for the ANC if people on the list could end up in Cabinet.

This group of elders, along with others, appear to have succeeded in convincing some people in the NEC that this list could cost the party votes. They may also have been able to show that they were not going to stop with their campaign, and that they were prepared to continue all the way to the polls themselves.

This may have then given space for one of the more important dynamics of this election to go into operation.

There is evidence to show that the most significant personality of this election is Ramaphosa himself. It appears that he is more popular than the ANC (the first ANC leader to be in this position since Nelson Mandela himself). It is not so much about just his own position and personality, but what he represents to voters; hope, and proof, that the ANC can renew itself. This means that what may have happened is that some of those in the middle ground in the NEC between the factions may have moved across to his side on the list issue.

For some people the choice may well be fairly stark – if they don’t give some ground on the list, the ANC is in danger of suffering a significant loss of support. This is eerily familiar.

In the run-up to Nasrec, there was much speculation about whether Nkosazana Dlamini Zuma, as the symbol of the faction opposed to Ramaphosa, would be able to win a national election. This same dynamic may be coming to Ramaphosa’s aid again.

However, the more important question is, of course, what now?

The ANC’s Integrity Commission has not actually made any politically significant decision since it was formed. That may be a harsh criticism of its members, but it has been constrained by a provision that it needs to act at the behest of the ANC (that provision was itself a compromise at Nasrec). In the ANC, as in other parties, discipline is political.

It seems unlikely that the commission has the capacity to make a decision on any of the important cases that the candidates’ list brings up, let alone a large number of cases, in time for 8 May – even on an objective basis some of these cases can be hard to determine. Should Mokonyane be taken off the list because of public testimony by former Bosasa COO Angelo Agrizzi? Even if she faces no formal charges? If she were removed, would she have the legal right to challenge that in court? What if she won?

And that is just one case. Never mind the cases around Dlamini and others.

This suggests that it is unlikely there will be any significant action on the list before the election. Even if the Integrity Commission could act in time, the list has been submitted to the IEC.

This moves the main political action here to what happens immediately after the election. More and more, it seems, we are likely to see a very real tussle within the ANC when it comes to the final determination of who goes to Parliament, and who goes to Cabinet.

The voting day, accordingly, appears not to be the end of the beginning, but more like a beginning of an end. Will it be the end of Zuma’s influence, Ramaphosa’s power, or South Africa itself? Only one way to find out. DM