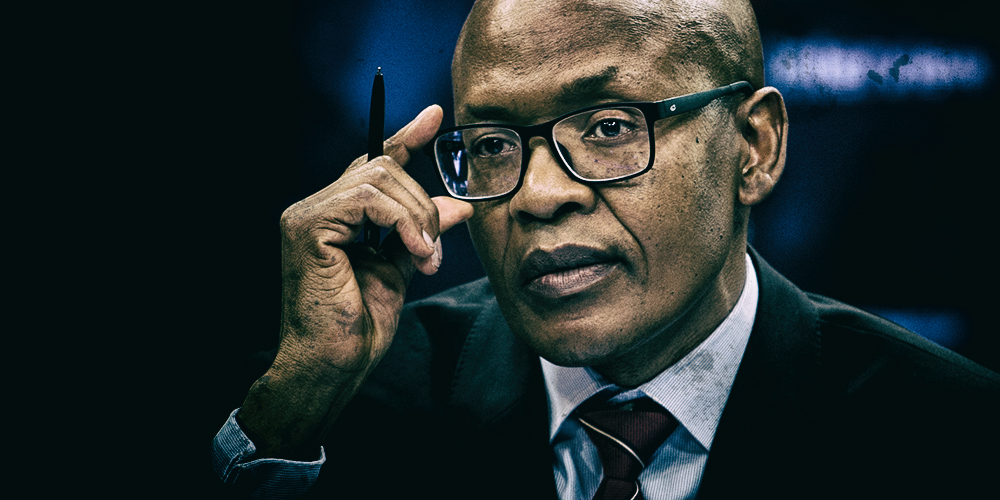 The New Age and ANN7 proprietor Mzwanele Manyi during the announcement on the shareholding of his company Lodidox on August 30, 2017 in Johannesburg, South Africa. (Photo by Gallo Images / Beeld / Wikus de Wet)

There are some curious parallels and shared policies among the small parties. The ACDP meets the ZACP on free markets. The Freedom Front Plus and Al Jama-ah share concerns over ‘minorities’, but part way with Muslims bowing in one direction, and Afrikaners fighting back in another direction. It makes you wonder why they all can’t get along.

At the time of publication, we are about six weeks from the next general election. It is squeaky bum time (and some of us are still holding out for the moveable feast that is St Totteringham’s Day)…

Nonetheless, apart from those who swear eternal loyalty to a particular political party or movement — and who believe the battle of ideas has been won — there are, to be sure, still those among us who may need to be convinced about whom to vote for on 8 May. There are 48 political parties to choose from. The further away from the ruling party and the official opposition you move, down there among the small parties, it gets rowdier and confusing.

If voting trends of the past 25 years are anything to go by, the ANC and DA could collect as much as 80% of the vote, and thereby establish a solid middle ground. Also based on the 2014 election, we can expect less than half of the parties contesting the election to make it to Parliament. In the 2014 election, there were about 25 million (25,388,082) registered voters. About 18.5 million people voted (18,654,771) for the 29 political parties which contested the elections, and less than half of those parties (13) went to Parliament. The ANC and DA received 84.35% of the vote. There is little chance of that bloc falling to below, say, 70%.

What, then, about the small parties? What, actually, can we expect if, say, the Al Jama-ah party, The South African Capitalist Party (ZACP) or the African Christian Democratic Party (they provide a “biblical voters’ guide” you know) the Economic Freedom Fighters (EFF), or the Socialist Revolutionary Worker’s Party (they have a Facebook page) come to power? What are the things that bring them together, or push them apart?

A very quick scan of the small political parties — the new and the old — shows a slight retreat into identity-based politics (most prominently, Women Forward); unabashed 20th-century ideological movements (revolutionaries who missed the subtext of the film Goodbye Lenin! and at least one party that will campaign nationally around the issue of papgeld. No, really. The South African Maintenance and Estate Beneficiaries Association (Sameba) are registered to contest the election on 8 May. One of the trusses that keep the Sameba platform up is made of two main elements; child maintenance and beneficiaries of estates. They even contested the recent local government elections in KwaZulu-Natal, but failed to get a penny of support. Okay, that was a cheap shot. We should not minimise the importance of child support.

There is a slight increase in identity politics. The children of Abraham (well, excluding the Jews), are represented by the ACDP, the Christian Political Movement and (I think) the International Revelation Congress (they also have a Facebook page), which are there for, well, the Christians. Al Jama-ah is doing it for the South African branch of the Umma.

There are some curious parallels and shared policies among some of the small parties. The ACDP meet the ZACP around free market fundamentalism. The Freedom Front Plus (FF+) and Al Jama-ah share concerns over “minorities”, but part ways with Muslims going in one direction, and Afrikaners fighting back in another direction. These two parties share a field with the Minority Front — whose most ambitious programme appears to be a global lobby to have affirmative action based on minorities and not “majorities”.

The revolutionaries are a curious bunch. In no particular order, there are the Socialist Revolutionary Worker’s Party (the ones with the Facebook page), the EFF, the People’s Revolutionary Movement, the Azanian People’s Organisation, the Pan Africanist Congress and the Black First Land First movement.

The revolutionaries remain inspired by socialism, communism, Marxism, Leninism and imaginaries of the former Soviet Union that are, well, illusory. They meet, also, around blackness, Africanness, nativism, authoritarianism and despotism, with touches of crypto-fascism and lightness of selective Fanonian thought.

While we have to accept that their intents are honourable, at least in their own minds (it’s hard to believe that Stalin woke up every morning thinking of himself as one of the worst butchers of the 20th century; he probably thought he was doing his country a lot of good) the revolutionaries have exploited poverty, misery, disaffection and alienation of millions of people into the perfect social basis for tyranny.

If one strips their rhetoric to its essence, we may find a black Africa identity that is not open to diversity, change or any social or cultural influences that are “non-African”. This is a veritable retreat into African exclusivity and continental autarchy. In a throw-back to the pre-1960 nostalgia, the PAC remains loyal to the idea of the “total liberation by Africans to Africans and (declines) any collaboration with the settler”.

Azapo also professes a position on “total emancipation” of black people. What is curious is that Azapo, the PAC, the ANC and the EFF each has its own definition of who is or is not black. The PAC remains African liberation luvvies, Azapo just wants to be black and left alone, and the EFF seems to be making things up as they go along — as long as nobody touches the eternal validity of their superior logic.

Splinters and shavings off the old block

Many of the small parties are splinters, offcuts or shavings off the old Alliance block. The African Transformation Movement (notably Jimmy Manyi), the African Content Movement (Hlaudi Motsoeneng), Congress of the People (Mosiuoa Lekota), the EFF (Julius Malema) and United Democratic Movement (Bantu Holomisa), have disaffection of the ruling party in common.

Andile Mngxitama is a second-phase splinter from the EFF — in a dramatic dash down Adderley Street — and formed the BLF, which now resembles a carbuncle in the gluteal fold of South African politics with its attendant unpleasantness and discomforts. You’re never quite sure whether to scratch or squeeze, but either way, there is a lot of nastiness around those parts. You just hold your cool and hope that it dries up and goes away. The problem, of course, is that carbuncles can re-appear at any time.

The PAC is, of course, the daddy of splinter groups. It broke away from the ANC in 1958, mainly because of the presence of “non-Africans” in the liberation movement, but couched its disagreements as resistance to a “betrayal of the struggle”. The fact is that it simply didn’t like the presence of “non-Africans” in the ranks of the liberation movement. Reality is other people, though. Especially those that will not vote for you.

In 2014, the PAC got less than half a percent (0.21%) of the vote and won a single seat in Parliament. Azapo got half of that (0.11%) with no seat. The Muslim party, Al Jama-ah (0.14%) and the Minority Front (0.12%) got more votes than Azapo. The ACDP received 0.57% of the vote. There are, it seems, more people who think that religion is a more powerful identity than Azapo’s idea of blackness, or the PAC’s Africanness. The evidence shows that the EFF, Azapo and the PAC (who are essentially Africanist) collectively received less than 7% of the vote in 2014. More people, it seems, are happy to be part of the world in the 21st century, than to circle the wagons.

We get to the point, then, when, if the past is anything to go by, the electorate will probably vote against narrow sectoral interests. The outcome will probably be determined by the limited appeal (at the polls) of identity politics.

Chances are that the majority of South Africans will converge on a broad centre (about 70% of the electorate) and vote for the ANC and DA. There remains, of course, the possibility that some of the parties may forge electoral alliances. DM