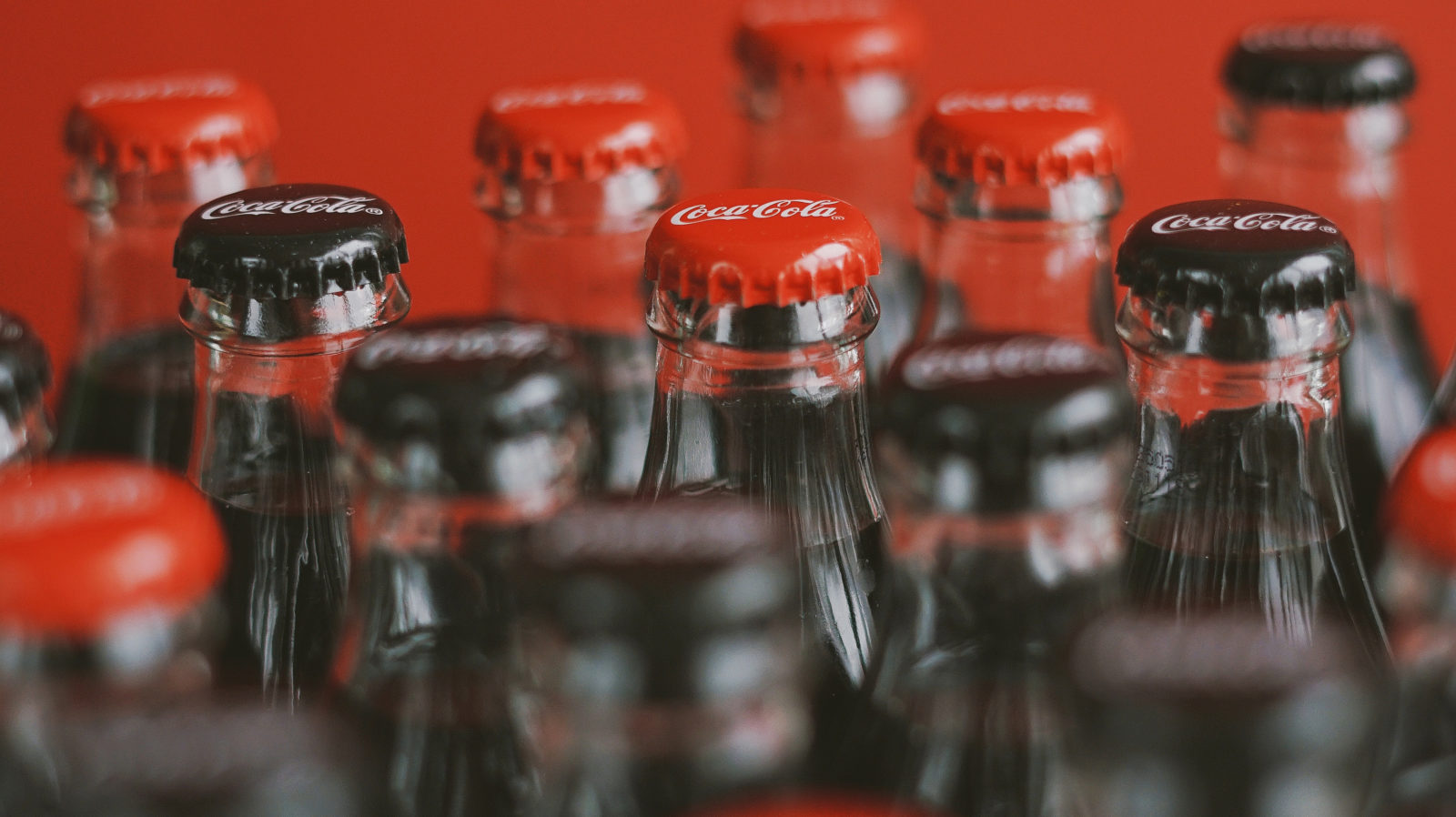 By its first anniversary today (1 April), the tax on sugary drinks has raised almost R3-bn. Coca-Cola says it has reduced the sugar levels of its drinks range by more than a quarter, irritating those who said the tax wouldn’t cut sugar consumption. But is the profit being used for health promotion? Could political parties rally against it after the election? PONTSHO PILANE AND AMY GREEN for Health-e News

South Africa’s sugar tax has generated a profit of R2.7-billion in a little under a year since it was implemented, according to the latest Treasury figures.

“The true motivation of the tax is not to refund, but to reduce the levels and consumption of sugar”.

If this is the standard, then South Africa is walking the talk, as the country’s biggest sweetened beverage manufacturer Coca-Cola has reported that it has reduced the sugar levels across its range of sweetened beverages by a quarter (26%). This is according to Department of Health Deputy Director-General Yogan Pillay.

“We can’t take that at face value, of course, so we will verify that with an independent audit not paid for by the private sector,” Pillay said.

On the anniversary of the tax, known formally as the Health Promotion Levy (HPL), Treasury has deemed it a “success”, according to national spokesperson Jabulane Mulambo. In addition to the revenue, he said that the implementation has gone “smoothly”.

In the run-up to the HPL’s introduction, public health experts called for this money to be specifically allocated, or ring-fenced, for obesity prevention initiatives in line with its “true motivation”.

But, explained Mulambo, the ring-fencing of any tax is against Treasury’s policies and money generated from the HPL goes into the National Revenue Fund to be used for general government expenditure, including health expenditure.

However, the Treasury did allocate about R50-million to the Department of Health for “health promotion” interventions in early 2018. According to Pillay, the majority of this has gone towards the department’s cancer campaign and most agree that this amount pales in comparison to what is needed.

While sugar is responsible for some cancers, the tax was introduced to deter South Africans from buying and drinking sugary drinks in an attempt to decrease obesity-related illnesses, such as type 2 diabetes and strokes. According to 2016 World Health Organisation figures, almost a third (28%) of adult South Africans are obese.

“The implementation of the HPL is the first step in addressing the contributing factors to obesity and non-communicable diseases,” said Mulambo. “There are other food items that are consumed frequently and in large amounts that play a role in obesity. The health department will be doing further work through the dietary intake study to guide future interventions.”

The tax came into effect on 1 April 2018 and it will increase marginally from its first anniversary to “avoid an erosion” caused by inflation, Finance Minister Tito Mboweni announced in his Budget speech.

Activists in support of the levy say it will yield the same results as levies introduced on tobacco. “(Tobacco taxes) have systematically reduced smoking, the HPL can contribute to healthier lifestyles especially… The cost to the country is far higher than the yield from the tax and more needs to be done,” said Russell Rensburg, Director of the Rural Health Advocacy Project.

The HPL increases from 2.1c to 2.21c for every gram of sugar per 100ml, with the first four grams of sugar — about one teaspoon of granulated sugar — still exempt from taxation. For example, the first three teaspoons of a 33oml can of Coke — which contains just above eight teaspoons of sugar — are not taxed. The remaining five teaspoons are taxed at a rate of 2.21c per gram.

But the South African Canegrowers Association recently claimed that the tax has cost the industry R925-million during the 2018-19 financial year. In February, the Democratic Alliance also claimed that more than 1,000 jobs had already been lost due to the levy. In the statement released by its chief whip John Steenhuisen, the party further claimed that 350,000 jobs in the sugar industry are at risk because of the sugary drinks tax and called for a moratorium on the tax in Parliament.

The party is likely to continue the fight against the levy once Parliament resumes after the elections.

But Treasury’s Mpho Legote told Health-e that any current estimates on job losses are guesswork. The government will assess its impact on jobs after the levy’s first anniversary.

The DA acknowledges that there is ample scientific research to show that high sugar consumption can lead to various health problems which place a burden on the healthcare system, the party’s director of communications Mabine Seabe told Health-e News.

Sugary drinks are a major source of sugar consumption in children and adults and contribute to obesity and obesity-related diseases, including type 2 diabetes, according to a 2016 study published in the Diabetes & Endocrinology journal. The research found that “an incremental reduction in free sugars” in sugary drinks without using artificial sweeteners is predicted to reduce the prevalence of overweight, obesity, and type 2 diabetes.

But Rensburg argues the impact of the levy on poor people is “overstated” because sugary drinks aren’t included in any basic food basket and, as such, should not increase food prices. According to the Bureau for Food and Agricultural Policy, a “balanced food basket” includes starch, fruits and vegetables and about 25 other food items.

Experts argue that the impact of the tax on the sugar industry has been negligible, but that the industry is using the tax as a scapegoat for “longer-term structural challenges”.

“The South African sugar industry was excluded from preferential trade agreements with the European Union (EU) that saw sugar production move to other southern African countries who received the EU benefits,” said Nick Stacey, an Economist at PRICELESS, a research unit at Wits School of Public Health that assists government to develop cost-effective health interventions.

“The country’s sugar industry is not internationally competitive. The removal of the levy is not going to address these structural challenges and the industry will continue to reduce production and lose jobs,” explained Stacey.

Meanwhile, the Healthy Living Alliance (HEALA) says that “the sugar industry has been in crisis for more than a decade” caused by the halving of the world sugar price between 2009 and 2014 (from about US$600 a ton to about US$300 a ton), and a reduction in the European Community’s export quota for sugar “which many southern African sugar producers had access to under the Lomé Convention”.

“Sugar production in South Africa has dropped by around 33% between 2002 and 2012. Illovo reduced its workforce by 25% between 2009 and 2014 and three successive droughts have had a significant impact on cane production,” according to HEALA.

“Today, Illovo and Tongaat Hulett both source more cane from other sub-Saharan countries than South Africa because labour costs are cheaper. Regional production of sugar cane totalled 36 million tons in 2012, and South Africa’s share of total regional production dropped from 60% in 1992 to 40% in 2012. This is driving local job losses, not the HPL,” according to HEALA.

Meanwhile, a 2017 study published in the Preventive Medicine journal found there were no changes in Mexico’s national unemployment rates caused by the introduction of the sugar tax, and, there no jobs losses in commercial food stores or the manufacturing industry.

The DA’s attack on the levy is merely an electioneering gimmick, Stacey argued.

“I suspect the DA are opportunistically picking on the HPL because it is an election year and because the HPL is colloquially referred to as ‘sugar tax’ even though it’s a tax on just one source of sugar,” he said. “The DA is trying to score political points off of the general ignorance of the population to policy details.”

Meanwhile, the ANC, as the governing party, is in support of the tax. Motsoaledi says South Africa will be better off if the consumption of fizzy drinks decreases.

“(Minister of Co-operative Governance and Traditional Affairs) Dr Zweli Mkhize told me that the sugar industry came to him to complain that the tax is causing the population to suffer. He said he told them point blank that they talking for the benefit of [the industry’s] own profit — not the benefit of the population,” Motsoaledi told Health-e.

“It’s too embarrassing to tell the truth. They’re hiding behind poor people. When a poor person is affected by diabetes or cancer they have fewer resources to combat these diseases.”

While the Inkatha Freedom Party (IFP) supports the levy, the party also believes the sugar tax is “a job-killing tax bill”.

“Companies shouldn’t be taxed on their products. It’s the role of government to inform the public of the dangers in consuming too much sugar,” IFP’s Media and Communications Head Yaseen Carelse told Health-e.

“We can’t overburden the beverage industry with further tax increases. We would rather suggest that they should be responsible for warning consumers of their sugar content in a more explicit manner, and that together with government, promote healthier lifestyle choices.”

In February, the health department announced that it was working towards introducing simple warning labels about high sugar, salt and saturated fat on the front labels of processed food.

But the industry has repeatedly shown that despite claims that it will “self-regulate”, very little will change without legislation.

Pillay met industry stakeholders in March 2019 about their failure to reach their own goals in relation to both the marketing to children and portion size.

After this meeting, he took to Twitter noting the “(s)low progress in meeting voluntary commitments made in 2015 despite acknowledging that obesity and non-communicable diseases are at crisis levels”.

He said that, in conjunction with these meetings, the department was looking at ways of changing and enforcing advertising standards, which “aren’t good enough”.

“Industry is always theoretically committed, but we can’t trust that to turn into action,” he said.

Meanwhile across party lines, the African Christian Democratic Party supports the sugary drinks tax, but it believes “it’s not the most effective way of reducing obesity”.

Both the Economic Freedom Fighters and the United Democratic Movement did not respond to Health-e’s numerous requests for comment.

Motsoaledi said that while industry “complains bitterly”, the policy changes are starting to bear fruit.

“Before the tax, industry complained that the tax would have no effect on behaviour. But, one year later, they are complaining that sales have gone down. That is actually a reflection that the sugar tax does work,” said Motsoaledi. DM