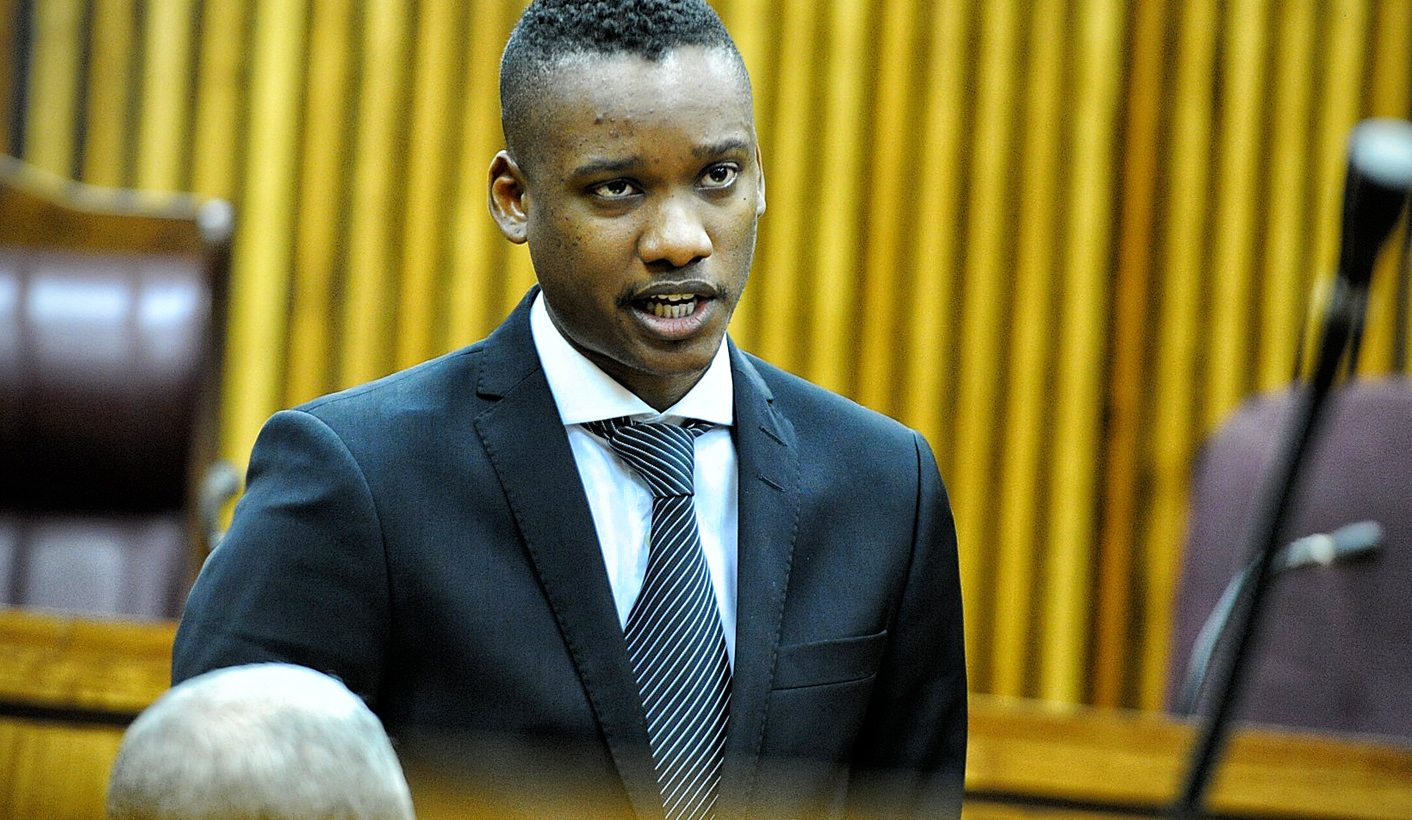 On Friday the Randburg Magistrate's Court dismissed Duduzane Zuma's legal team's application to have the culpable homicide and reckless driving case against him thrown out.

After running through the charges and case against former president Jacob Zuma’s son, Duduzane, Chief Magistrate Tebogo Thupaatlase ruled that the evidence presented by state witnesses was not of poor standard, and subsequently denied the defence application.

In making his case for a discharge and acquittal of Duduzane, defence lawyer Michael Hellens told the court on Wednesday that one of the witnesses’ evidence should not be considered because she refused to be cross-examined. Hellens argued that the state had failed to prove that Zuma had acted in a negligent manner.

Hellens told the court that Zuma’s car had a high propensity to aquaplane and that the former state president’s son could not have known that at the time of the crash, or that he could have anticipated a puddle of water in the middle of a freeway.

In response prosecutor Yusuf Baba argued that cars were being developed all the time, and that it was up to the individual driver to assume responsibility and exercise caution on the road. He maintained that state witnesses were consistent in their testimonies as their evidence was corroborated by other state witnesses.

The matter has now been set down for 15 to 17 May for the defence to present its case.

The prosecution was pleased with Friday’s ruling, with Gauteng NPA Spokesperson Phindi Mjonondwana saying that the prosecution always believed that the accused had a case to answer.

“We are happy with the decision as the NPA. Remember that the defence brought an application from 174 of the Criminal Procedures Act, fighting that the state failed to adduce evidence, also putting in doubt the credibility of state witnesses. But mostly we are glad that the evidence of state witnesses is not of a poor nature, and therefore couldn’t be ignored.”

On Friday the National Prosecuting Authority had a meeting with the families of victims. Mjonondwana said the NPA had to meet with the families of the victims to brief them and make sure that they understood what had transpired. “And, in that meeting they looked relieved and are obviously awaiting the finalisation of the case. All there is for now is for the NPA to explain what will happen onwards from today,” said Mjonondwane.

Asked if she was confident of the state’s case, Mjonondwana said: “Ours is to prepare witnesses and a formidable case, and that there was only one platform to determine that and that it was the court of law.

The Black First Land First movement was again at court to support Zuma. BLF Deputy President Zanele Lwana said what the judgment meant was that the fight would go on.

“The fight goes on. The courts and judiciary is captured in this country. It’s captured by the likes of Cyril Ramaphosa and racist groups. Afriforum threatened the NPA that they will prosecute themselves if they did not prosecute,” Lwana said.

“Afriforum which takes advantage of black people in this country shouldn’t be used for blackmail purposes,” Lwane said when asked if she thought Zuma should not answer for his crimes.

“Our view is that there has been political interference in this case. This case is used by racist Afriforum land thieves who killed our people because they want to get at his father. We will never allow racists like Afriforum to manipulate courts,” Lwana said.

The group continued to picket outside court, some of them accusing the court of corruption and siding with the state.

If Zuma is finally convicted of culpable homicide, he could face a minimum of 10 years imprisonment. DM