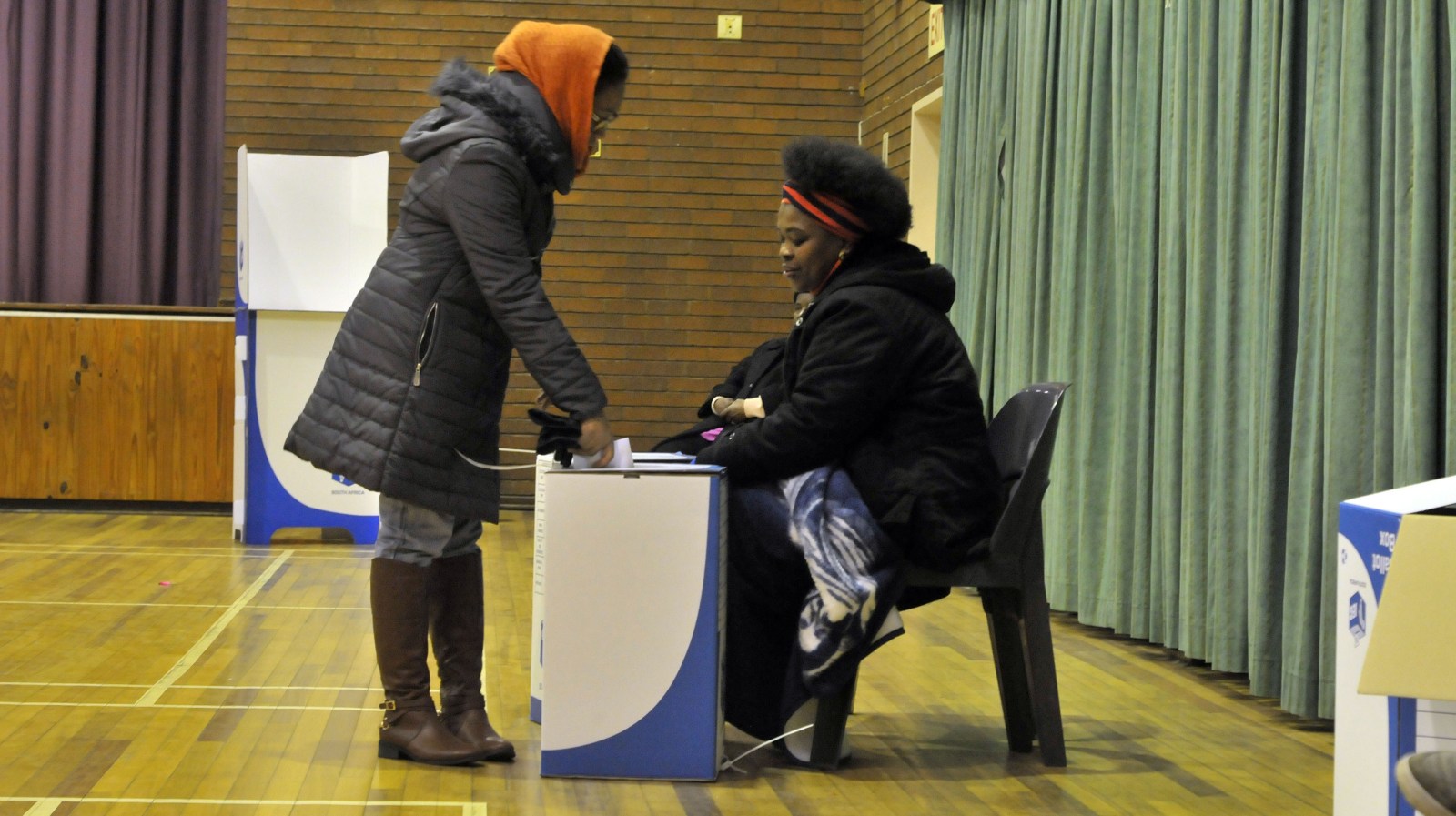 Archive Photo: A voter casts her ballot at a station in Blairgowrie Recreation Centre during the Local Government Elections on August 03, 2016 in Johannesburg, South Africa. (Gallo Images / Photo by Dino Lloyd)

On Wednesday, 27 March, Judge Siraj Desai listened to arguments as to why the Electoral Act should be amended before the 2019 elections to allow candidates who are not interested in joining or forming a political party to stand as individuals to be elected for national and provincial elections.

Independent candidates should be allowed to contest the general elections.

So argues the New Nation Movement that has gone to court to challenge the Electoral Act which currently only allows candidates from political parties to contest the general elections.

In speaking about the context of how the Constitution was created, Advocate Alan Nelson, representing the New Nation Movement, argued that “the founding fathers never intended that it would be like this forever”.

In response to Nelson’s argument about independent candidates, Judge Desai asked: “What bars Chantal Revell (the second applicant) from calling herself the Chantal Party? Patricia de Lille calls herself the GOOD Party. What’s barring the second applicant from paying the deposit and calling herself a party? Isn’t this argument about seeing a problem where there is none?”

“One person can’t be a party,” said Nelson adding that “being compelled to be aligned with a political party” contradicted the right to freedom of association and that this needed to “urgently” be rectified.

Nelson argued that the amendment of the Electoral Act would “pave the way for ethical leadership”. Nelson further argued that Section 19 makes provision “to campaign for a political party or cause”. Nelson emphasised that campaigning for a cause was what his clients wanted. This was “important for the political future,” Nelson told the court.

Chantal Revell, the second applicant, is a princess of the Korona Royal Household, one of the five official Royal Priesthoods of the Khoi and San First Nations. Revell feels that the people in the National Assembly do not prioritise issues affecting the First Nation People.

“Even though there are many women in Parliament, none of these speak for the First Nation Peoples. They all seem to have other political agendas and loyalties that take precedence over the needs, interests and concern of my people, ” Revell’s papers state.

Advocate Nazeer Cassim, representing the Department of Home Affairs, told the court that “the onus” was “on the applicant to demonstrate that their constitutional rights have been infringed”. The second applicant said that she was “a good woman” who “wants to do good but she doesn’t give solutions”. “Why is she so special that she doesn’t form a political party and find solutions?” asked Cassim.

Advocate Steven Budlender, representing the Independent Electoral Commission (IEC), told the court that Section 19 of the Constitution “locates political parties at the centre of political activities”. Budlender described Nelson’s arguments as “political arguments” which were different from “arguments of law”.

“The political argument” that Nelson made was that “we don’t have a government based on the will of the people,” said Budlender. “This isn’t a matter of constitutional law,” Budlender told the court.

He argued that the “application is ill-conceived” and should be dismissed. Budlender pointed out “that at best we’re talking three years” if the Electoral Act were to be amended.

Nelson was of the view that “it can be resolved timeously. Three months will be more than sufficient”.

Judgment is reserved for 17 April. DM